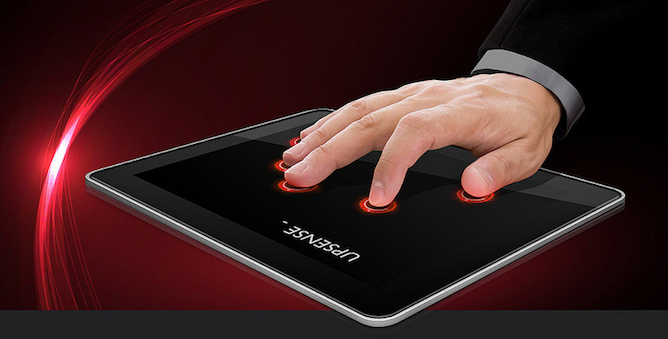 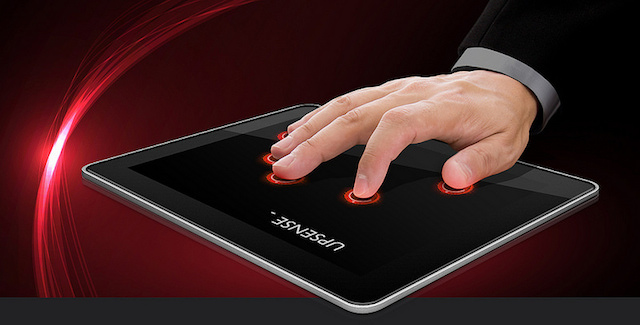 The amazing thing about crowdfunding is that even though thousands of startups are vying for capital funds – and thousands more have already sought them – original ideas still pop up all the time and many of them are worth funding.

Seeing that some blue-and-white ideas have already chalked up mega successes on crowdfunding platforms, it makes sense that new Israeli startups are turning to the public for help.

Like Inpris, the company hoping to change the way we type on smartphones and tablets. The Israeli father-and-son team developed UpSense, a mobile app offering an invisible touchscreen keyboard based on intuitive finger gestures.

Israeli President Shimon Peres tried it at Google Israel’s R&D headquarters and said, “This will be a tremendous help to millions of people who until now had no alternative. It’s a brilliant idea.”

Although Inpris has participated in prestigious entrepreneur programs, the startup that could change the future for the visually impaired has turned to the indiegogo community to help launch its Super Braille Keyboard.

The founders promise that upon reaching the $50,000 goal, the company will donate free versions to people with visual disabilities “and change their world.”

On the health front, two Israeli cousins were inspired to create the Airoboom — a high-tech vaporizer for smoking medical marijuana — after watching their uncle battle cancer. It turns out the marijuana helped their uncle deal with the pain but he found the smoking hurt his lungs. So, they launched a crowdfunding campaign to help them manufacture their new device.


Another cool idea now seeking funds is MyTennisCam — a camera to help all tennis players to play like a pro.

The small camera is positioned on the pole holding the net and turned to face the court. During play, the camera tracks a slew of statistics and then organizes them for the player on its mobile app. It’s like having a personal coach and scorekeeper all rolled into one.

What happens when you mix technology with a social action plan? LerGO — a non-profit educational venture – hopes to “provide free, animated and interactive online lessons for all children, anywhere, at any time.”

LerGO was started by an Israeli mother of three who also happens to be an expert on cloud technologies.

“I founded LerGO because I believe the time is right for technology to step up and improve and democratize kids’ education — making it accessible, fun and free for all kids, regardless of their socioeconomic background, language or learning style,” founder Nava Levy writes on the Indiegogo campaign site.

The first version user interface will be provided in English, Hebrew, Arabic and Russian.

The crowdfunding money – she’s aiming for at least $50,000 — will fund the development and hosting of the platform’s first release.

This proposed documentary film would look at the underbelly of Israeli society, focusing on a group of immigrants who dance to escape their poverty-stricken, hard-knocks lives, and save themselves and the next generation.

UNCOVER ISRAEL - Get the ISRAEL21c
Weekly Edition free by email
Sign Up Now!
Bring Israel's story to life.
Millions of people around the world rely on us to gain a deeper understanding of Israel. We are the trusted source for original content you won't find anywhere else.
You can make a difference. Donate today to support journalism that brings Israel’s story alive.
SUPPORT ISRAEL21c
Read more on:   Spotlight in Israel