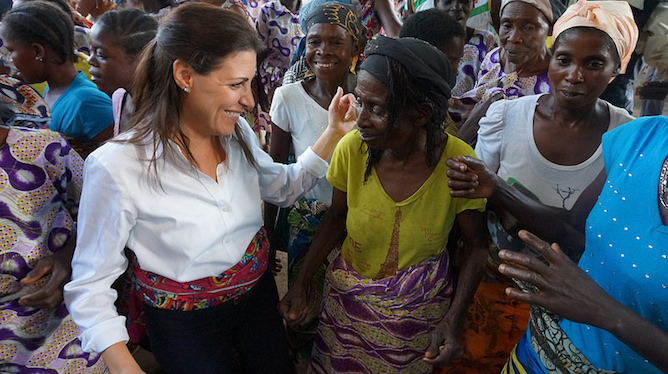 In the years since then, the Foreign Ministry’s MASHAV, Israel’s Agency for International Development Cooperation, has not only kept that promise, with myriad projects primarily in Ethiopia, Ghana, Kenya, Rwanda, Senegal, South Sudan and Uganda, but private Israeli companies and nonprofit organizations have also pitched in.

As ISRAEL21c has reported, companies and organizations of all shapes and sizes have lent their expertise and people-power to improve life in Africa. To top this off, Israeli agencies such as IsraAID consistently send relief teams to alleviate food and medical emergencies in countries including Kenya and South Sudan.

MASHAV Director of Policy Planning Ilan Fluss tells ISRAEL21c that as a small country of only eight million people, Israel can’t invest as much in African aid as larger countries can. However, measuring impact in terms of results puts Israel in a singularly impressive light. “We are constantly making more programs and more partnerships,” he says.

Africa Initiative involves an Israeli investment of $7 million and a German investment of $70 million for a joint mission to aid Kenya, Ghana and Ethiopia in agriculture, water management, food security and health.

The volume of projects is too vast to cover in one article, so here we focus on some of the most notable Israeli aid programs for Africa in recent years, grouped into categories to illustrate just how extensive the impact is.

Malaria, the most devastating disease in sub-Saharan Africa, claims the life of a child every 30 seconds. Researchers at the Kuvin Center for the Study of Infectious and Tropical Diseases at the Hebrew University of Jerusalem are dedicated to helping Africa wipe out this disease just as Israel did in the 1940s.

In December 2013, the university’s Hadassah Braun School of Public Health hosted an international conference of malaria experts to formulate a new strategy for African nations. Representatives from Gabon and Zanzibar were there to see what conclusions they could bring back home, where anti-malaria efforts have been only partially successful. 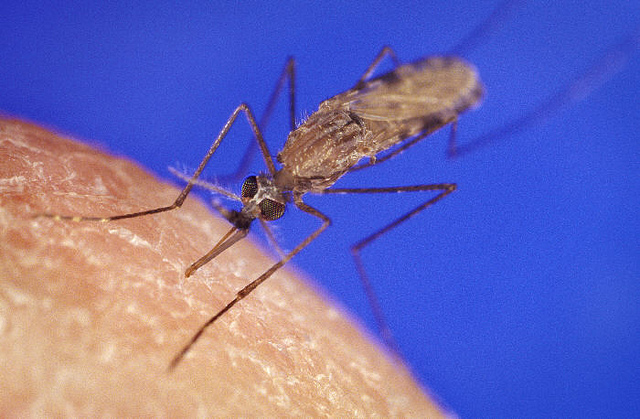 In 2011, a team of Israeli neonatologists went to Kumasi, Ghana’s second-largest city, to train local doctors and nurses in advanced, low-cost methods to address the city’s high infant mortality rate. The doctors, sent by the Alliance for Global Good in cooperation with MASHAV, also established two new neonatal units in Kumasi’s sole hospital.

An Israeli-built emergency room at Kisumu East District Hospital in Kenya was put together in less than a month by Israeli engineers and medical specialists in 2011. It is the hospital’s first fully-equipped ER and serves a region of six million people.

Israel has been instrumental in the drive to provide voluntary circumcision to African men as a proven method to reduce the risk of contracting HIV infection.

A circumcision clinic for Zulu men set up in 2011 by Israeli doctors in the AIDS-stricken province of KwaZulu-Natal, South Africa, has treated thousands of men. PrePex, a non-surgical circumcision device from Israel’s Circ MedTech, was prequalified last summer by the World Health Organization (WHO) for use in 14 African nations with high rates of new HIV infections.

Nurse-educators at Jerusalem’s Herzog Hospital lead videoconference classes for healthcare personnel at a Christian hospital in rural Ghana in topics such as diabetes prevention and treatment. The live-streaming video setup was donated by Rotary International’s Jerusalem chapter and a partner chapter in Windsor, Ontario (Canada). Diabetes has been dramatically increasing in Africa, with four million cases in Ghana and rising. 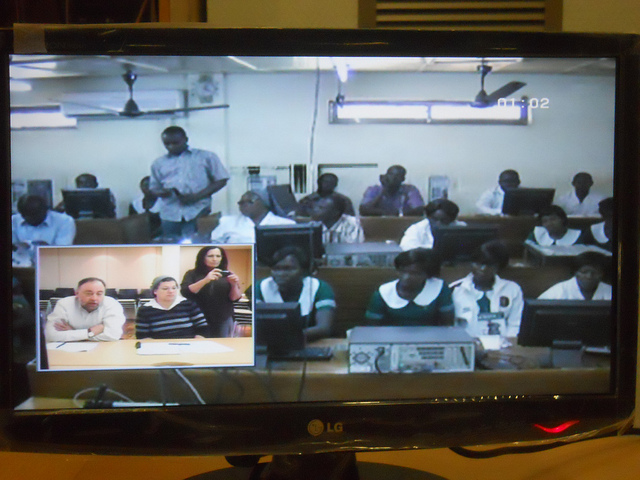 For the past six years, Prof. Zvi Bentwich of the Center for Emerging Tropical Diseases and AIDS at Ben-Gurion University of the Negev has been working toward ridding Ethiopia of common parasitic infestations that contribute to AIDS, tuberculosis epidemics and other serious health problems particularly in children. Israelis in his NALA Foundation distribute anti-worm tablets and educate hundreds of thousands of Ethiopians on prevention.

GrainPro markets a simple, inexpensive product developed by Prof. Shlomo Navarro in Israel, intended to help farmers keep their grain market-fresh by sealing out water and air. About 50 percent of every grain and pulse harvest in the developing world is lost to pests and mold, but the GrainPro bags are bringing that number down in Africa and Asia. 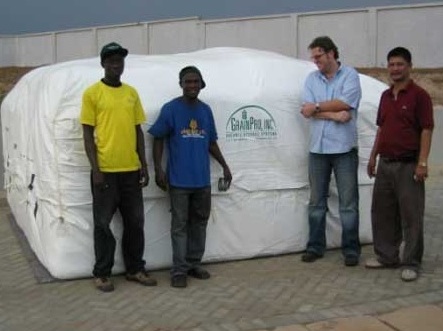 In 2012, the Foreign Ministry signed a cooperation agreement with Kenya and Germany to bring advanced Israeli fish-farming technologies and training to aid the millions of Ugandans, Kenyans and Tanzanians whose livelihoods depend on the catch from Lake Victoria. Back in 2009, Hebrew University Prof. Berta Sivan spearheaded a multiyear project to reintroduce nutritious carp to Ugandan fish farms on the lake.

After fighting the oil industry, 20,000 Nigerian “rebels” received free land for developing farms. But where could they learn agricultural and farm management skills? At the Galilee International Management Institute in northern Israel, a nonprofit institution that has trained cohorts of Nigerians in many different skills over the past 20 years. In 2011, one-month agricultural training courses were devised for several groups of former rebels.

When the Central Bank of Kenya sought a partner to do an eight-month training program for students in the Kenya School of Monetary Studies, they turned to Israel’s Galilee International Management Institute. That’s because many Kenyan bank managers were already graduates of its twice-yearly program in international banking management. The 2012 program also provided in-depth analysis services that helped the bank formulate better policies on pensions, training and human resources management. 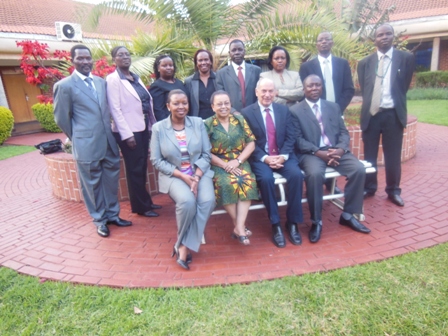 A similar model for small business has been introduced to residents of rural villages in Ethiopia, Tanzania, Malawi, Uganda and South Africa by Innovation: Africa , an award-winning non-profit project founded by Sivan Ya’ari to use sustainable Israeli technologies to improve lives in developing African nations. 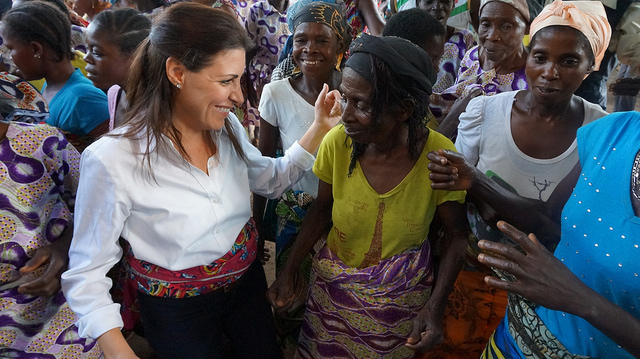 Sivan Ya’ari teaches women how to charge cell phones to pay for light bulbs and batteries.

Following a gas-line explosion in September 2011 that sent more than 100 Kenyans to Kenyatta National Hospital with burns, Israel sent 360 kilograms of supplies including bandaging equipment, infusion sets, ointments and painkillers. The aid package was coordinated through the Israeli ambassador to Kenya and MASHAV.

An advanced mobile app for emergency responders developed by Israel’s NowForce was adopted last year by Nigeria to dispatch and coordinate police, firefighters and other public-safety agencies. It locates and alerts individual team members wherever they are. Like many African nations, Nigeria has more mobile than land lines. 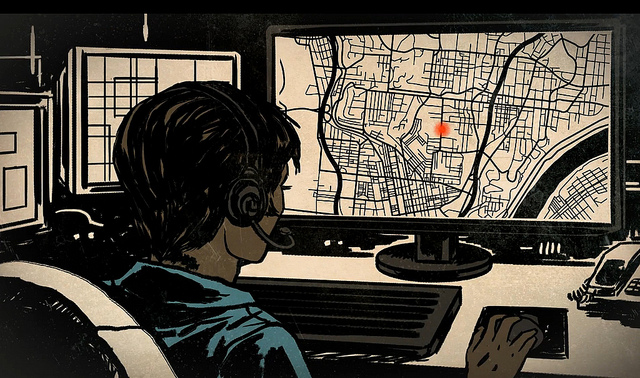 An IsraAID team went to South Sudan in 2012 to inaugurate a social-worker training program on sexual violence in cooperation with the Israeli NGOs FIRST and Operation Blessing-Israel. Counselors from Confident Children out of Conflict, an organization that provides a safe house for more than 400 abused, abandoned or at-risk girls from the South Sudan slums of Juba, learned to identify and address gender-based violence such as rape and forced marriage.

The Kenya Ministry of Education sought MASHAV’s help in promoting and implementing education for sustainable development (ESD) in Kenya. The Institute for Education for Sustainable Development at the David Yellin Academic College of Education in Jerusalem developed the curriculum, and teacher training sessions were held in Kenya and in Israel.

The first ESD project launched in August 2013 at the Joel Omino Mixed Secondary School, where children are learning technology and physics through water purification; science through organic agriculture; economics and entrepreneurship through establishing an organic bakery; history and traditional society by building traditional Luo-tribe houses; and conservation by utilizing recycled materials for art work. Demonstration centers will be set up to serve as training sites for other schools throughout Kenya.

Jerusalem science teacher Amir Yechieli began a small company, Yuval Mayim, to build rainwater catchment systems on school rooftops to conserve and reuse the water. Last year, he flew to Kenya to help build a similar system for some 600 villagers without running water. The Jewish National Fund gave him money to develop a rainwater catchment system at Kampala University in Uganda, where he expects to halve the monthly $15,000 water bills.

Energiya Global, the Israeli affiliate of Gigawatt Global Coöperatief, recently secured $23 million in financing and about $710,000 in grants for an 8.5-megawatt solar energy plant in Rwanda. This will be East Africa’s first utility-scale solar field, and is expected to supply eight percent of the country’s energy needs.

Israel’s Paulee CleanTec was hailed at the World Toilet Summit in South Africa in 2012 for its revolutionary toilet that needs no water and leaves no waste.  The World Toilet Organization reports that one in three South African households lacks access to proper sanitation and 40 percent of households globally face the same problem.

Former Israeli diplomat Ornit Avidar is taking Israel’s “soft” water solutions — decentralized, simple to use and maintain, consuming little energy — and applying them all around Africa through her company Waterways, a channel for Africans to access Israeli technology.

Among the Israeli partner companies she is introducing to various African countries are SunDWater, which cleans water in off-grid locations using condensation made from solar rays; water resources management company Tahal and Anyway Solutions, a global leader in providing soil stabilization products to the infrastructure and development sectors. 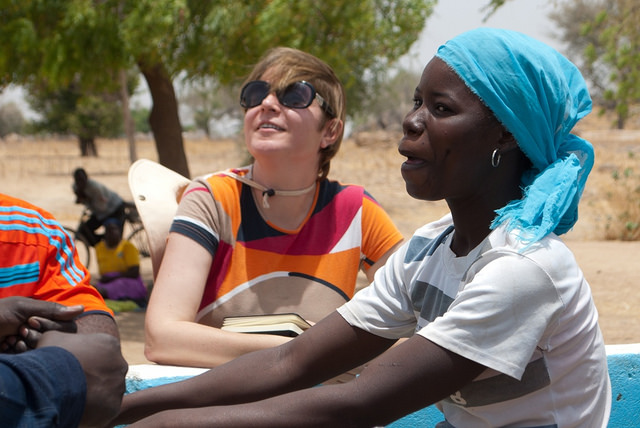