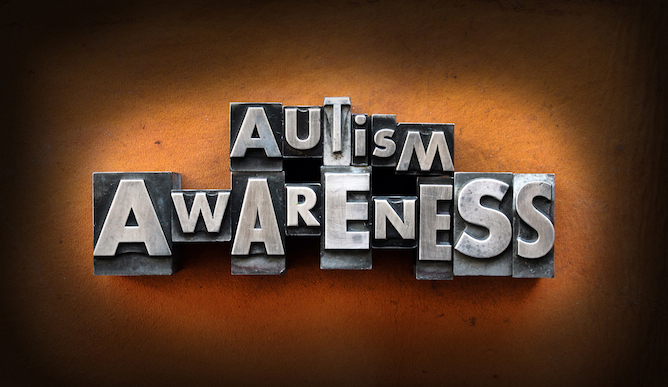 In recent years Israel has become a major hub for studies on autism, a neurodevelopmental disorder that is today the second most prevalent among children.

People with autism, which is included in a group of developmental disorders known as the autism spectrum disorders (ASD), have social and communication difficulties that often make it hard for sufferers to leave home and live independently. They often engage in repetitive behavior, and can have intellectual disabilities.

Israel offers a range of diagnostic, supportive and educational services for families of autistic children, such as the Mifne Intervention Program in Rosh Pina, which treats Israeli and foreign children from infancy to age two; and ALUT: The Israeli Society for Autistic Children, providing services and programs from the time of diagnosis through adulthood.

During April, World Autism Awareness Month, ISRAEL21c looks at 10 ways Israel excels in autism research, as well as innovating products and services for families of children with autism.

1. The BioHug Vest by Haifa-based BioHug Technologies provides hug-like pressure to soothe people with autism. The portable, non-restraining vest works on the proven principle that pressure on certain parts of the body has a measurable calming effect. The vest’s air bubbles can be pumped up automatically according to a pre-defined script, or manually via remote control, while the location and duration of the “hug” can be varied. It’s used primarily in school and therapeutic settings. 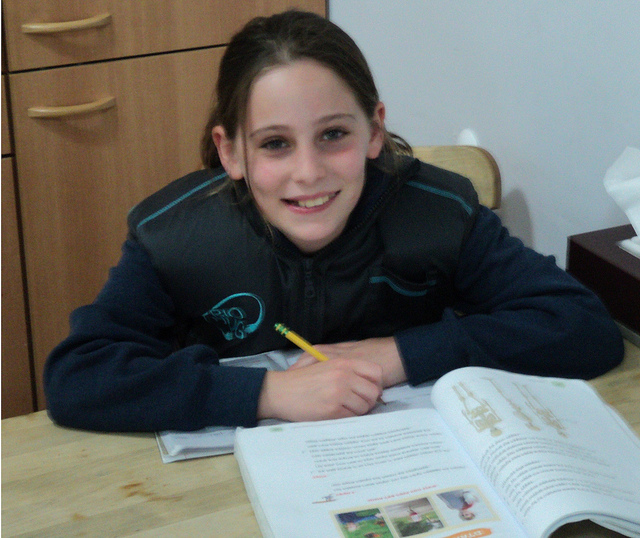 A child doing homework while wearing the BioHug.

2. Neurobiologists at the Weizmann Institute of Science, along with colleagues in the United States, identified a method of accurately identifying a biological sign of autism in very young toddlers by scanning their brain activity during sleep. Children with autism exhibited significantly weaker synchronization between brain areas responsible for language and communication. Using the scans, the scientists were able to identify 70% of the autistic children between the ages of one and three, a target age for early intervention.

3. Production of the hormone oxytocin (the “love hormone”) is stimulated by reproductive activities such as sex, childbirth and breastfeeding. Researchers at the Hebrew University of Jerusalem showed in 2011 that people with autism have half the normal amount of oxytocin in their blood. A 2013 study, at Jerusalem at Hadassah University Medical Center’s obstetrics and gynecology department, found that disruptions in prenatal exposure to oxytocin may be associated with autism. It’s another piece in the puzzle of how oxytocin affects child development.

4. Dogs for People, founded in 2006 by trainer Paul Elmakes, uses dog-handling courses to build human participants’ self-esteem and communication skills. Partner Asia Pavis told ISRAEL21c, “Autistic children respond well to the highly communicative canines. This is good for kids who have trouble expressing themselves to the outer world. The dog gives them a reward and motivation to keep trying to reach out and connect and not stay in their bubble. We see that children who didn’t speak a word are starting to speak to the dogs.” 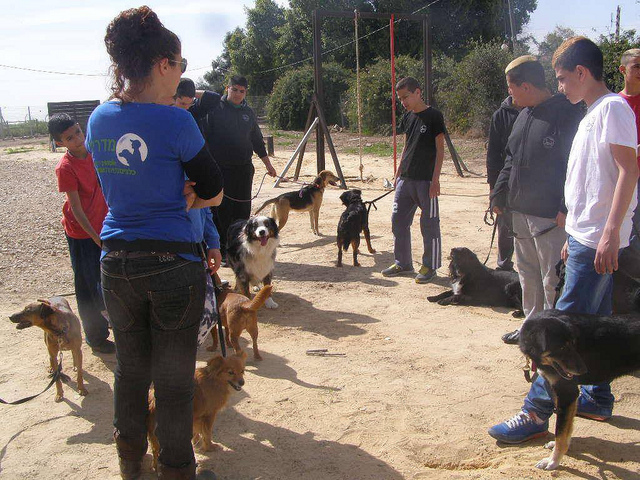 5. Children conceived through in-vitro fertilization (IVF) are three times more likely to have mild to moderate autism, according to a 2010 study done at Assaf Harofeh Medical Center near Tel Aviv, one of the country’s leading academic hospitals. The study revealed that 10.5 percent of surveyed children diagnosed with ASD were conceived using IVF – a significantly higher number than the 3.5% rate of autism in the general Israeli population.

6. Yad Hamoreh (“Teacher’s Hand”) is a one-of-a-kind Jerusalem public elementary school that integrates about 50 severely to moderately autistic children with 187 first- through sixth-graders without autism. The pupils have separate classes within the building but join for all other activities, from eating to swimming and even music, horticulture and animal therapy sessions. Educators from other countries often visit to learn how they might replicate the program at home. 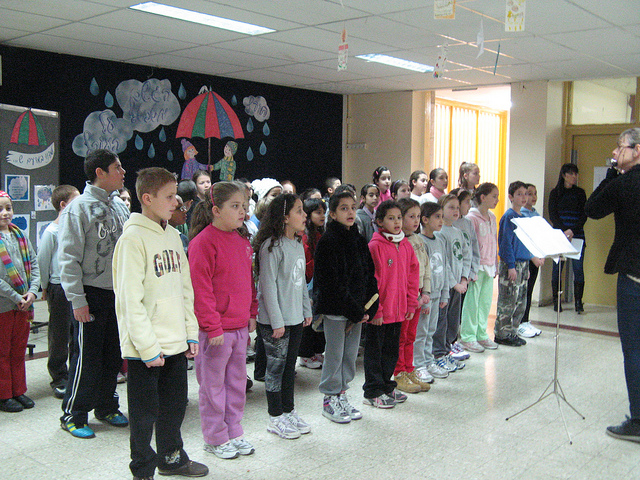 Children with and without autism sing in the Yad Hamoreh choir.

7. A 2012 Sheba Medical Center/Tel Aviv University study showed a possible genetic connection between autism and schizophrenia, based on data from Israel and Sweden. Both disorders are characterized by social and cognitive dysfunction. People with a schizophrenic sibling are 12 times more likely to have autism than those with no schizophrenia in the family.

8. Hebrew University geneticists provided a better understanding of the genetic pathways involved in autism by scrutinizing genetic data from thousands of families with autistic children. Mutations and common gene variants found in autistic individuals were found to be located in specific functional groups.

9. During the first week of March 2014, leading Israeli and Canadian autism researchers convened for the First Canada-Israel ASD Symposium at the Hebrew University of Jerusalem. Conference participants shared the latest research and lay the groundwork for binational collaborations.

10. Researchers at the Hebrew University, together with scientists at New York University and Princeton University, discovered that body language conveys a much clearer message than do facial expressions when trying to decipher someone’s mood. Dr. Hillel Aviezer told ISRAEL21c: “From a practical-clinical perspective, the results may help researchers understand how body/face expressions interact during emotional situations. For example, individuals with autism may fail to recognize facial expressions, but perhaps if trained to process important body cues, their performance may significantly improve.”

UNCOVER ISRAEL - Get the ISRAEL21c
Weekly Edition free by email
Sign Up Now!
Bring Israel's story to life.
Millions of people around the world rely on us to gain a deeper understanding of Israel. We are the trusted source for original content you won't find anywhere else.
You can make a difference. Donate today to support journalism that brings Israel’s story alive.
SUPPORT ISRAEL21c
Read more on:   asd, Canada Israel, BioHug, Autism, Research, Health, Hebrew |University of Jerusalem, Dogs