Israeli scientists are using technology to transform the lives of the world’s vision-impaired. Photo via shutterstock.com

October 10 is World Sight Day – a perfect opportunity to present some of the amazing advances coming out of Israel for treating medical conditions of the eye and making life easier for people who are blind or visually disabled.

Ongoing research at Israeli universities is constantly testing new approaches, such as sensory substitution devices, or a substance in algae that improves vision in people with retinal disease.

Here are 10 of many Israeli innovations that are already, or someday will be, transforming the field of vision.

The miniature telescope is implanted in one eye to enlarge central vision images over a wide area of the AMD-damaged retina. The other eye provides peripheral vision for mobility and orientation. In January 2014, the device is due to receive approval for Medicare and Medicaid reimbursement in the United States. 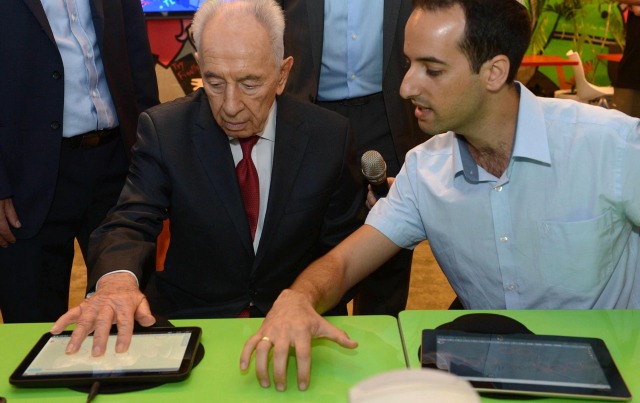 Israeli startup Inpris developed UpSense, a mobile app offering the first fully gesture-based keyboard to enable people with visual impairment to type on tablets and smartphones using customizable gestures. The app also has a mode for those already proficient in Braille typing.

Co-founder Nissan Yaron recently let Israeli President Shimon Peres try his hand at UpSense when Peres was visiting Google Israel’s startup space in Tel Aviv, where Inpris is incubated. The company was one of eight international startups chosen to participate in the summer 2013 Google for Entrepreneurs Blackbox Connect program.

OrCam camera device by Hebrew University Prof. Amnon Shashua attaches to eyeglasses and is wired to a portable computer in the wearer’s pocket. Using bone conduction technology, it “speaks” text (menus, street signs, grocery labels, newspapers) as well as bus numbers and other objects that the user points to. It can even recognize faces and monitor traffic lights.

Gestures such as shaking or waving “teach” the device to recognize images not already programmed into it. After three years of testing, OrCam is sold online in limited quantities; the September supply of 500 was snatched up quickly at a cost of $2,500 each.

Project RAY, the world’s first smartphone for people with visual disabilities, debuted in Israel and launched earlier this year in the United States in collaboration with Qualcomm, Amazon and T-Mobile.

The Israeli company Nano Retina is one of 10 international finalists in the running for a $1 million R&D award from Israel Brain Technologies, for developing Bio-Retina. Winners are to be chosen on October 15.

The company’s implantable artificial retina is activated by eyeglasses fitted with a laser energy source to transform light into neuron-stimulating electrical impulses. The technology could restore vision to people blinded by retinal diseases. 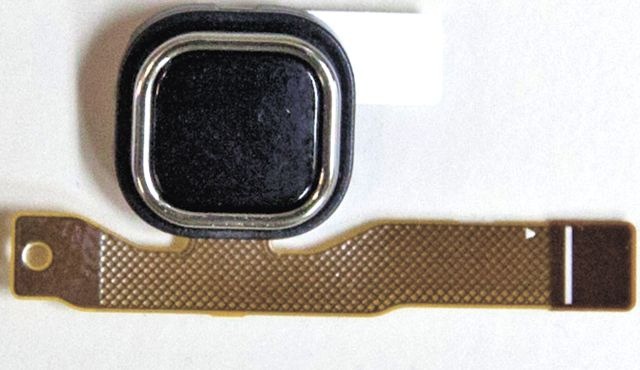 A prototype bionic contact lens developed by researchers from Tel Aviv and Bar-Ilan universities “presses” images onto the eye to help the brain decipher what the wearer is looking at. A beta version could be ready in two years.

Electrical signals are sent to the lens from a small transponder clipped to a pair of glasses or downloaded to a smartphone. The signals transmit an encoded image to the wearer’s cornea. Because the cornea has the highest density of touch sensors in the whole body, it can translate the image into a tactile sensation that can be interpreted visually. 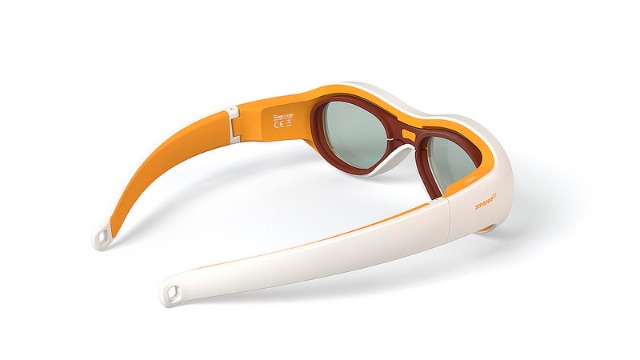 Amblyz electronic eyeglasses, based on a patent owned by Dr. Omri Ben Ezra, treats childhood amblyopia, or “lazy eye,” via an automatic shutter that makes one lens intermittently transparent or opaque. It is the first alternative to patching or blurring the strong eye in order to force the weaker eye to function and develop normally.

Amblyz was introduced to the market a year ago by XPAND 3D. Last month, the multinational company received an innovation prize for the device at the International 3D Society Awards in Hollywood.

Recent advances in opto-genetics make it possible to restore light sensitivity to vision cells of people who suffer from retinitis pigmentosa, a degenerative genetic disease of the retina. However, reconnecting these restored cells to the brain is not yet possible.

Prof. Shy Shoham at the Technion-Israel Institute of Technology is developing a futuristic tool embedded in a prosthetic headset – somewhat like Google Glass — to bypass neural circuitry and directly stimulate restored vision cells with computer-driven holography. Commercialization is five to 10 years down the line.

For more than a decade, the ExPRESS miniature glaucoma shunt implant has revolutionized the way eye surgeons treat this blindness-causing condition resulting from fluid buildup. Glaucoma affects about 13 percent of people above age 60.

Developed at Israel’s Optonol (now part of Alcon) based on research by Dr. Michael Belkin of Tel Aviv University and Sheba Medical Center, ExPRESS has been used in more than 60,000 patients worldwide.

Tel Aviv-based Notal Vision makes the first FDA-cleared, teleconnected home-based system to monitor age-related macular degeneration (AMD) between eye exams, resulting in earlier detection of important visual changes in this common and serious condition. The system posts the patient’s current data on a secure website where the physician can review it at any time. 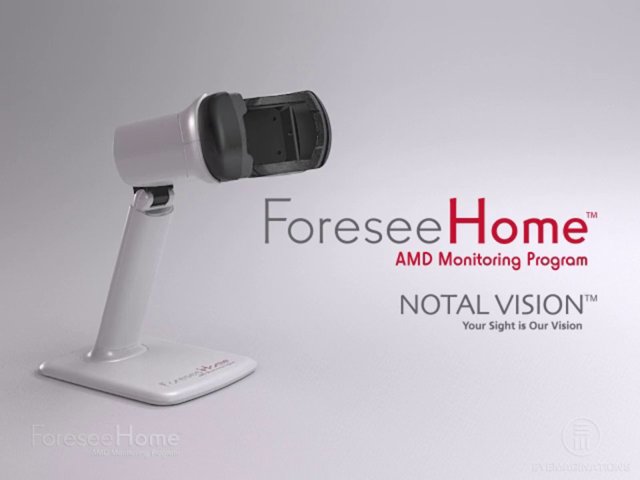 Founded by a team of Israeli eye doctors in 2000, Notal first developed a method for ophthalmologists to detect AMD at an earlier stage. In 2009, Notal got FDA approval for its revolutionary ForeseeHome AMD Monitor, sold out of its St. Louis headquarters.

UNCOVER ISRAEL - Get the ISRAEL21c
Weekly Edition free by email
Sign Up Now!
Bring Israel's story to life.
Millions of people around the world rely on us to gain a deeper understanding of Israel. We are the trusted source for original content you won't find anywhere else.
You can make a difference. Donate today to support journalism that brings Israel’s story alive.
SUPPORT ISRAEL21c
Read more on:   Bionic contact lens, Living, Research, Medical devices, Biotech, Health, Vision technologies, Eye health