The rare stone toilet is 2,700 years old. Most likely used by one of the dignitaries of Jerusalem. Photo by Yoli Schwartz/Israel Antiquities Authority

In October, we reported on a rare 2,700-year-old bathroom discovered by archeologists in the garden of a seventh century BCE royal estate on what is now the Armon Hanatziv promenade in Jerusalem.

At that time, only the rich could afford such a luxury. Archeologist Yaakov Billig of the Israel Antiquities Authority next to the ancient toilet in Jerusalem. Photo by Yoli Schwartz/IAA

But a study of the contents of the septic tank underneath the fancy carved limestone toilet has revealed that the privileged people who used it were plagued with roundworm, tapeworm, whipworm and pinworm.

Tel Aviv University and Israel Antiquities Authority researchers report in the International Journal of Paleopathology that eggs from these intestinal parasites were extracted from soil in the cesspit. 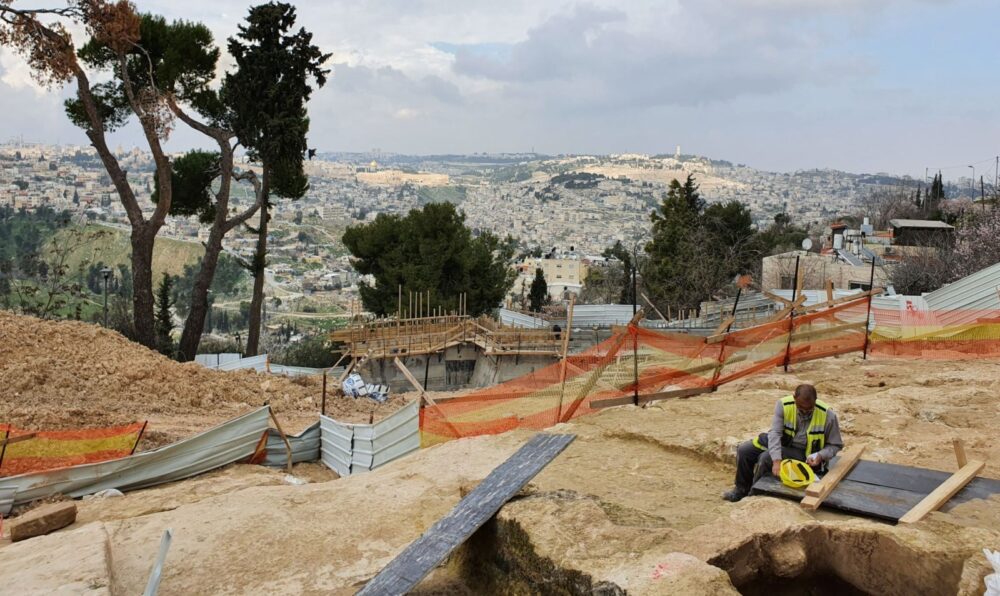 Dafna Langgut, director of Tel Aviv University’s Laboratory of Archaeobotany and Ancient Environments, said the well-preserved eggs indicate that the residents of the mansion probably suffered from abdominal pain, nausea, diarrhea and itching. 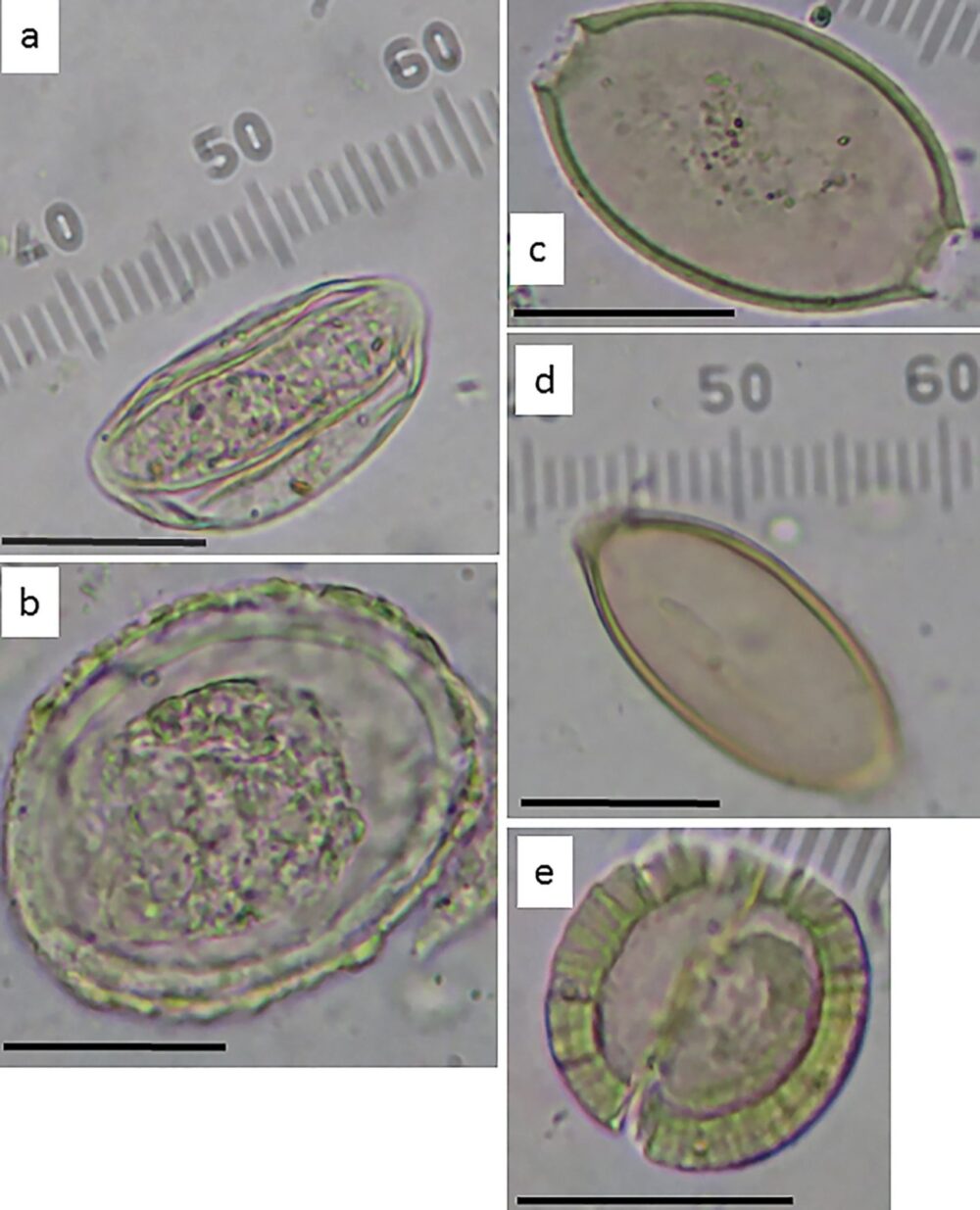 Some of the parasites found, she noted, “are especially dangerous for children and can lead to malnutrition, developmental delays, nervous system damage, and, in extreme cases, even death.”

Langgut says the intestinal infestation might have been due to fecal contamination of food and drinking water, or poor bathroom hygiene.

Other possible sources of infection were the use of human feces to fertilize field crops and the consumption of improperly cooked meat. 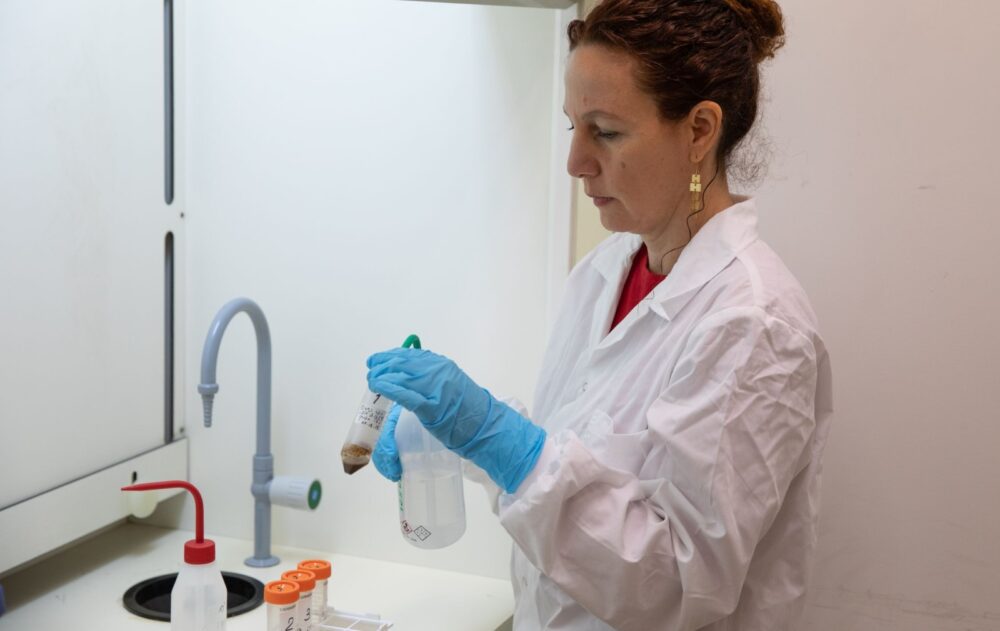 In those days, there were no medical treatments for intestinal worms, so people likely suffered with them for years. Today, these parasites still exist but can be treated effectively.

According to Eli Escozido, director of the Israel Antiquities Authority, “The research conducted by the Israel Antiquities Authority and our partners manages to touch on the finest details of everyday life in antiquity. Thanks to advanced equipment and fruitful collaboration with complementary research institutions, it is now possible to extract fascinating information from materials that we previously didn’t have the tools to handle scientifically. Today, archeological research is leading to a better understanding of past lifestyles.”

Langgut is conducting additional analyses on the sediments collected from the cesspit in order to learn about the diet and medicinal herbs used in Jerusalem in the late Iron Age.

UNCOVER ISRAEL - Get the ISRAEL21c
Weekly Edition free by email
Sign Up Now!
Bring Israel's story to life.
Millions of people around the world rely on us to gain a deeper understanding of Israel. We are the trusted source for original content you won't find anywhere else.
You can make a difference. Donate today to support journalism that brings Israel’s story alive.
SUPPORT ISRAEL21c
Read more on:   toilets, Archeology, Spotlight on Israel, Health