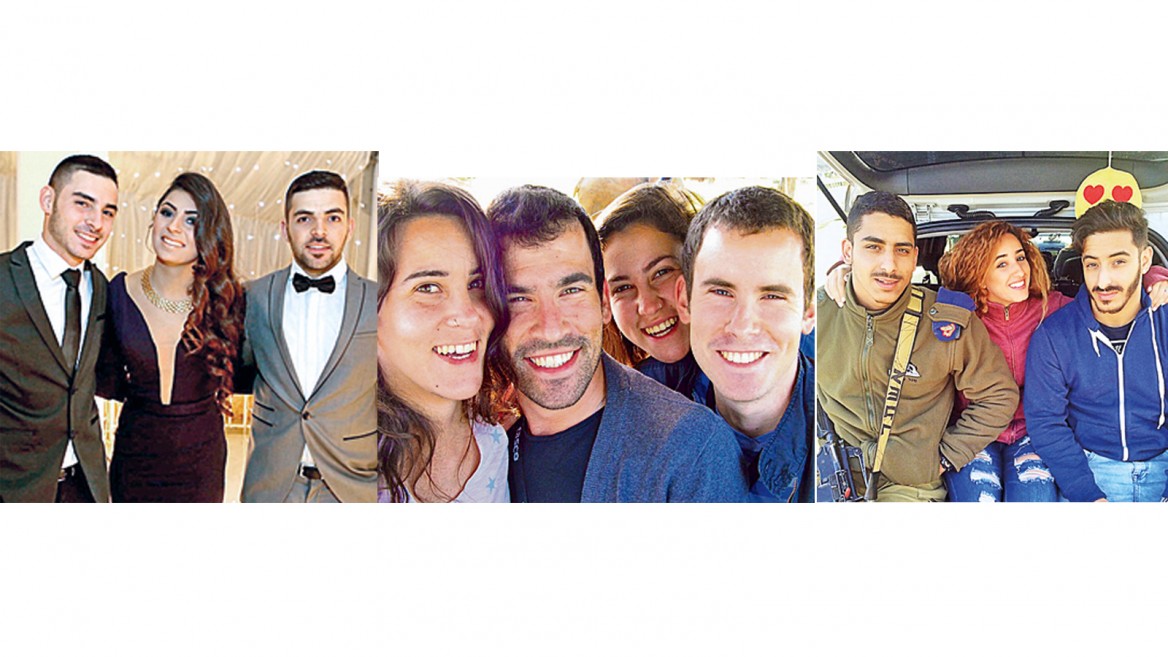 Or, Dor and Mor are two brothers and a sister — triplets, to be more exact.

While the rhyming siblings may have questioned their parents’ name choices over the years, they grew up believing they were unique.

And then, 20-year-old Mor Ashtar, of Kiryat Ata in the Haifa district, uploaded a photo of herself and her brothers to a Facebook page for IDF soldiers. While others simply clicked on the ‘like’ button, Mor Levy of Nazareth-Ilit laughed at the unusual coincidence before her eyes. She, too, is a triplet and her brothers’ names are Or and Dor.

The funny anecdote has hit the headlines in Israel as it unfolds and has become a source of amusement on social media.

Dor Groner, 28, of Kochav Yair in the southern Sharon region, saw the Facebook post as well and had this to say: “I just found out that we’re not the only triplets with the names Dor, Or and Mor.” He noted, sarcastically, that the nine brothers and sisters should create an organization for this “trippy experimentation on human beings.”

The name Dor means generation; the name Or means light; and the name Mor means myrrh.

The names, while common, have not featured on the most popular baby names list published by the Central Bureau of Statistics these last few years.

One percent of all births in Israel are multiples — although most of them are twins. In fact, Israel is the country with the highest ratio of twins to population in the world but it’s less about genetics and more about the government’s fully funded fertility treatments.

So, although triplets are not uncommon in Israel – a 2011 census showed 89 sets born in the year – the names Mor, Dor and Or are not the most fashionable and thus the triple-header is truly a coincidence.

Shakespeare’s ‘What’s in a name?’ suddenly takes on a whole different quality. In fact, Mor Levy tells the Yediot Ahronot Hebrew daily that upon hearing about the other rhyming triplets, she told her mom: “You’re not that original.”