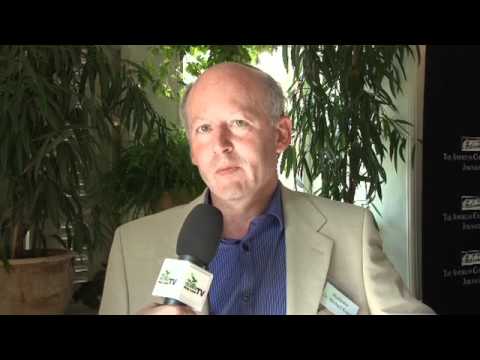 Jerusalem-based Interfaith Center is confronting environmental degradation with a spiritual show of strength by Jews, Muslims, and Christians. 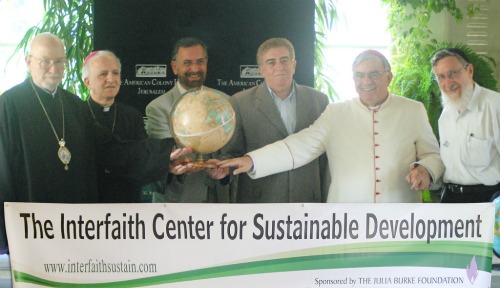 Meeting in Jerusalem, representatives from the three major monotheistic faiths are joining forces to heal the planet.

Shema Yisrael is a statement of faith that many Jews say at bedtime, during daily prayers and in times of need. “Hear, O Israel: the Lord is our God, the Lord is one” is the first line, emphasizing the monotheistic nature of Judaism.

For Rabbi Yonatan Neril, a 30-year-old married father of one, the second line in the prayer –“Blessed is the name of God’s kingdom forever” — provides hope for the planet. Seeing environmental degradation as a spiritual problem, he has turned to leaders of the three monotheistic faiths to right our ecological wrongs.

Since last year, Neril has been building the Interfaith Center for Sustainable Development in Jerusalem. The six-person non-profit organization recently held the first interfaith meeting to formulate climate change policy, which impressively resulted in commitments of support from Israel’s Chief Rabbinate, the Palestinian Ministry of Religious Affairs (Waqf), the Palestinian Sharia Courts and the assembly of the Heads of Churches of Jerusalem.

“The second verse in Shema gives me hope and inspiration that there will be balance on this planet, that God’s glorious kingdom will be blessed forever,” says Neril, who was raised near Berkeley, California, and has lived in Israel for eight years.

“This is hope in the face of what scientists are saying about what will happen in this century,” he tells ISRAEL21c.

Sponsored by the Julia Burke Foundation in California, his organization divides its actions into two spheres: one dedicated to fighting climate change, the other to providing ecological-theological seminars and college-credit courses to show how faith intersects with environmental values.

Interfaith Center for Sustainable Development members have already given about 25 “green theology” seminars. The courses are available online and are also offered to eco-tourists in Israel or locals looking for spiritual environmentalism tools. For now, the courses are focused on Jewish sources, but the center is working to include resources for Islamic and Christian audiences as well.

Quelling the effects of climate change

The Interfaith Eco Forum held at Jerusalem’s American Colony Hotel in July drew about 40 people, including representatives from all three monotheistic faiths. Neril pointed out poignant reasons for bringing faith into the equation.

“The widespread human degradation of the natural world indicates that our way of life is out of balance,” he says. “This is where religions come in — to be a force for positive change in the world. And there is no better place to begin than with religious leaders here in the Holy Land.” 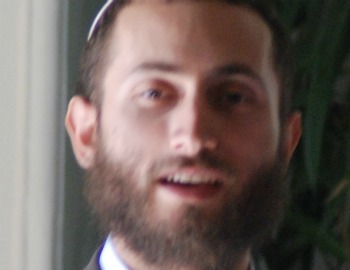 Religion can be a force for positive change, says Rabbi Yonatan Neril.

He sees the multi-faith paradigm in Israel as an advantage rather than as grounds for more conflict. “People of many faiths draw inspiration from their respective traditions to live sustainably, and these efforts cross-pollinate each other and encourage coexistence on our shared planet and in this land,” Neril says.

The forum attracted worldwide media attention and featured talks by Dr. Michael Kagan, the initiator of the Holy Land Climate Change Declaration endorsed in April by the Council of Religious Institutions of the Holy Land; Bishop William Shomali of the Latin Patriarchate of Jerusalem; Haj Salah Zuheika, deputy minister of the Palestinian Authority’s Ministry of Religious Affairs; and Rabbi David Rosen, the American Jewish Committee’s international director of inter-religious affairs.

Speaking for and to the Muslim people in the Holy Land, Zuheika spoke about the roots of environmental awareness in the Koran, pointing out today’s special challenges in the region.

“The earth is like our home, and those who live in the same home should know how to live together,” Shomali declared at the forum. “The main religions should study ecological issues together because we have a common destiny. We need to put all of our energies together to solve the environmental crisis, which is ethical, moral and spiritual.”