Micka, 23, was the last person rescued from under the rubble of the January 2010 Haiti earthquake and brought to the Israel Defense Forces field hospital in Port-au-Prince.

Though one leg had to be amputated, Micka survived and thrived. Ten years later, she had an emotional reunion in Haiti with her Israeli orthopedic surgeon, Dr. Elhanan Bar-On.

“And just a few weeks ago she sent a picture of her newborn baby girl,” he tells ISRAEL21c.

Bar-On will never forget Micka, one of countless people he has helped to heal in disaster zones.

His most recent assignment was on the Greek island of Lesbos, where the World Health Organization asked him to coordinate emergency medical teams after Camp Moria – the largest refugee camp in Europe — was destroyed in a September fire. 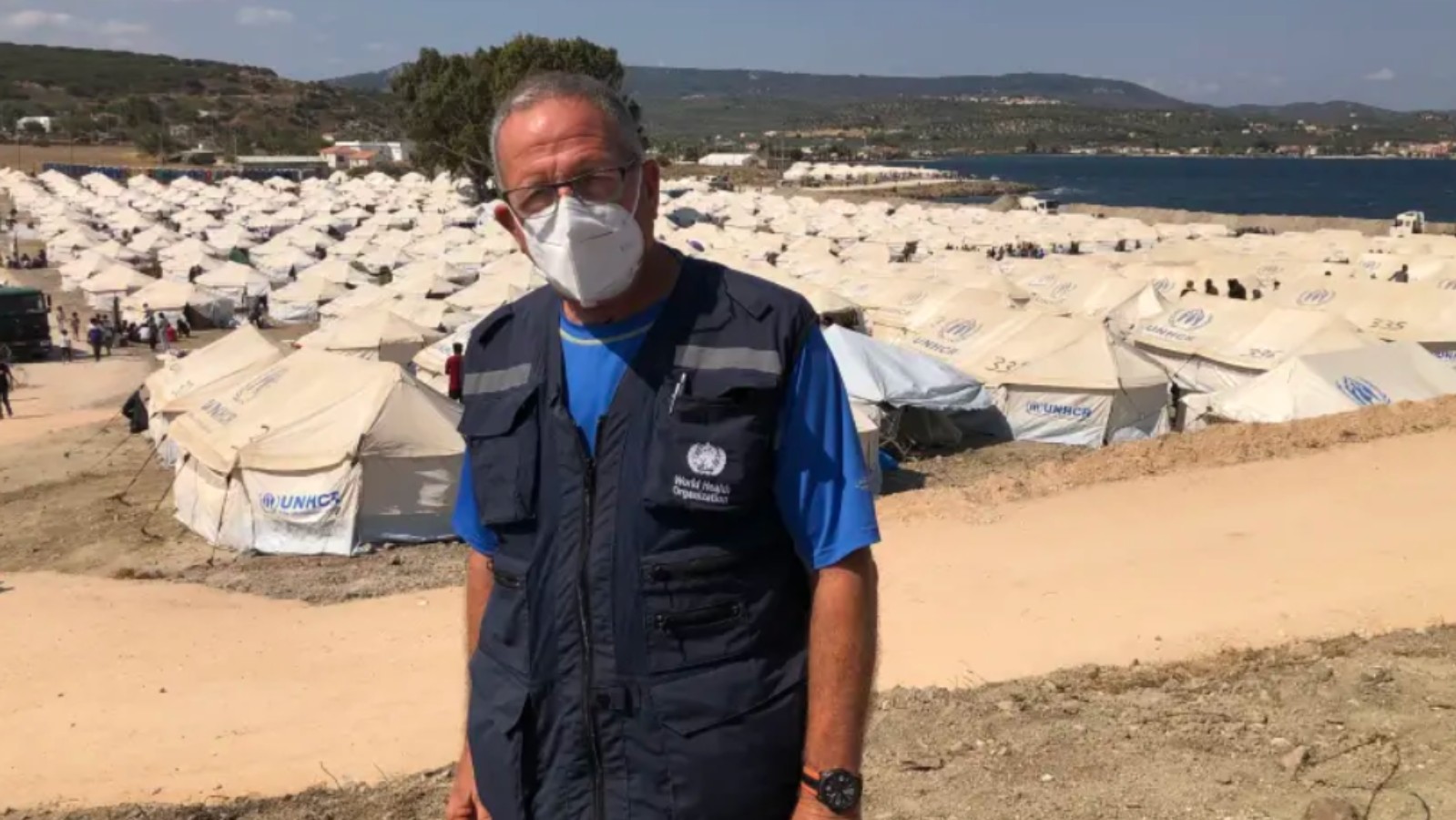 Bar-On, 68, heads the Israel Center for Disaster Medicine and Humanitarian Response, founded in 2017 at Sheba Medical Center in Ramat Gan. This year, he won the Yigal Alon Prize for Pioneering Excellence in recognition of his work.

He and his teams have deployed to locations including Zambia following a cholera outbreak, to Guatemala after a volcano eruption, Mozambique following a cyclone, and Samoa last year at the height of a measles epidemic.

"The outbreak has already claimed the lives of over 50 people. Israel is the first country to send a medical delegation to provide assistance."Professor Elhanan Bar-On, along with The Sheba Medical Center at Tel Hashomer and the country of Israel, are making a major impact assisting cholera victims in Zambia, Africa since last week. #ShebaHero #IsraelSupport #HeroGene #WhatMakesAHero #EmbracingOurFuture #ShebaSupport #FriendsOfShebaFeatureFriday

Posted by Friends of Sheba Medical Center on Friday, January 12, 2018

But his involvement in disaster and humanitarian work goes back decades. In addition to practicing as an orthopedic surgeon for over 20 years – he was chief of pediatric orthopedics at Schneider Children’s Medical Center  in Petah Tikva — he has a master’s degree in public health. 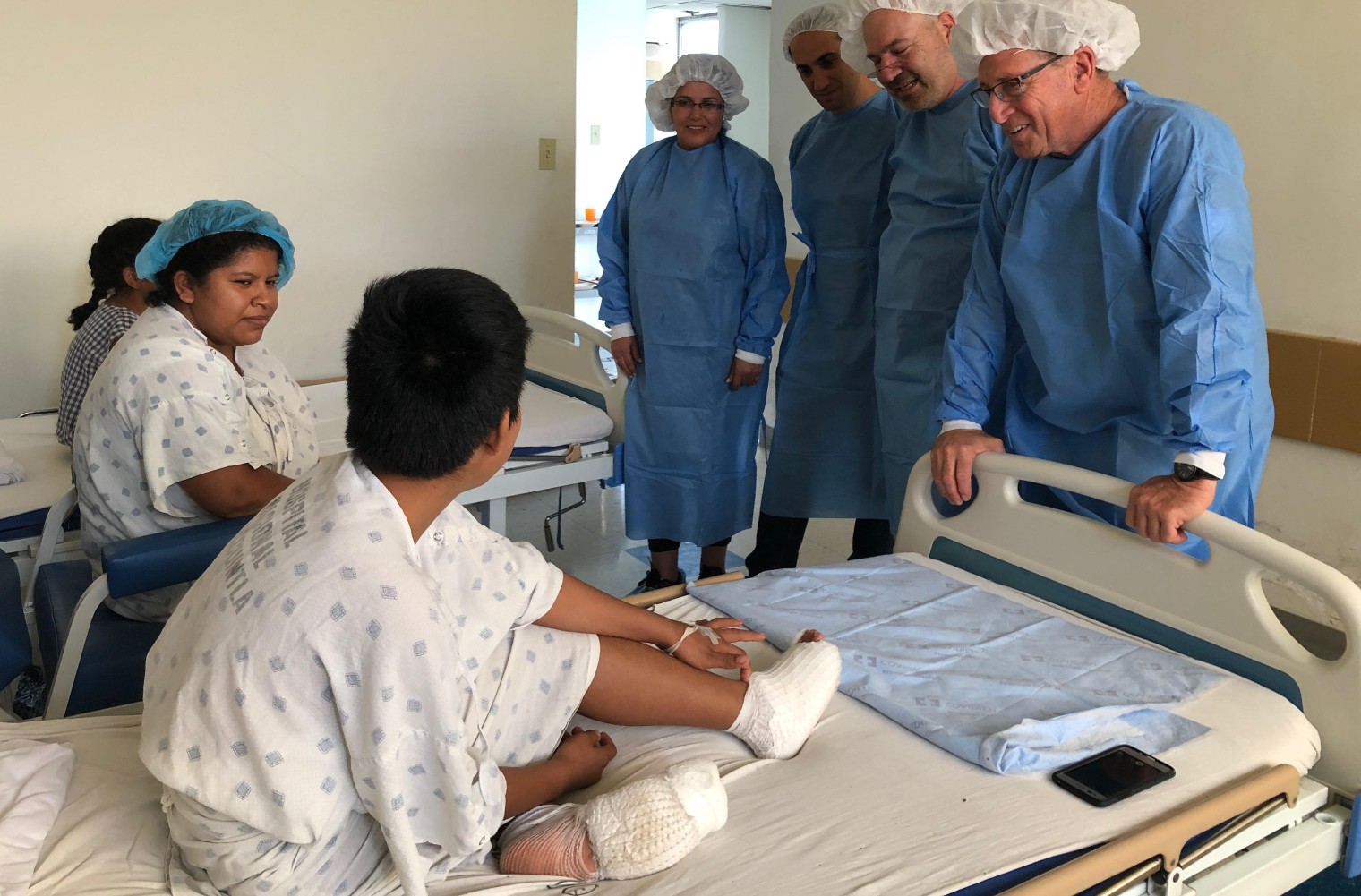 “Alongside my work at Schneider, I was doing emergency medical response throughout the world,” says Bar-On.

“I was head of orthopedics in the IDF field hospital on several missions including Haiti. The commander of that field hospital was Dr. Yitshak Kreiss, who went on to become Israel’s surgeon general and then director general of Sheba. In 2017, he invited me to establish the center.”

Bar-On says the Center for Disaster Medicine and Humanitarian Response is unique because it is situated in a major hospital — the largest medical center in the Mideast.

“We have access to almost endless medical resources, staff and technology. We can mobilize teams within eight hours without paralyzing the hospital’s function.”

He notes that Sheba staff members who volunteer to be ready to fly to disaster areas through his center receive their regular salary during time spent on such missions abroad.

“This is because Sheba has recognized the importance of global outreach since it was founded in 1948,” he says. Dr. Elhanan Bar-On with an orthopedic patient and her mother in Mozambique. Photo: courtesy

“We had several teams based on an Australian ship providing cataract surgery and other medical services to Papua New Guinea in 2018. We had a team that went to Mongolia to do ear-nose-throat surgery. We have a team that goes regularly to Nigeria to do cardiac surgery on children with congenital heart defects; we also train staff there and bring them here to train in Israel,” he says.

“We have projects with the Democratic Republic of Congo and with the Dominican Republic, and our burn team went to Haiti last January right before Covid,” he adds.

“Most of our international activities are on hold at the moment because of the paucity of flights and the quarantine issues. I was supposed to go to Uganda recently to teach pediatric orthopedics,” he says.

However, they did go to East Jerusalem and Jericho to advise Palestinian medical staff on combatting Covid-19 in the PA-administered territories and Gaza, and recently held a video meeting with colleagues in Myanmar.

“Because of our expertise in field hospitals, our center was tasked with establishing the first Covid-dedicated facility in Israel in February, at Sheba. We planned it and ran it the first month before turning it over to the internal medicine department,” says Bar-On.

Other humanitarian medical missions and collaborations will happen as soon as conditions permit.

“We also train teams here from around the world at the clinical and administrative level to deal with disaster preparedness and activity,” says Bar-On, “and we work closely with the MSR Israel Center for Medical Simulation at Sheba.”

Bar-On has lectured on mass casualty incident response in countries including the United States and Canada. This drill marked the first time a field hospital has been erected on a hospital campus. The setup included an ER, triage, surgical theater, lab, and other facilities that could be set up quickly.

This field hospital would first deal with patients from Sheba if one of the buildings were to be damaged in a quake, and then it would accept incoming wounded from nearby towns and cities, as well as other Israeli hospitals.

“It could also be deployed in other places in Israel and eventually overseas,” says Bar-On. “This project is based on donations, not public funds, so it will take time.”

Bar-On has treated patients in many countries, but the one that holds the biggest place in his heart is Haiti.

“I have an ongoing love story with Haiti,” he tells ISRAEL21c.

“After serving with the IDF field hospital there, I went back with a Sheba team to establish a rehabilitation center for amputees and I’ve been there a few times.” In addition to patients like Micka, rescued from underneath the rubble many Haitians suffered burns when the earthquake caused open-flame cooking stoves to overturn.

Earlier this year, on the eve of the 10th anniversary of the earthquake, an international team of burn surgeons led by experts from Bar-On’s center and the National Burn Center at Sheba flew to Haiti to set up the first pediatric laser unit to treat disfiguring burn scars in children. When travel restrictions are lifted, another trip will take place to do treatment and staff training.

Bar-On says that in Haiti and other countries, his center always works closely with Israeli aid organizations on the scene, such as IsraAID. www.israaid.org

“Israel does have a heart for being active in humanitarian activities — but we’re not the only ones,” he says.

“There are many NGOs around the world who drop everything and run to these places to work with victims of mass casualties or with refugees. The people you meet — some have been on the ground for years in disaster areas –are doing amazing things. We are just one of them.”