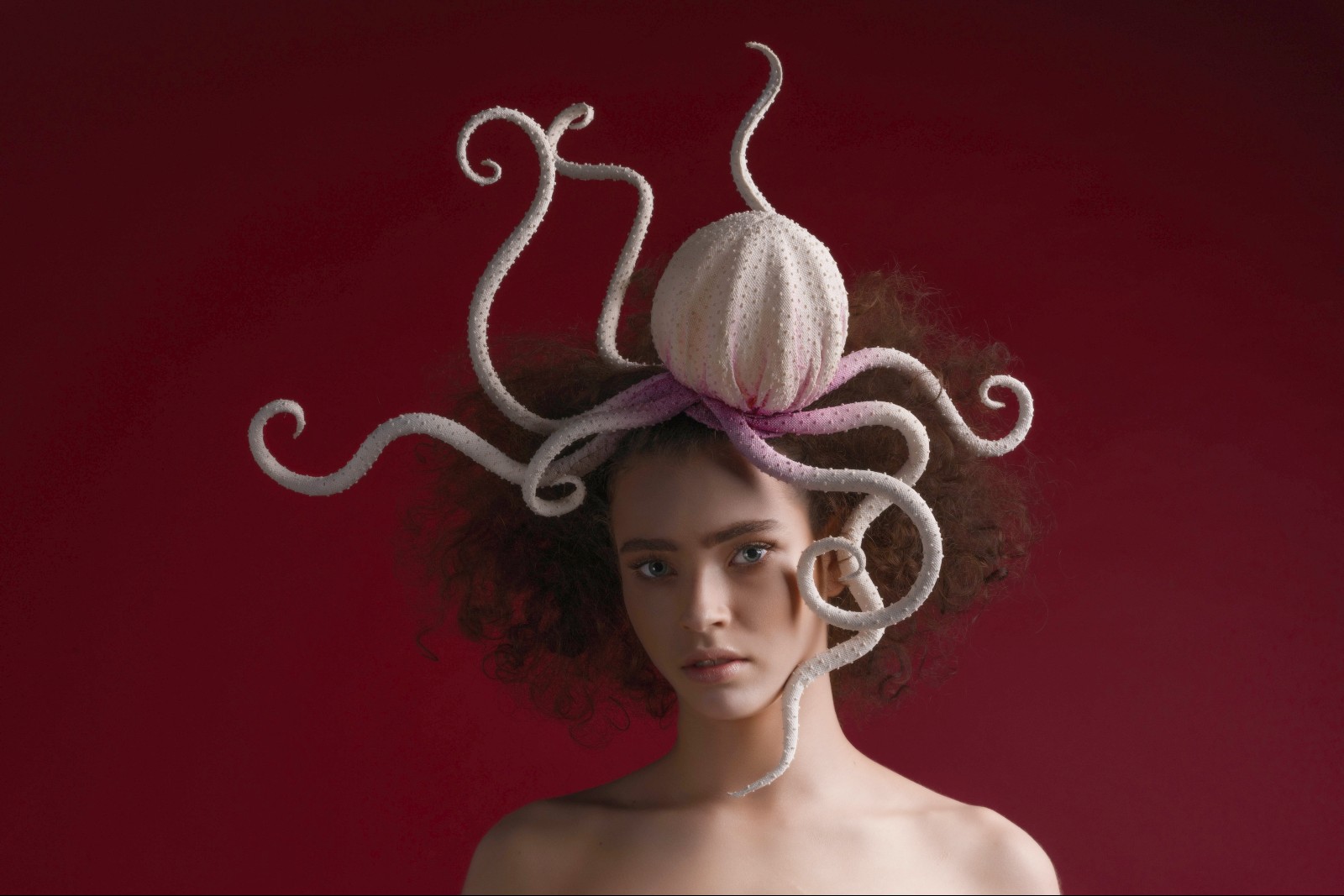 The zany hats of Maor Zabar

‘If you’re daring enough and want to make a fashion statement, a hat is the most standout item to do that with,’ says the Israeli designer.

Growing up in Haifa, Maor Zabar was the kind of kid who painted on the furniture and drew on the walls.

“I used to drive my parents nuts,” admits the 42-year-old award-winning costume and hat designer.

Fortunately, his parents indulged their little boy’s artistic exploits. They sent him to afterschool art lessons and the WIZO Haifa Academy of Design for high school. He spent a year living with an uncle in New York, learning makeup artistry before finding his true calling.

Zabar’s famed creations include the attention-grabbing getup that Netta Barzilai wore for her winning performance in the 2018 Eurovision Song Contest. (Click here to watch how it was assembled.) 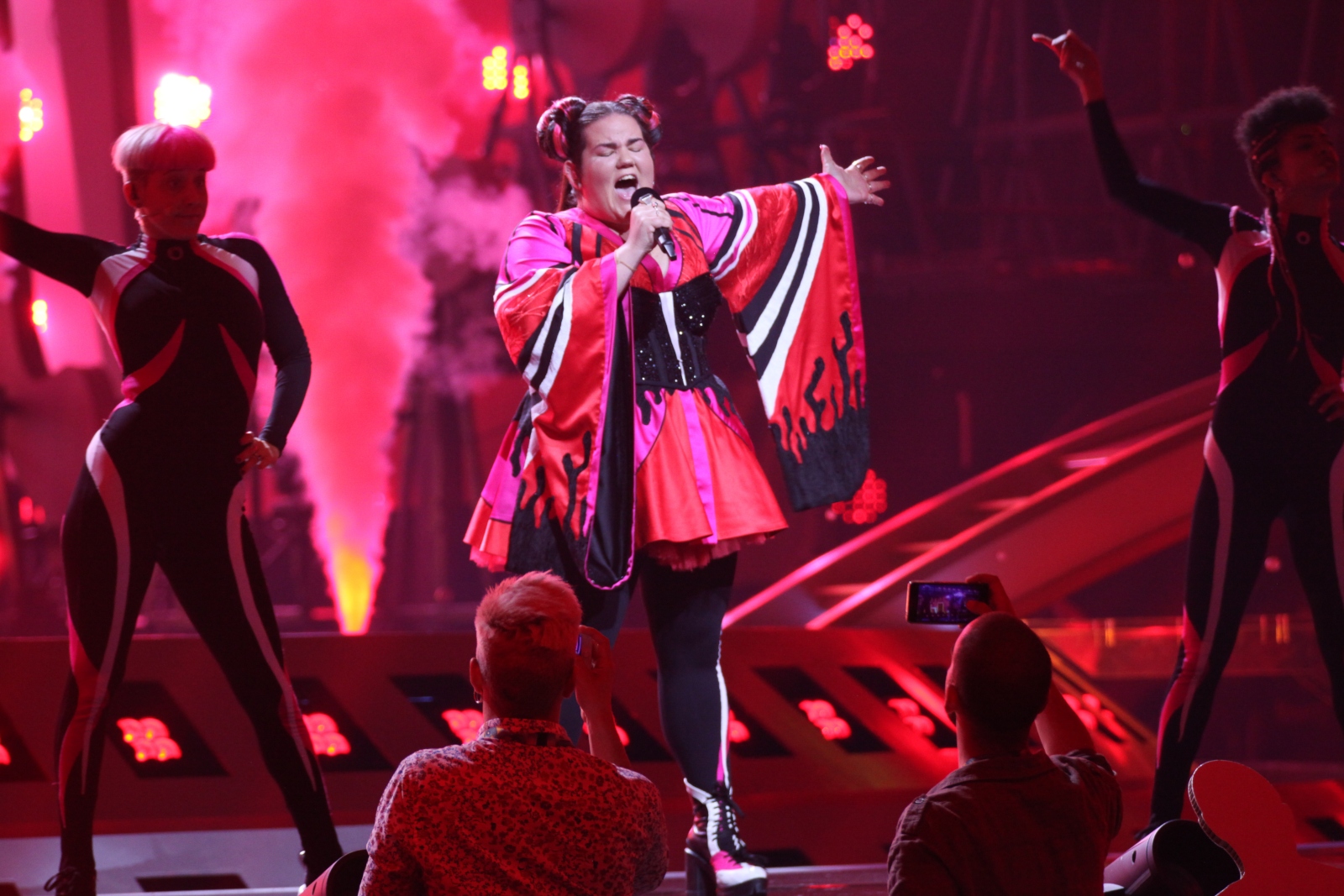 Zabar spoke with ISRAEL21c on a video call from his Tel Aviv studio, just before teaching a Zoom class on computerized fashion design to students at Shenkar College of Engineering and Design, from which he graduated in 2003.

“Most of my work is on stage – theater, dance and opera. At the moment I’m working on costumes for a Cinderella ballet show in Switzerland,” he says. 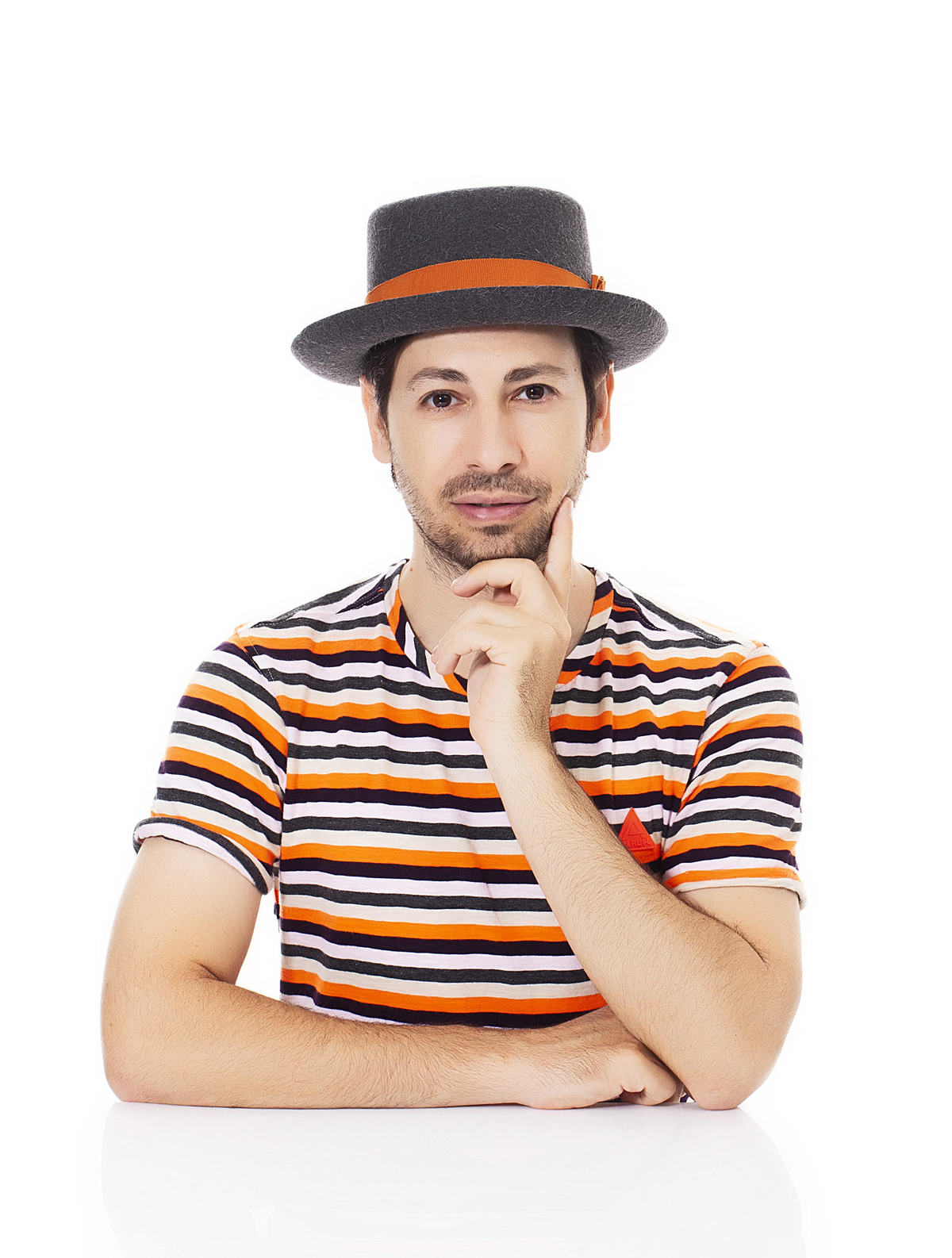 In 2014, Zabar started his hat business.

He doesn’t consider himself a milliner. He simply loves hats and wanted to create them freely outside the confines of his theatrical costume commissions.

At the time of our interview, he was wearing a LEGO hat purchased in Hong Kong. You’ll never see him without some sort of chapeau.

“I don’t treat my hats as fashion items. I refer to them as art pieces,” he says.

It wasn’t long before images of his hats – featuring food, carnivorous plants, sea creatures, pride, and bride themes – from his online Etsy store began making a buzz in the blogosphere.

“I get inspired by things I come across, even pictures in a book or a vacation I took,” explains Zabar. 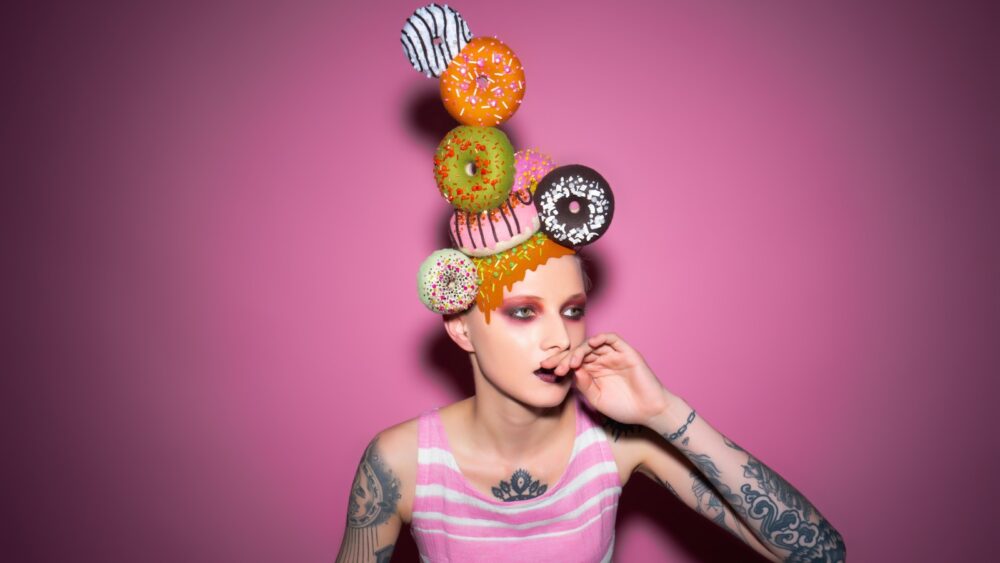 “The carnivorous plants hats happened because I had a partner who was vegan, and I told her there are plants that eat meat. It was like a joke, but I started to do some research and the collection was born.” 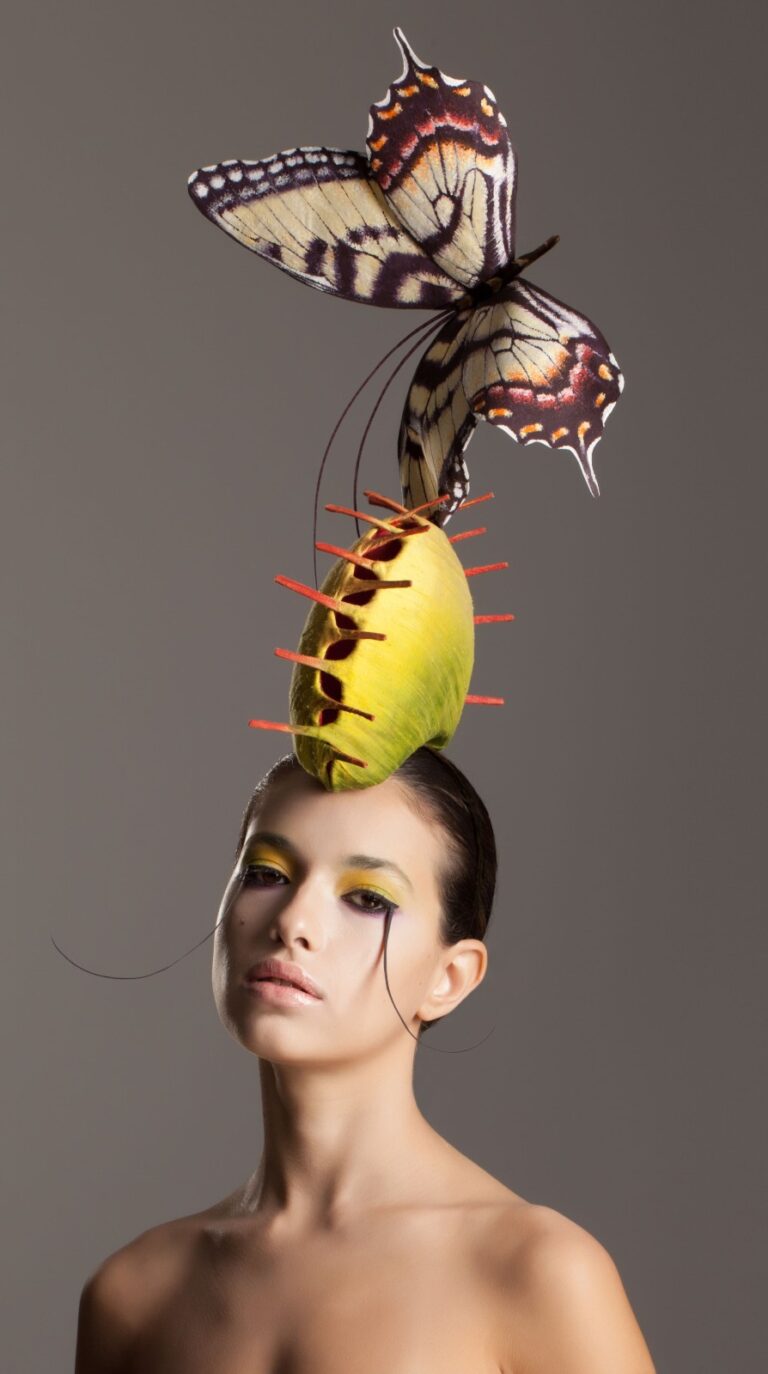 The new Dark Desert collection “portrays both the beautiful landscapes and colors of my country as well as its fragile political climate. I used different techniques to create the hats while combining felt, silk, leather, thermoplastic, straw and multiple selection of feathers.” 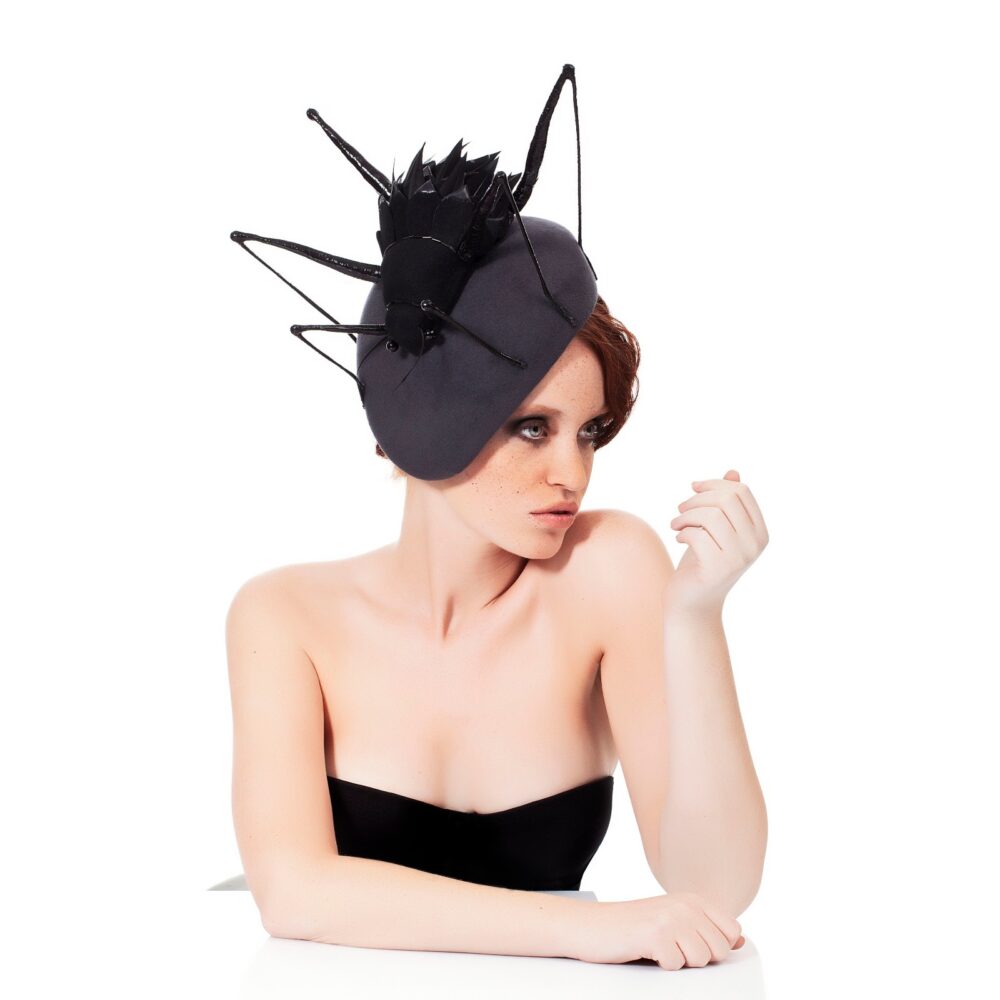 Edibles on your head

And the food line, sporting edibles such as a sushi boat, champagne in a bucket or a dripping ice-cream cone?

“I started that because I got diagnosed with Crohn’s disease and went on a strict diet. Everything I desired but couldn’t have,I created on a hat. Now I can eat almost anything, but I keep creating food hats because people responded so well.” 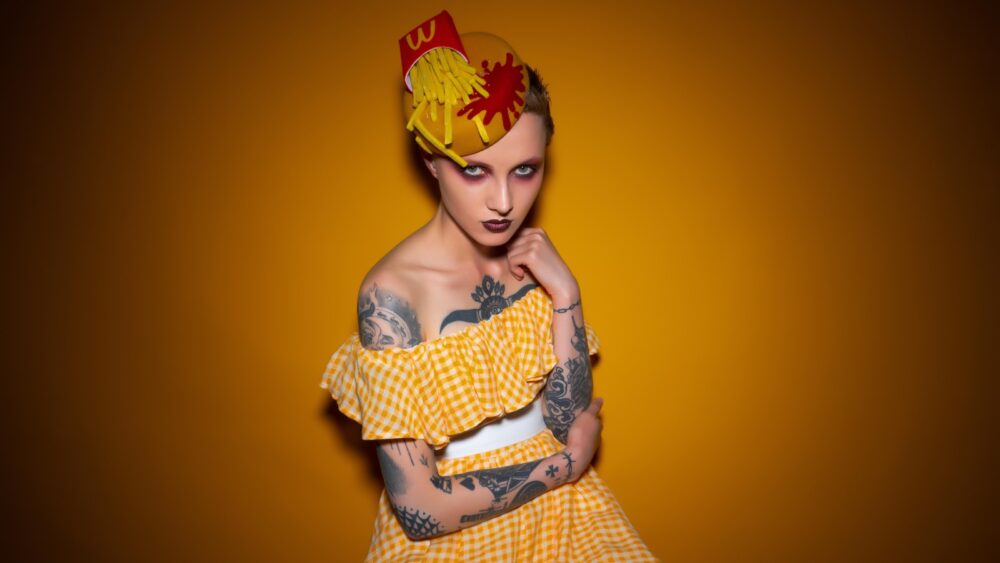 One of his US sales was made to a pastry chef whose daughter, a chef, was getting married. “For her daughter’s bridal shower, the mother bought a pie hat for herself and a shrimp hat for daughter to wear.” 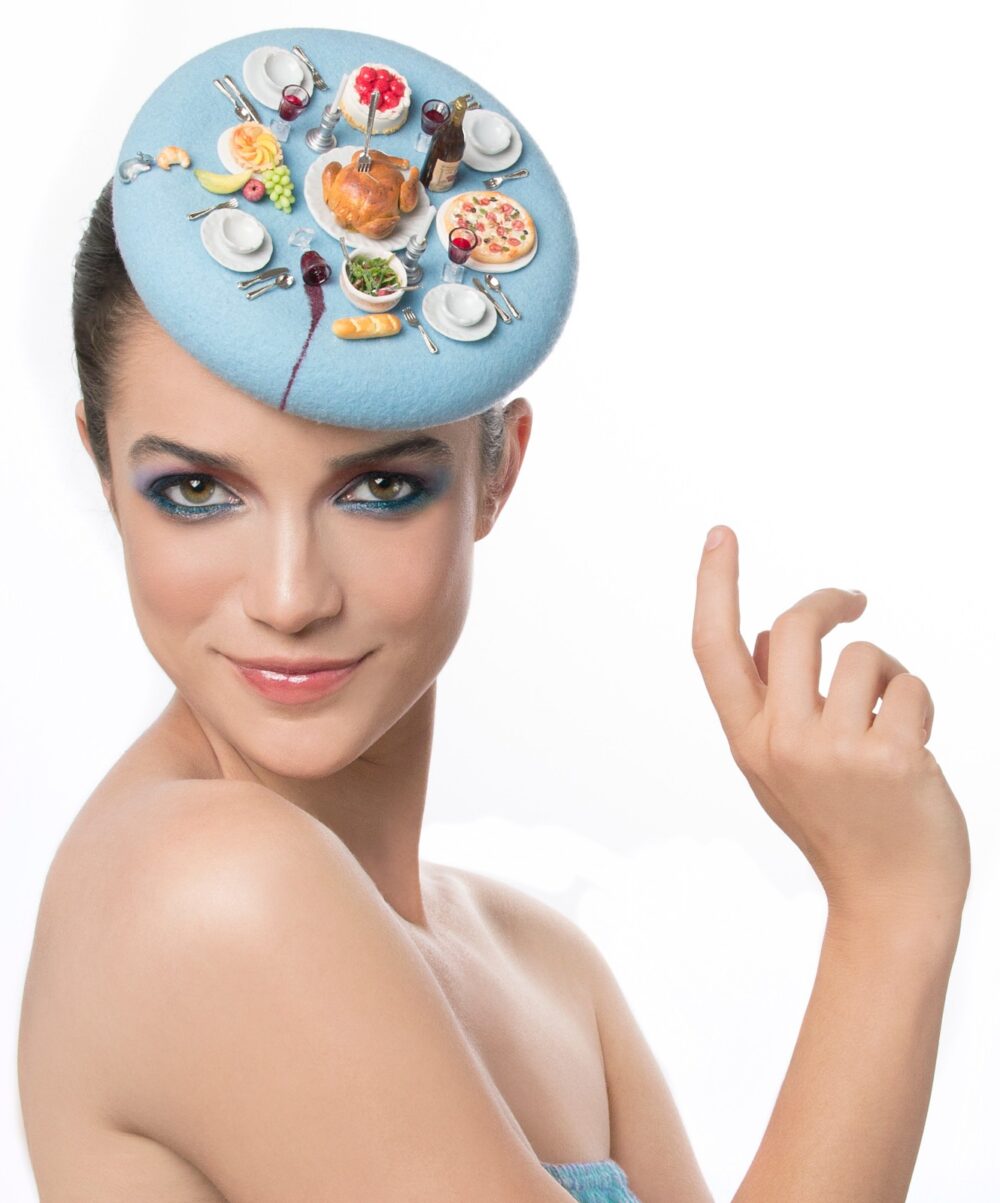 You can spot Zabar’s hats on stylish heads at launch events, red-carpet events and British horseraces.

“If you’re daring enough and want to make a fashion statement, a hat is the most standout item to do that with,” says Zabar. 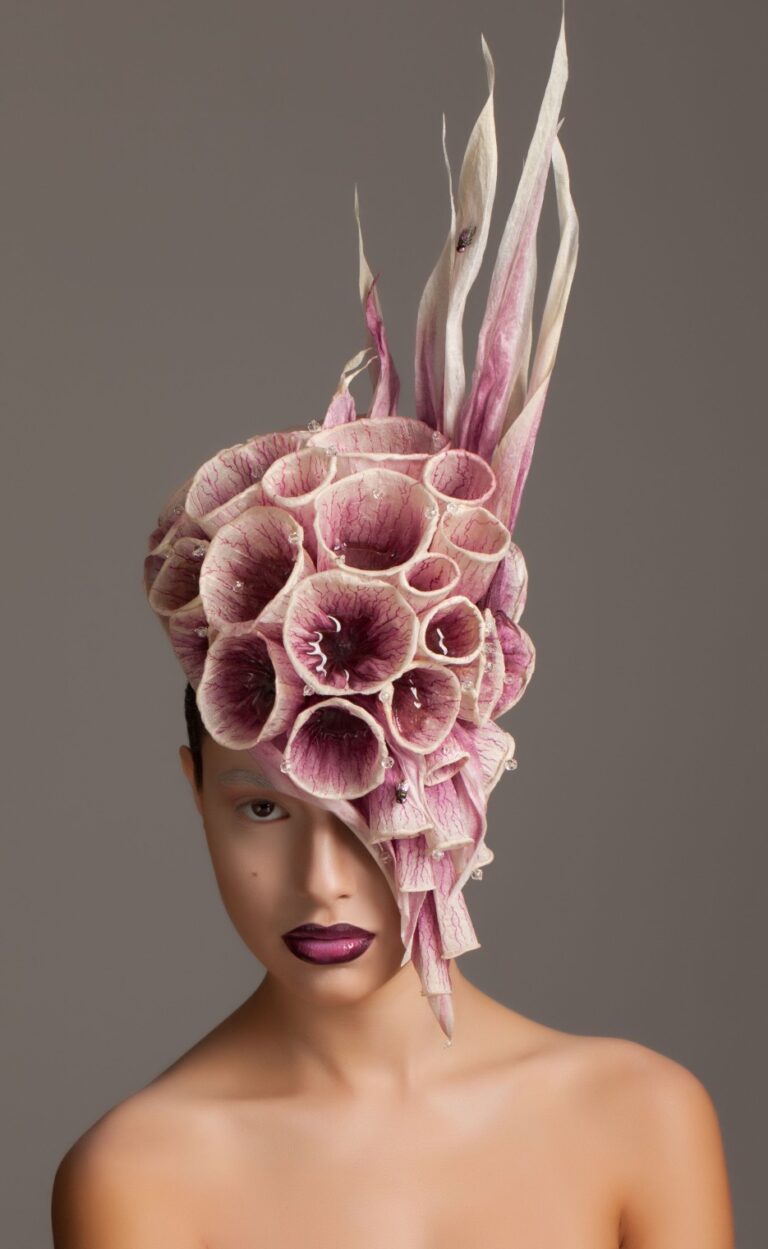 This “Succulent and Juicy” hat by Maor Zabar costs $1,800. Photo by Jude Moskovich

Female members of the British royal family are famous for their fascinators, but they haven’t bought any of Zabar’s, most likely because he isn’t British. However, other high-profile women are discovering them.

“I started to work with an event planning company in New York, which told me that two of my hats were bought by a famous actress. But I won’t know who until she wears them and tags us on social media,” he says.

Zabar is developing a cookery and design book showcasing his food hats along with recipes from Israeli celebrity chefs such as Haim Cohen, Meir Adoni, Estella Belfer and Yisrael Aharoni. Proceeds will benefit Project Kruvit, which donates home-cooked holiday meals to Holocaust survivors and other Israelis in need. 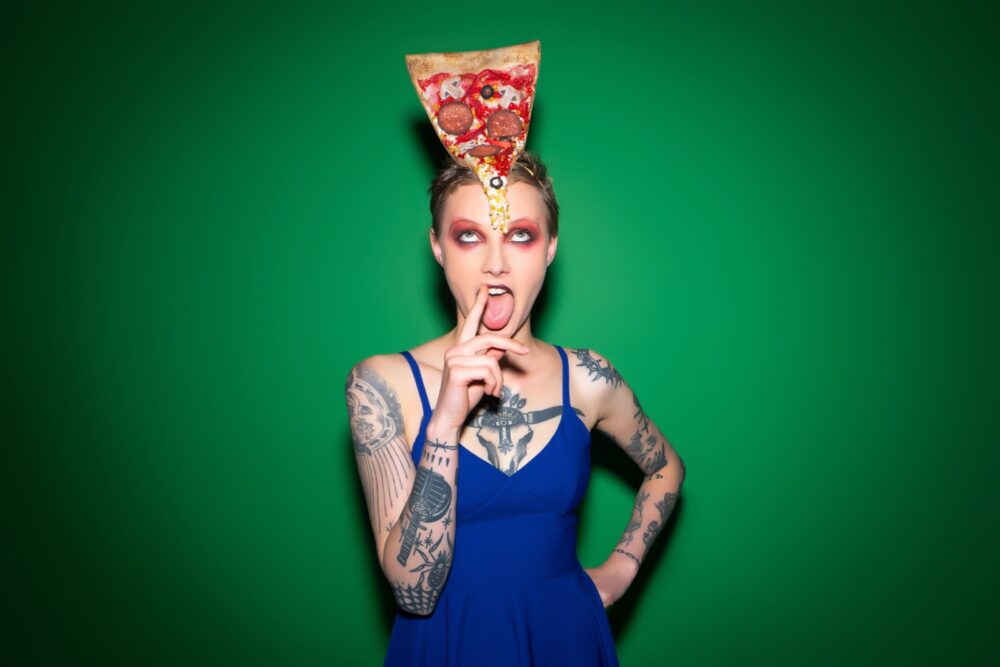 No, that’s not a real slice. It’s a pizza hat by Maor Zabar. Photo by Jude Moskovich

He’s also leading online millinery workshops showing people across the world how to make their own hats using materials such as felt and Dupioni silk.

“I did that collection during quarantine when I had to work with what I had on hand,” Zabar explains. “I don’t usually make of a lot of wearables. Most importantly, when I create a hat I need to satisfy my own whim and be happy with my art.” 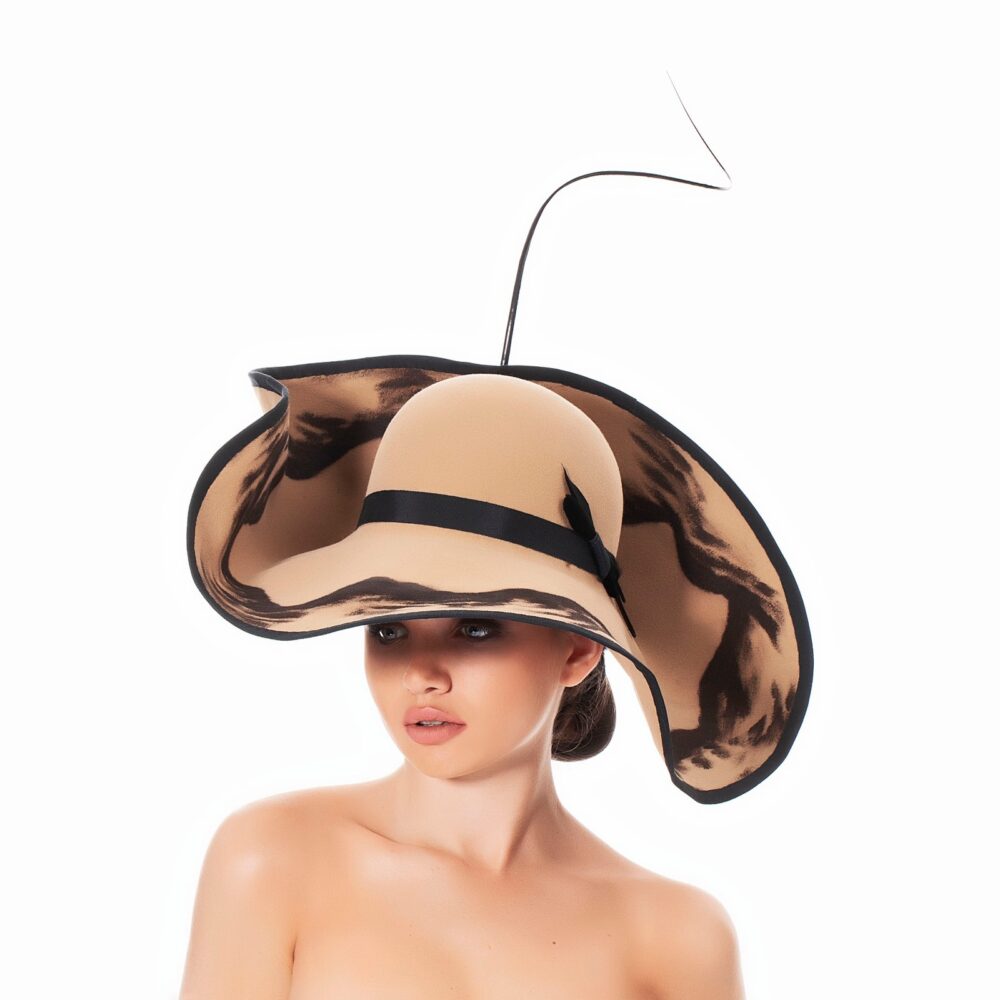