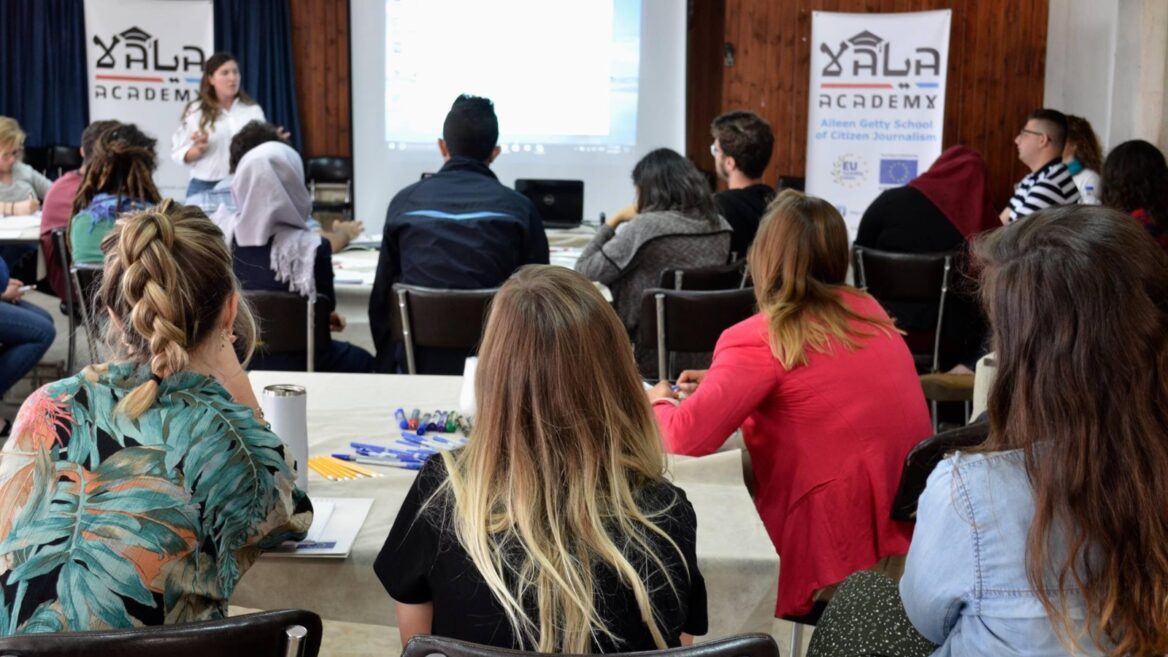 Participants in the YaLa Academy for Citizen Journalism at an annual meeting in Jordan. Photo: courtesy

“This is my dying day, or it could be. We are living what’s even worse than war. At least at war, the enemy is plain known.”

Haytham of Yemen didn’t write this in reference to the coronavirus pandemic. He’s describing his hometown, Aden.

Located inside a crater of a dormant volcano, Haytham writes, Aden is a hotbed of kidnappings, assassinations, and organ and human trafficking. “I think this volcano is erupting and we are all burning inside.”

All the contributors – about 2,000 men and women aged 18 to 36 — were professionally trained online through the three-month YaLa Academy for Citizen Journalism developed and led by the Peres Center for Peace & Innovation in Tel Aviv-Jaffa.

YaLa was the brainchild of Israeli diplomat Uri Savir. He’d seen that the 2011 “Arab Spring” social movement across the region was fueled by young adults exchanging ideas via social media.

“We don’t have this opportunity in the Middle East and North Africa. We have countries that share problems relating to gender, environment and conflict. Here we can talk about them as a team.”

Lighting a candle for peace

Half of the YaLa Young Leaders are from Israel and the Palestinian Authority-administered territories. The other 50% hail mainly from Morocco, Tunisia, Jordan, Egypt, Syria, Iraq and Lebanon. There are additional contributors from Iran, Libya, Algeria, Sudan and Yemen.

Many YaLa participants have a unique perspective on their country that is dangerous to express publicly.

Driss from Morocco writes, “Reporters without Borders has ranked Morocco 135 out of 180 countries for safety of journalists, describing the media climate in our country as ‘very difficult.’” 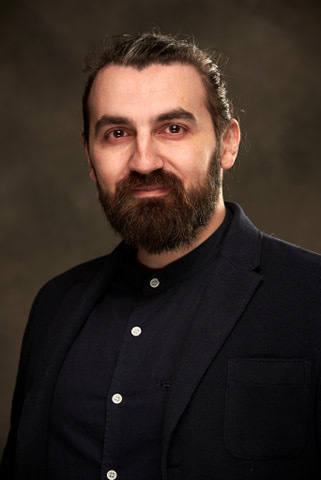 YaLa Young Leader Moulham, 32, a Syrian native now working in Paris, says he was “raised on hatred against the others, blaming them for our problems.” He joined YaLa in a sincere effort to understand “the others.”

“Back in my country I can be sent to death for having this connection,” he tells ISRAEL21c. “But life has choices. I can pay the price of my decision to open my eyes, see the beauty in people, and work — even lighting a candle– for peace.”

Moulham says YaLa has provided “a secure space, a safe zone, a neutral structure where I can control my contact, and at the same time have a firsthand experience and create my own convictions. For me, YaLa was the perfect opportunity, which I never regret. It shaped my understanding for the future of our region, and filled me with hope, friendship and love.”

Mahmoud, 29, a poet, peace and environmental activist from Bethlehem, says YaLa proves that barriers and borders can be overcome. “I needed a platform to talk about the peace I preach about, a place to be heard without prejudice, and listen to others without filters,” Mahmoud tells ISRAEL21c.“Where I can meet different people, especially Israelis.”

Mahmoud says he “was introduced to how much we can be different in our political thoughts but at the same time team members working toward one goal.”

And yet it’s not all kumbaya.

“The actual purpose of the program is not to teach specific journalistic practices but to encourage free speech and different voices being heard.”

“A friend of mine is just worried and wanted me to be careful where I publish and when to show up in public” for fear Mahmoud will be accused of “normalization” with Israelis.

“Mostly the voices around me were encouraging, but I still smell the fear in the atmosphere, that we need to ask everybody if they want to be in a photo, if they want to be online, if we can mention names. My goal is to break that fear.”

The current Citizen Journalism cohort of 40 is now being trained in writing, podcasting and photojournalism.

Each student is paired with a personal coordinator from YaLa’s staff of four. They interact daily via workshops and online sessions in a closed Facebook group (YaLa’s main Facebook page has more than 800,000 followers).

Every Wednesday evening, participants watch a 20-minute lesson recorded by professionals from media outlets such as the Associated Press, Al Jazeera and National Geographic. “After the lecture, they get a link to a Zoom webinar where they discuss what they learned, ask questions, and receive a short assignment based on the lecture that they send to their coordinators and post to the group for peer review,” Shalgi explains.

Basic English is one of the only requirements. “We go through a screening process to make sure we don’t accept very radical or extreme individuals that would hurt the safe space we have created,” says Shalgi,“ but we are very lenient with that because we want people to express their opinions.”

“The actual purpose of the program is not to teach specific journalistic practices but to encourage free speech and different voices being heard,” Shalgi tells ISRAEL21c.

The nonprofit enterprise is supported by donations. A symbolic $75 fee was recently introduced to help cover expenses and to assure that only serious applicants apply. However, almost all participants qualify for at least partial scholarships.

What are they writing about?

A high percentage of YaLa Academy alumni of both genders actively post pieces on YaLa Press.

Female modesty is a popular topic.

“This is an ongoing discussion in YaLa because there are so many aspects to it in our region. Is wearing a hijab degrading or empowering, is it a matter of choice, and what would happen if they took it off?” explains Shalgi.

Other common topics are LGBT rights and first-person experiences. “This is why being the project manager is so meaningful to me: I hear these perspectives from the inside and not Western ideas from the outside,” says Shalgi.

A stunning example is “The Box,” written by a Syrian man who was tortured in a Syrian prison in 2013.

“There were eighty people in this small box, all so close together that we were almost one. We spent our days in lines, squatting with each man’s legs folded and straddling the man in front of him and his body straddled by the man behind him. We lived without clothes, drank dirty water, ate only small pieces of potatoes and bread, and never slept,” relates Khaled, who eventually made his way as a refugee to Rome.

“We try not to lead the conversation in terms of topics or content,” says Shalgi, who has a master’s degree in European studies from the London School of Economics and is completing a second master’s degree at Hebrew University in human rights. Like the other staff members, she is a YaLa alumna.

“Our team lightly edits the articles so they are correctly written, but we never change or delete content. I’ve been program manager for over a year and I haven’t encountered any piece that we chose not to publish because of content or agenda.”