The women who built Israel with hands and hearts

Women in the first half of the 20th century propelled the young Israel forward, making their mark in politics, public life and academia.

This year, the theme of International Women’s Day is #BreakTheBias. Which is terrific news, as women everywhere still face discrimination and prejudice in matters big and small.

In hope for a gender-equal world, we’d like to take a moment to celebrate the women who broke the bias long before hashtags became a thing – those who helped turn Israel into a flourishing country.

According to historian Prof. Margalit Shilo, women in pre-state Israel began their pioneering, gender-expectation-renouncing work in the early 20th century.

One of the first examples was the Women’s Farm established in 1911 on the shores of Lake Kinneret in northern Israel, where Zionist activist and feminist Dr. Hannah Maisel educated women in matters of agricultural work and housekeeping. 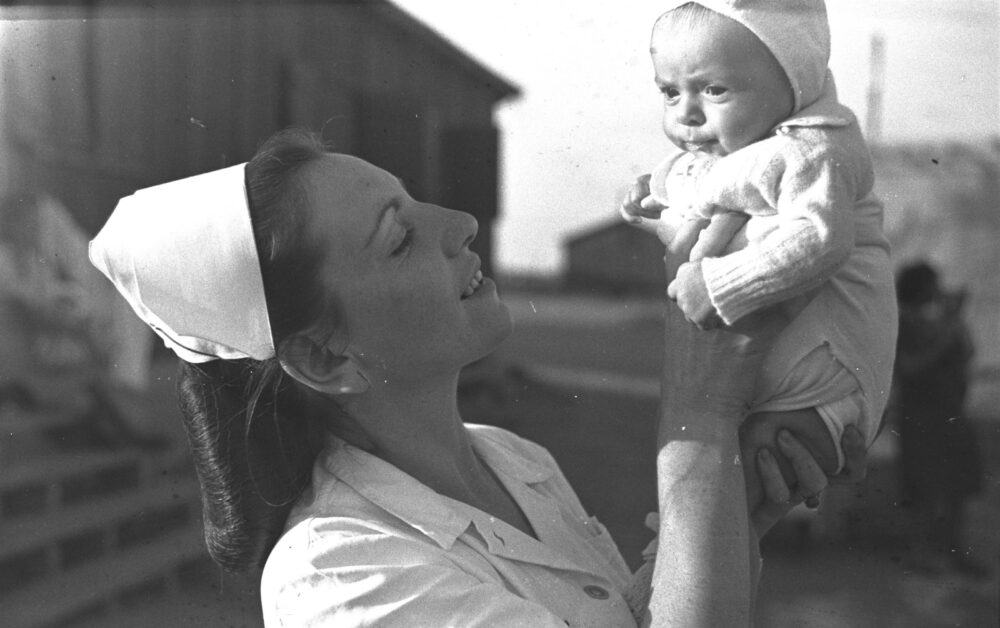 A nurse takes care of an immigrant baby from Europe in 1949. Photo by Government Press Office

And yet, despite the images that we have of pioneering women working in the fields, Shilo notes that in fact women did not usually undertake agricultural work.

“On the kibbutz, women weren’t usually accepted to agricultural roles but rather to more womanly jobs – in the kitchen, doing the laundry and taking care of the children. Although there was a group of feminists in the kibbutz movement who demanded more equality,” she says. 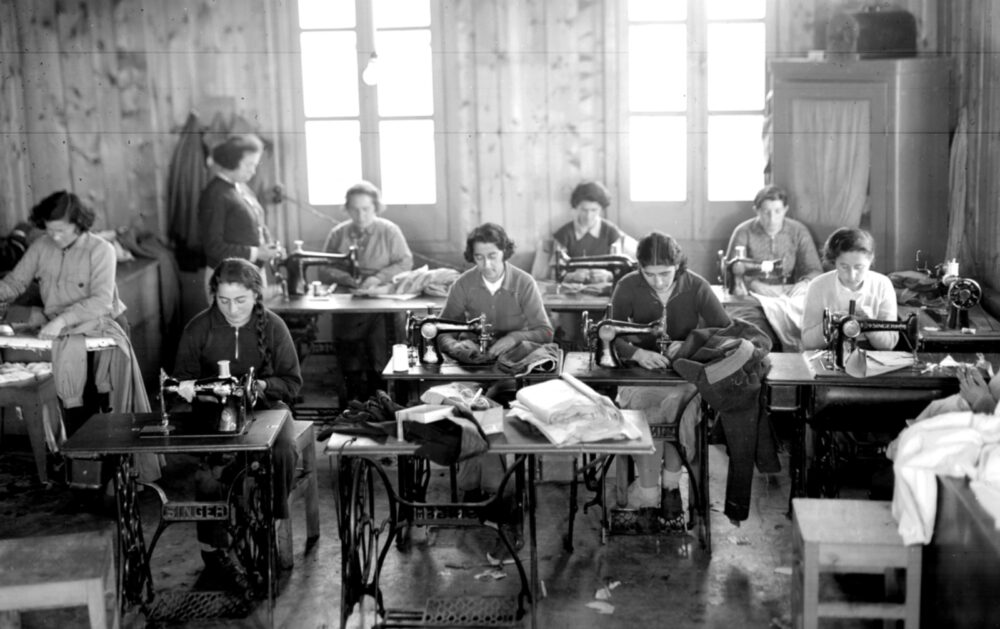 Women at the sewing workshop at Kibbutz Yagur in northern Israel in 1938. Photo by Kluger Zoltan/Government Press Office 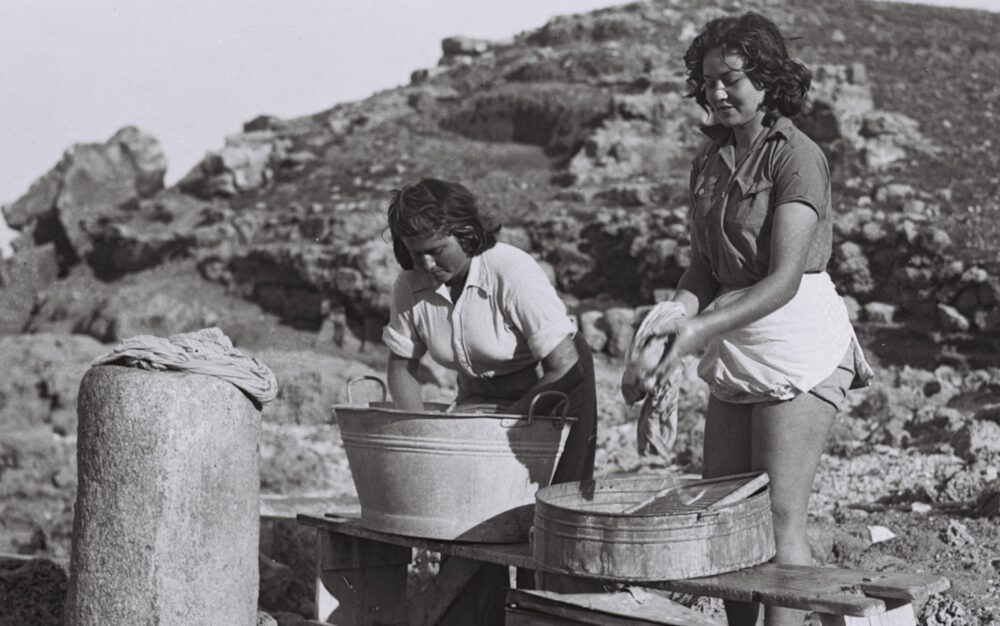 Members of Kibbutz Sdot Yam doing their laundry against the backdrop of ancient Caesarea in 1941. Photo by Kluger Zoltan/Government Press Office 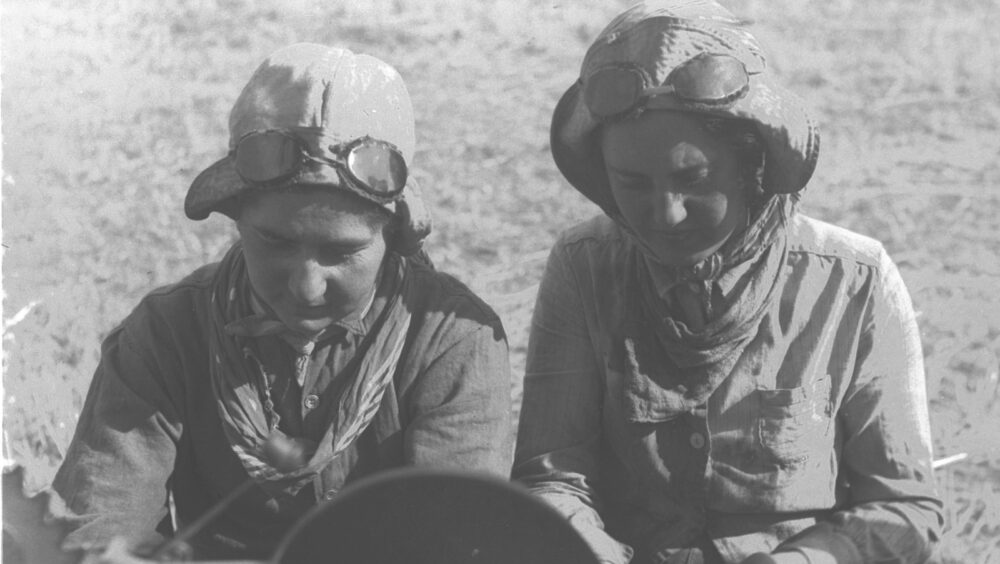 “Meanwhile, in 1919, in the cities and not on the kibbutzim, a rather large group of Jewish women was established, and they founded a women’s political party. It was the first women’s party in the world, and they fought for women’s voting rights in the national institutions.”

At around the same time, an assembly of representatives that would later develop into the Knesset was established. 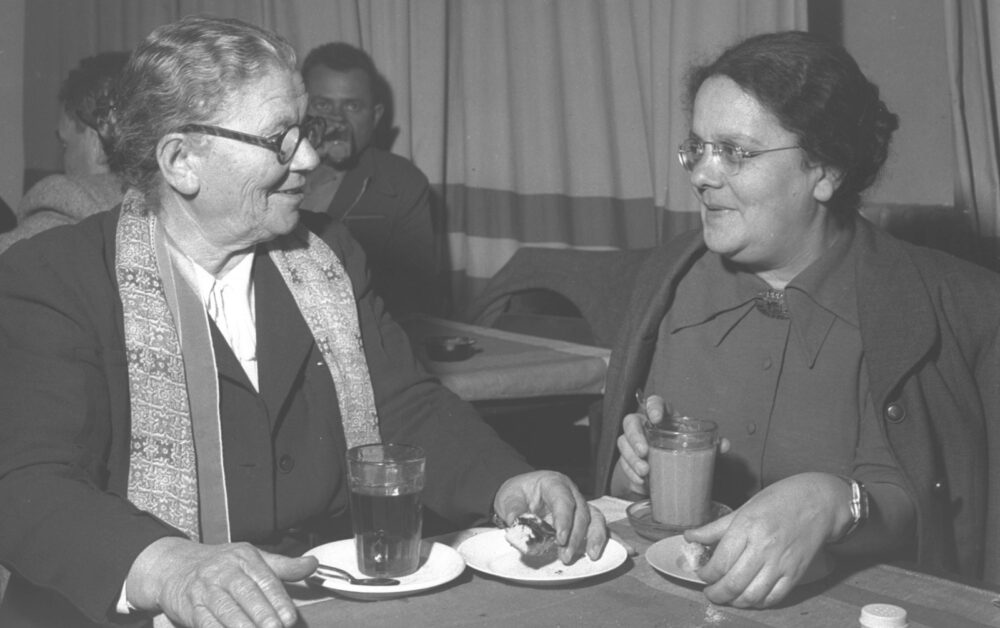 “These women fought, and in January 1926 the assembly gave women the right to vote and to be elected. By the time the state was founded, there wasn’t any debate about whether or not women would participate in the Knesset,” says Shilo.

“In the first Knesset there were altogether 11 female members out of 120. I’ve researched this, and in the Knesset’s first 50 years the average percentage of women in the Knesset stood at 10 percent. It’s only undergone change in the past two decades or so,” Shilo adds.

During the three decades of the British Mandate in Palestine, thousands of Jewish women with a higher education relocated from Europe, giving the future Israeli state the largest percentage in the world of female doctors compared to male doctors, Shilo notes.

“There were women here in almost of all of the possible academic professions. Women, for example, fought to become lawyers until 1930; the British refused them until 1930. Women were also present at university, even though the university wasn’t particularly welcoming to them.” 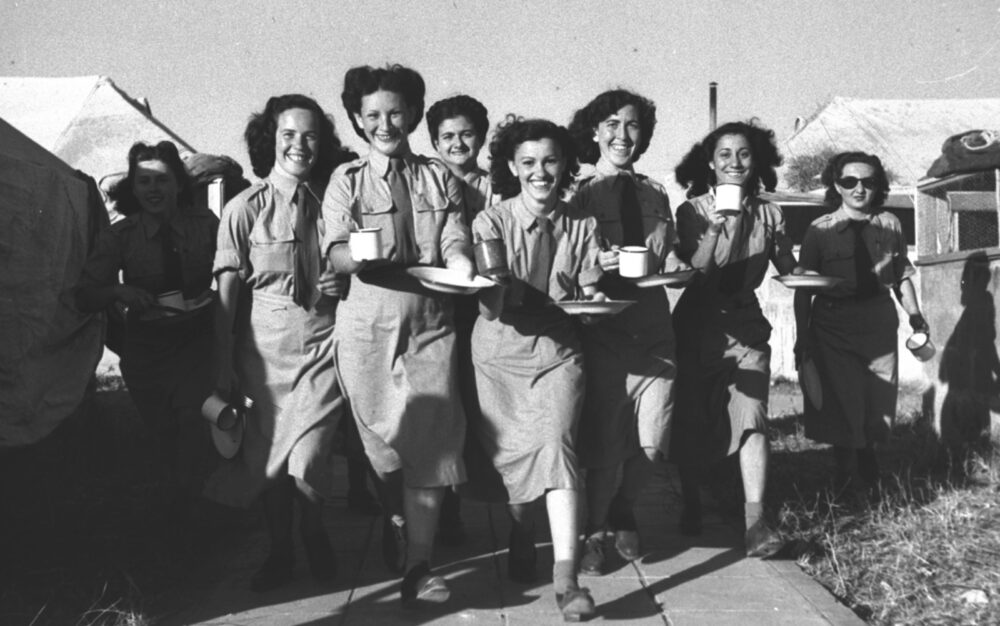 The first members of the “Chen” women’s division of the IDF on their way to the dining hall in 1948. Photo by Hans Pinn/Government Press Office 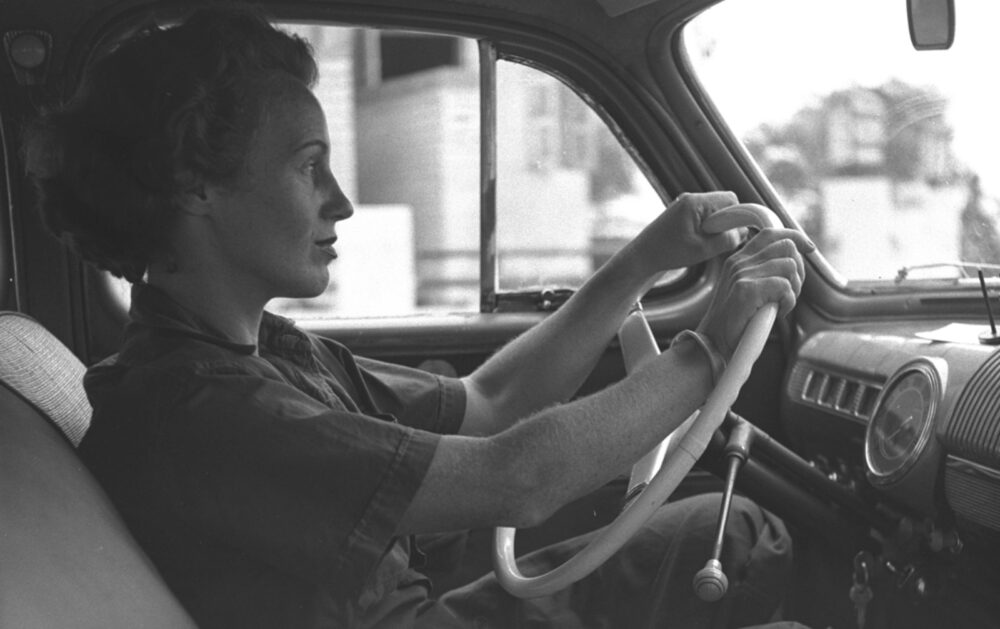 Shilo says that schools here opened their gates to girls and young women already back in the 1880s, “and women were very, very, important in spreading the Hebrew language, especially through preschools.” 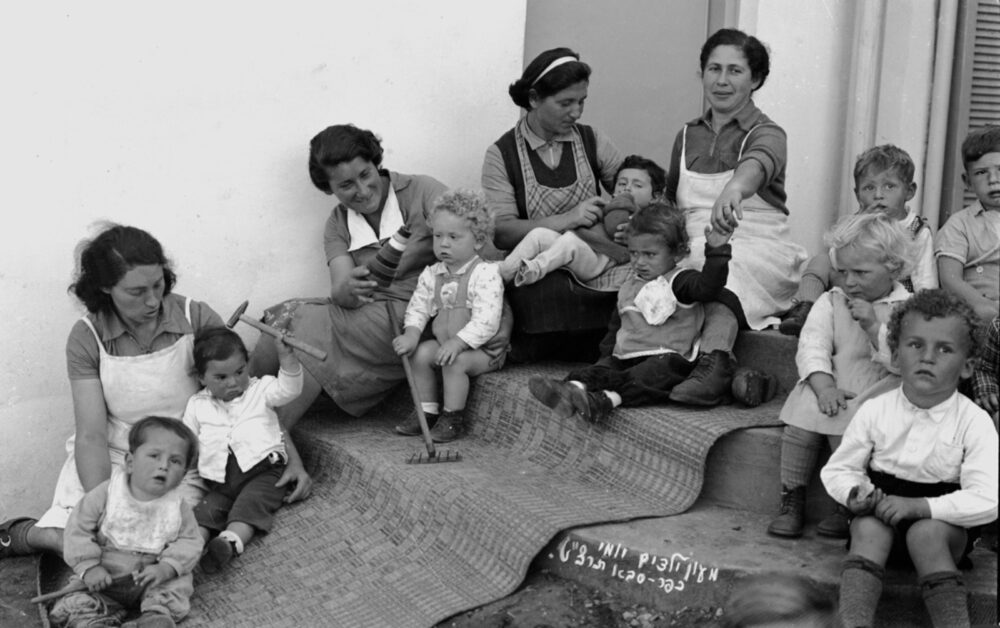 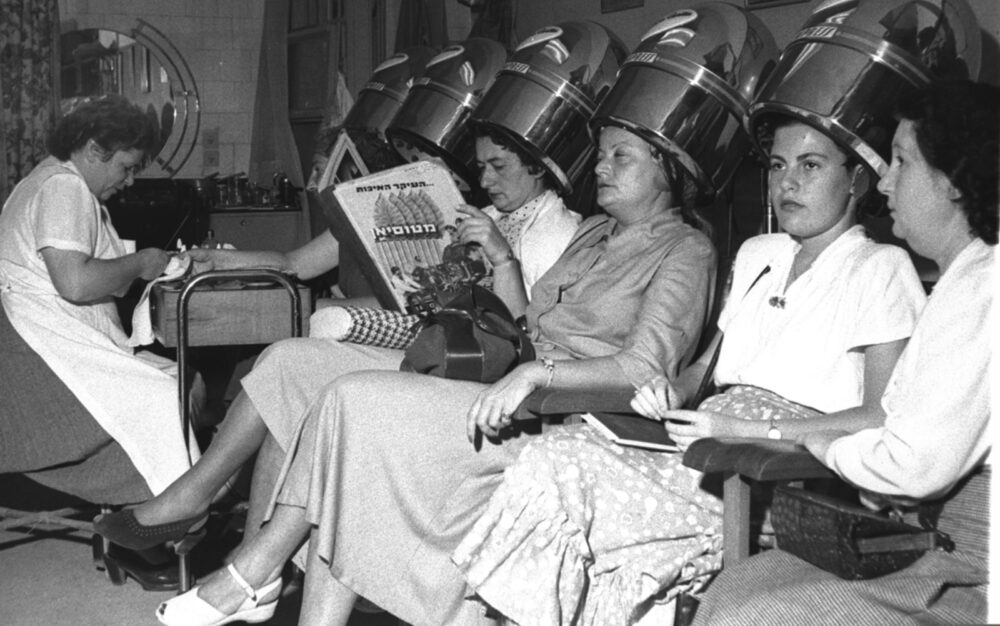 Asked who she believes to be the ultimate woman pioneer in Israel’s early years, Shilo has a somewhat surprising answer.

“I wouldn’t choose an actual pioneer, but a woman who in my opinion carried out the most significant changes here in Israel – an immigrant from the United States called Henrietta Szold. Henrietta Szold stood behind Hadassah and had great influence on the healthcare system in Israel,” Shilo tells ISRAEL21c. 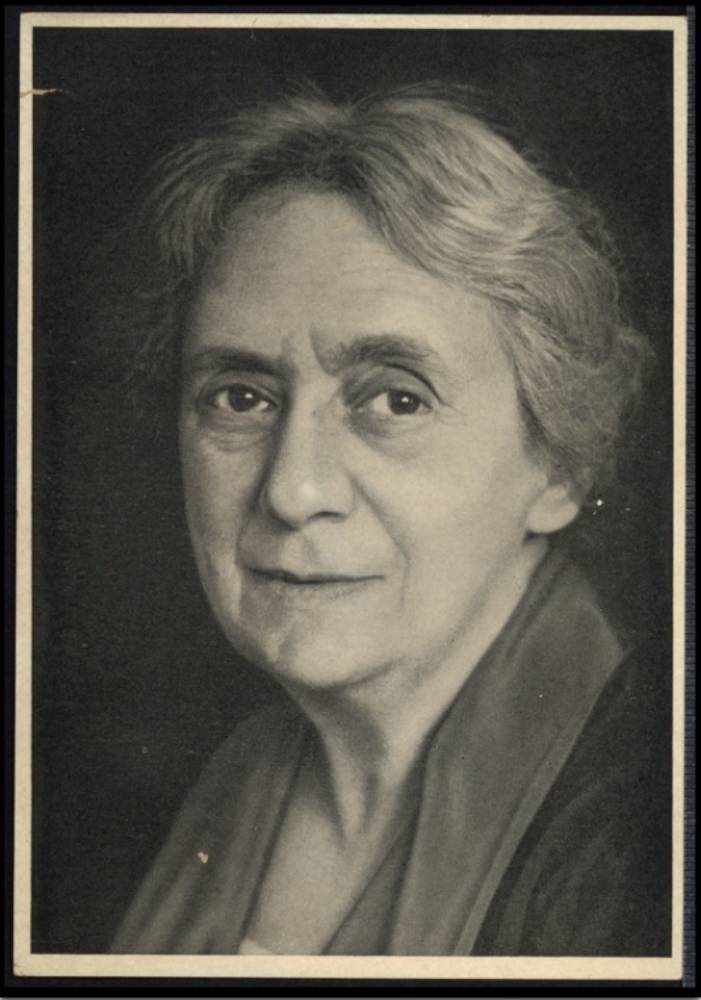 Henrietta Szold. Photo courtesy of the Abraham Schwadron Portrait Collection at the National Library of Israel

“She also founded social services in Israel, not in a philanthropic sense but in an institutional sense, and she ensured that new immigrants were acknowledged and helped out at a time when there wasn’t anyone else to welcome then, and she also worked in education.”

Shilo says that Szold was the woman “who invested here the most in fields that seem womanly and that for some reason we believe to be less important. Maybe we’ve finally had our eyes opened recently and now realize that healthcare, welfare and education are what a person needs.”