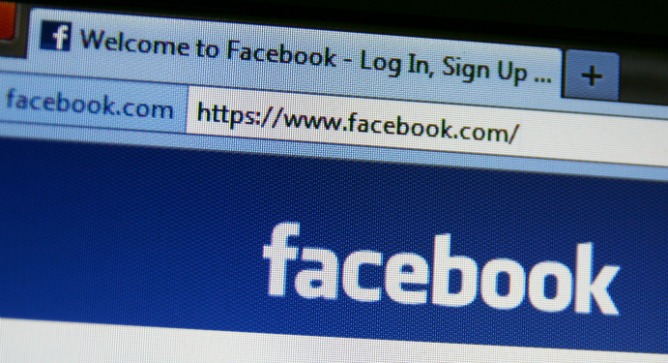 When Facebook acquired Israeli facial recognition app maker Face.com for an estimated $100 million in June, it highlighted a growing category of made-in-Israel apps specifically built for the Facebook ecosystem.

Face.com already powered Facebook’s own photo-tagging suggestions functionality, and made two of Facebook’s must-have apps – Photo Finder, which helps people find untagged pictures of themselves and their friends, and Photo Tagger for quickly assigning tags to group photos. So the acquisition was entirely logical.

While Face.com may be the most prominent, er, face on the Israeli social media acquisition block, there’s lots more Israeli apps out there. For every Facebook fanatic (and these days who isn’t?), here are ISRAEL21c’s Top 10 Facebook apps from Israel.

What do you get when you marry Facebook with Skype? An app that allows Facebook users not only to see who they’re talking to, but to share pictures, videos and game-playing in real time, even when they’re separated by miles. Much of the appeal is in the interactive games, but it can also be used to browse pictures together with your (very hip) grandma. 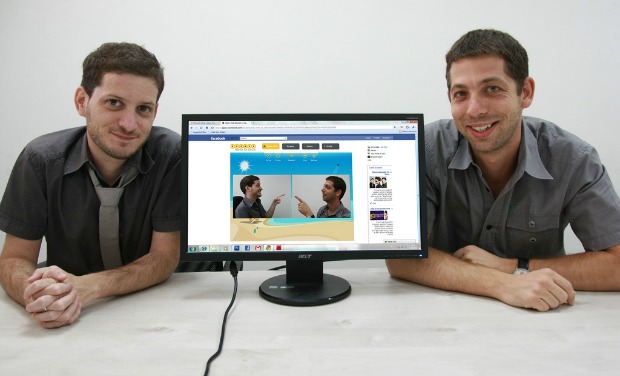 Dany Fishel and Ilan Leibovitch demonstrate the effects on their video chat program.

Rounds started as an online dating site, but the founders were worried participants might get bored, so they added in game play and realized that this was the real money shot. Now they’ve re-introduced the dating theme in the ability to chat with strangers, although the company assures us that strict privacy controls are maintained. 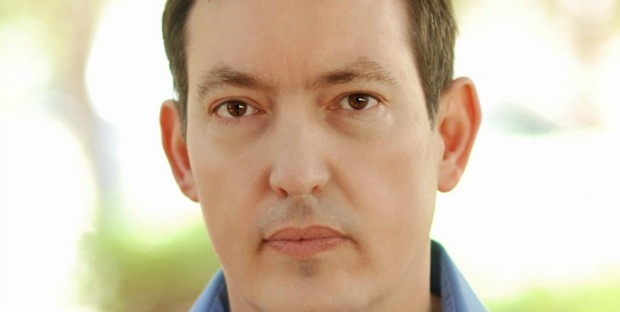 It’s estimated that 99 percent of all websites belong to small businesses or individuals. What do they all have in common? Virtually no traffic. But Facebook has plenty of that. If only there were a way to port an existing website to Facebook with a single click. Oh, wait, there is. It’s called Mywebees, an Israeli-made Facebook app that shrinks a website to 30 percent of its original size while still keeping the interface usable.

But why stop there? Mywebees allows you to add more apps (21 so far) to your newly created Facebook business page: social sharing buttons, coupons, “badges” (virtual awards for fans) and more, some of them free. You can also create cross-promotional alliances with other Facebook members and a mobile version of your Facebook page. Coming up: reverse publishing to turn your Facebook page into a complete website with no sweat.

The play will be familiar to air guitar-heads young or old: Click a button whenever a particular color circle comes sliding down your way; the more you nail, the higher your score. You can view top scores by day, week or all-time. Play solo, against Facebook friends, or random social media gamers. If you’re feeling flush, you can pay for a fancier guitar or a cooler background. 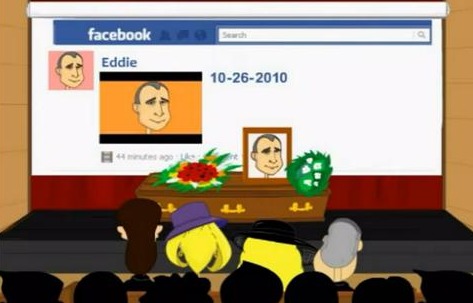 What happens to your social media profile after you die? As more current and post-Baby Boomers take to Facebook, the question is no longer rhetorical. In 2009, Facebook announced that it will keep your Timeline active after you’ve passed away in order for your friends and family to keep posting. But how about you?

Israeli app maker Willook offers “If I Die,” with which you can prepare a video clip or text message to be published to Facebook on confirmation by three authorized friends that you are no longer among the living (only after all three report in will your pre-recorded message go live, so to speak). You can share some post-mortem wisdom, or a dream you’d like your friends to fulfill. Maybe even that final joke — the one only you thought was funny. 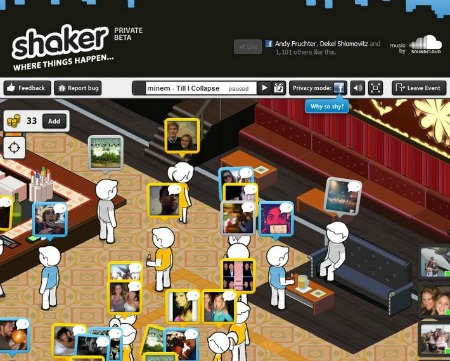 Bringing the party to your screen.

Before you dictate your last will and testament, maybe you’d like to do a little drinking and dancing. Can’t get out of the house? No worries. The Israeli-made Facebook app Shaker – which won a “most disruptive” TechCrunch award last year — brings the party to your screen.

Shaker calls itself the “first nightclub on Facebook.” You join a virtual room where you can meet friends, friends of friends and “the rest,” as the app maker calls them. You can butt into an existing conversation or start a new one. If the loud background music is too distracting, do the equivalent of an online yell and type your chats in ALL CAPS.

Gigya’s “social analytics” provide a ton of data – how many new users are connecting per day, how many visitors are coming to the website from specific social media sites; demographics showing age and gender; and more.

Gigya is bigya – the company’s most recent financing was to the tune of $15.3 million – and Gigya’s prominent clients include MTV, PCWorld and FOX Sports, not to mention the offbeat site GiantNerd. Gigya says it reaches a whopping one billion users per month.

A recently released report revealed that 30 percent of all sexual assaults in Israel last year involved children under 12. That sad statistic is compounded by social media sites’ stress on “friending” as far and wide as possible, putting young people at greater risk online. Another study showed that 80% of Facebook users would accept friendship from an unknown person if that person shared 11 friends with them.

Social Privacy Protector is a new Facebook app and Firefox add-on designed to detect pedophiles and users with hidden agendas. It analyzes your friends based on what groups they belong to, how often they communicate, the nature of their posts, who responds to them and more. The app also looks at the number of common friends you have as well as the number of pictures, videos and groups you’re both in and the number of messages you exchange. All this results in a “connectivity score.” The lower the score, the more suspicious the connection. The Hunger Games is one of the most successful movies in history, grossing $152 million on its first weekend. The official Hunger Games Facebook app has also been become a bona fide success, with close to half a million users (150,000 of whom signed in within a few days of its launch in April).

The game was developed by Israel’s Funtactix – a Tel Aviv-based startup backed by Jerusalem Venture Partners that has built a whole engine for turning motion pictures (also including Mission Impossible 4 and Rango) into Facebook games. By virtue of proprietary technology requiring no downloads or plug-ins, the player is plunged into a virtual world based on the characters and scenes from the movie.

If the thought of walking down to the strip mall to buy a physical gift for a friend or loved one’s birthday is just so 1998, Israeli startup Bday enables you to buy gift cards for friends without ever leaving Facebook.

Gift cards are nothing new, but the app lets you co-opt your mutual friends to join you in the gift-giving process. Once enough people have pledged their two cents (or more), the card is on its way and can be used to purchase an actual item. Bday has attracted a major gift of its own: a $2 million investment from Tel-Ad Electronics.

If you’ve had a bad experience with a plumber, electrician, contractor, lawyer or accountant (and so on) — or if you’ve been tickled pink with pleasure by the work done – Israeli startup Huduyou lets you share that with your Facebook friends. You can post your review quickly via the Huduyou app and all your friends will see it on your Facebook Timeline.

Huduyou has its own web presence but also powers third-party sites, such as the 2,500-strong service professional directory of aliyah (Israeli immigration) facilitator Nefesh b’Nefesh. The service is free for consumers but costs service professionals a small fee to list. Huduyou has been beta testing in Israel and has its eyes set on the United States with an initial rollout in New Jersey.

UNCOVER ISRAEL - Get the ISRAEL21c
Weekly Edition free by email
Sign Up Now!
Bring Israel's story to life.
Millions of people around the world rely on us to gain a deeper understanding of Israel. We are the trusted source for original content you won't find anywhere else.
You can make a difference. Donate today to support journalism that brings Israel’s story alive.
SUPPORT ISRAEL21c
Read more on:   Internet, Facebook, Technology, Israeli apps