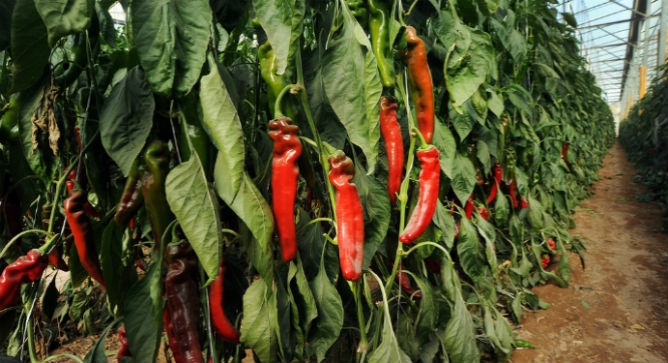 Peppers growing in the Arava. Photo by Eyal Izhar

How many peppers can Peter Piper pick? Well, if the protagonist in the old tongue twister were picking them in Israel’s Arava Desert, the surprising answer is about 150,000 tons.

Once a deserted 112-mile strip of land stretching from the Dead Sea to the Red Sea, the Arava now has some 600 farms supplying more than 60 percent of total Israeli exports of fresh vegetables and about 10% of ornamentals.

In addition to dozens of varieties of peppers, Arava farmers produce tomatoes, cherry tomatoes, eggplants, melons, watermelons, table grapes, herbs and dates – many raised organically and all with minimal pesticides. Other Arava agriculturists specialize in flowers or aquarium fish such as the “Nemo” clownfish. 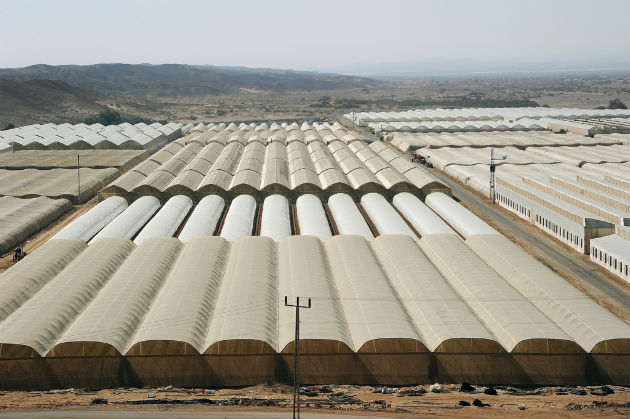 Israeli technology – most notably, drip irrigation – is a major factor in this desert-to-farmland story. But just as important is the constant sharing of ideas, methodology, research and experiences facilitated by Central and Northern Arava Research and Development.

Arava R&D, founded in 1986 by the Jewish Agency, originally served the agriculture development needs in periphery areas. Idealistic would-be farmers, eager to make the proverbial desert bloom, already had established three kibbutzim in the Arava back in 1959. 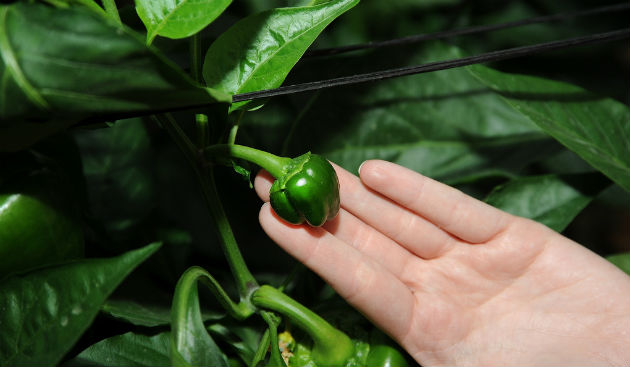 “They were considered meshugenners, crazy people,” relates Aylon Gadiel, director of Arava R&D. “You couldn’t live in the Arava, let alone grow vegetables there. But it was proven that it is possible, and one reason is the development of drip irrigation in the beginning of the 1960s.”

Yet this advance alone was not enough to turn Arava agriculture into a thriving venture. Neither were the innovative greenhouses, shade houses and walk-in plastic tunnels that the desert farmers put into use. 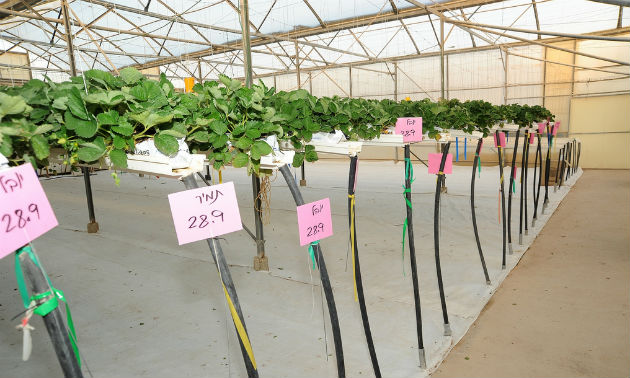 By 1997, when the Jewish National Fund took over Arava R&D in cooperation with the Ministry of Agriculture and Rural Development and other government agencies, regional councils and private sponsors, it was already clear that cooperation is the main ingredient of success.

“You can see what the growers are doing, and they can see what you think could help. Some farmer may be trying something new and we will go test it on an academic level,” he explains. “The interaction is ongoing and constant between all the parties. We try to get the knowledge flowing back and forth.”

This year, many new farmers are being trained in basic agriculture, says Gadiel. Instructors from the agricultural extension service, Arava R&D, business and academia teach topics including the most updated methods of irrigation and plant protection.

“We sponsor meetings with R&D people so that they will get to know the farmers and discuss new options in growing,” adds Gadiel. “We’re testing all kinds of things: Our farmers are growing more and more dates, mangos, table grapes and ornamental fish.” 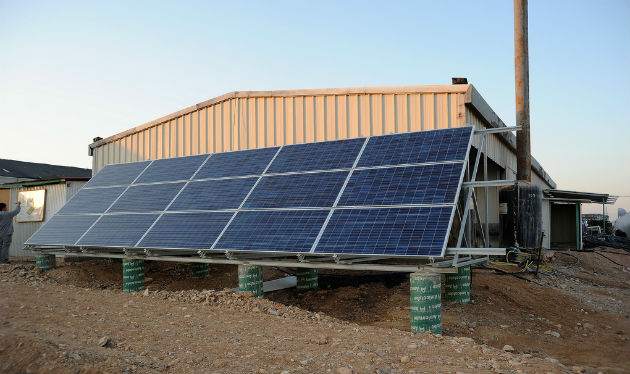 The new solar-warmed hothouse at the Yair Experimental Station. Photo by Eyal Izhar

The next promising crop is strawberries. “They cannot grow in saline water, so we’re trying to grow them with desalinated water from a small plant we have in our Yair Experimental Station. We are developing a protocol for that, and we hope we will have good quality water in a couple of years.”

The United Nations chose the Arava region as a global model for agricultural education on saving water. Israel’s agricultural researchers are constantly improving and refining “fertigation,” in which water and fertilizer are dripped uniformly onto the root system of crops from a specially constructed pipe.

Over the last 15 years, says Gadiel, the Arava has become an international school for agricultural trainees.

“We have a lot of students coming here for year-long projects to study and work with families of Arava farmers — mainly from Thailand, Myanmar and other Far East countries, in cooperation with the Foreign Ministry. When they go back home, each student becomes an ambassador for Israel.”

Experts from Arava R&D travel to countries such as Ethiopia to give practical courses through MASHAV, Israel’s international development agency.

Back on home soil, Arava R&D is working with local companies to develop hardier seed varieties and a new type of plastic covering for greenhouses that would reduce the need for expensive heating in cold months.

“I think Israeli agriculture in general is an example for the whole world of how you can develop an area and live in it, too,” says Gadiel. “We learned how to use our advantages, especially in winter, to produce good-quality vegetables for export to Europe and the United States.”

UNCOVER ISRAEL - Get the ISRAEL21c
Weekly Edition free by email
Sign Up Now!
Bring Israel's story to life.
Millions of people around the world rely on us to gain a deeper understanding of Israel. We are the trusted source for original content you won't find anywhere else.
You can make a difference. Donate today to support journalism that brings Israel’s story alive.
SUPPORT ISRAEL21c
Read more on:   exports, Environment, Agriculture, Green Science, Agritech