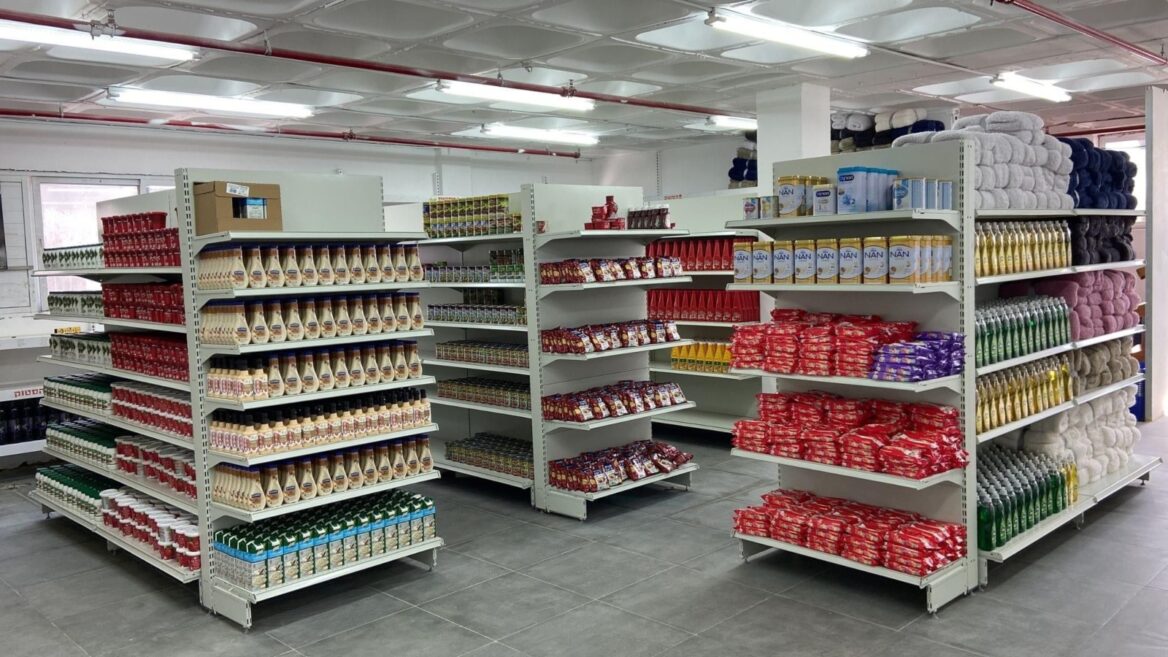 The store in central Israel where thousands of people in need go shopping for free in a respectful experience. Photo courtesy of Shani and Osher Shukrun

A few years ago, Shani Shukrun began matching people up on Facebook. Not for romantic purposes, but to bring together people in need with donors who could help them.

Each time, she’d raise 300 to 400 shekels for a weekend shop for a family in need, or store dry goods in an extra room for someone to come and get.

“But in 2020, my daughter Oreen was born. She was born a preemie weighing 1.5 kilos at the height of the Covid pandemic, and I was really worried about people coming inside the house,” recalls Shukrun, now 27.

“So we decided to rent a place that we’d turn into a supermarket, and that way it would also be more respectful toward people and help them not feel ashamed.”

Shukrun and her husband, Osher, found a little storeroom in the central Israeli city of Petah Tikvah, though which they managed to dispense food and other items to thousands of families. But as their venture grew bigger along with their rent, they decided to move into new facilities.

They recently opened their brand-new, inviting-looking free supermarket in the city. 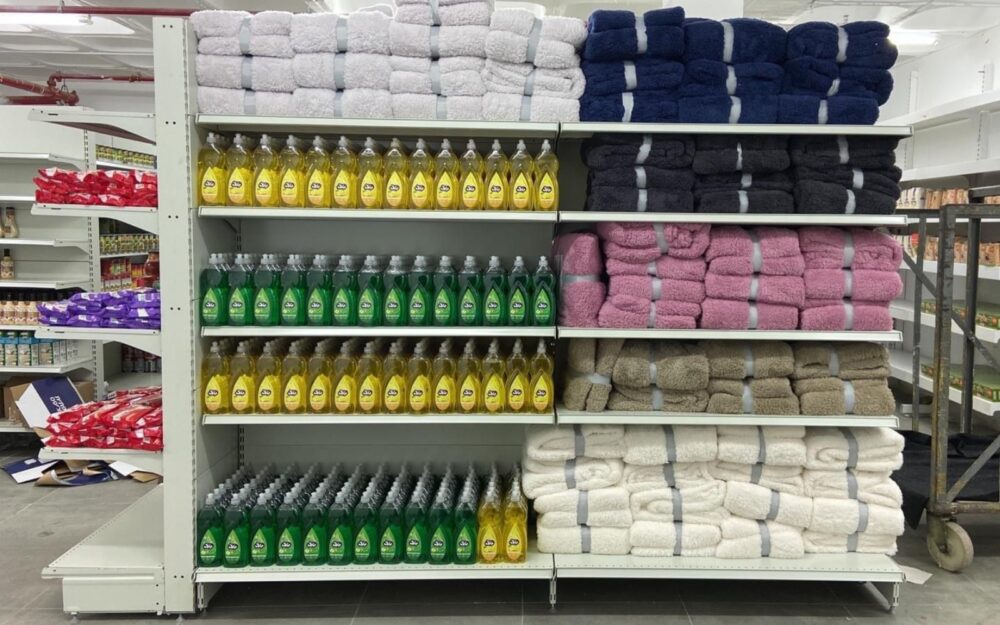 All the products at the free store are neatly displayed to make the shopping experience as pleasant as possible. Photo courtesy of Shani and Osher Shukrun

“We put up shelves and made it look like a supermarket so that it would be nice for people to come in and so they don’t feel like they’re venturing into some alleyway to collect food. We’re trying to make it very neat so that it will feel nice to take things off the shelves.”

Shukrun’s clientele comes in once or twice a month by invitation, which she sends out via designated WhatsApp groups. This way, the place isn’t flooded, and as many people in need as possible get to equip themselves and their families.

“I don’t ask them for any papers. Whoever tells me they’re in need is welcome to come,” she notes. “I see them. It’s not as if anyone’s turning up in their Lamborghinis or Mercedes.”

“If someone reaches out to me, then I need to give him or her assistance,” Shukrun says. “That’s part of the Jewish education I received at home.”

The only rule in the free store is to take only one item of each kind.

“That’s the limit. But you can take from whatever you want – blankets, oil, rice, dish soap, milk, snacks. It’s not done out of stinginess, but to help as many people as possible. Although of course I don’t check anyone’s basket,” says Shukrun. 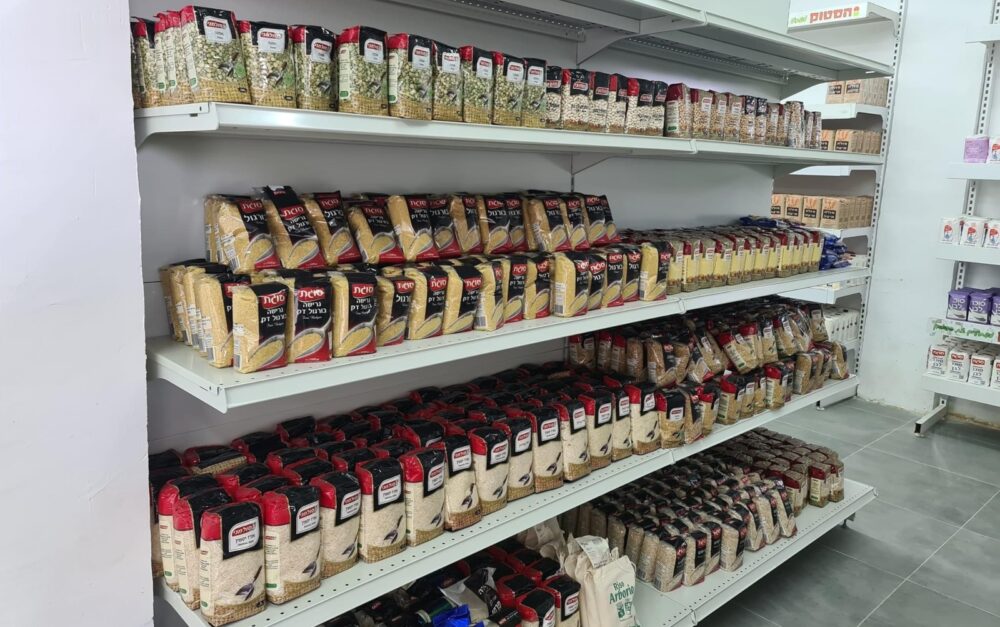 The only rule in the store is to take one product of each kind. Photo courtesy of Shani and Osher Shukrun

“We get a lot of single mothers, people who got fired during Covid and haven’t found themselves since,” she says of the store-goers. “A lot of elderly people, a lot of people with disabilities – populations that have a little harder time getting by.”

People hear about the free store mostly by word-to-mouth. “We’ve also gone on TV a couple of times, and we have a Facebook group with some 15,000 members,” she tells ISRAEL21c.

Some of the “Making Hungry Children Happy” Facebook group members are people who use the initiative’s services, while others are donors. Some found themselves moving from one end to another. 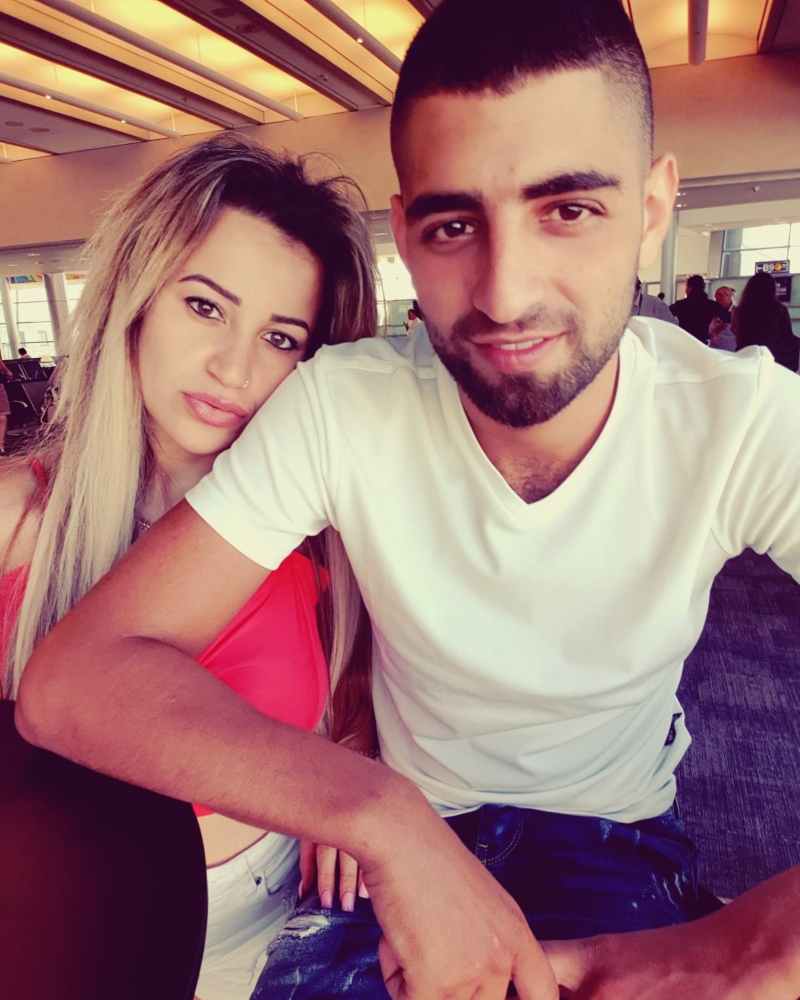 The initiative is completely funded by private donors, whose contributions are used to buy supplies and transport them to the store. There are also donations from vendors who show up with truckloads of goods.

All the money that goes into the initiative goes directly toward supplies, Shukrun stresses, noting that she and her husband – a caregiver for the elderly and a plumber, respectively – don’t take a salary. Neither do the few volunteers who help them, mostly ahead of holiday seasons when the NGO sends out hundreds of food baskets.

“I hardly sleep,” Shukrun admits. “Every spare moment, we’re at the storeroom, tidying up supplies, working with vendors, checking emails and making phone calls. We take the baby everywhere with us and kind of do everything.” 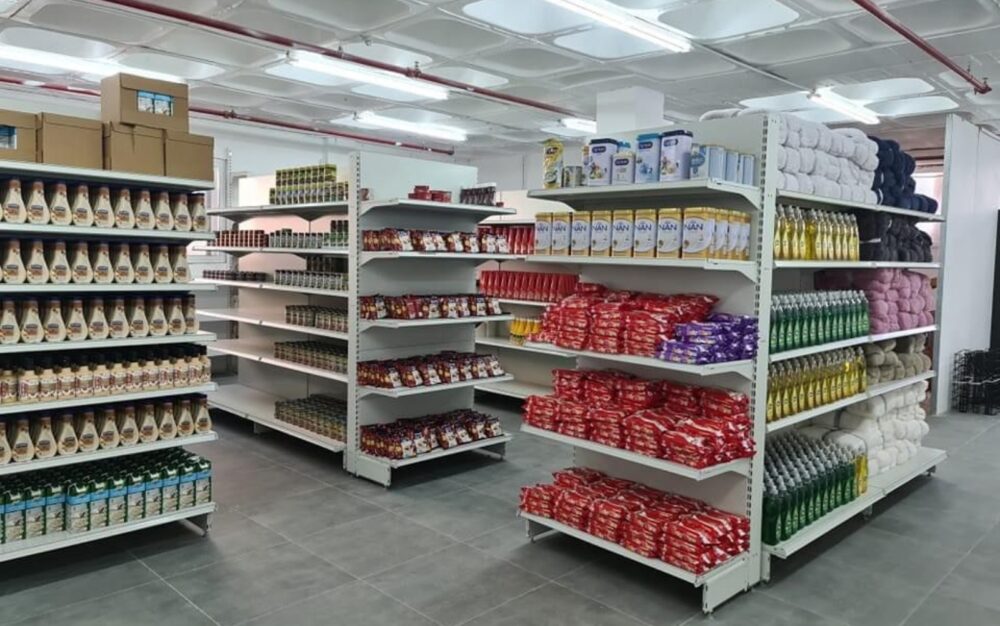 Shukrun hopes to see a network of free stores serving people across Israel. Photo courtesy of Shani and Osher Shukrun

The dream, she says, is to see the initiative grow and spread cross-country.

“I want every city in the country to have a free supermarket run by our initiative. That’s my biggest ambition,” she says.

“I could have said that my biggest dream would be to close the place down and that there’ll no longer be people in need. But I want to be realistic. There’s always the poverty line and those above it and those below it.”

UNCOVER ISRAEL - Get the ISRAEL21c
Weekly Edition free by email
Sign Up Now!
Bring Israel's story to life.
Millions of people around the world rely on us to gain a deeper understanding of Israel. We are the trusted source for original content you won't find anywhere else.
You can make a difference. Donate today to support journalism that brings Israel’s story alive.
SUPPORT ISRAEL21c
Read more on:   Social Action, Spotlight on Israel