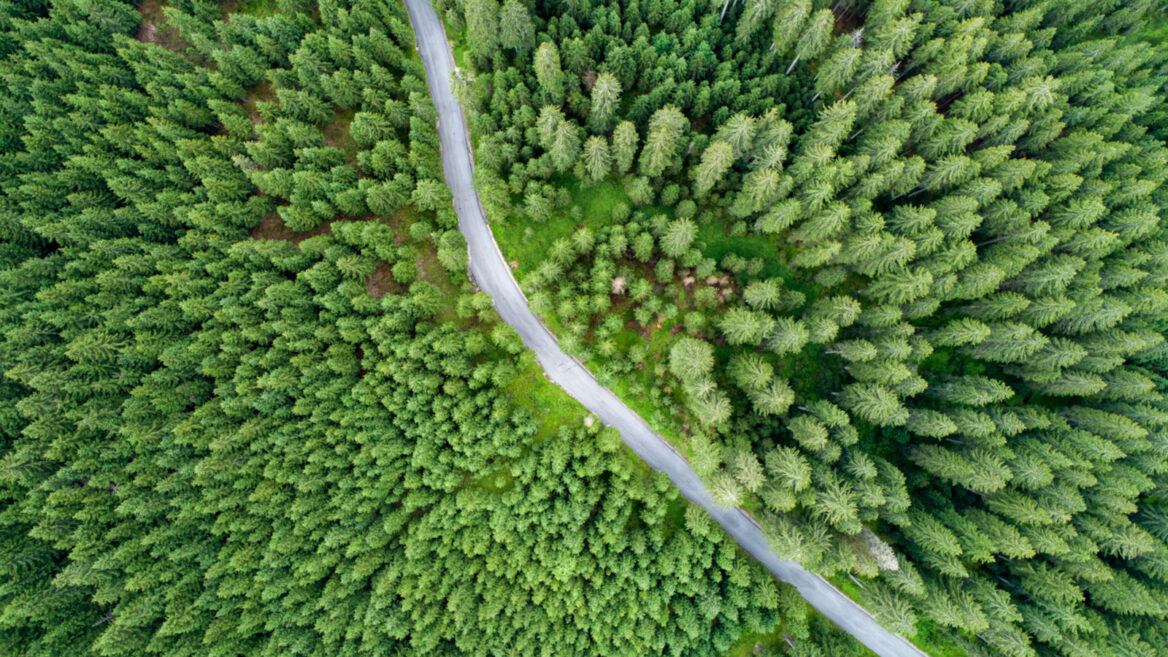 An aerial view of a forest in Slovenia. Photo by Stepo Dinaricus, via Shutterstock.

The concept of carbon credits was introduced in the 1992 Kyoto Protocol, an international treaty on reducing greenhouse gases.

A company that produces carbon dioxide emissions contributing to climate change can purchase a “credit” from an organization, group or individual working to reduce these dangerous gases. The credit serves as a financial incentive to those who can help clean up the atmosphere.

This is especially important for industries that have no current alternative to burning fuel, such as airlines.

Governments may limit how many tons of emissions certain sectors – oil, transportation, energy or waste management – can release. A company that goes over the limit must buy or use saved credits to comply with the emissions cap.

In addition to cap-and-trade markets, recent years have seen the emergence of a voluntary carbon credit market, with corporates from Microsoft to amazon willingly buying carbon credits.

But this voluntary carbon-credit market scheme has been stymied by inefficiencies.

Tel Aviv-based Albo Climate intends to enable “anyone on earth who wants to change his practices to get on our platform” and begin collecting carbon credit cash.

Amselem, who comes to Albo from a 30-year career in high-tech in France and Israel, says he wants to enroll a billion people in order to really move the needle.

Because trees and plants require carbon dioxide to grow, agriculture and forestry provide the biggest opportunity for creating “carbon sinks” — nature’s way of absorbing, or “sequestering,” excess carbon before it gets trapped in the atmosphere.

According to the United Nations, soil carbon sequestration could offset some 20 percent of humanity’s annual carbon footprint.

Farmers who want to participate in a carbon credit market must prove they are practicing “regenerative agriculture.”

In the past, that required — among other things — sending soil samples to an offsite lab. The process was time consuming and cumbersome, disincentivizing many farmers from participating in a potentially lucrative program.

Albo Climate dispenses with the manual ground-level measurements and instead uses satellite imagery to determine if a farm or forest is functioning as a carbon sink.

Until it’s able to launch its own satellites, the company uses data from existing satellites, some purchased and some from publicly accessible government databases. The images show everything from the type and height of trees and crops (which affect the amount of carbon absorption) to the pH and moisture level of the soil.

Weather and location are factored in, and artificial intelligence turns the raw data into actionable insights. Albo’s multidisciplinary team of 13 includes soil experts, algorithm programmers and people who understand space and satellites and sensors.

Armed with data from Albo, farmers in the future will be able to apply to join carbon credit programs.

To be designated as a carbon sink, a farm must make certain changes.

One change is “no-till cultivation.” Tilling involves turning over the first six to ten inches of soil before planting new crops, resulting in ground devoid of plant matter and thus more vulnerable to wind and water erosion.

Other changes involve planned grazing, reducing the use of synthetic fertilizers and pesticides, using more cover crops and rotating crops, so there are always something growing on the land.

“Corn is often grown as a monoculture and most of the year the field is bare,” she says. 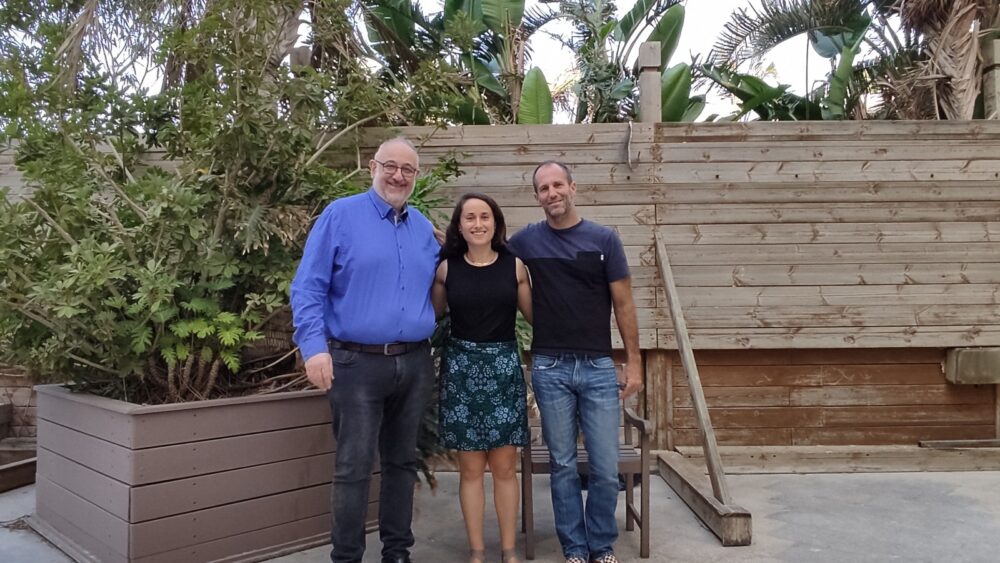 Taranis monitors millions of acres for customers in the United States, Canada, Brazil, Russia, Ukraine and Australia, providing a dashboard for farmers to identify diseases before they spread through the fields.

Albo Climate will roll out its technology to Taranis clients in the US, focusing on corn and soy farms first.

If every US farmer switched to regenerative agricultural practices, “we would more than offset all of the emissions that come from electricity generation in the US,” Charny says.

In 2019, electricity production was responsible for 25% of greenhouse gas emissions in the United States.

In this project, Tembo Power subsidiary Tembo Climate will bring the Albo approach to countries including Cameroon and Uganda. Qualifying project developers can claim their carbon credits, and any income generated will support ranger services, surveillance systems and local communities.

The Taranis and Tembo deals are indicative of Albo’s B2B business model, which Amselem and Charny explained to potential partners at the UN’s recent COP26 climate conference in Glasgow.

Amselem hopes that in another two years, a direct-to-consumer carbon credit program will be available for individual farmers and even, at some point, consumers with a home garden who follow regenerative agriculture practices.

Albo Climate won’t handle the payments; for that the company will tap into the growing international carbon credit marketplace. According to a report from the World Bank last May, the largest ones operate in the European Union, China, Australia and Canada.

Albo Climate will take a cut of any carbon credit dollars paid into the marketplace.

A pivot from mosquitoes

Albo Climate started out with a different planetary scourge in mind: eradicating the malaria- and Zika-carrying mosquitoes known as Aedes albopictus. The “albo” part of the mosquito’s name was adopted by Amselem’s company

“We used satellite imagery to identify bodies of water, which is where mosquitoes start their lives,” Amselem tells ISRAEL21c. “I wanted to save the lives of the million people a year who get malaria.”

Albo was one of a handful of companies selected to join the TechStars  accelerator. The TechStars team encouraged Amselem to pivot to the climate arena. After all, mosquitoes affect millions of people, but climate change affects billions.

UNCOVER ISRAEL - Get the ISRAEL21c
Weekly Edition free by email
Sign Up Now!
Bring Israel's story to life.
Millions of people around the world rely on us to gain a deeper understanding of Israel. We are the trusted source for original content you won't find anywhere else.
You can make a difference. Donate today to support journalism that brings Israel’s story alive.
SUPPORT ISRAEL21c
Read more on:   Environment, Climate Crisis, Carbon Footprint, greenhouse gases