As a special present for the holidays, ISRAEL21c brings you an inside look at a very unusual school in Jaffa, where children of all faiths study, play and celebrate together.

Muslim, Jewish, Christian, Buddhist… no-one cares. The 330 children at Tabeetha school, age two to 18, have learned to live in peace with one another, even while living in the fractious Middle East.

We spoke to three children studying at the school, Noni Batshon, 9 – a Christian; Yair Kalika, 10, who is Jewish; and his best friend, Adam Assai, 10, who is Muslim.

Tabeetha is the only Church of Scotland school in the world, and it’s been running for 156 years, since Scottish woman, Jane Walker-Arnott opened a school for girls in Jaffa.

Watch our film and receive a beautiful dose of hope this holiday season. 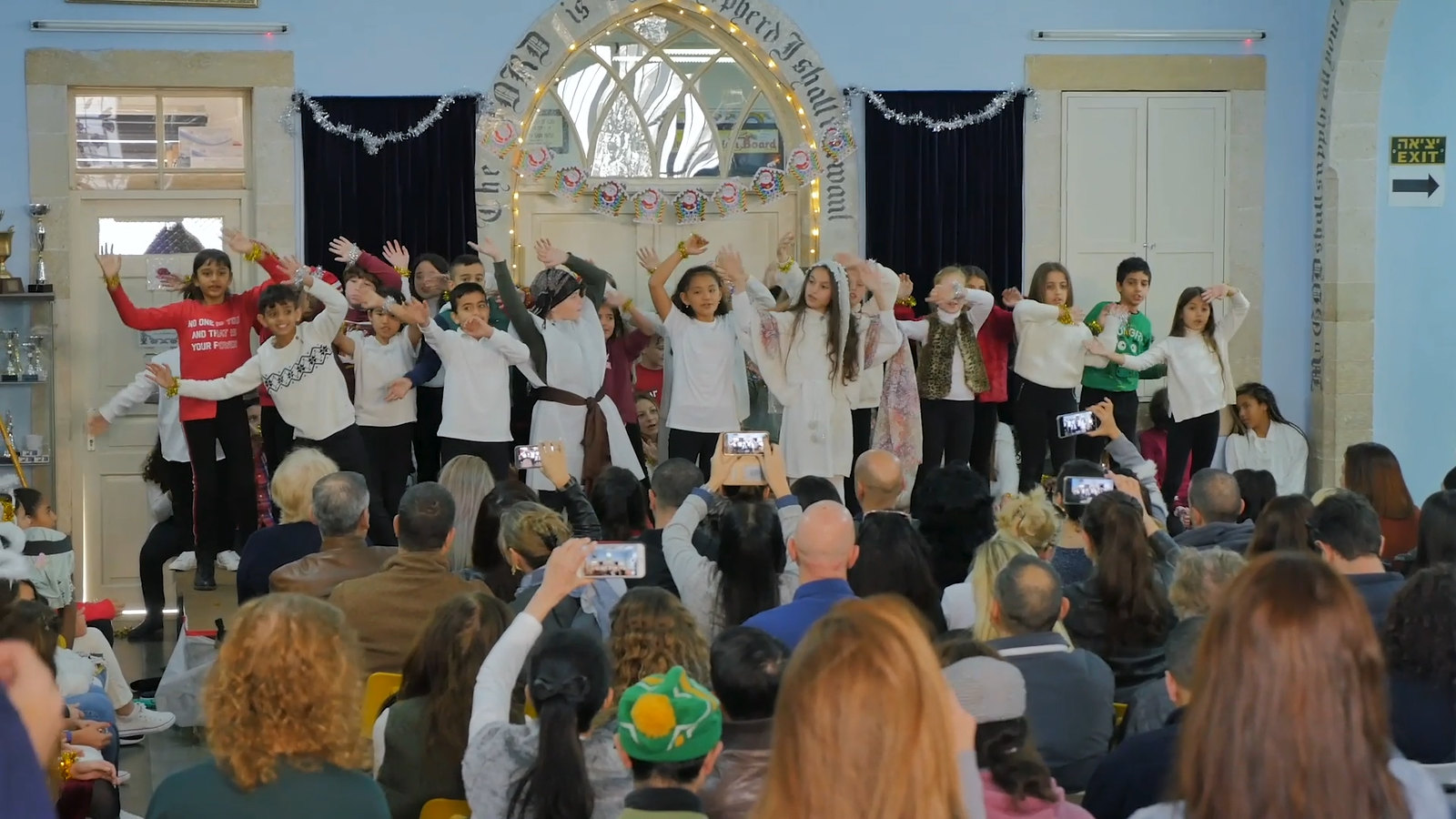 Jewish, Muslim and Christian children celebrate the Christmas Nativity play together at Tabeetha School in Jaffa. Photo still from film
UNCOVER ISRAEL - Get the ISRAEL21c
Weekly Edition free by email
Sign Up Now!