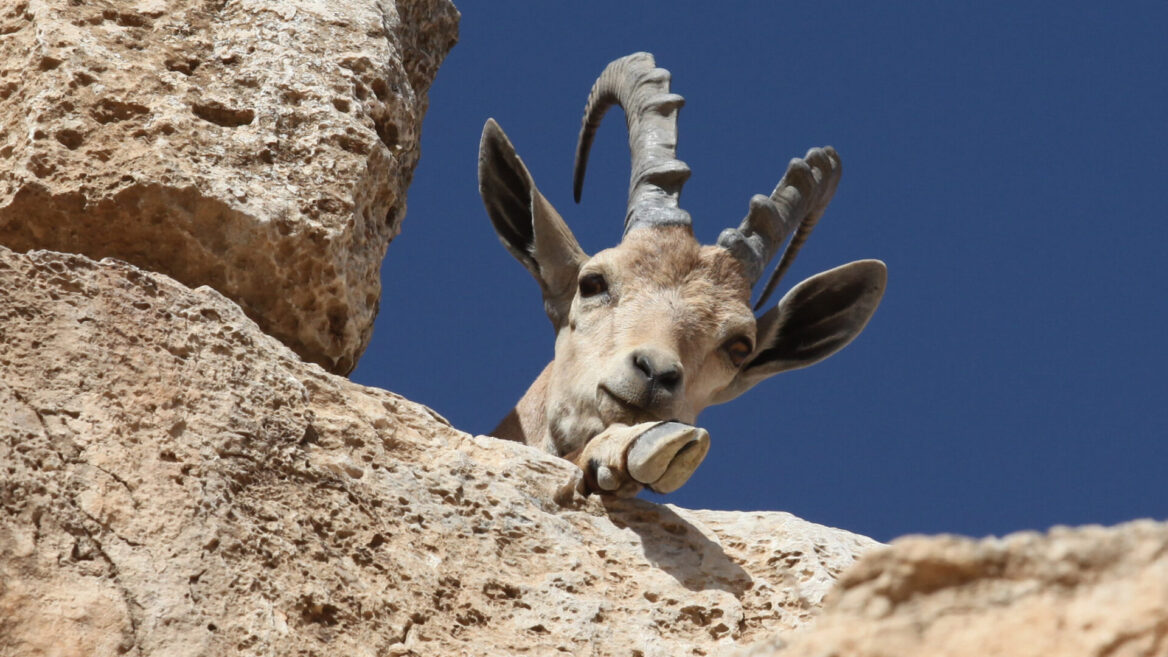 A Nubian ibex on the cliffs In Ramon crater. Photo by Yossi Zamir/Flash 90

Visitors to Israel’s desert regions are very likely to come across a lovely, local specimen: the ibex, or, more specifically, the Nubian ibex that is native to the Middle East.

Despite the ibex already being mentioned in the Bible, chances are that if you had visited Israel prior to the 1950s you’d have had a hard time spotting the mountainous goats. This is because the ibex population suffered at the hands of hunters – a phenomenon that has to a large extent disappeared thanks to an anti-hunting law passed in Israel’s first years. 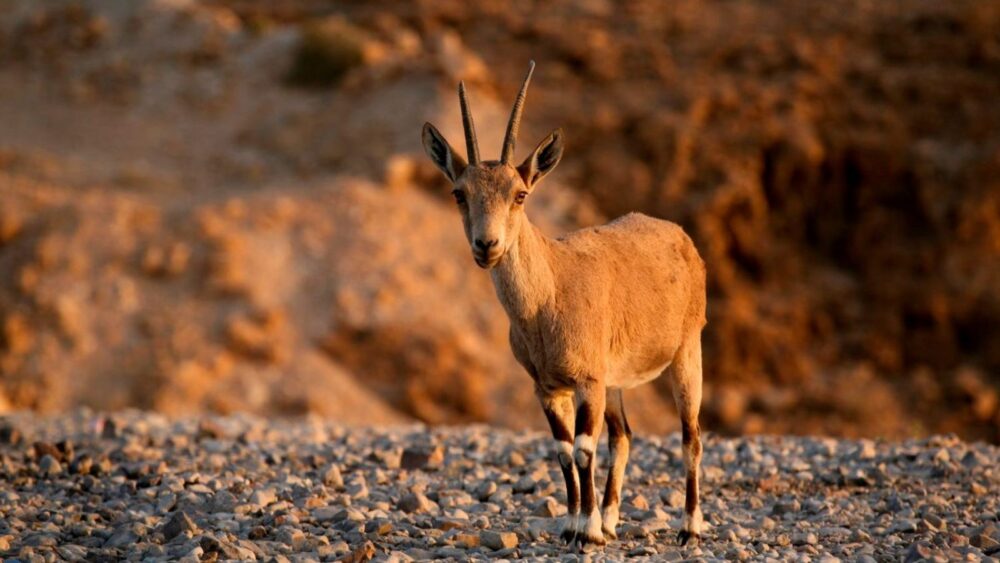 A Nubian ibex on cliffs near the Dead Sea at sunrise. Photo by Matanya Tausig/Flash90

“We don’t have the exact numbers, but [we know] that it was difficult to spot ibex when you went hiking in the Ein Gedi area,” explains Zehava Sigal, the Israel Nature and Parks Authority’s ecologist for the Negev Mountains region.

“Nowadays, it’s much easier to see ibex. We go hiking, look up at the cliff and see them.”

Sigal is responsible for monitoring the ibex population, conditions and habitat in the South.

“We count ibex in four locations across Israel in order to give an estimation of how many of them there are,” she says. 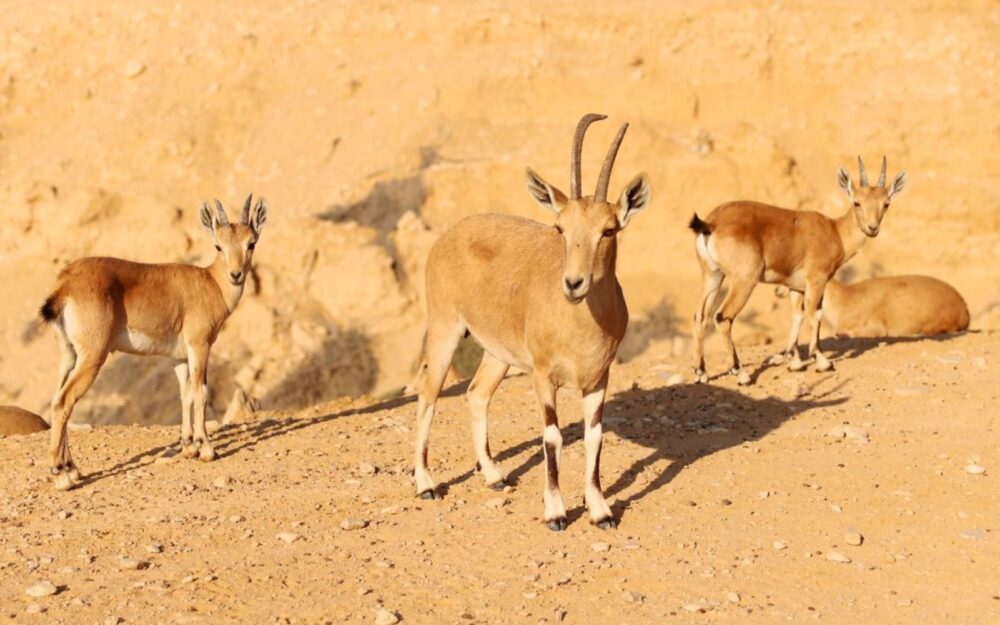 The ibex population is faring well in Israel, largely due to an anti-hunting law that was passed in the state’s early years. Photo by Yaniv Cohen/INPA

“It’s not a census; we don’t really know the number of ibex in the country at any given moment,” she notes. “Instead, the counting is a way to check if there are any problems or if there’s something that we need to pay attention to, such as migration.” 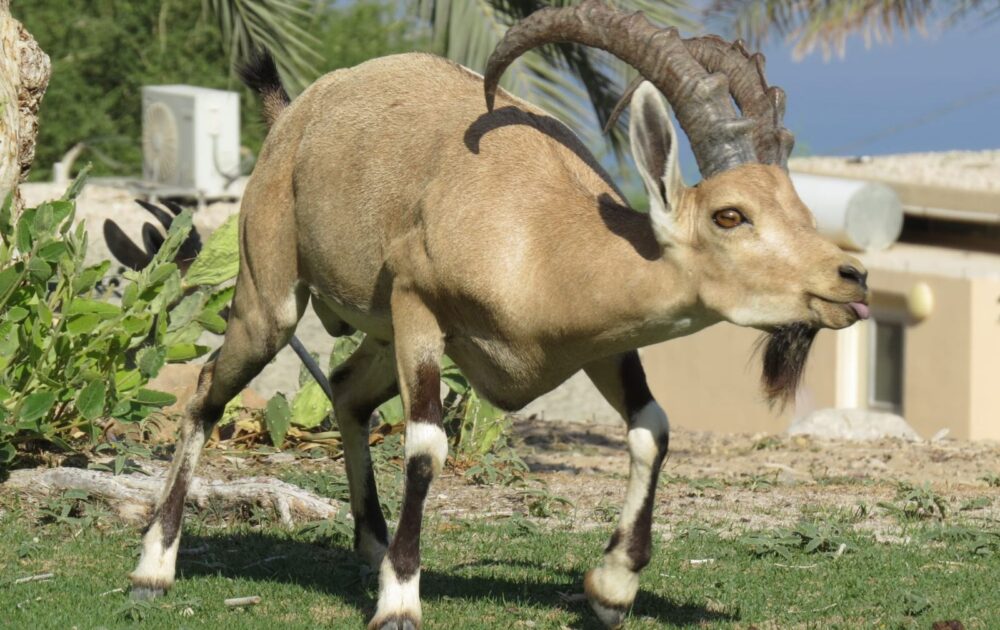 Having said that, Sigal estimates the ibex population in Israel to be between 1,200 to 1,400. That may not sound particularly high, yet these numbers show a moderate and positive rise.

“There’s no decline, and we’re not currently concerned about any danger to the size of the population,” she tells ISRAEL21c.

Humans getting in their way

There is some concern, however, regarding mankind’s intrusion into ibex habitats in the form of growing numbers of tourists, construction work and road paving.

This is particularly relevant to the issue of migration since ibex tend to roam from one habitat to another and human activity gets in their way. 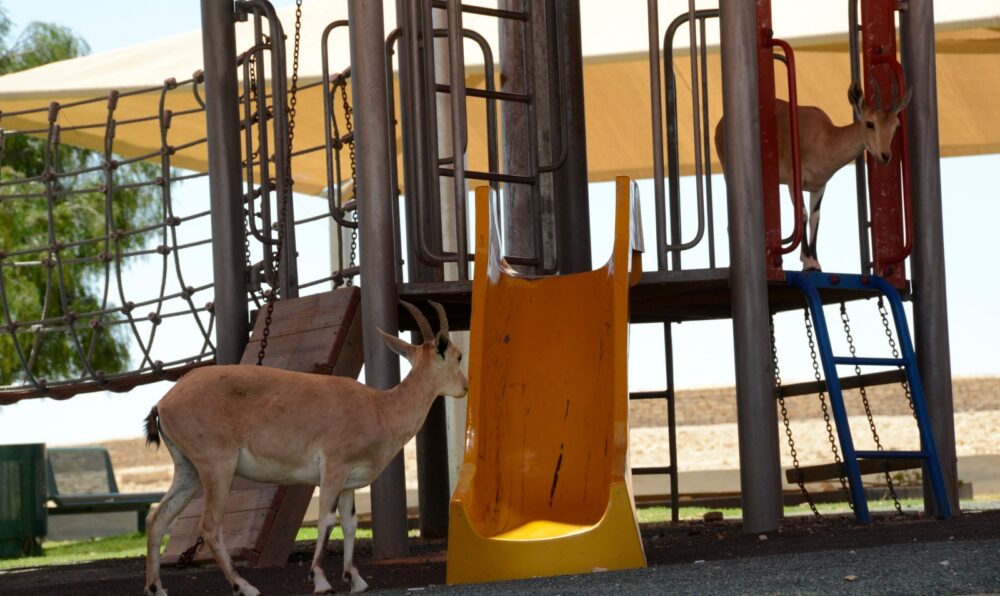 An ibex and its young adventure on a playground in Mitzpeh Ramon. Photo by Zoe Vayer/Flash90

“By taking up part of their habitat, we’re decreasing their possibilities of spreading out properly,” Sigal says, emphasizing that the genetic transfer between the different populations is very important.

“The spatial connection between them is often interrupted by roads or fences in places of industry and so on. We get involved in every case of road or fence construction to ensure that there are corridors for the ibex to move through,” she says.

A second issue, Sigal says, is the ibex’s tendency to pop up in southern towns, where they often eat trash and give locals a bit of a scare.

“Ibex aren’t apprehensive animals. They have a tendency to get used to being close to humans,” she explains. “The fact that they can get near people is a danger – they end up eating plastics, getting caught on wires or being run over,” she explains. 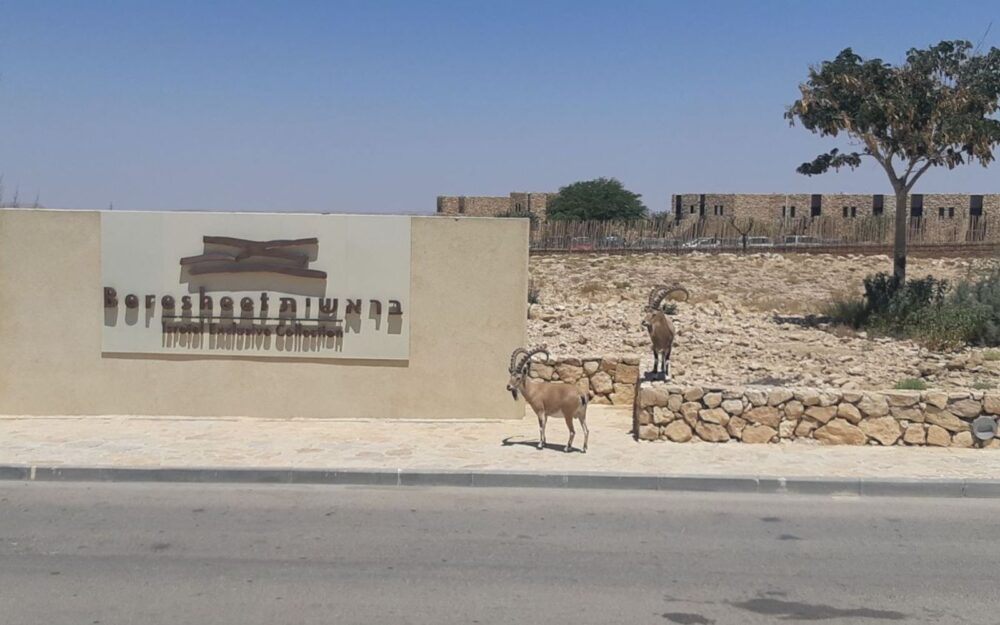 Guests at the luxurious Beresheet hotel in the Negev delight in the nearby ibex, but their proximity isn’t necessarily a good thing. Photo by Yaniv Cohen/INPA

And when ibex enter private gardens and eat from trash cans, people view them as destructive or dangerous animals.

“A resident who’s suffered from ibex again and again or who’s scared to leave their house with their kids because they see a male ibex is an important issue. We work with the communities to monitor the situation and to explain things. We want to ensure that awareness of [ibex] remains positive and that people will want to protect them.” 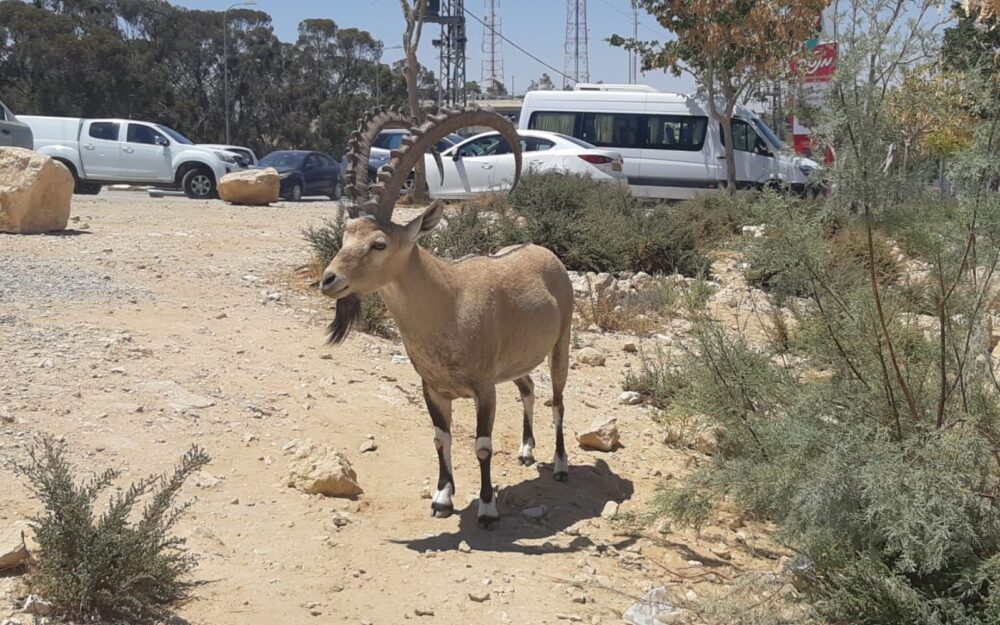 This is done, for example, by posting signs asking residents not to feed the ibex, or by communicating the importance of keeping trash cans firmly closed.

She believes in empowering residents to help look after the ibex that enter their communities. “This sense of responsibility is what will help the ibex continue on existing,” Sigal says.

UNCOVER ISRAEL - Get the ISRAEL21c
Weekly Edition free by email
Sign Up Now!
Bring Israel's story to life.
Millions of people around the world rely on us to gain a deeper understanding of Israel. We are the trusted source for original content you won't find anywhere else.
You can make a difference. Donate today to support journalism that brings Israel’s story alive.
SUPPORT ISRAEL21c
Read more on:   Spotlight on Israel, Environment, IBEX, Israel Nature and Parks Authority