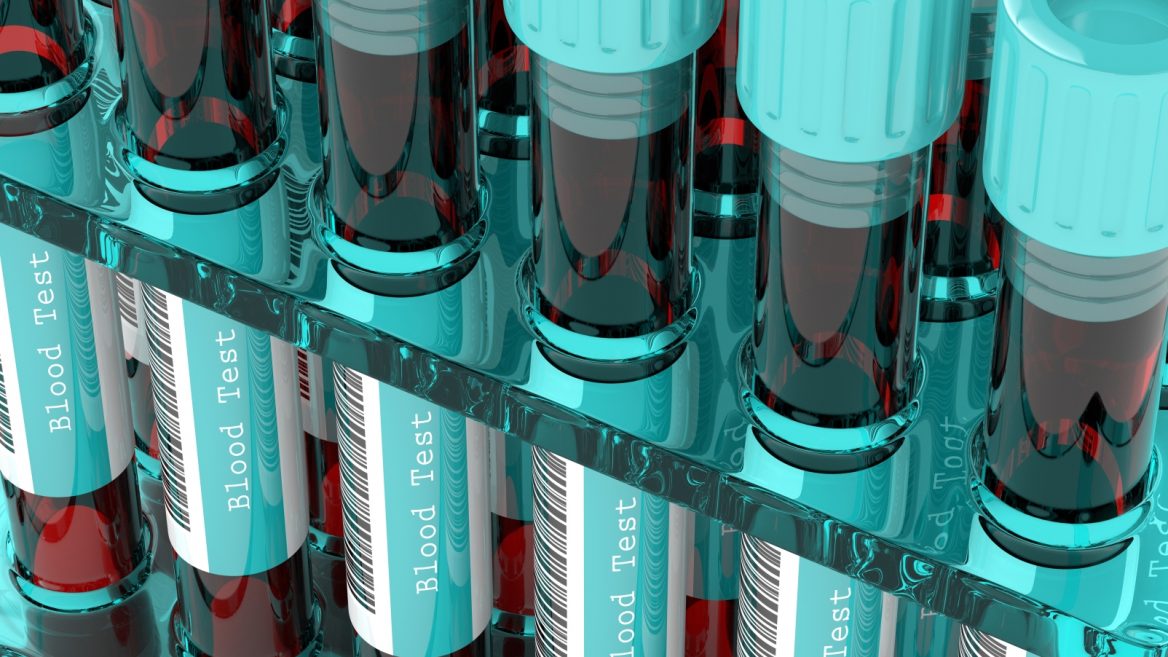 The way blood-cell counts and diagnostic blood tests are done hasn’t changed in years: Your blood gets drawn into one vial for each type of test and sent to a lab, where technicians prepare slides from each samples and examine them under a microscope. Results arrive in hours or days – and then only if you’re in a place with the necessary infrastructure.

Here ISRAEL21c takes a look at three Israeli startups aiming to revolutionize and democratize how blood tests are done.

RevDx by Engineering for All (EfA) 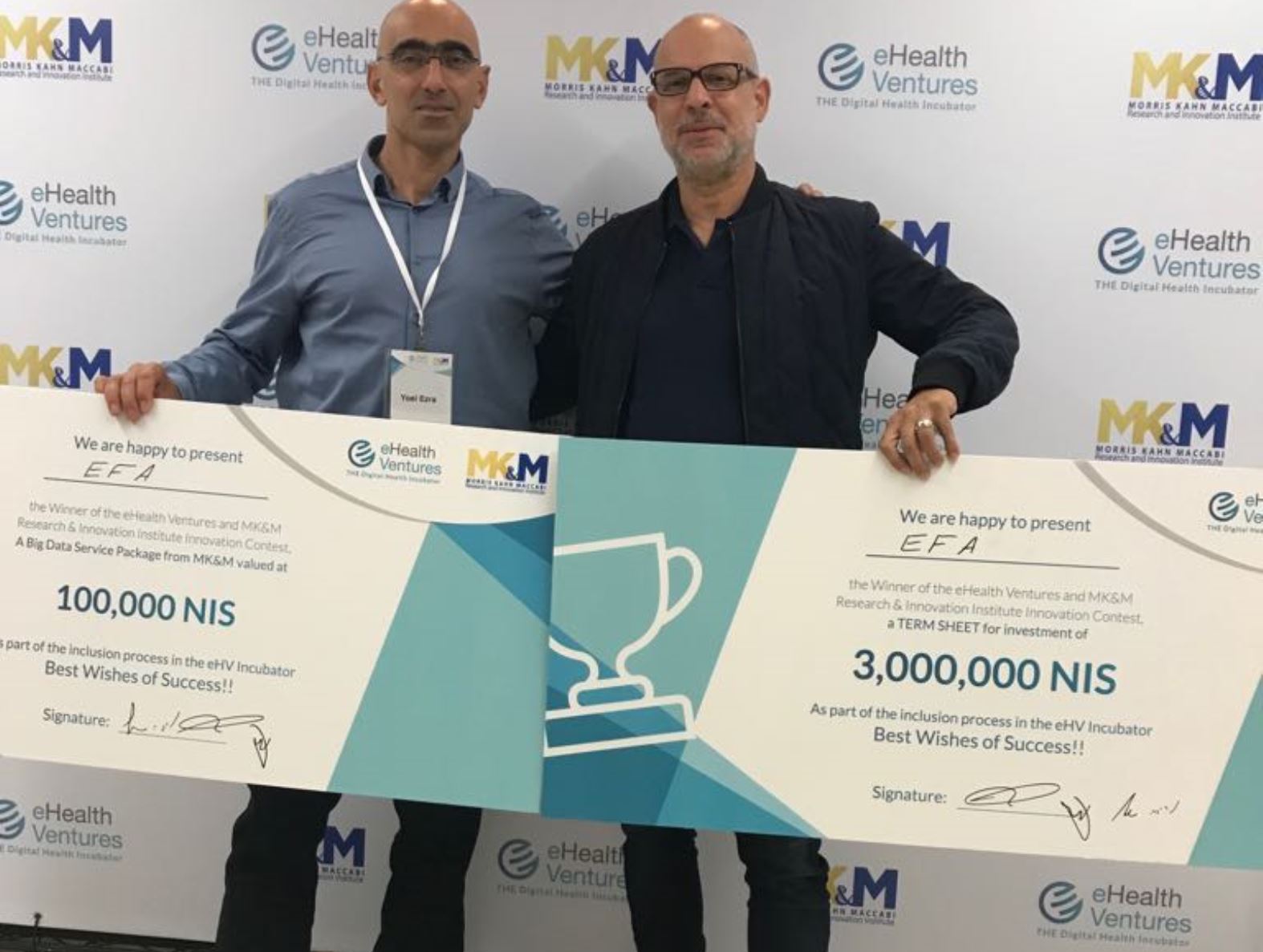 Engineering for All (EfA) is developing a handheld programmable device that performs automated blood analysis and diagnostics at the point of care. 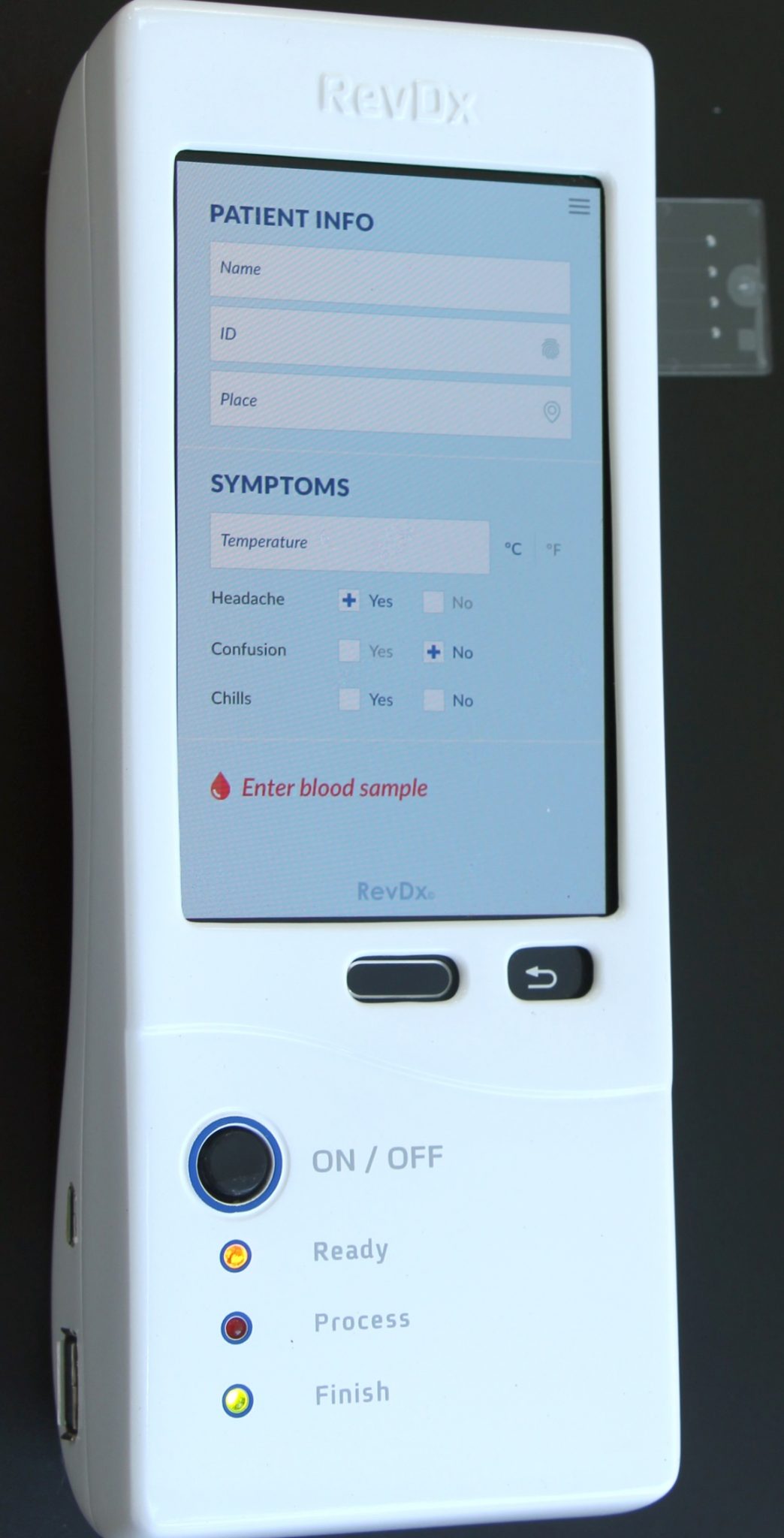 “My vision is that in a few years our product will be an essential tool in every healthcare worker’s bag for home visits, emergencies, point-of-care, remote locations and more,” Ezra tells ISRAEL21c.

A Pears Challenge 2017 Fellow, EfA was part of an Israeli startup delegation to India in September 2017 and won first prize in the eHealth Venture competition in March this year.

“We have received inquiries from countries such as Dubai, India, Ivory Coast, Portugal, Turkey, Sri Lanka and Nigeria,” says Ezra, who is talking to potential buyers and investors in both developed and developing countries. “There obviously is interest and a real need for high-quality, affordable, accessible lab tests.”

Based in Caesarea, EfA was cofounded in 2016 with Eli Mor and received a grant from the Israel Innovation Authority. Its medical adviser is Dr. Ami Neuberger, an infectious disease specialist at Haifa’s Rambam Health Care Campus. Ezra expects RevDx to be on the market in about two years.

“We are looking for funding to continue development of the prototype,” says Ezra. “Then we will do a field pilot project followed by clinical studies.”

Sonorapy is developing a technology to replace standard diagnostic blood tests with a noninvasive soundwave diagnostic tool to detect pathogens (viruses or bacteria) from a single blood sample.

“Our product is a one-of-a-kind sensor that sends very high-frequency soundwaves into an organism and listens to the acoustic sounds resonating back. Each pathogen is known to have a unique sound signature but there was never a machine capable of reading them,” explains cofounder Noemie Alliel.

A unique algorithm will identify the pathogen using a massive database of harmonic resonance peaks for each disease. In seconds, easy-to-read test results will be available at the point of care.

Sonorapy’s device theoretically could even scan the patient’s body rather than a blood sample, making the diagnostic process 100 percent noninvasive. 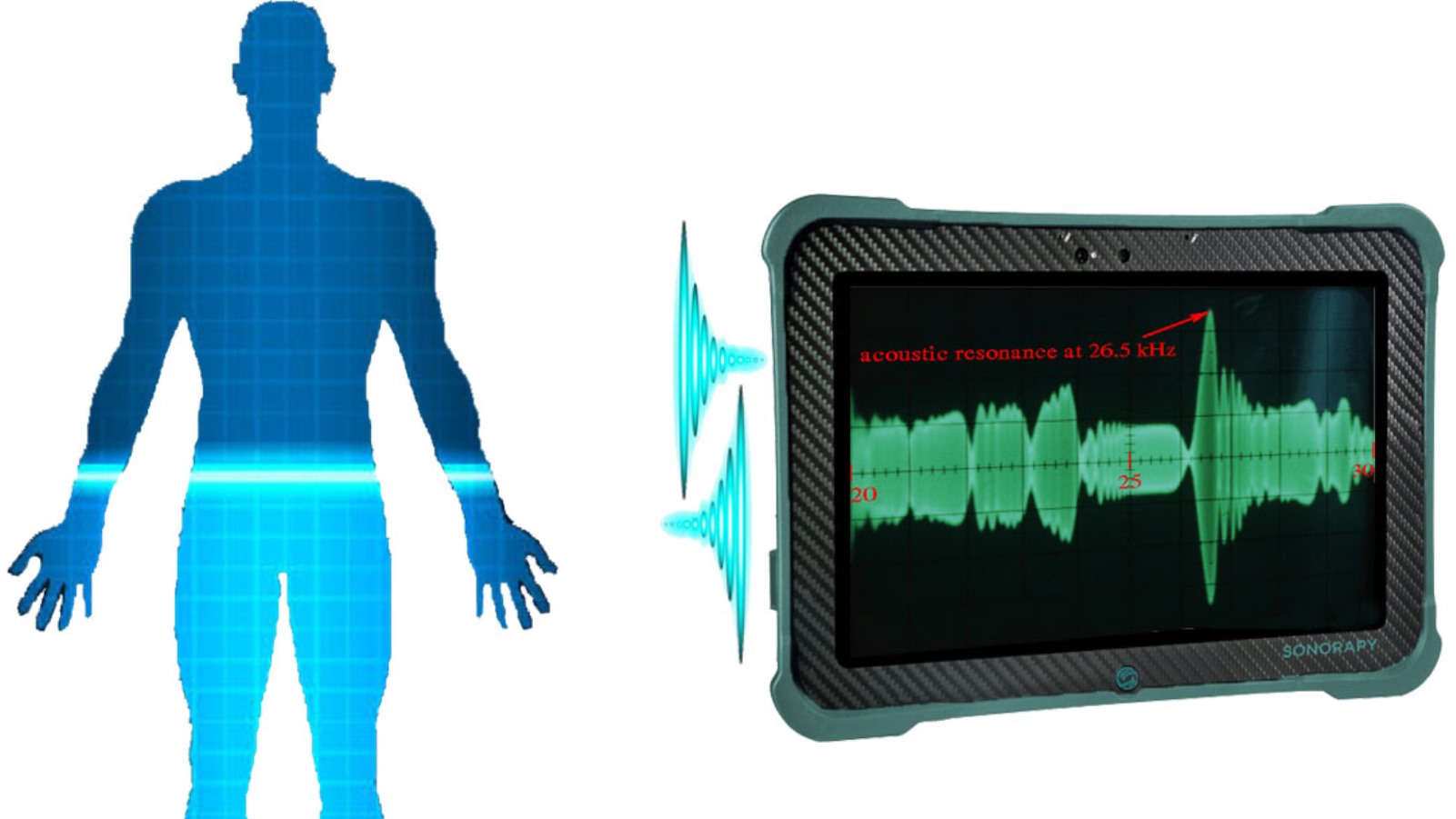 The concept came from two aerospace engineers at Northrop Grumman in California, who met Alliel in flight school. She’s based in Tel Aviv while they’re in Los Angeles.

Following advice from experts, mentors and potential investors, Alliel and cofounder Robert Del Rio have decided to start by targeting the biodefense and epidemiology sectors.

“Infectious diseases are spreading more rapidly than ever before, and the Western world is concerned,” says Alliel.

“Troops on the field could be exposed to biological agents and it’s hard to diagnose there just based on symptoms. Current technologies compromise specificity, speed or cost. The Holy Grail is a solution that offers all three, and that’s what we are working on. This will disrupt the industry when it hits the market.”

Sonorapy was one of six Israeli startups handpicked by the US State Department and White House for the 2016 Global Entrepreneurship Summit at Stanford University in California. It also took part in the BioStars accelerator run by Panacea Innovation in Oxford.

The founders still have a lot of R&D to do before making a proof of concept and raising money. They’re speeding up the process through partnerships with Israeli, British and American academic institutions. Alliel estimates the POC could be ready within six months after Sonorapy receives funding.

“Our goal is to get the same or better accuracy than if you send the blood samples to a lab,” she says.

CBC is the most common medical blood diagnostics test but it’s typically performed at a central lab instead of at the POC (doctor’s office or clinic), and results aren’t immediate.

Sight’s patented process for “digitizing” the blood sample into a set of specifically colored microscope images begins with placing the sample on a pocket-sized test cartridge and inserting it into the system. OLO then applies proprietary machine-vision algorithms to these images to analyze 19 CBC parameters. Results are delivered in just 10 minutes.

“The technology to provide full-spectrum analysis with only a finger prick of blood is seen by many as a holy grail in this space, and it’s no secret that others have tried,” said CEO Yossi Pollak, who cofounded Sight Diagnostics in 2010.

“After implementing our malaria-detection technology in India and several African countries and exceeding expectations in multiple clinical trials, we were encouraged to explore our technology’s ability to enter the $50 billion market of CBC testing.”

“Previous blood analyzers aimed at in-office testing have involved clinical compromises and are difficult to operate or maintain,” said Dr. Carlo Brugnara, director of the hematology lab at Boston Children’s Hospital and professor of pathology at Harvard Medical School. “OLO has the potential to deliver on the promise of accurate, comprehensive blood testing at the doctor’s office, even with a finger prick sample.”