You’d think that a youth group catering to LGBTQ+ teens would be all about gay rights, empowerment and support. But IGY, Israel’s proud youth organization, does more – it aims to harness LGBTQ+ identity as a driver to create a more democratic, diverse and free society.

“IGY was founded in 2002. The first group was set up in Kfar Saba and was established with the goal of becoming a space for teens and youngsters to discuss LGBTQ+ identity. Since then, the organization’s gone a long way, from a more therapeutic organization that provides support circles to a youth organization that holds a position in Israeli reality,” explains IGY’s vice president, Liana Meirom Asif. “Nowadays, the overarching goal is really to influence Israeli society, not only when it comes to the rights of the gay community, but equal rights in Israel more generally,” she says. “We’re not just LGBTQ+, which is one type of diversity, but we all come from different homes and see Israel as the home of a diverse society, and that’s our strength.”

To effect change across Israeli society, IGY runs multiple projects that reach out to thousands of people. It has more than 4,000 members and hundreds of volunteer guides in more than 100 youth groups and clubs around the country; a one-year pre-military academy program; designated military service tracks; a professional college for at-risk LGBTQ+ young adults; and a prospering alumni movement. 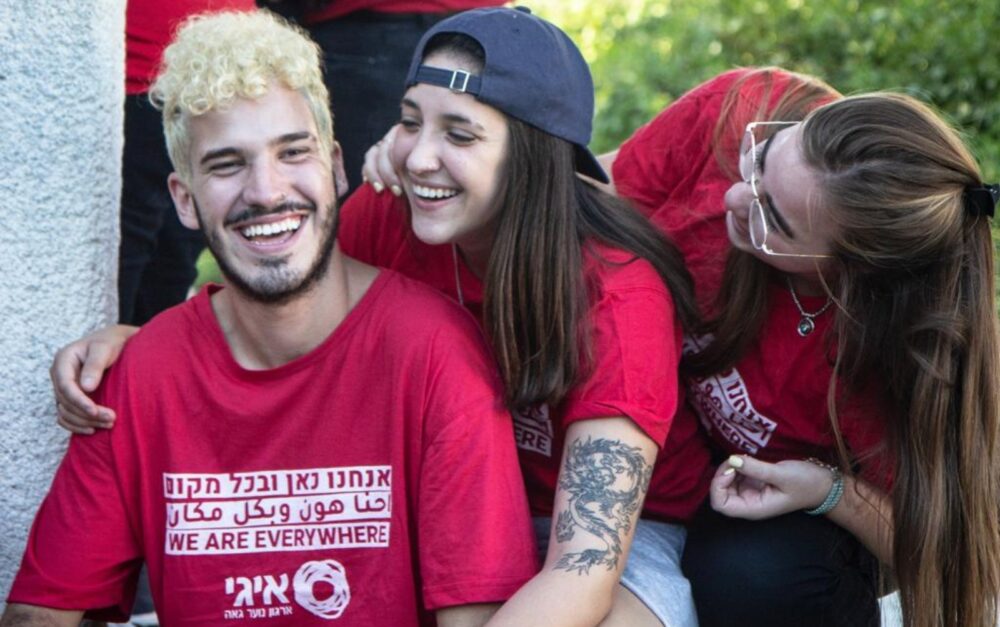 IGY has some 4,000 members in more than 100 youth groups and clubs across the country aimed at empowering its teen participants. Photo courtesy of IGY PR

IGY’s best-known program, its youth group, caters to teens across the country and from a broad range of backgrounds – Jewish religious and ultra-Orthodox youth, youth across the gender spectrum, teens from Arab communities, from central Israel and from the economic or geographic periphery – and offers, like other youth groups, weekly meetings, hikes and social events.

“The process of coming out is not a standalone value as far as we’re concerned. Our values are to encourage leadership, equality, and communal and societal changes in the places where we’re at,” she explains. “The most dramatic change from an educational point of view is to say that LGBTQ+ identity is not something to be ashamed of but something that should be strengthened and empowered, that it’s something that can connect between me and others.”

One person using his LGBTQ+ identity as a bridge is 26-year-old Nimrod Cohen Bar-Eli, a member of IGY’s commune in the northern city of Afula. 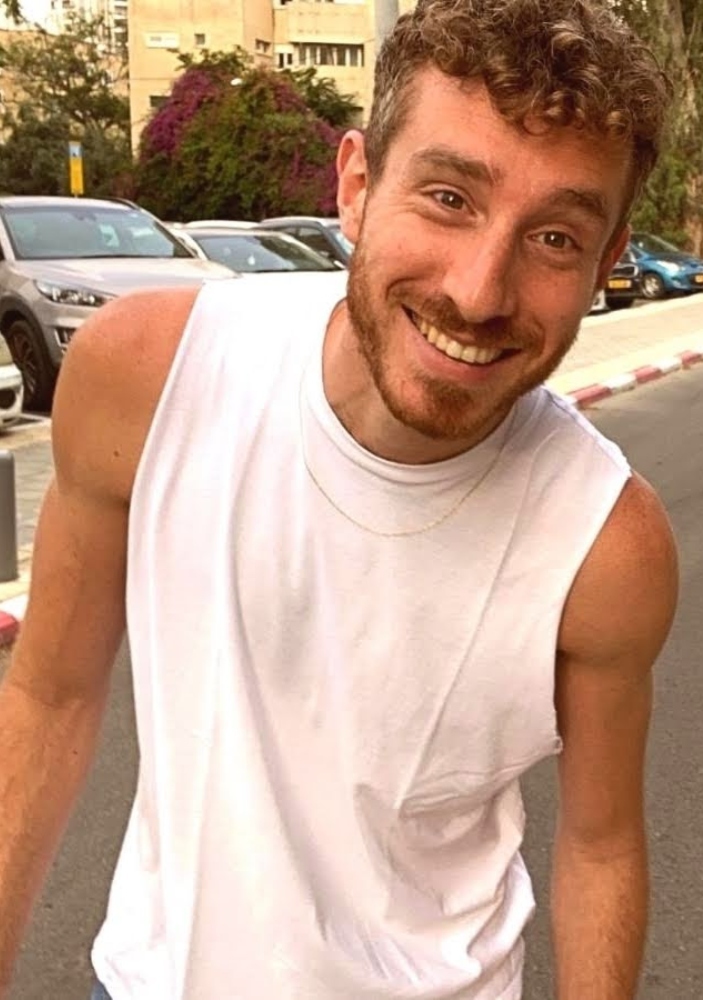 “I came out when I was 21, during my army service, and afterwards I decided that before I decide what I’m doing with my life I’m going to venture into social action and issues that are close to my heart,” he says.

After guiding one of its pre-army programs, Cohen Bar-Eli decided to join IGY’s urban kibbutz in Afula. He says that here, he feels he’s fulfilling his mission in the world.

“The mission is to create an alternative society that manages, through the alternative norms and codes that exist in it, to spread out to more and more spaces in Israeli society and to bring them codes of liberty, queerness, and striving for action that is non-hierarchical, that pulls apart at power relations. Trying to act out of the value of human equality and to break down the barriers that separate between people,” he says.

“We do all sorts of things. Some of us are teaching at schools in Afula, others give lessons in schools across the country. We’re also sustaining a local proud community in Afula. Together with our LGBTQ+ partners in Afula and the area, we’re creating activities, meetings and workshops.”

Their reception in the city, he notes, is somewhat mixed.

“A lot of people don’t know how to take in our presence. Some of us have a very queer and unusual appearance. When we walk down the street in Afula it’s clear that there’s something unusual, and sometimes people look, raise an eyebrow or say something, but sometimes they also compliment us and are very excited by our presence here. There are all kinds of responses on a personal level,” he says.

The commune holds great importance for its LGBTQ+ members.

“It allows them to imagine their future in the place where they grew up, next to their homes and families. It also gives them this sort of space that allows them to turn from shame to pride and creates a peer community and safe space in which to formulate their LGBTQ+ identity not through hiding but through potential and liberation. They also have the opportunity to find partners and ask very difficult questions that they don’t feel comfortable asking elsewhere,” he says.

“At the end of the day, our goal is to say that the whole of Israel is a space for LGBTQ+ families, youth and teens,” she says.

“And yet, we don’t see in the immediate future full equality for the proud community in Israeli society, so our goal is still first of all to act for LGBTQ+ youth and to deal with issues of societal equality at the same time. It all comes together for us.”

UNCOVER ISRAEL - Get the ISRAEL21c
Weekly Edition free by email
Sign Up Now!
Bring Israel's story to life.
Millions of people around the world rely on us to gain a deeper understanding of Israel. We are the trusted source for original content you won't find anywhere else.
You can make a difference. Donate today to support journalism that brings Israel’s story alive.
SUPPORT ISRAEL21c
Read more on:   Social Action, Culture, gay pride, LGBTQ, IGY