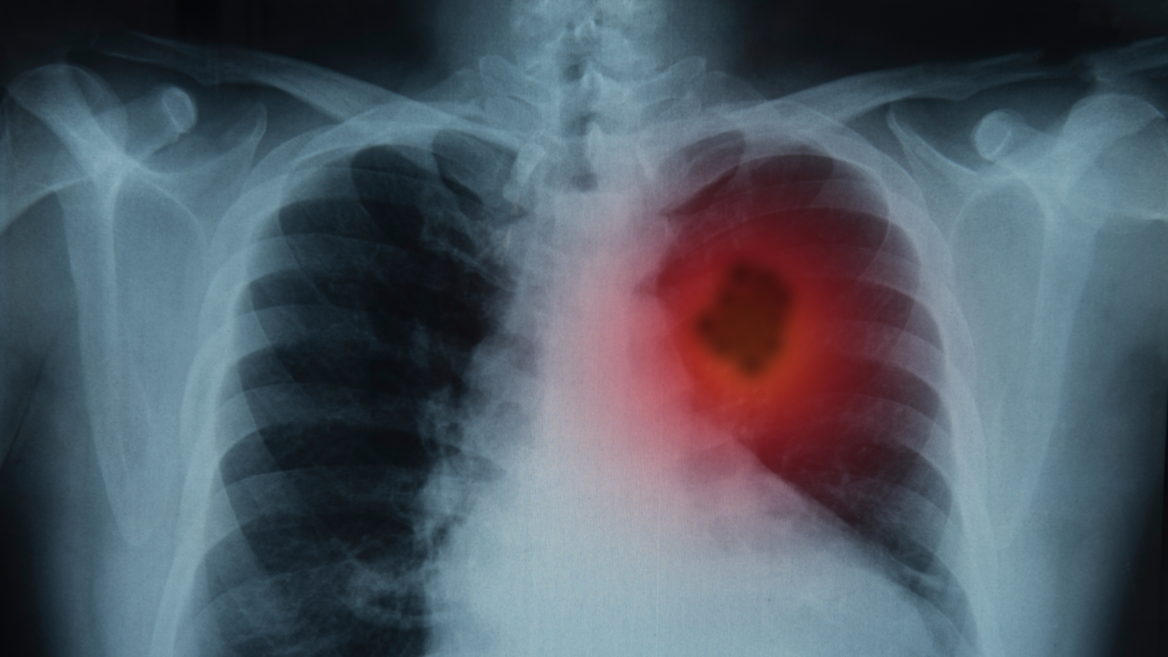 Lung cancer is hard to diagnose early. With few nerve endings in the lungs, most patients don’t notice something is wrong until a tumor has grown quite large. That makes lung cancer one of the deadliest diseases.

And yet, “the mortality rate of lung cancer patients remains the same today as it was 20 years ago,” says Dorian Averbuch, CEO of Body Vision Medical, an Israeli startup that has developed a new approach.

The main problem is that current technology still has difficulty finding small primary nodules that may turn out to be a cancerous tumor.

Averbuch says the problem can be likened to using GPS in your car.

Before bronchoscopy, a patient’s lungs are mapped using computational tomography (CT), much like Google maps streets using satellites. The CT-created 3D map shows the bronchoscopy technician where to “drive” the scope.

Failure to find the destination

However, this process doesn’t work well “because a lung is not a road. It’s a flexible, living and dynamic organ,” Averbuch explains.

Even the normal movement of breathing results in a jumbled map. And bronchoscopy itself can change the position of the airways because it applies pressure as it navigates.

So, when the bronchoscope is inserted into the lungs, it’s not certain to accurately locate the suspicious findings detected on the CT.

“You’re essentially driving to where you think the small primary nodule is, but it’s not there anymore,” Averbuch says.

This “CT to body divergence” can be up to 32 millimeters, which is far too great when looking for a 10-millimeter tumor.

The disastrous result: Studies show that physicians find the lesion in only 43% of cases, Averbuch notes.

“Body Vision turns this hardware problem into a data science problem,” Averbuch explains. “It’s not that some hardware is missing. We have enough sensors. They’re outputting a tremendous amount of information. So, we thought, let’s fuse them all together to make the invisible visible.”

Body Vision’s software-only approach uses artificial intelligence to mash up all the inputs – from the bronchoscope, CT and X-rays – and predicts with significant accuracy where the tumor ought to be in a living, breathing, moving lung.

It’s the equivalent of the GPS being able to find a specific house address, not just the general street. Once the tumor is found, the bronchoscope can take tissue for a biopsy.

The first version of Body Vision’s Lung Vision software raised accuracy to 65%. That was approved by the FDA in 2017. 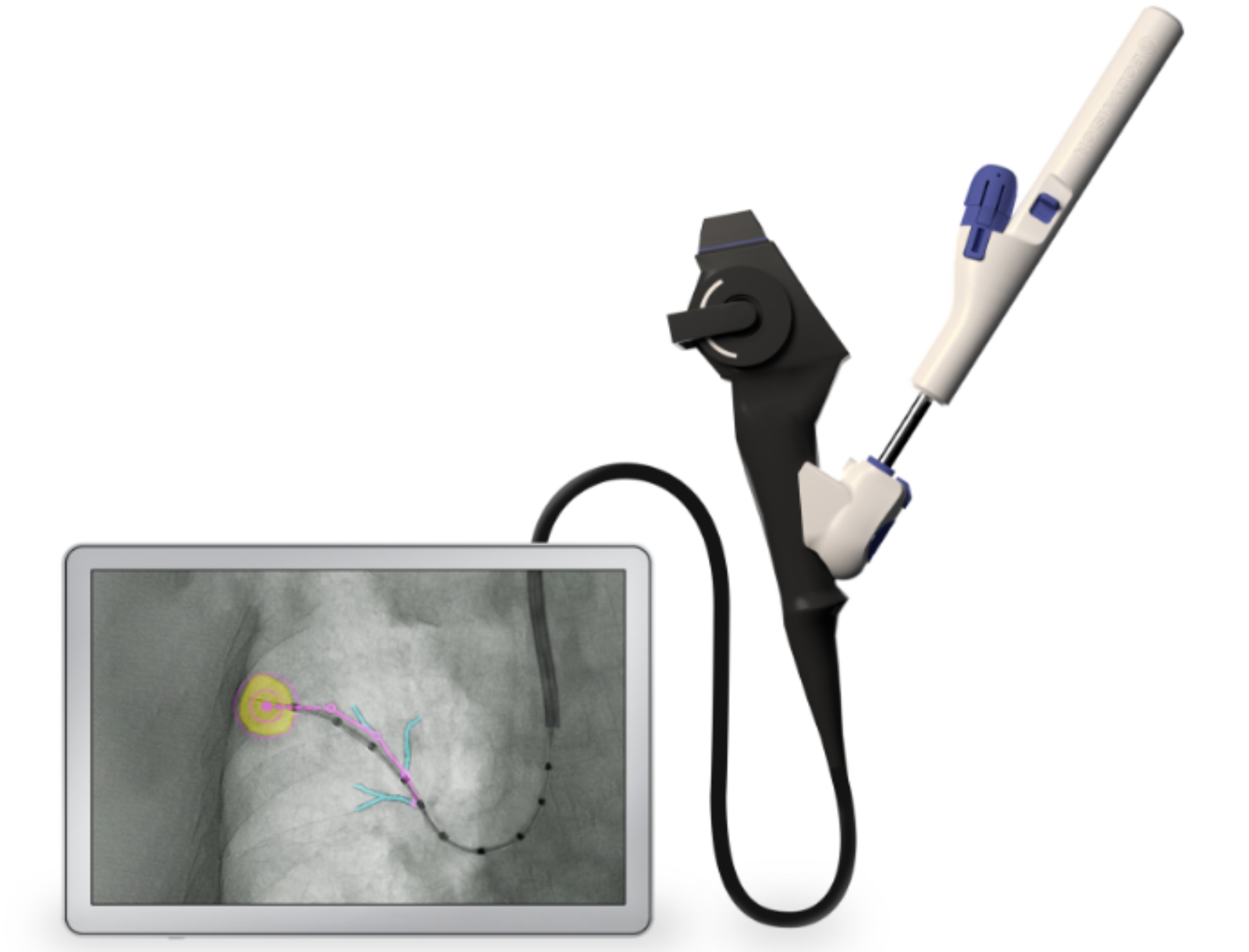 No need for CT

Another benefit is that LungVision enables physicians to dispense with the CT step entirely. All you need is an X-ray machine in the procedure room. And radiation from an X-ray is much less than from a CT machine, says Averbuch.

This X-ray is not the low-tech fluoroscopy you get at the dentist. The latest X-ray devices are mounted on an arm that can go all around the patient; the 2D X-rays from this “C-ARM” are turned into 3D images on an illuminated screen. Technicians can move the arm and take new pictures as often as they wish during a procedure.

In addition to its software, Body Vision adds a small disposable tool with patterns to the bronchoscope. The X-ray picks up the patterns, allowing the technician to track the bronchoscope in real time “with no need for additional cables between the tools and the system,” Averbuch explains.

Other than the disposable tool, Body Vision uses existing equipment already in the procedure room. That makes it significantly less expensive for hospitals, which should spur adoption.

Indeed, the tech is catching on. Since Body Vision received approval in 2017, it has played a part in over 500 clinical procedures in 16 lung cancer centers in Israel and in the United States.

From diamonds to lungs 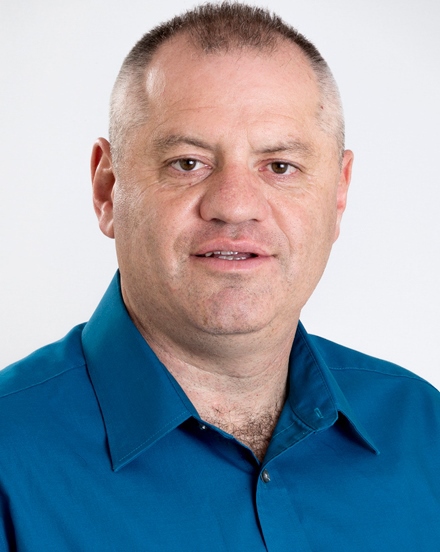 Averbuch, the son of a Zionist refusenik, moved to Israel from Moscow when he was 20 years old. He had studied at Moscow’s Machine Building Institute, but his real love was software.

In Israel, he enrolled at the Technion – Israel Institute of Technology. For his master’s degree project, he built a robotic system that used computer-vision software to control diamond-cutting machines.

But in 1996, when diamond-cutting plants moved from Ramat Gan to China, Averbuch needed a new career focus. He wound up at Elbit developing cockpit helmet technology using electromagnetic sensing.

He took that know-how to a company called SuperDimension, which developed an electromagnetic navigation system for bronchoscopy. In 2012, medical devices giant Covidien acquired SuperDimension for $350 million. (Medtronic bought Covidien three years later, in 2015.)

“When I was a kid, I wanted to be a doctor,” Averbuch recalls. “Once I was exposed to medical devices and working for doctors, that motivated me a lot more than diamonds!”

In 2008, Averbuch toured clinical sites that were using SuperDimension’s electromagnetic navigation system. “I wanted to personally see the results from this innovation. To my amazement and dismay, this incredible technology I had developed did not do what I wanted it to do! It did not diagnose small primary nodules. Physicians felt it was complex and cumbersome. It was a profoundly disappointing experience.”

Averbuch founded Body Vision in 2014 to correct that problem. The company completed a $20 million Series C round in September 2019. That followed previous rounds of $10 million and $8.5 million.

The company’s 30 employees are split between R&D offices in Ramat HaSharon and marketing and sales in Silicon Valley.

Although Covid-19 is not a primary use case for Body Vision’s technology, says Averbuch, “hospitals are still doing our procedures, even during the lockdown, diagnosing patients with lung cancer.”