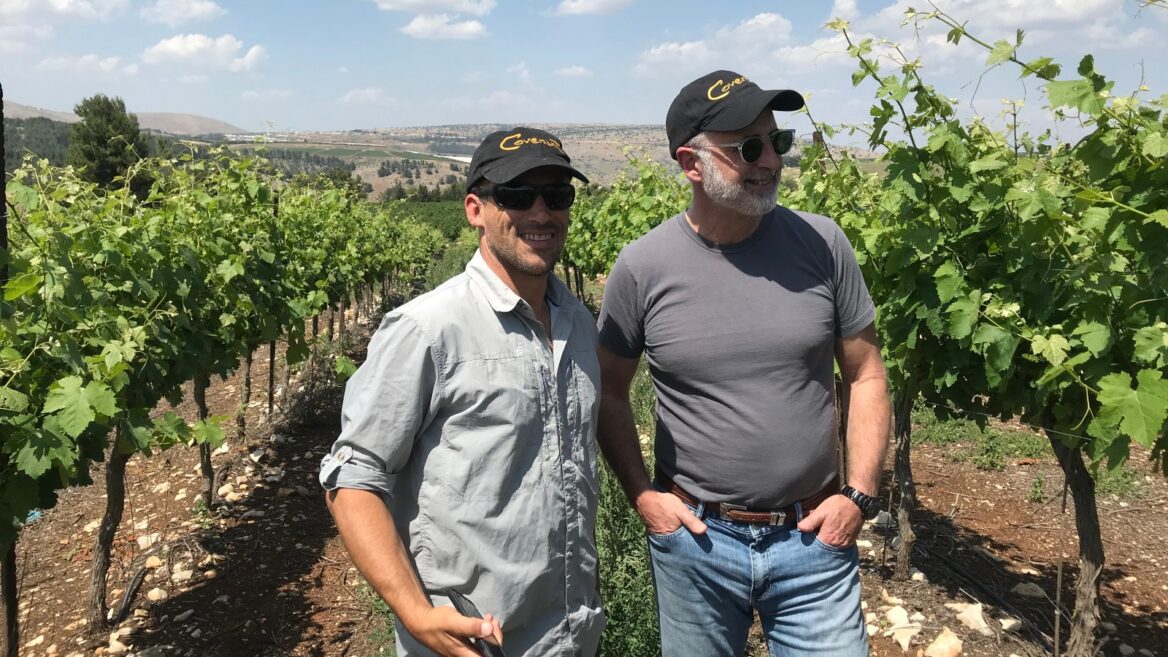 “I love being part of an ancient Jewish agricultural tradition that connects me to the land and the customs of my heritage.”

Vintner Jeff Morgan could be making great wines in Northern California’s renowned Napa Valley, Bordeaux, France or Rioja, Spain. But none of them is his ancestral home.

“It’s very grounding to make wine in the place where we come from originally,” says Morgan, whose successful American enterprise, Covenant Wines, led him to establish and maintain a presence in the Holy Land.

“If you look at my face, you’ll see the map of Israel, not the map of Napa Valley.”

These days, Morgan’s American winery produces 90,000 bottles, compared to the 20,000 he generates in his Israeli winery.

Citing the Hebrew, l’haklaut tinatzeach — “through agriculture we will be victorious” — Morgan believes Israeli quality will eventually rival Napa Valley and Bordeaux.

“It may take another generation to two,” says Morgan, who knows of no other Israeli winery with an American branch and no American establishment with an Israeli counterpart. “But Israeli winemakers will emerge at the top of the pyramid.” It all started on a dare.

Morgan fell in love with wine in his 20s while playing saxophone as the band leader at Monaco’s Casino de Monte-Carlo. In his 30s, he began writing about the wine industry. Fast forward to 2003, when an established Napa Valley vintner, Leslie Rudd (who passed in 2018), challenged Morgan to make a fine kosher wine.

As a former reviewer for the industry magazine Wine Spectator, Morgan had already tasted much of the world’s greatest wines.

He knew little about the laws of kashrut but his foray into kosher winemaking created the lush Covenant, a full-bodied Cabernet Sauvignon. Certified under the Orthodox Union (OU), it is not mevushal. This cooking step adds flexibility regarding who can handle wine during bottling and “unbottling” but is not a strict requirement for overall kashrut. Eliminating this flash-pasteurization common to many kosher wines helped preserve the Cab’s complexity.

The experiment not only led Rudd to join Morgan as a business partner. It also prompted leading wine critic Robert Parker to crown the red-fruited elixir “the greatest kosher wine on Planet Earth.”

‘People said I was crazy’

“There were, and still are, a lot of Jewish winemakers in Napa Valley,” Morgan. “None at the time were making a wine of recognized top-notch quality—and priced as such—with a distinctly Jewish identity. We were the first kosher winery to come out with a hundred dollar price point. People said I was crazy.”

Currently priced at about $140, Covenant consistently ranks among the world’s leading wines. In 2013, The New York Times named it No. 4 on its top 10 list of Napa Valley Cabernets.

Back in the day, Morgan’s thinking was, “If the great non-kosher Napa Valley Cabernets are priced at one hundred dollars-plus, and we make a wine of comparable quality, why should we not be priced similarly?”

And a signature tome, Covenant Cookbook, Food and Wine for the New Jewish Table (Schocken Books/OU Press) features pairings for more than 100 recipes.

In addition to serving as Morgan’s co-author, Jodie, his wife of 33 years, oversees all business management and financials.

Daughter Zoë, who lives in Tel Aviv with her husband, Guy, joined the company in 2016 as director of hospitality, sales and marketing for Covenant Israel. Now general manager, she also coordinates wine production and the logistics of shipments inside Israel and abroad. 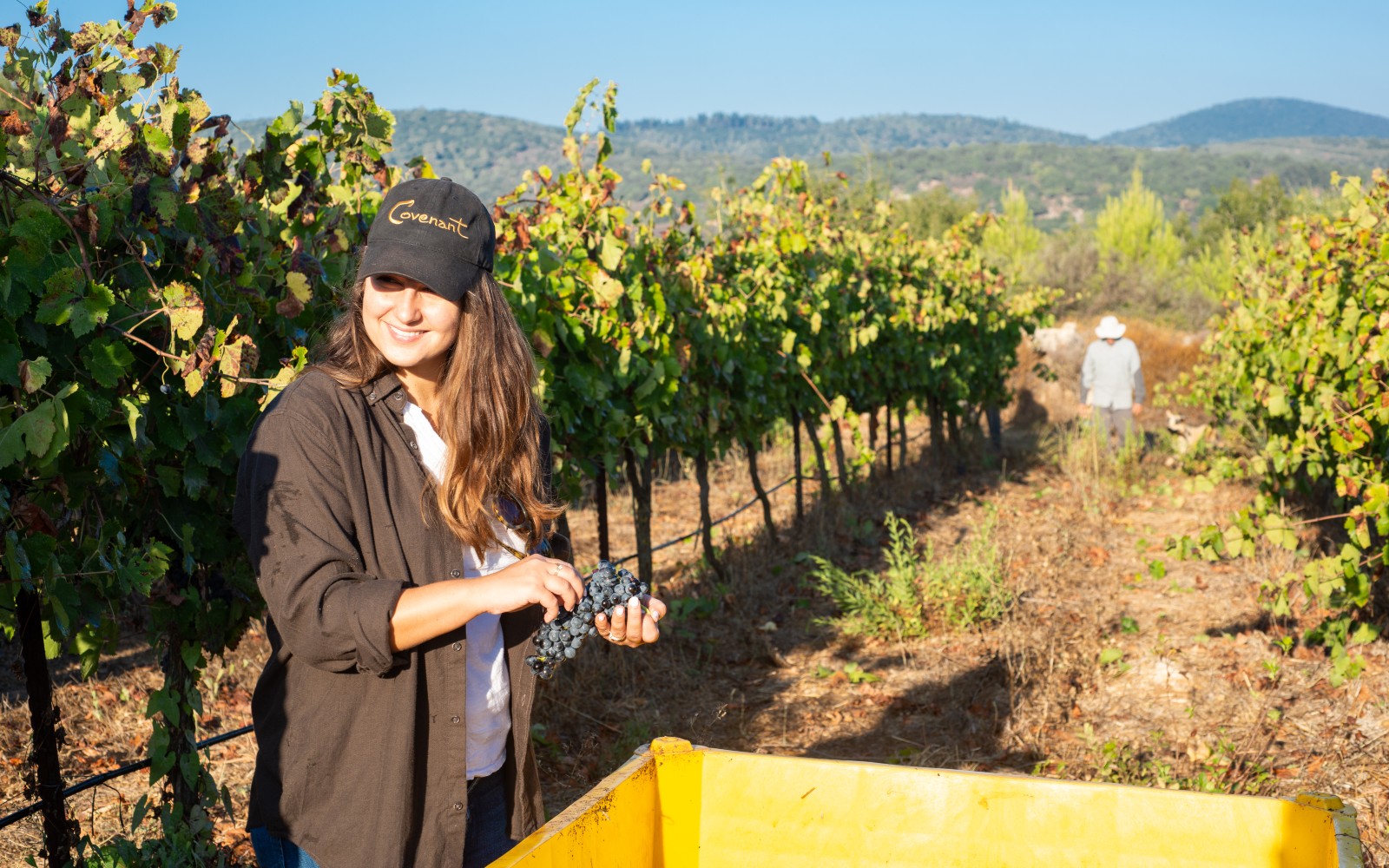 Zoë Morgan in the vineyards. Photo courtesy of Covenant Wines

“I love being part of an ancient Jewish agricultural tradition that connects me to the land and the customs of my heritage,” Morgan says. “Jews who don’t have a direct connection to Israel of some sort are missing out on this very visceral and rewarding feeling.”

Since launching their flagship label, Morgan, now 67, has further explored his Jewish roots, culminating with a bar mitzvah at age 63.

While making his first kosher wine, Morgan, who self-identified then as “completely secular, non-observant,” worked in the cellar alongside Sabbath observers. “I realized I’d missed out on a Jewish education,” Morgan says.

So he learned Hebrew, read the Bible for the first time and started to explore a more traditional Jewish lifestyle.

“By 2011, I was ready to visit Israel, simply to make contact with my roots,” Morgan says. “But during the trip, I discovered long-lost family members as well as a very exciting, burgeoning Israeli wine industry. I wanted to be part of it.”

Within two years, Morgan did just that. Currently, Covenant rents winemaking works at a Galilee facility. Besides rosé grapes grown near Zichron Ya’akov, Morgan sources fruit from other select locations, including the Upper Galilee and Golan Heights. 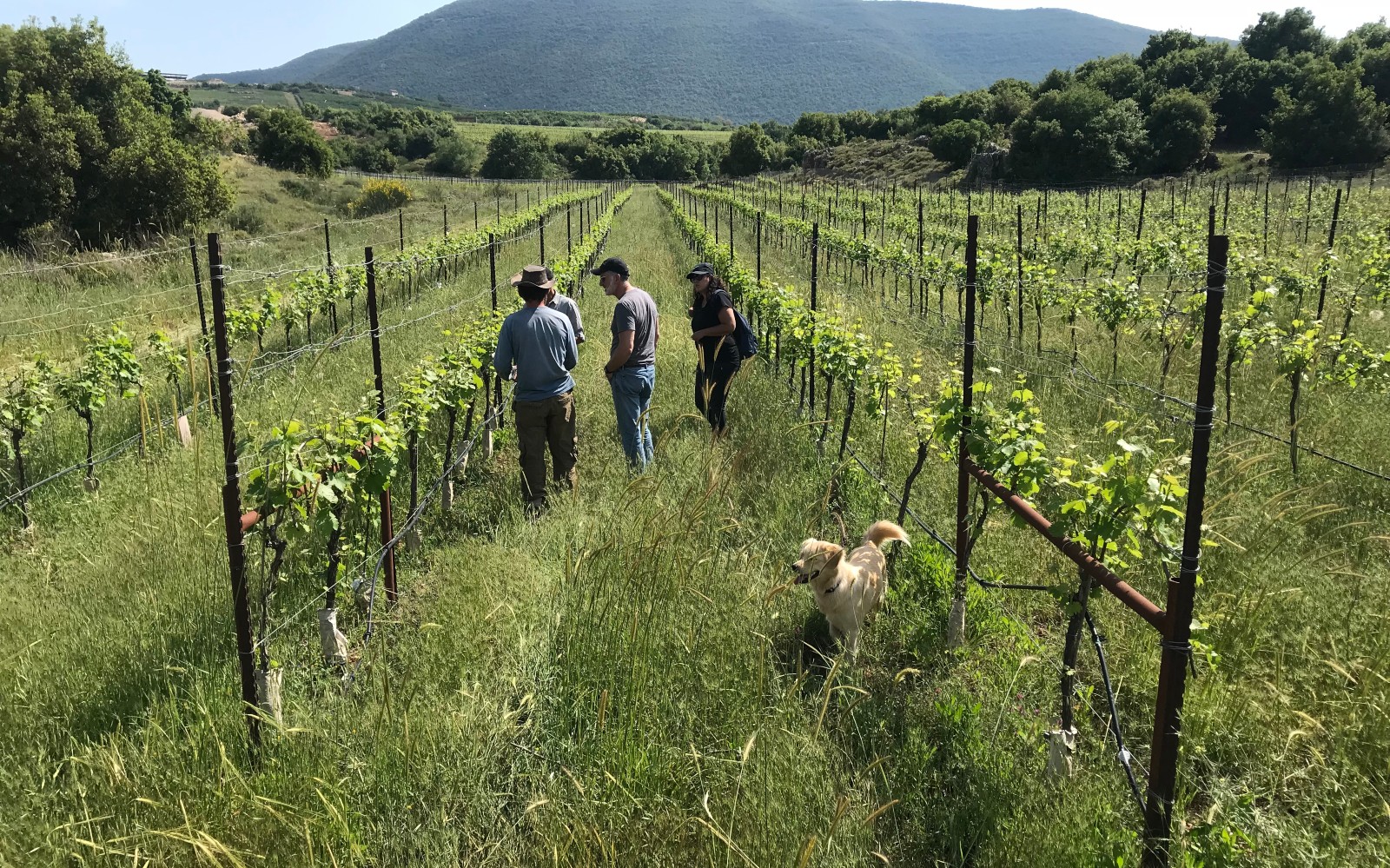 Covenant staff in the Tzivon Vineyard in Israel. Photo courtesy of Covenant Wines

“Every wine I have made in Israel has been outstanding in some way. And it’s not because I’m such a great winemaker,” Morgan says. “Israeli soils and climate are quite well-suited to fine wine production. It’s no wonder the wines from ancient Judea were highly prized by the Greeks and Romans. We rocked back then. And we’re rocking now.”

It is admittedly easier to source winemaking gear — French oak barrels, packaging materials and lab equipment — in California because the industry is much bigger. Still, Morgan, who has shipped empty barrels nearly halfway around the world when necessary, finds Israel a good match for viticulture.

Because California and Israel are quite similar in terms of climate and topography, Morgan says he has not had to “make any real changes” in winemaking protocols. 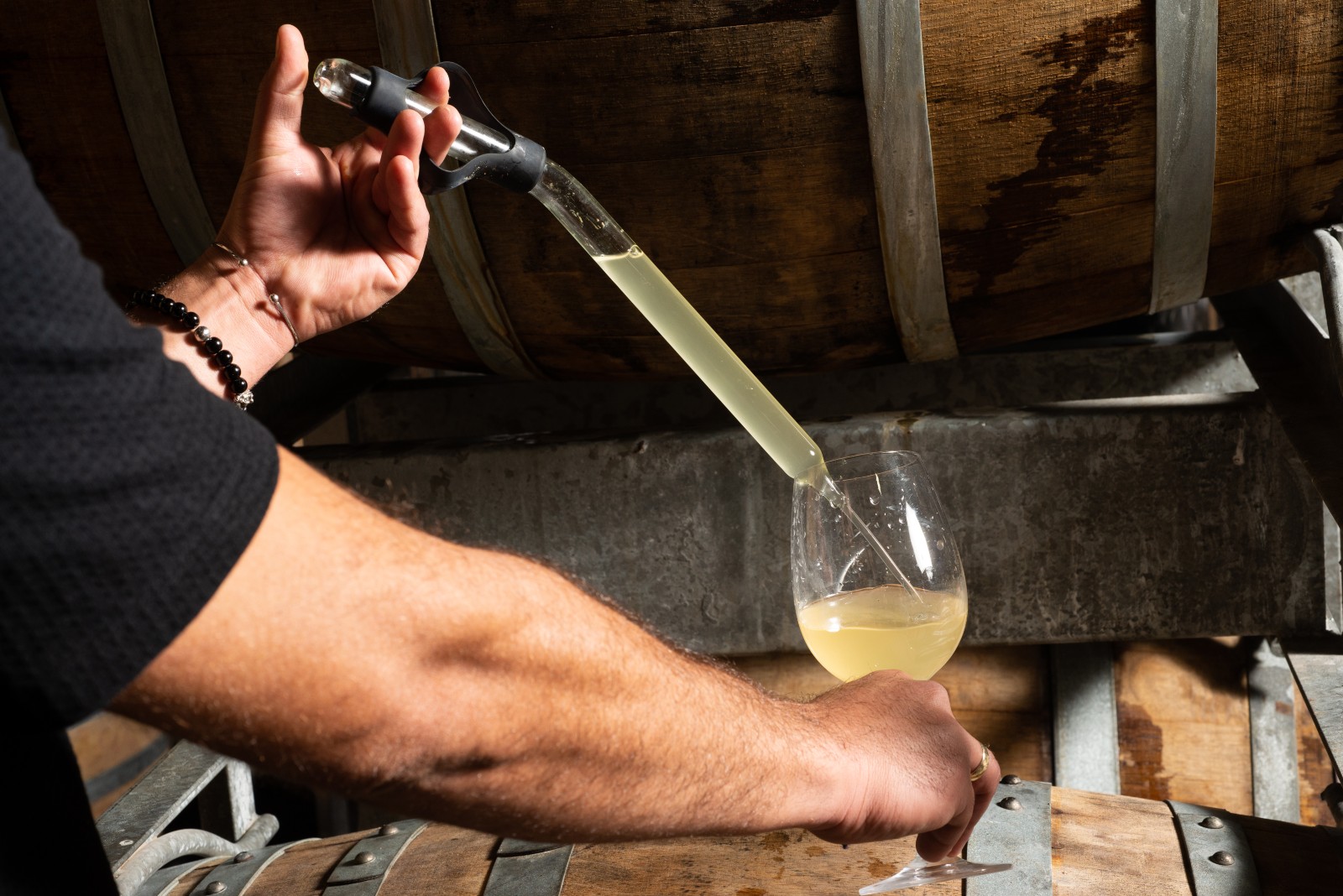 Although he frequently commuted since establishing Covenant Israel in 2013, Morgan was among the many who could not easily enter the country after the pandemic began. That has led the couple to apply for citizenship.

“It’s the only way to assure that we can enter Israel even during a crisis,” says Morgan. “Logistically, this last year has been a nightmare. Winemaking by Zoom is not recommended.”

Looking ahead, the Morgans plan to jet from the Pacific to the Mediterranean and back because both wineries need their physical presence.

“If Covenant Israel grows as I would like it to, then I see the pendulum swinging more toward Israel,” Morgan says. “When? Right now, as we wade through what I refer to as the Covid balagan, it’s hard to say. We’ll have a better idea as the world recovers over the next year.”