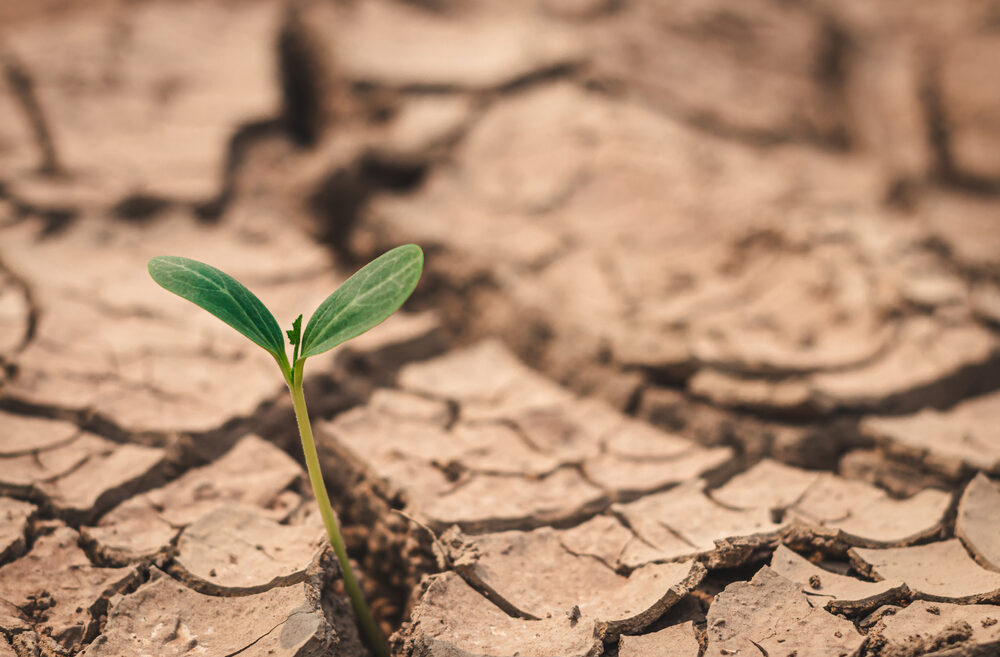 Over half of the Fortune 500s today were established during economic downturns. Photo via Shutterstock

Not everything is doom and gloom in the global economic outlook. E-commerce, digital health and video conferencing are performing well out of necessity in the Covid-19 economy. And we have yet to see what will happen in the next two quarters.

Tough times create opportunities, with over half the Fortune 500s today established during economic downturns. Though what we are going through is unprecedented, there are glimmers of hope regarding the next crop of startups once we get acclimated to our new reality.

In the short term, things will be rough for Israeli startups and many will fold. A recent Israel Innovation Authority and Israel Advanced Technology Industries report indicates that “40% of high-tech companies reported that investors froze their funding” and “over 50% of companies have reported that without additional funds, their operations will be discontinued within six months.”

Hard times build character and strong entrepreneurs. We will get through this period, and there will be a day after.

Let’s look at factors becoming evident in the United States that could impact the Israeli ecosystem in the coming months.

Many larger and more established venture funds are sitting on money they need to invest. During this time there may be real opportunities as the market has shifted from an entrepreneur’s market to a VC’s market.

Venture capitalists invest in order to produce significant returns, and even during an economic downturn that money needs to work. Different VCs have varying strategies depending on the state of their portfolio companies during this period, and many are not eager to deploy additional capital, but some are bullish on the idea that great companies are built in economic downturns.

“We invested in one startup during Covid and would have happily done another had the right opportunity come up,” says Ibex Ventures Vice President Nicole Priel. “If the pace of innovation isn’t slowing, why should we? Out of all years in recent memory, 2020 is poised to be one of the best vintage years for venture capital. We have never been busier evaluating new startups. Covid didn’t deter us from investing; it only made us accelerate our investment pace.”

Priel adds that “startups should be operating on offense now. This is the time to act aggressively to capture share, explore M&A, hire key talent, deploy dollars into performance marketing and accelerate their product roadmaps.”

“If unemployed tech workers are having a hard time finding job placement, they will naturally fill their time by starting companies.”

There have been signs of an uptake in interest regarding accelerators in the US and Israel. For the first time in many years, we are seeing well compensated and accomplished professionals in tech who have been laid off and are thinking about building new startups.

“The last couple of months have been challenging for many startups,” says Raz Bachar, head of Microsoft for Startups in Israel.

“While a few startups had solutions that supported the Covid efforts and were able to maintain and even accelerate their momentum, for many others that was not the case. It doesn’t matter in which industry or stage – everyone felt the impact one way or another. In Microsoft for Startups, we’ve seen a continuous flow of applications together with many optimization requests and support for GTM [go to market] initiatives coming from startups.”

The US and Israeli tech ecosystems are intertwined. According to Eyal Bino, cofounder and partner at ICONYC Labs, an accelerator in New York for Israeli startups, “We’re definitely seeing a growing demand of startups looking to join forces with ICONYC on their US expansion, and a steady stream of founders exploring the idea of teaming up with us on building their company in NYC since the outbreak of Covid-19. Funding options are starting to dry out locally, and founders are looking to expand the funnel of investors and VCs they can partner with.”

There is a lot of talent and time

Major companies such as Airbnb, Uber and Lyft have been laying off so many people in the United States that whole online databases have been created to help the unemployed.

Israeli tech was not dealt such a bad hand as the industry has had to deal for the most part with salary cuts. Layoffs have indeed occurred in the Israeli tech ecosystem, though they have seemed to be delayed.

Yet the sobering reality is that the Israeli GDP went down by 7% during the last quarter and many people are still unemployed outside of the tech industry.

Nonetheless, this has created a global situation in which there is an abundance of talented professionals, including developers and programmers, available to help build startups.

It’s also worth noting trends that happen in the US eventually impact Israel. While Israeli tech has been spared the fate of massive layoffs for now, it’s becoming a real possibility in the near future.

A Kroll Consulting survey of Israeli tech workers indicates that “28% of employees noted there were already layoffs in the company and 60% are expecting additional layoffs in the next months due to the coronavirus crisis.”

Israel has traditionally been the lab where a multinational’s R&D takes place; further restructuring at organizations across the globe could lead to those budgets being cut.

“Israel is appreciated in tech mainly for innovation and R&D. Trends that happen in the West right now may affect Israel with latency,” says Assaf Luxembourg, a startup advisor and promoter of Israel overseas.

“Therefore, a quick recovery in the months to come in the West could allow the Israeli tech industry to avoid major cutbacks and layoffs, and weather the storm, just like a situation in which a corporation which faced a crisis and recovered quickly will mean its lab was never affected in a real way.”

If anything, COVID-19 has put people’s priorities into focus. For many young tech workers, particularly those who entered the workforce after the 2008 recession, this is the first time they’re dealing with this kind of cycle. That shock, along with how millennials and Zoomers (Gen Z) are driven by impact, could lead them to dive into the deep end of building a startup.

Professionals migrating from major cities was already a trend in overpriced areas like the Bay Area and New York. Covid-19 as the “great accelerator” is only driving this trend further, making remote work the norm.

In the coming months, we could see a real reshaping of where professionals live with a migration from high-rent city centers to rural areas where one’s physical location becomes irrelevant. That doesn’t necessarily mean more tech workers will move to the Galilee or Negev, but remote teams for new startups will be the only option. Many tech professionals were already working freelance or remote, but Covid-19 made this the most realistic work scenario.

Furthermore, Israeli startups could look to open US offices in areas outside of New York and the Bay Area.

“The fact that working from home has become such a standard since the outbreak of the pandemic is creating new opportunities for startup employees who were laid off,” says Bino.

“Mark Zuckerberg just announced that half of Facebook’s employees could be working remotely in five to 10 years, while Jack Dorsey is giving Twitter and Square employees the option to work from home indefinitely. The idea of distributed teams has long been an industry standard, which opens opportunities for software engineers and developers to work for a global company out of anywhere in the world.”

Whole industries are being upended and re-imagined

As we’ve seen in the Israeli ecosystem, Covid-19 was a problem for which Israeli entrepreneurs found practical solutions. However, as consumer habits are changing in verticals like e-commerce, different problems will arise.

We do not know what the “new normal” will look like. Dynamic companies will be able to build genre-creating products that we do not think we need just yet. Even something like social will be re-imagined.

Bachar of Microsoft for Startups believes that “anything around healthcare, research and working remotely has the potential to get additional attention and funding for the upcoming years. In addition to that, I believe there will be a large portion of investment around ‘Covid-free’ supply chain capabilities. Solutions that can ensure the highest level of hygiene are being kept along the supply chain – from delivering food to manufacturing.”

Some Israeli startups have prospered during this time.

Mayer Reich, CEO and founder of MyKaren, a tech-enabled health insurance company focused on modern solutions for uninsured Americans, states: “I see post-Covid startups that will succeed fall into several categories. Healthcare — digital health, bio, pharma, devices — will all have their day. Digital education, cybersecurity, remote work solutions and eCommerce-related services will all thrive in a post-lockdown world.”

Reich adds that “these companies will have the greatest opportunity to raise capital and will be started by laid-off tech workers. The longer the downturn, the more startups we will see. If unemployed tech workers are having a hard time finding job placement, they will naturally fill their time by starting companies. Great companies will emerge and help build a post Covid world.”

It’s not all upside

The global economy is still in tatters and it is an uphill battle to build anything, regardless of the economy. This could be the period of the camel rather than the unicorn, writes Alex Lazarow. He defines camels as startups that adapted to and survived harsh business climates with less capital and ecosystem support.

The business model obsessed with growth and raising venture money could very well transform from a sprint to a marathon.

Instead of simply trying to grab as much market share as possible, success could mean long-term survival. In a harsh Middle Eastern environment like Israel, the camel tends to thrive.

Companies that survive in this new environment could go on to have a run like some of the big tech companies built during the last downturn that are only now losing their foothold. If you’re in early-stage tech, however, you must look for the upside when solving problems, knowing full well the odds of success are stacked against you.