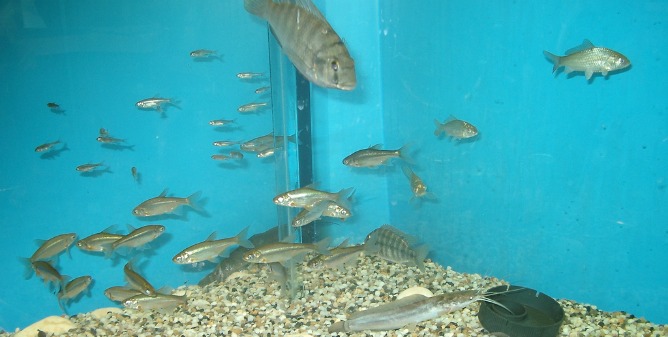 A school of Yarkon bleak.

When Israeli scientist Menachem Goren stepped in, there were only 150 Yarkon bleak fish (Acanthobrama Telavivensis) left alive in Israel. The small, silver fish, once indigenous to Israel’s streams and rivers, had gradually been killed off by a lethal combination of factory runoffs, pollution and drought. It looked like the end of the line for this fish species.

Now, thanks to Goren, of Tel Aviv University’s Department of Zoology, Yarkon bleak fish numbers have not only risen, but the fish has also been successfully reintroduced into nature – once of the first species ever to find itself off the ‘extinct in the wild’ list.

“The Yarkon bleak used to be found in most of Israel’s coastal river system, but by the latter half of the 20th century the fish had disappeared from every waterway except the Yarkon River and Tut Stream,” Goren explains, adding that pumping for irrigation purposes had turned many rivers into mere trickles.

Then came a period of extended drought, which culminated in 1999.

“By then, only three small isolated populations survived and the species was on the brink of extinction,” he tells ISRAEL21c.

“That was when I approached the authorities and suggested hosting several thousand fish in my laboratory for a year or two, until the natural conditions improve and we could return them to the wild. There wasn’t time for a feasibility study. We quickly gathered the initial funds to build a facility to keep them in [Tel Aviv University’s] ichthyological laboratory.”

By that time, little was left of their natural habitat, and Goren’s team managed to gather about 150 poorly fish from the Yarkon and Tut before they completely dried out. The 120 fish that survived were carefully bred, and five years later over 14,000 fish were swimming in the university’s tanks.

“We were working at above maximum capacity, with little prior knowledge of the fishes’ biology,” he recalls. “It was a trial-and-error process, with the maintenance and research performed mainly by volunteer students, because there was no money left to fund the project.”

Meanwhile, the government had acted to ensure a permanent discharge of fresh water into the upper part of the Yarkon River.

“A constant flow of fresh water is paramount for maintaining the river’s environment,” Goren points out. 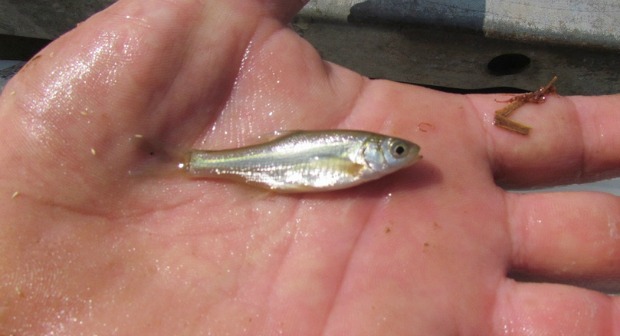 The issue of the Yarkon’s contamination had been brought to light by the catastrophic collapse of a temporary pedestrian footbridge over the river during the Opening Ceremony for the 1997 Maccabiah Games, in which three of the four fatalities resulted from exposure to the polluted water. This caused a thorough rethinking of the river’s maintenance.

If at first you don’t succeed …

In the winter of 2002-3, some 5,000 adult fish were reintroduced to the river, accompanied by a public relations fanfare and educational activities for schoolchildren. Yet ultimately, the attempt was a failure. The fish survived, but did not reproduce.

“I was anything but despondent,” Goren assures. “We assumed this was because of a dearth of suitable spawning areas and shelter for the juvenile fish. This was where the engineering solution came in.”

With the help of Tel Aviv University, the Yarkon River Authority, the Nature and Parks Authority and the Environmental Protection Ministry, a roughly 400-square-meter experimental pond was built alongside the river for the fish, lined with gravel and freshwater plants. Within a few months, thousands of juveniles were observed.

This success spawned an engineering project: A dozen sites were prepared with the species’ essential habitat, mainly in natural basins where the fish had existed until the 1950s.

By 2004 the Yarkon bleak was considered “critically endangered” and in 2006 was officially classified as extinct in the wild.

During the winter of 2006-7, Goren’s team reintroduced some 9,000 laboratory-born bleak into the Yarkon and other rivers in central and northern Israel. Subsequent surveys showed increasing numbers of the fish, including juveniles, at most of the release sites. Three or four generations later, the population has increased significantly.

There’s nothing particularly remarkable about the Yarkon bleak, a silver species of ray-finned fish that grows to a modest length of 12 to 20 centimeters – except that it exists only in Israel.

“To the best of my knowledge, this is the first time an extinct-in-the-wild fish species has been successfully reintroduced,” he says.

“I have learned two major lessons from this project: There are no shortcuts in saving endangered species: it’s a long, expensive process that needs plenty of goodwill from the authorities; and that the effort should be simultaneously made on several channels –establishing an efficient breeding apparatus and maintenance protocols, researching the species’ biology, rehabilitating their habitats, experimental reintroduction into the wild, continuous monitoring of both the population and its habitat, and raising the public and decision-makers’ awareness to the specific issue.

“We have proved that an imperiled fish species can be saved,” says Goren. “There are many practical lessons to be learned from our experience, but most of all that we humans can save rare species from extinction. Biodiversity is crucial for the planet’s survival.”

UNCOVER ISRAEL - Get the ISRAEL21c
Weekly Edition free by email
Sign Up Now!
Bring Israel's story to life.
Millions of people around the world rely on us to gain a deeper understanding of Israel. We are the trusted source for original content you won't find anywhere else.
You can make a difference. Donate today to support journalism that brings Israel’s story alive.
SUPPORT ISRAEL21c
Read more on:   Eco-Living, Environment, Yarkon River