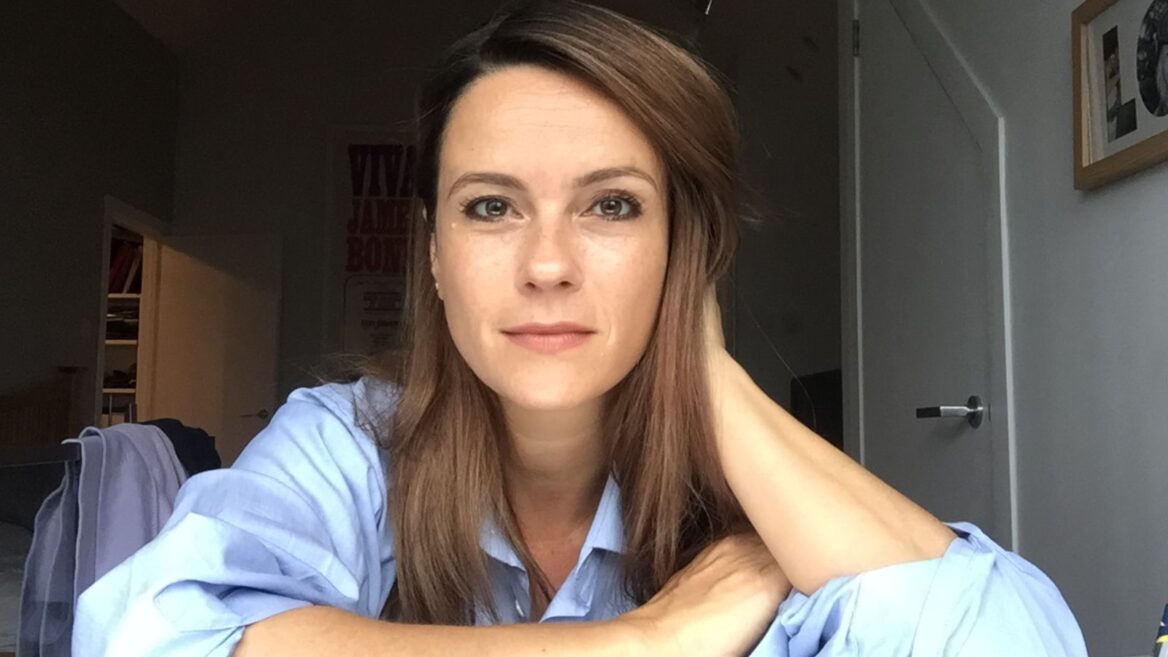 Tova Leigh is all about keeping it real, coronavirus crisis or not. Photo: courtesy

Her hit video, “Quarantine (The Soundtrack)” captured the very essence of home isolation, resonating with the over 1 million people who watched it on YouTube. ISRAEL21c caught up with the Israeli-born mom-of-three who’s living in London to hear all about her online success, being true to herself and finding inspiration on TikTok.

Leigh’s career as a successful content creator started in 2015, when she began blogging about her experiences as a young mom. She previously worked in Israel as a lawyer and then moved to London to study drama and become an actress.

She met her husband, Mike, had three daughters, and decided to put acting aside because of the difficult lifestyle involved and instead turned to office work.

Frustrated by the seemingly perfect moms all around her, she began blogging about her experiences.

“At the beginning, motherhood didn’t come natural to me and I felt very overwhelmed,” she says. “I think that when I started my blogs, out of sheer desperation of just wanting to say it all, how I was feeling,” she tells ISRAEL21c.

“And then I started writing these weekly articles that just started to get shared.”

Fast forward a few years and Leigh carried on to create an online series called “Mom Life Crisis,” a podcast, a one-woman comedy show and, most recently, a book called “F*cked at 40: Life Beyond Suburbia, Monogamy & Stretch Marks.”

“I turned 40 a few years ago and I had a kind of midlife crisis,” she explains. “I had a bit of a health scare. Everything ended up being okay but I think it was a wake-up call to sort of go, ‘Oh my God, I’m not going to be here forever and there’s so many things I’ve put on hold, so many parts of me that I’ve lost touch with.’

“I sort of went off and did a whole bunch of things, a bucket list,” she notes, listing bungee jumping, pole dancing and trekking the Everest Base Camp.

“When I finished all that, that’s when I felt, ‘Alright, I’m ready to write a book now because I actually have a story to tell.’”

That was back in March 2020, as the coronavirus crisis began making itself apparent around the world. Stuck at home, Leigh and Israeli vlogger Shirley Tamir joined TikTok, the video-sharing social media network where people upload fun, short videos. Soon enough, they decided to create a full-length one.

“That’s how the video came about and we developed it into finding the songs, and developing the narrative,” Leigh explains.

“She shot her bits in Israel and I shot my bits in London,” she adds. “It just shows how global everything was, what you were going through, what everyone was going through, and it doesn’t matter where you live in the world.

Throughout her work, Leigh tries to keep it real – whether discussing women’s rights, body hair or the sheer exhaustion that comes with having a family.

“I think the big, big, big picture is just trying to do good in the world, which I know sounds naive and the type of answer you’d give at a beauty pageant,” she says.

“At the same time, and I think this is a major message in the book, is about being yourself, and being authentic,” she notes. “For me, I felt like the day I was able to say ‘This is the type of mom I am or the type of person I am’ – it was just a relief, because I think we’re constantly striving to be what we think we should be.

“That causes a lot of stress to people and it messes up with your mental health,” she adds.

The best piece of advice she’s been given, she says (by no other than her daughter), is simply to be herself. “That’s what I try to promote on my channels, not always successfully, but I try.”

Who’s hitting the pubs today?! I’m a combination of all four, how about you?! #funny #UK #lockdown *On a serious note: If you are going out this weekend, please stay safe and follow social distancing guidelines so that we don’t lose these new freedoms before we even get a chance to enjoy them ???? Oh and follow me on Tik Tok ???? https://vm.tiktok.com/JRpwD2y/

The response to her work, she says, has been overwhelming.

“I think a lot of us have many things about ourselves or our lives that we’re ashamed of,” she says. “It’s such as relief for everyone to see that you’re not alone.”

This also holds true for dealing with the coronavirus crisis and the lockdown that ensued. Not that Leigh sees herself as an authority on how to survive home quarantine.

“Oh my God, I mean. I’ve been surviving by eating chocolate, so I don’t know if I’ll give that as a tip,” she says. “I personally just tried keeping busy.”

“Some people I hear are working out, so good for them.”