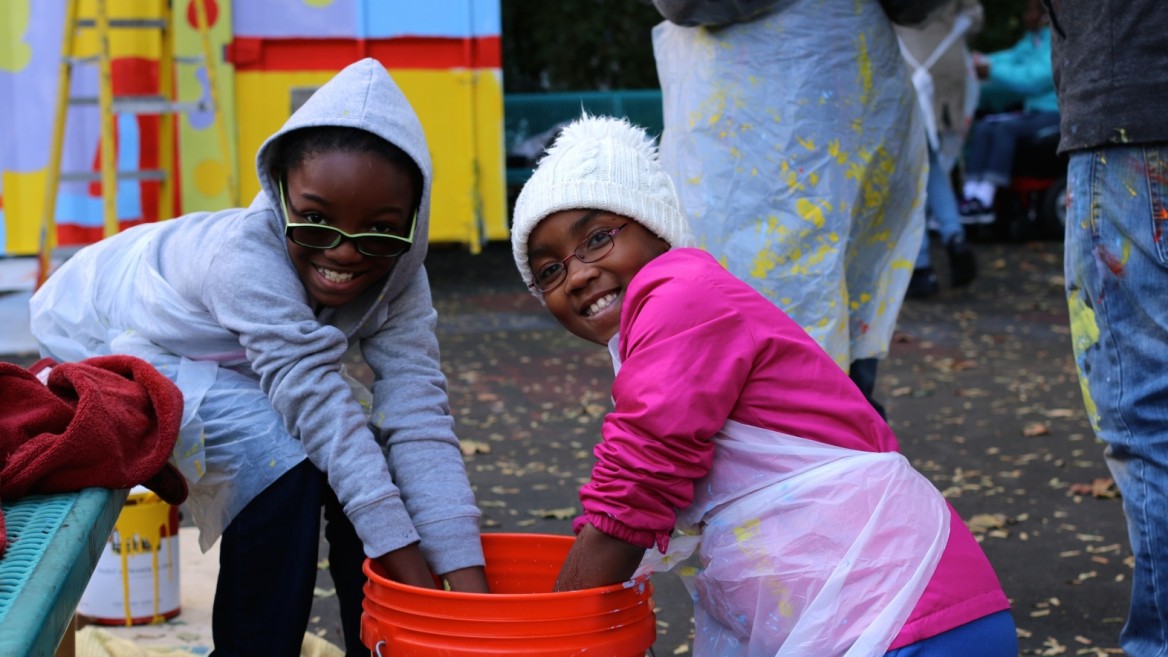 Photo of Seed Street participants in Harlem by Nick Smith.

Plenty of rain falls in Harlem, the northern Manhattan neighborhood synonymous with New York City’s African-American culture. Yet agriculturally, Harlem is a desert.

A young woman with roots in Israel – a real desert with thriving agriculture – started an urban hydroponic farm in Harlem supplying organic locally grown produce served up alongside a helping of youth empowerment.

“I saw how in the US there so much abundance but people are starved of a connection to the land and to their souls,” she tells ISRAEL21c. “The whole way of life is so artificial and manufactured. I think it all starts with what you put in your mouth.” 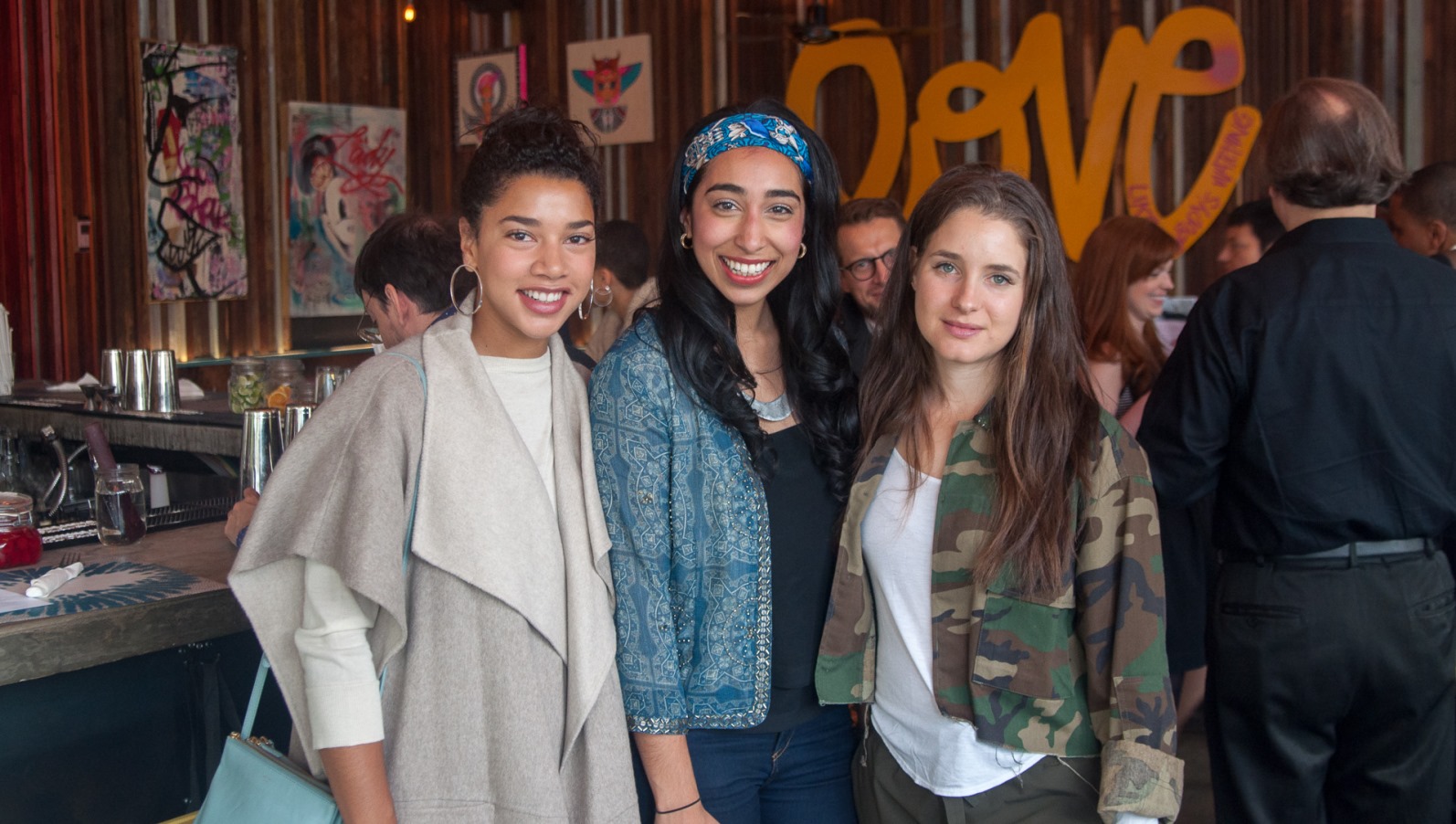 Ofer and her business partner, Manhattan-bred DJ, model and fitness guru Hannah Bronfman, bootstrapped Seed Street in July last year. Both unusually accomplished at age 26, they were joined by another 26-year-old social visionary, Anisha Atluri, in getting a pilot farm set up at the Children’s Aid Society in Harlem.

“We decided to use it as a Petri dish to test how to help communities in crisis,” Ofer says.

Together they devised Grow, Move and Create, a three-afternoon-a-week STEAM (science, technology, engineering, arts and math) program that introduced a group of 8- to 10-year-old girls to hydroponic farming, yoga and meditation, and creative expression.

“You have to work with what people have,” Ofer says of the economically and socially challenged target population. “When people are fighting for survival, you can’t push organic microgreens in their faces or superimpose ideals that are not their own. We created a solution that they can integrate into their daily lives, makes sense to them, and offers sanctuary and a point of connection in their existing environment.”

The concept for leveraging underutilized urban spaces for farming and reusing a shipping product struck her as “a very regenerative way of incorporating my family’s background and bringing that into a new age of interconnectedness.”

Ofer credits Atluri with putting the lofty idea into practice. An associate at a private equity firm by day and an urban farmer by night, Atluri met Ofer after eight months of developing ag-tech investments in Haiti.

“My passion is to apply the best of the finance world to make a social impact through venture-oriented projects,” she tells ISRAEL21c. “There is a need to make farming in urban environments economically relevant, viable and cool to urban youth.” 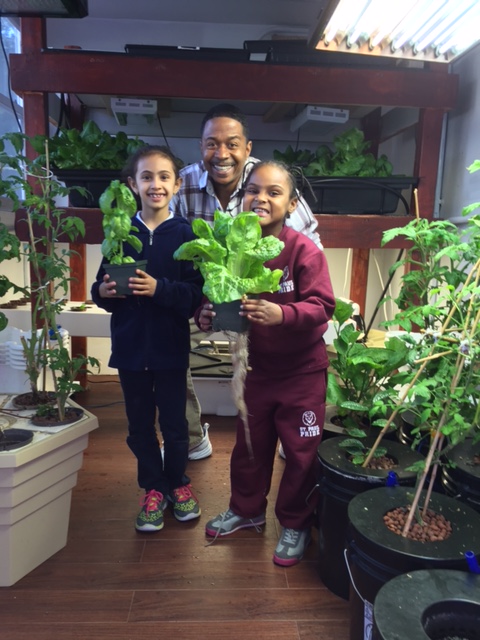 The lessons learned from the 12-week pilot project, which finished in May, will be applied toward scaling up, says Atluri.

“Once these children age out into middle school and beyond, they become the most at risk and really crave that sense of enfranchisement. So our next phase is to expand to a small network of farms in the neighborhood and offer marketing and commercialization wherewithal. We’ll teach them the skills they need to work in a cutting-edge hydroponic environment and take ownership of that space.”

Community-building organizations from other cities and countries are already approaching Seed Street about replicating the model. Ofer would like someday to adapt it to Israel.

“Israel was out of necessity forced to innovate agriculturally and generate its own food sources, and became a leader in agriculture innovation,” she says. “As a result, it has a much more natural cohesive ecosystem and way of being. People are already eating directly from the farm. That’s really beautiful, but it makes hydroponic farming a more difficult market to penetrate in the mainstream.”

On trips to Israel, she has explored projects such as the Green in the City public hydroponic garden on the roof of Tel Aviv’s Dizengoff Center shopping mall. 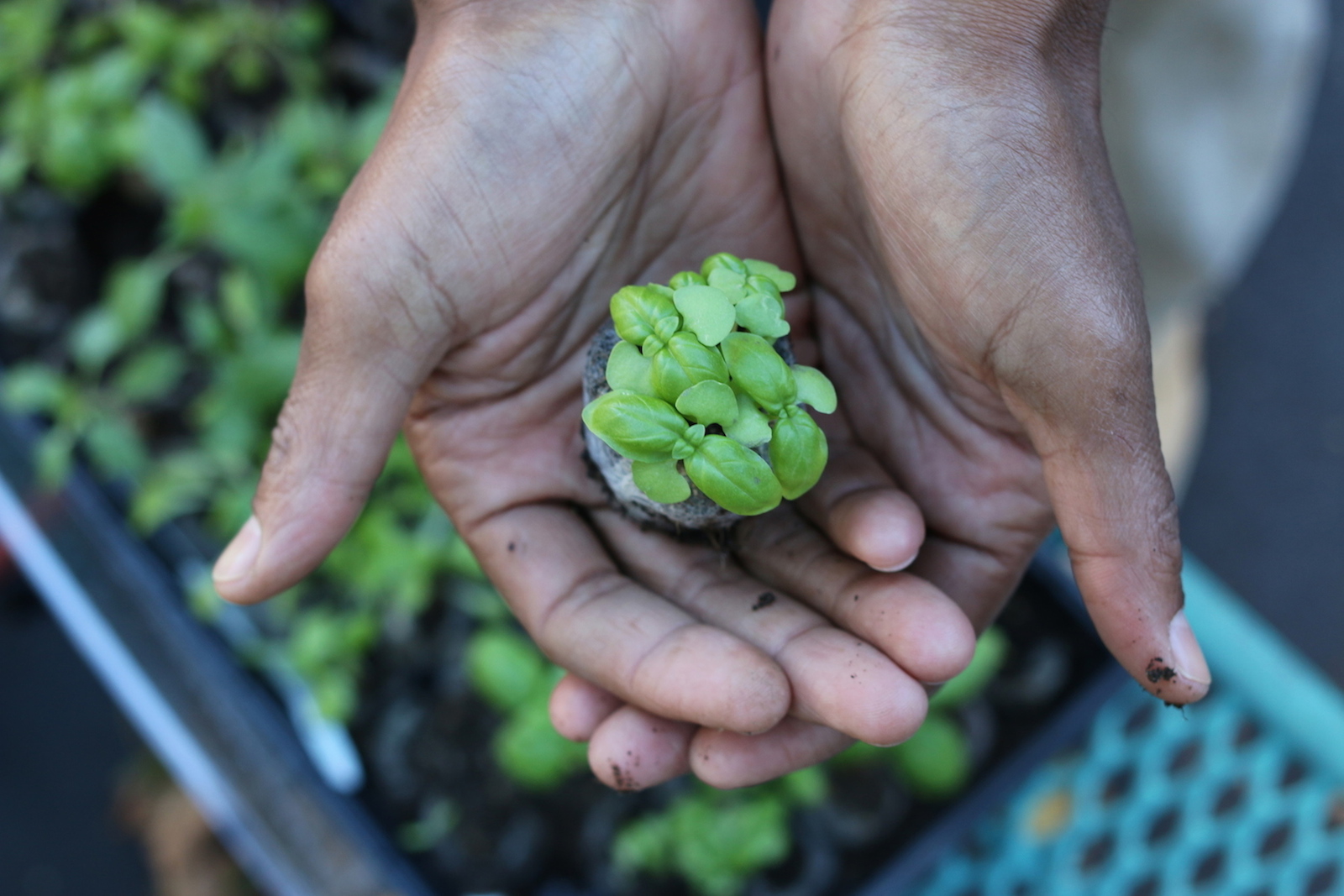 Hydroponically grown vegetables require about 90 percent less water, take up about one-fifth of the space, and have higher vitamin content than those planted in soil.

But for Ofer, something more visceral is to be gained from urban farming.

“I look at how our lives are designed in the post-industrial information age and it’s something I battle with every day,” she confides.“We’re so connected and yet so lonely. Can planting and agriculture be the missing link?”