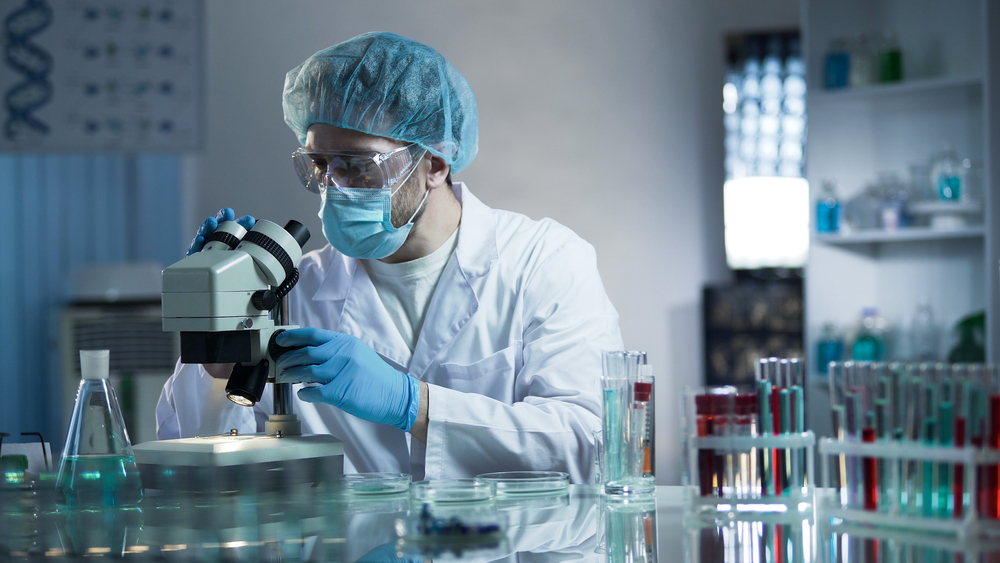 Image by Motortion Films via Shutterstock.com

Pathology, it seems, is no longer sexy. The number of medical students entering the field, which is critical for diagnosing disease from tissue biopsies, has been steadily decreasing.

Yet, at the same time, the number of biopsies requiring analysis by a trained pathologist is going up. This has led to longer waiting times and, in some cases, inaccurate or even missed diagnoses.

Israeli startup Ibex Medical Analytics aims to return the balance by adding artificial intelligence to the mix, speeding up the time-intensive process for human pathologists.

Ibex’s “Second Read” application uses software algorithms to analyze cases in parallel with a pathologist. Second Read then compares the pathologist’s diagnosis and the algorithm’s findings. If there’s a discrepancy, the pathologist receives an immediate alert.

Second Read for detecting prostate and breast cancer is already in use at Israel’s Maccabi Healthcare Service, which began deploying the technology in 2019 at the HMO’spathology institute, the largest such lab in Israel.

In February 2020, Ibex received CE-IVD (for “in vitro diagnostic”) certification for its prostate cancer solution that helps pathologists minimize diagnostic errors in the lab. 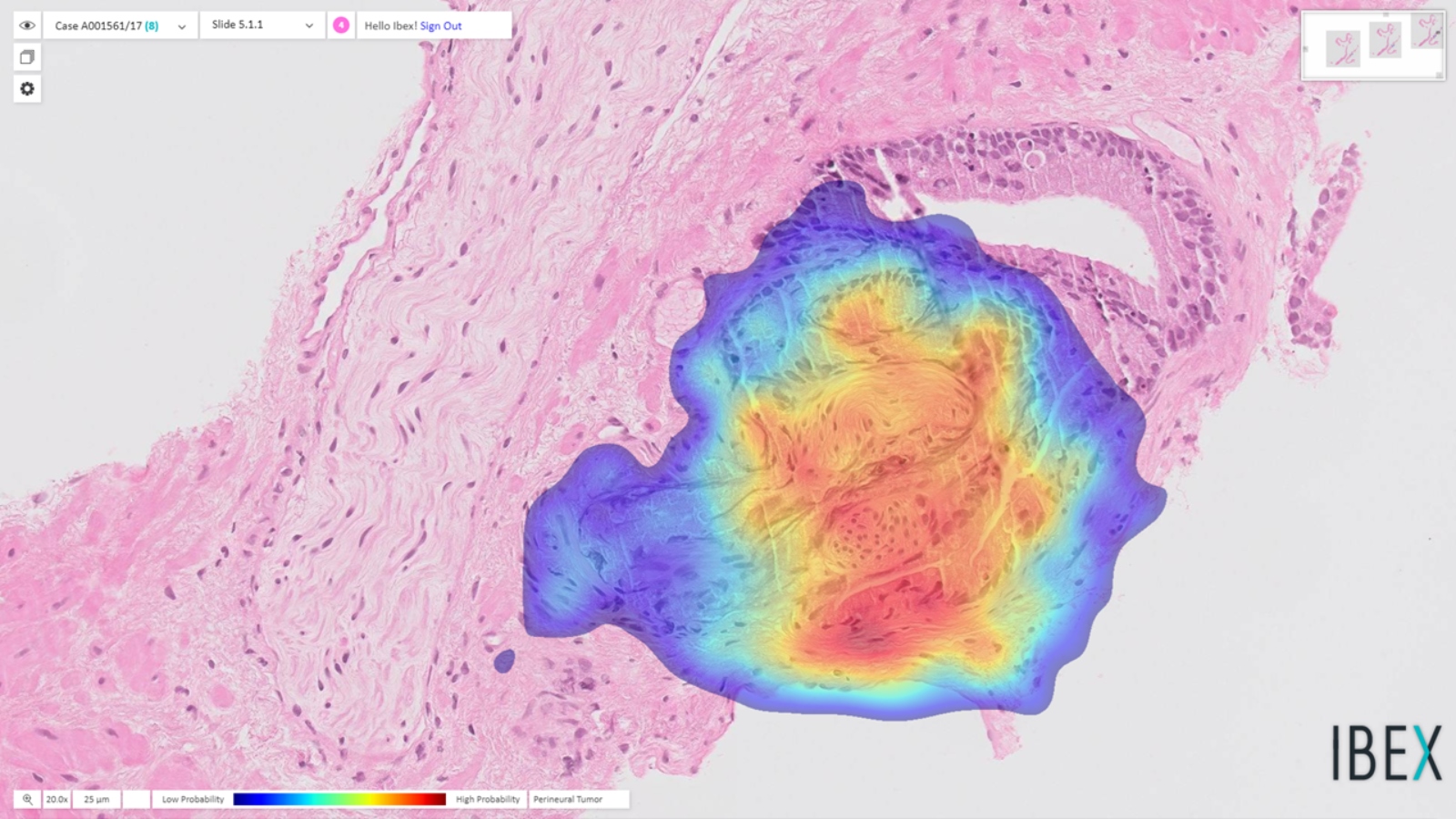 An image of prostate cancer (represented by the heatmap) detected by the Ibex Galen Prostate solution on a biopsy that was previously diagnosed as benign by the pathologist. Photo: courtesy

That led Dr. Delphine Raoux, head of innovation technologies at Medipath – the largest network of private pathology labs in France – to write that she was “impressed with the results [which are] in near perfect concordance with the consensus diagnosis between multiple pathologists.”

Maccabi in Israel has been using Ibex’s prostate product, and the University of Pittsburgh Medical Center has been running a validation study on Ibex’s algorithm.

Using AI to spot cancer and other diseases is not new; ISRAEL21c has written in the past about several Israeli companies, Zebra Medical, Aidoc and Viz.ai among them, that use artificial intelligence to look for anomalies in radiological scans generated by CT and MRI machines.

However, Ibex is the first Israeli startup to apply the technique to tissue biopsies. 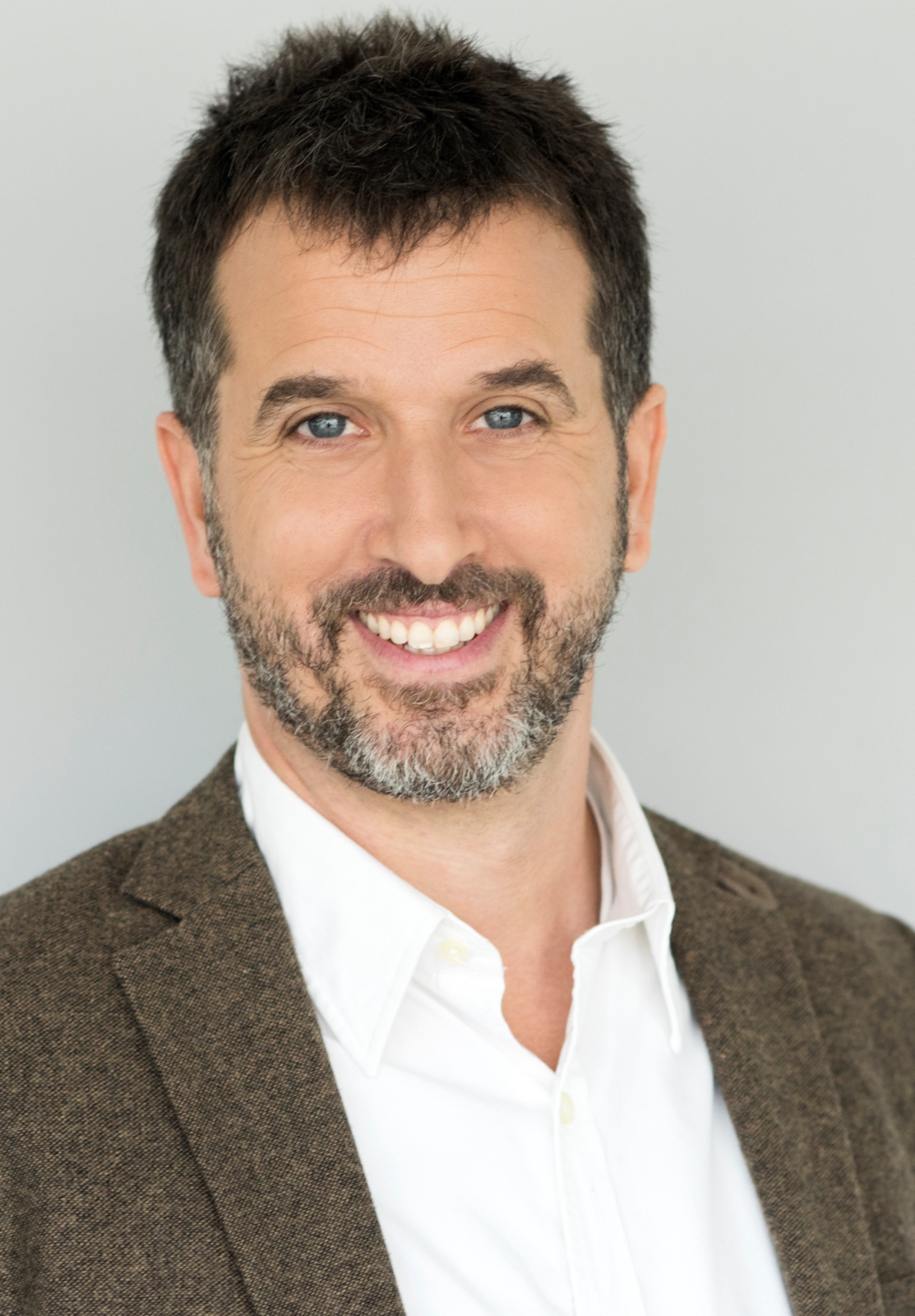 “In the UK, 97 percent of labs report they are already understaffed. By 2030, the US will have 40% fewer pathologists than today.”

Moreover, in the United States, the average age of pathologists is 55, Mossell adds, indicating that up-and-coming physicians are choosing different areas of specialization.

The results of pathology mistakes can be a matter of life or death.

“We’ve done studies with different institutes in Israel and abroad, and we see error rates of up to 12%,” Mossel says. “In other words, 12% of patients initially diagnosed benign by a pathologist actually had a misdiagnosed cancer” when analyzed a second time by Ibex’s software.

What causes the mistakes? “The fact that pathologists are human,” Mossel says.

Sometimes the problem is that a cancerous tumor is small and hard to see. Other times it’s fatigue or “the gap between ability and the capacity to deal with the load.”

While a “second read” is critical, the next product from Ibex – due out later this year – may be a true game changer: an upfront AI-powered “first read” where “the pathologist will get the case almost pre-cooked, allowing them to work faster” and not have to wait for an alert to indicate if anything was missed, Mossel explains.

Both breast and prostate cancer scans will be covered initially.

Ibex trained its AI algorithm on 60,000 prostate biopsy slides and a similar number for its breast cancer product. The slides came primarily from Maccabi in Israel “but also from the US and Europe, to enrich the data set,” Mossel says.

Ibex launched in 2017. It has raised nearly $14 million so far and has 25 on staff in its Tel Aviv offices.

Mossel’s background is in computer software, rather than pathology. So how did he know the technology for applying AI to pathology was even possible?

“We didn’t,” he tells ISRAEL21c. “A few years ago, this would have been considered science fiction.”

Indeed, Mossel recalls that when he first approached the woman who would become the company’s chief medical officer, “she threw us out of her room.”

Fortunately for all involved, Mossel didn’t give up. “Knowing what we knew about data science, machine learning and computer vision, we reached the conclusion that there was an opportunity here.”

Mossel says that working at a company like Ibex is eminently satisfying.

“Maybe people are not getting the best news [with a cancer diagnosis], but now at least they’ll stand a better chance of surviving the illness.”

Ibex licenses its solutions as part of the “Galen Platform” named after Claudius Galenus, the Roman doctor who is considered the forefather of pathology. While the original Galen’s understanding of anatomy 2,000 years ago was based on the “four humors,” Galen’s AI counterpart is 100% state-of-the-art.

Which is perhaps the best news for both patients suffering from cancer and pathologists struggling with stress and overwork.