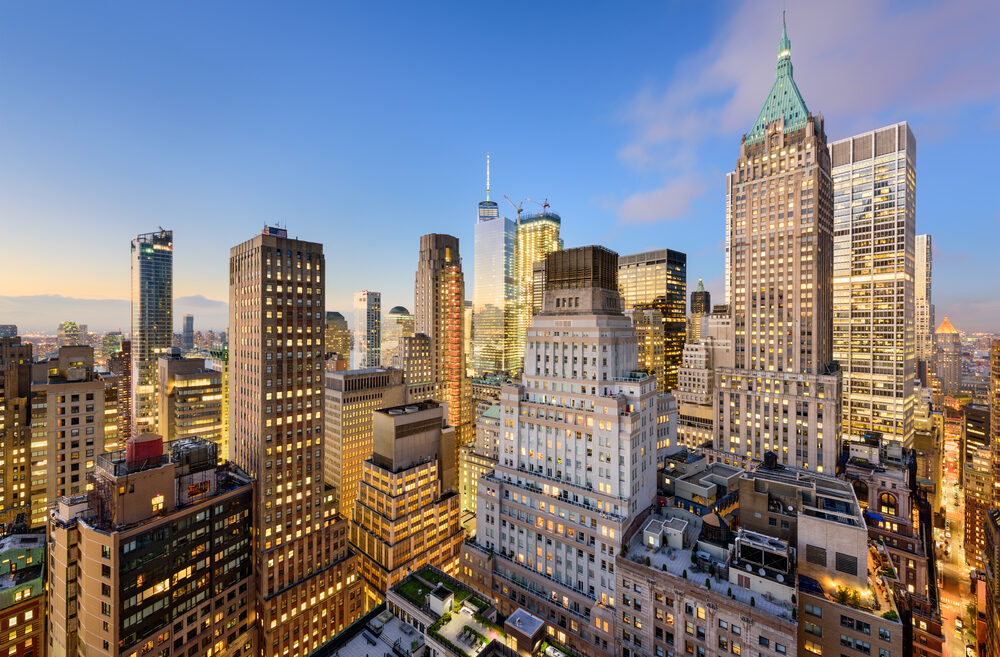 If there is one industry New York City is known for, it’s finance. Wall Street is the ultimate symbol of wealth and the American dream.

Over the past decade, the finance industry has gone through significant changes due to the recession that nearly collapsed the global financial system as well as the massive growth of technology.

Today, some of the most sought-after jobs in New York are at financial technology (fintech) startups, including Israeli-founded ones. New York ranks #3 on the Global Fintech Index City Rankings 2020 Report (Tel Aviv is #18).

Israeli innovation has played a part in building New York’s post-recession technology ecosystem. One of its pillars was the 2012 Cornell Tech partnership with the Technion-Israel Institute of Technology.This partnership helped transform New York from the world’s financial center into the world’s fintech center.

Fintech from freelancers to Wall Street

Fintech is a broad vertical. Israeli-led startups in this space solve problems not just for banks, but also for everyday consumers.

An example is Lance, an American-Israeli startup working to solve the business accounting and guidance challenges of a growing number of freelancers. This startup, which spent time in the Tel Aviv-based Junction, is currently a part of the Barclays Accelerator powered by Techstars NYC (which has a program in Israel as well).

Lance is creating a standard business structure for freelancers and remote workers to succeed financially in the global workforce. From setting up LLCs and business banking accounts to suggesting real-time tax savings and insurance policies, Lance provides new and transitioning freelancers with a single platform for clear financial backend management.

Lance cofounder Oona Rokyta states, “We’ve moved the company’s headquarters to New York given the city’s rich business history and collaborative fintech ecosystem. As an American-Israeli company, we benefit tremendously from the strong connection between the two countries and the vibrant Israeli and Jewish communities in New York.”

Or Benoz, founder of Rewire and now a mentor at Barclay’s Techstars NYC Rise, says Israeli fintech companies seeking to start operations in New York City“ can find a rich ecosystem compiled of hundreds of financial institutions that can potentially become partners or clients of new tech and services, accompanied by dozens of venture firms focusing on funding fintech companies. It can make sense to have some representation in the city to plug into the ecosystem. Vast developer talent, though, might be richer in Tel Aviv or Silicon Valley.”

Financial services area target market for many Israeli startups in New York. An example is Pagaya, a fintech company that uses machine learning and big data to manage institutional money — much of which is centered in New York. Pagaya is dually headquartered in Tel Aviv and New York City.

Pagaya CEO and cofounder Gal Krubiner shares: “My fellow cofounders [CRO Yahav Yulzari and CTO Avital Pardo] and I started Pagaya in Israel because of the high caliber and growing technical talent pool there. Also, it is important to us that we provide job opportunities in tech for younger generations in Israel and contribute to the local innovation ecosystem.

“At the same time, we knew we wanted to bring Pagaya to the US and expand our team in New York specifically because that’s where some of the best financial minds in the world are. Bringing finance and technology together is essential to the success of our business, and having dual headquarters enables us to effectively build a global team with diverse skillsets and expertise.”

Blockchain center of the world

Israel has already proven itself to be a center for blockchain technologies, which have become a central focus for many major financial institutions. Facebook’s blockchain team in Israel took a leading role in developing its global digital currency, Libra.

Last fall, ConsenSys hosted the first international Ethereal conference in Tel Aviv, a major endorsement of Israel as a leader in blockchain.

Considering Israeli companies’ disproportionate influence in the blockchain space, it makes sense that it would all come together in New York.

“Everyone’s first thought is, ‘Of course it makes sense for a budding financial company to be in the financial capital of the world.’ But for us, New York City represents so much more than just Wall Street,” says S. Daniel Leon, cofounder, president and COO of Celsius Network, a company whose mission is “to harness blockchain technology to provide unprecedented financial freedom, economic opportunity, and income equality for the 99%”

Celsius is bringing its team as well as its product to New York.

The Big Apple, says Leon, “is a diverse hub filled with the world’s top experts in technology, innovation, creativity and, of course, finance. You can’t find this kind of unique combination of talent anywhere else, and the people and ideas found within this city made it the ideal space to build the new era of financial institutions.”

Lior Glass, formerly Global Blockchain Lead at BNY Mellon and now working on a stealth blockchain startup, commented that “the growing number of enterprise blockchain solutions brings with it a new set of challenges. For example: connectivity with the existing infrastructure, security, and reporting. We are working on developing solutions. … From the business perspective, New York is a major hub for the financial industry. This makes it ideal for startups such as mine.”

As the fintech space offers a canvas on which to solve many global problems, Israeli entrepreneurs who previously succeeded in other areas are building their next endeavor in this space.

Most of us use Waze. After the company’s spectacular exit and acquisition by Google, Waze founder Uri Levine decided to focus on another problem with a huge market.

FeeX, a startup Levine cofounded, provides a variety of platforms for financial professionals and end clients including an app that exposes hidden fees in many retirement investment accounts. FeeX is headquartered on 42nd Street.

Finally, one cannot write about successful Israeli fintech startups in New York without mentioning Lemonade and its success as a “mixed DNA” Israeli-American company.

Lemonade has been disrupting the insurance industry by replacing brokers and bureaucracy with bots and machine learning. It’s a case study in how Israeli companies can succeed in New York.

Lemonade combined the best of the Startup Nation — grit, chutzpah and problem-solving — with the culture-building ethos of a Silicon Valley unicorn.

One of the most important verticals in the world, fintech is changing how we do business. Israeli fintech companies are becoming central in bringing about that change, helping to power New York’s growth as the top fintech ecosystem.