What would it take to make museums, cultural sites and tourist attractions more accessible to people with visual, intellectual or developmental disabilities?

For the past 25 years, Israeli professional miniaturist Gadi Mathov has been working on solving this problem using models. 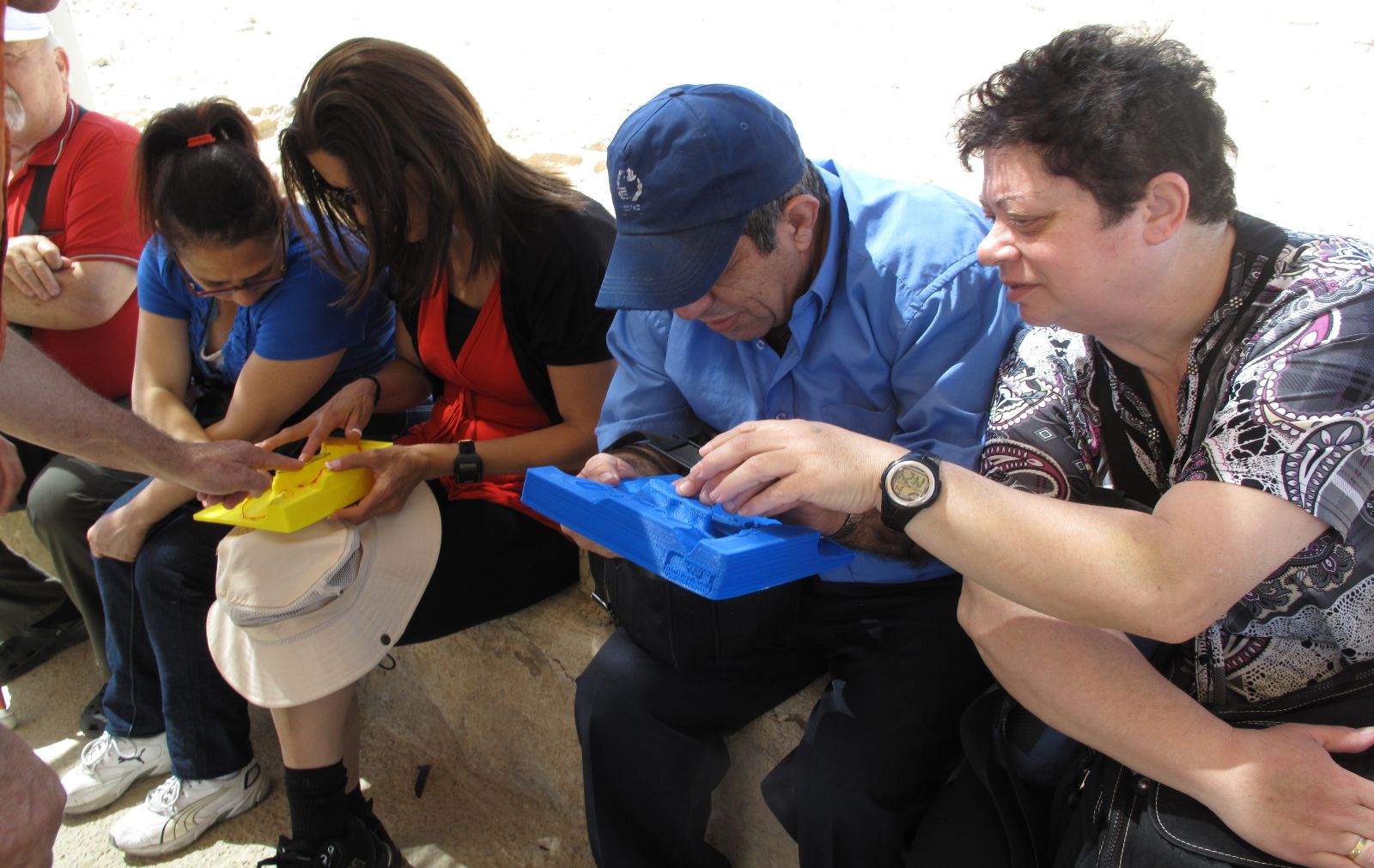 Visitors to Masada learn more about the site through Gadi Mathov’s miniature model of the landmark. Photo: courtesy

“We also created for them miniature models of siege vessels that illustrate the Roman siege of Masada,” he explains.

“The way I define it, a model is a physical representation of a product or an idea,” Mathov says. “A model is a medium that allows people to communicate and pass along ideas between them.” 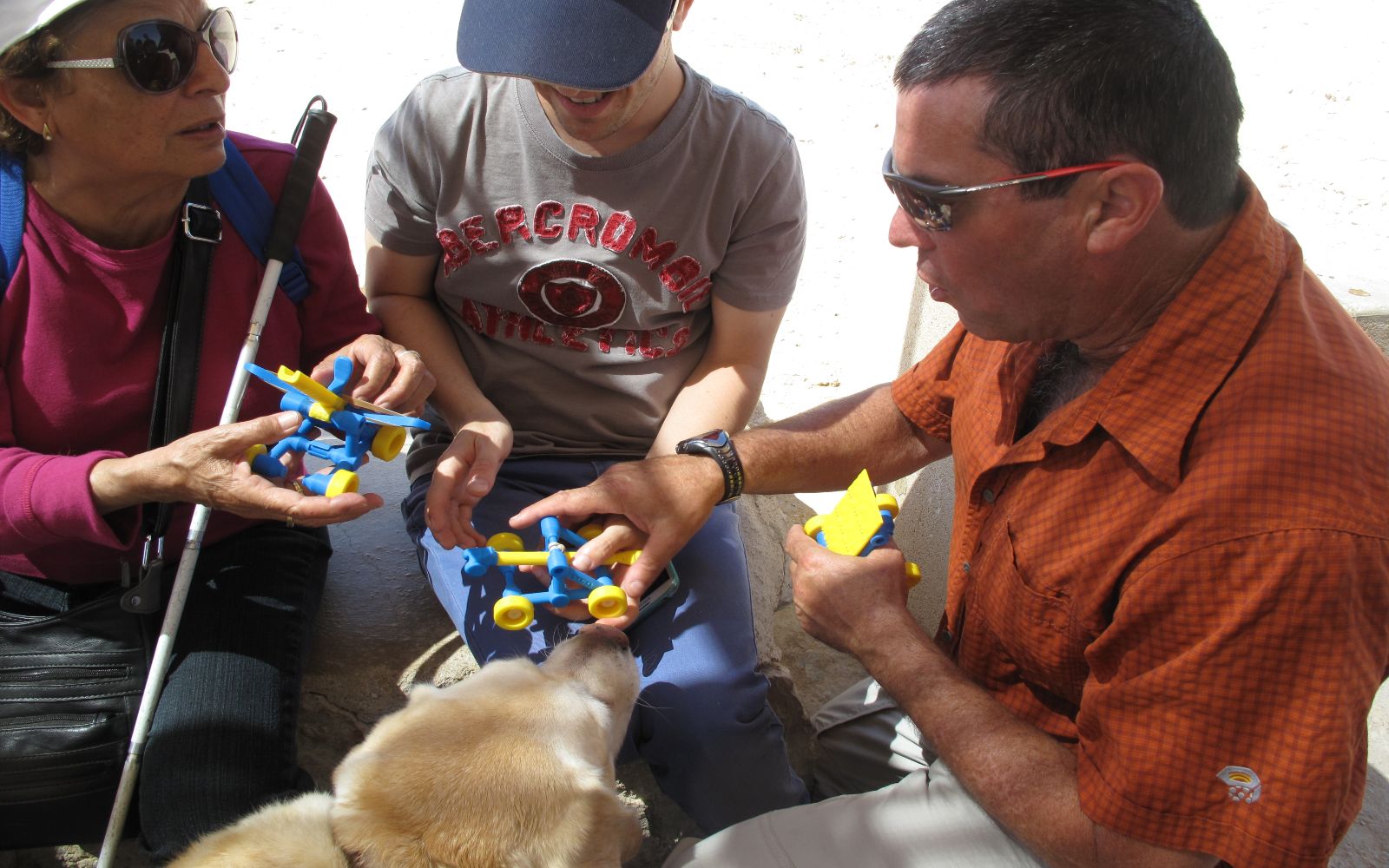 Mathov Design models are used in leading cultural institutions such as the Israel Museum and sites managed by the Israel Antiquities Authority and the Israel Nature and Parks Authority.

Mathov also cooperates with the Commission for Equal Rights of Persons with Disabilities, the National Insurance Institute and the Access Israel nonprofit organization.

Mathov Designs’ 100-square-meter model of Jerusalem, featuring the Temple Mount, the Tower of David, the Knesset, the new Jerusalem Light Rail and other iconic structures, can be seen in Times Square in New York City as part of the Gulliver’s Gate project. 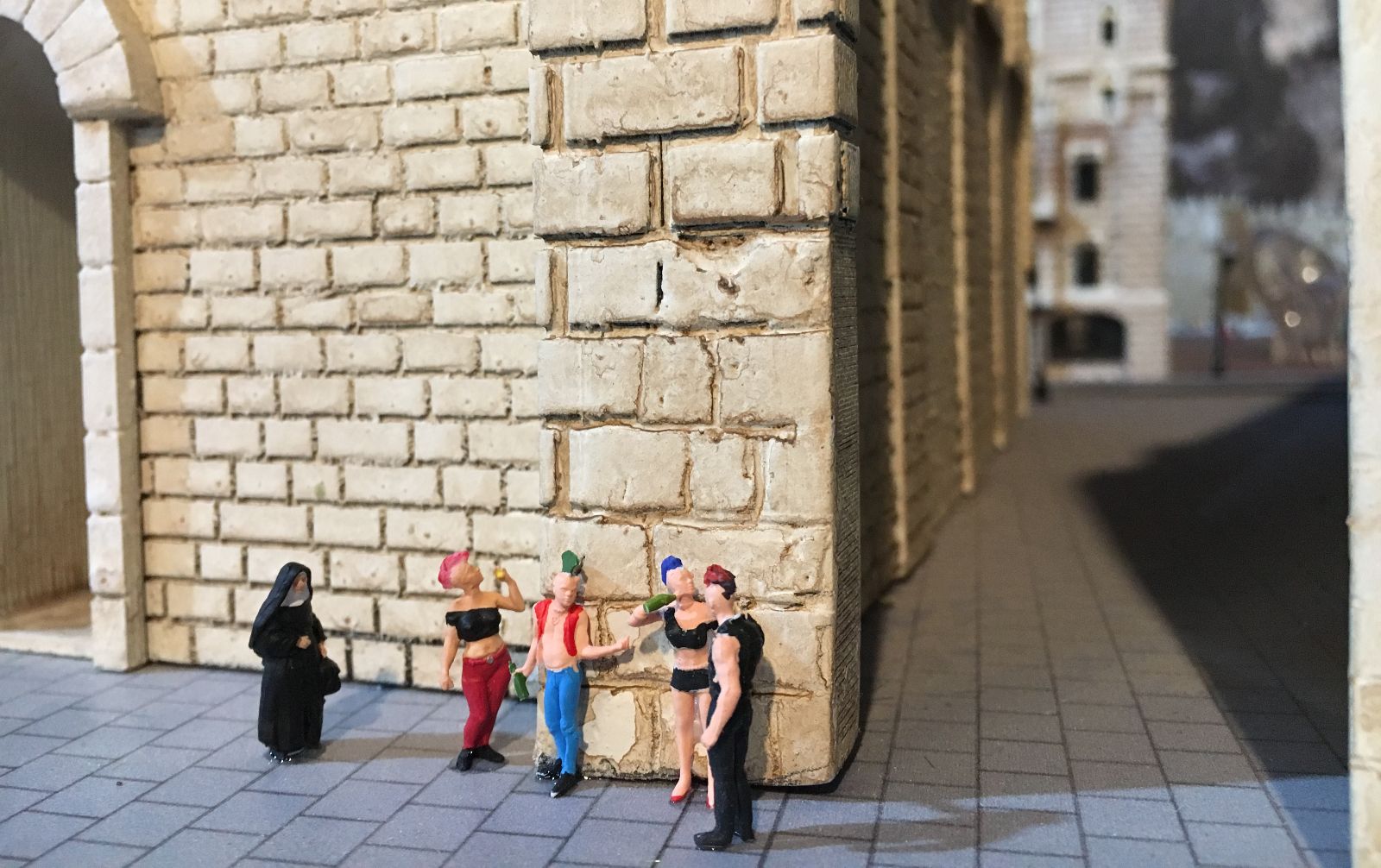 Part of a model of the Old City of Jerusalem created by Gadi Mathov for an exhibition at New York’s Times Square. Photo: courtesy

Here, he cooperated with Pnina Ceizler, KKL-JNF’s northern region projects and accessibility coordinator, and KKL-JNF’s chief ornithologist Yaron Charka to make the site’s research station a place of interest for people with disabilities. 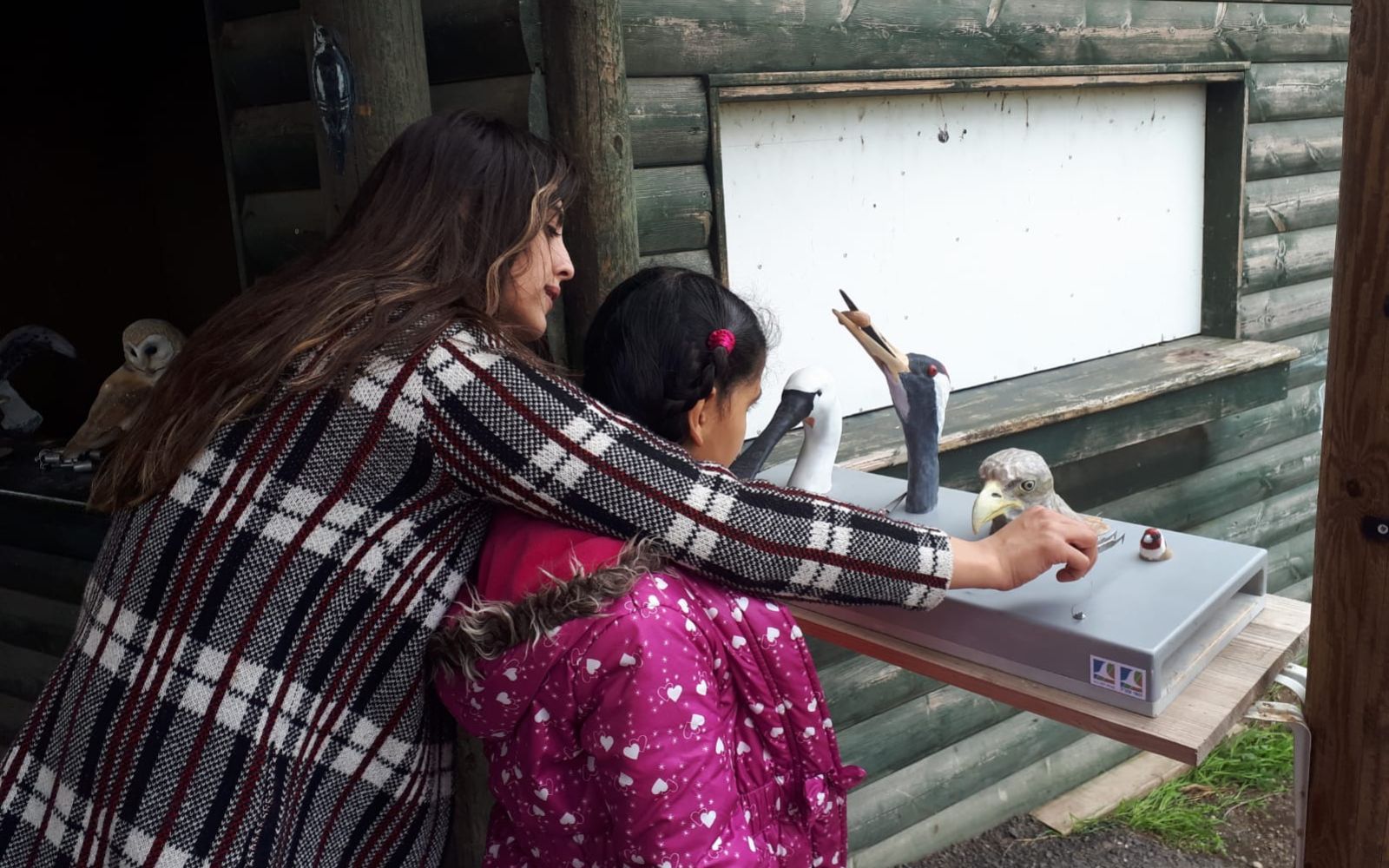 A girl learns about migrating birds in the research station at Agamon Hula in northern Israel. Photo courtesy of KKL-JNF

Visitors can see and/or feel models of the birds that migrate in the area, as well as special globes and maps that highlight migratory routes. 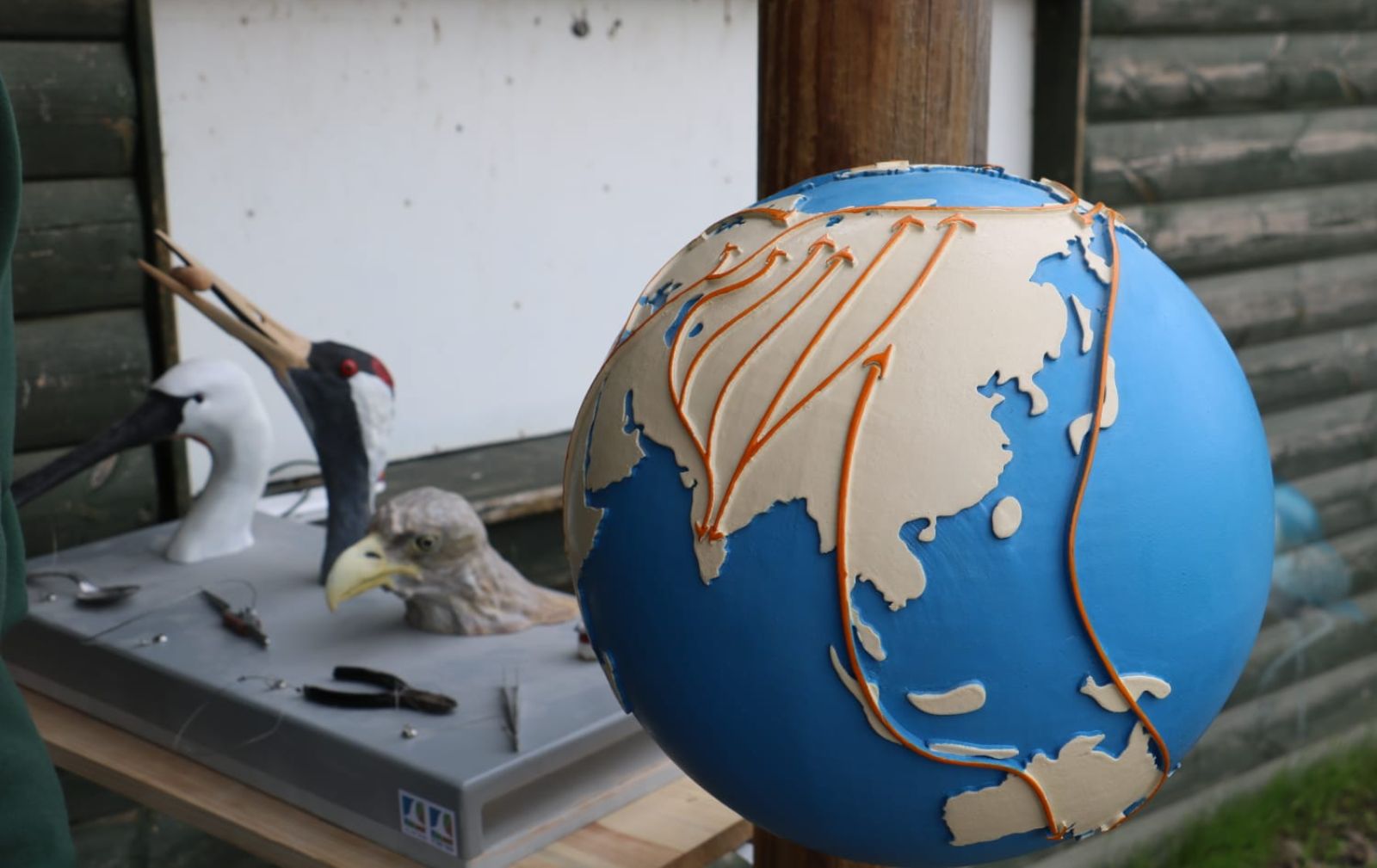 “There are quite a few models that we’ve created to enhance the experience for people with visual impairments,” says Ceizler. “We see that it’s also useful for everyone, also for children with disabilities or with autism.” 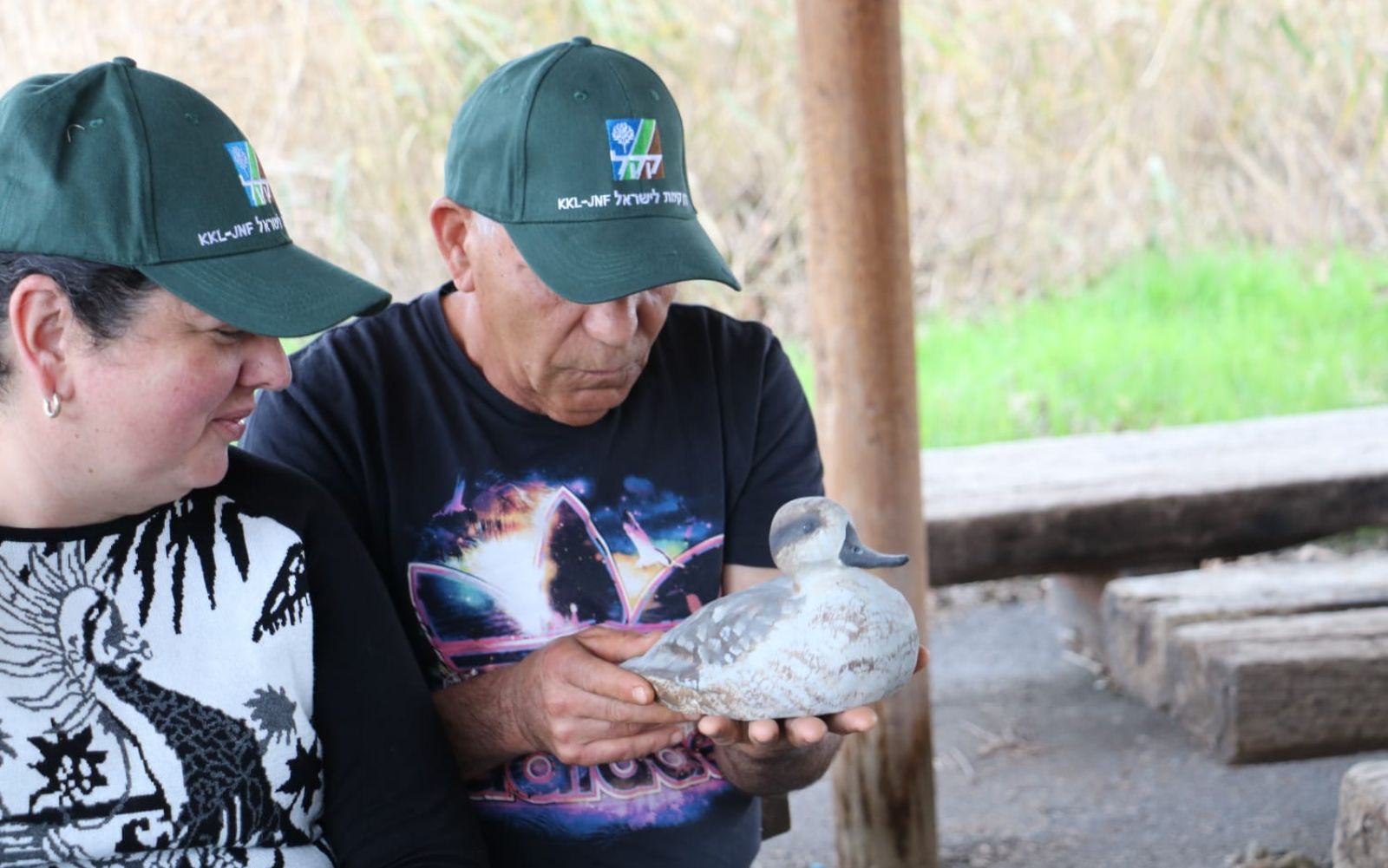 A man feels a model of a bird that migrates across the Agamon Hula in northern Israel. Photo courtesy of KKL-JNF

The accessible experience at the research station has proved to be a huge hit, she tells ISRAEL21c. She tried it out on a group of people with visual impairments before opening it up to private visitors and organized trips for schools and people with special needs.

“They enjoyed this whole experience up close. They were impressed and admired everything,” she says of the accessible center’s first visitors.

Back to the future

Mathovhas worked in his profession for 37 years, but it came about quite by accident.

“It was a temporary job while I was an architecture student, and then I found out that I liked it better,” he recounts.Decades later, he’s still in love with the job.

“They’ll have to take me out of here in a coffin,” he jokes, speaking of his workshop in the central city of Lod.

Along with cultural institutions, his clients include the defense establishment and medical instrumentation companies.

Mathov is not worried about work drying up in the age of technological advancement.

“There’s nothing more comfortable or clearer than a model,” he says. “There are dozens if not thousands of uses.” 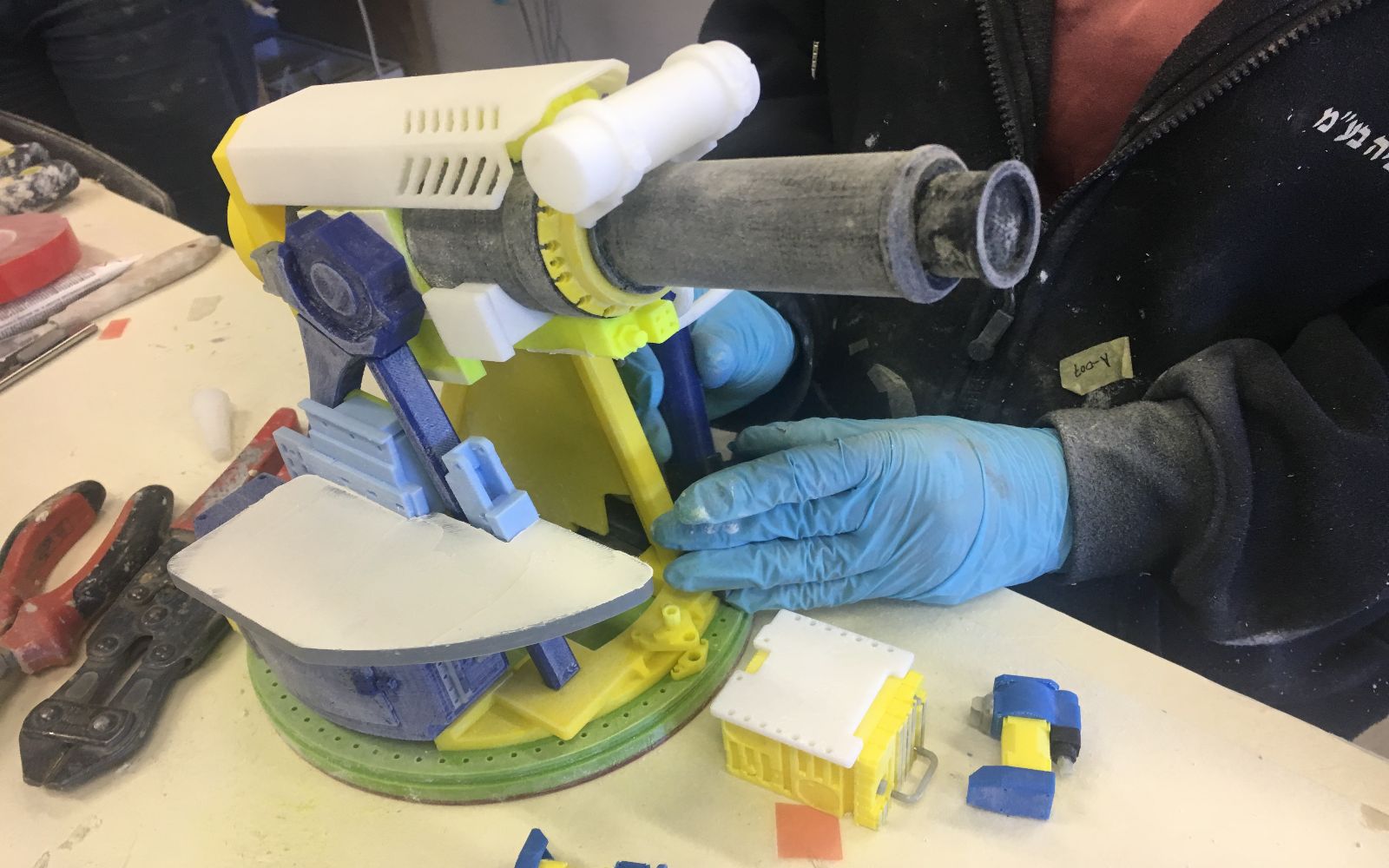 The production of miniature models has always been technology based – the technology simply changes. Photo courtesy of Mathov Designs

Lately it’s become much easier and cheaper to create a model.

“The biggest development was the introduction of what we call computerized production,” Mathovexplains, citing 3D printers, lasers and CNC (computer numerical control) machines.

“Each of these technologies helps us create a much more complex and higher-quality product in less time and for a cheaper price.”

Mathov hopes that one day people will be able to print out models at home of the places they’re planning on visiting.

“Today no one goes to the store to buy music; no one goes to Blockbuster to watch a movie. I imagine that when you’ll want a miniature model you won’t go to a miniaturist. You’ll be able to download them and print them by yourself,” he explains.

However, printing is only the end of a process that begins with human creativity. Mathov says a model should contain “the human spark of the soul of the person who created it.”

And while he mourns the disappearance of craftsmanship, Mathov is a firm believer in advancement. “You have to keep on looking forward,” he says. “To understand what the technologies are and where they’re heading. How to adopt them or compete against them or circumvent them.”