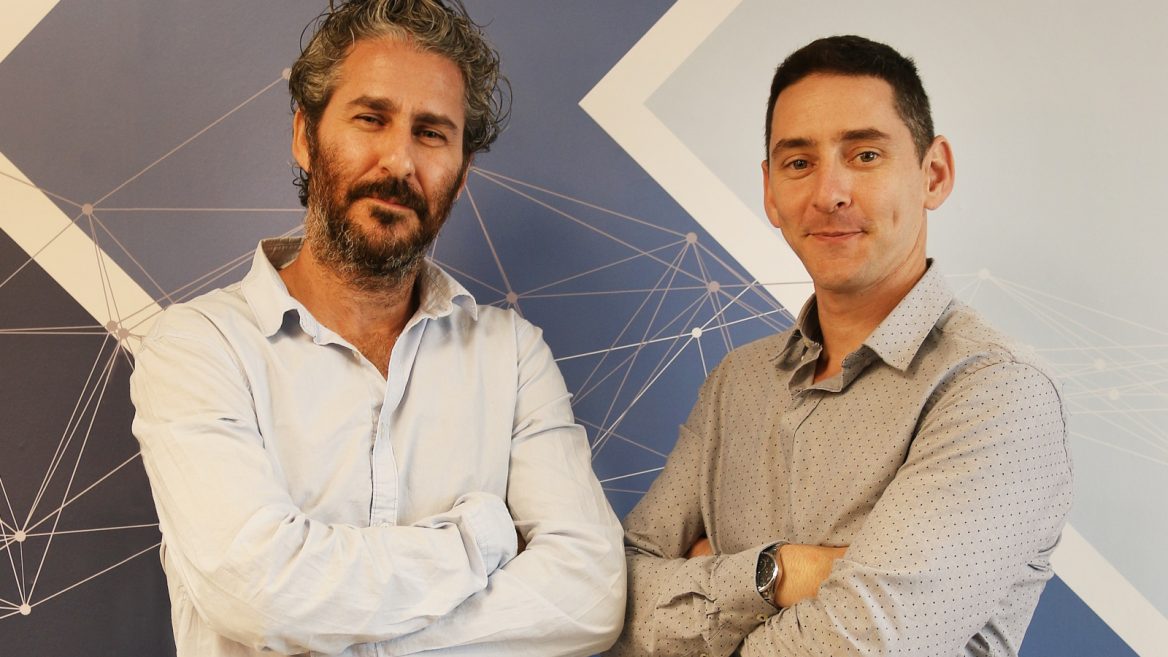 If you suffer from pollen allergies or are concerned about “indoor pollution” from sources such as cleaning materials, furniture glue and mold, you might have considered buying an air purifier from a brand like Dyson, Molekule or Blueair. And if you’re a safety-concerned home owner, you probably already have a few smoke and carbon monoxide alarms installed.

Israeli startup Aura Air asks: Why buy two devices when you could have it all-in-one?

The Tel Aviv-based company launched a crowdfunding campaign earlier this year to build its indoor air-quality detector and air purifier combo. The goal was a modest $15,000, but backers pledged close to $300,000. That’s on top of the $1.5 million the company received from private angel investors when it launched in 2017.

What makes the air from Aura so cool? The story begins 20 years ago, when brothers Eldar and Aviad Shnaiderman would spend summers and vacations helping at their father’s air-conditioning and maintenance company.

“We saw what was happening on the inside of the units,” Aviad tells ISRAEl21c, “and we thought, wow, it’s so dirty. This is what we’re breathing?”

Aviad, 32, now the CEO of Aura Air, had been in the army’s special forces unit for more than a decade, while also pursuing an MBA. Eldar, the older of the two at 37, who now serves as Aura Air’s CTO, is an electrical engineering by training. When both found themselves ready for their next gigs, they remembered what they’d seen in their father’s shop.

“We knew we had to find a solution,” Aviad says. 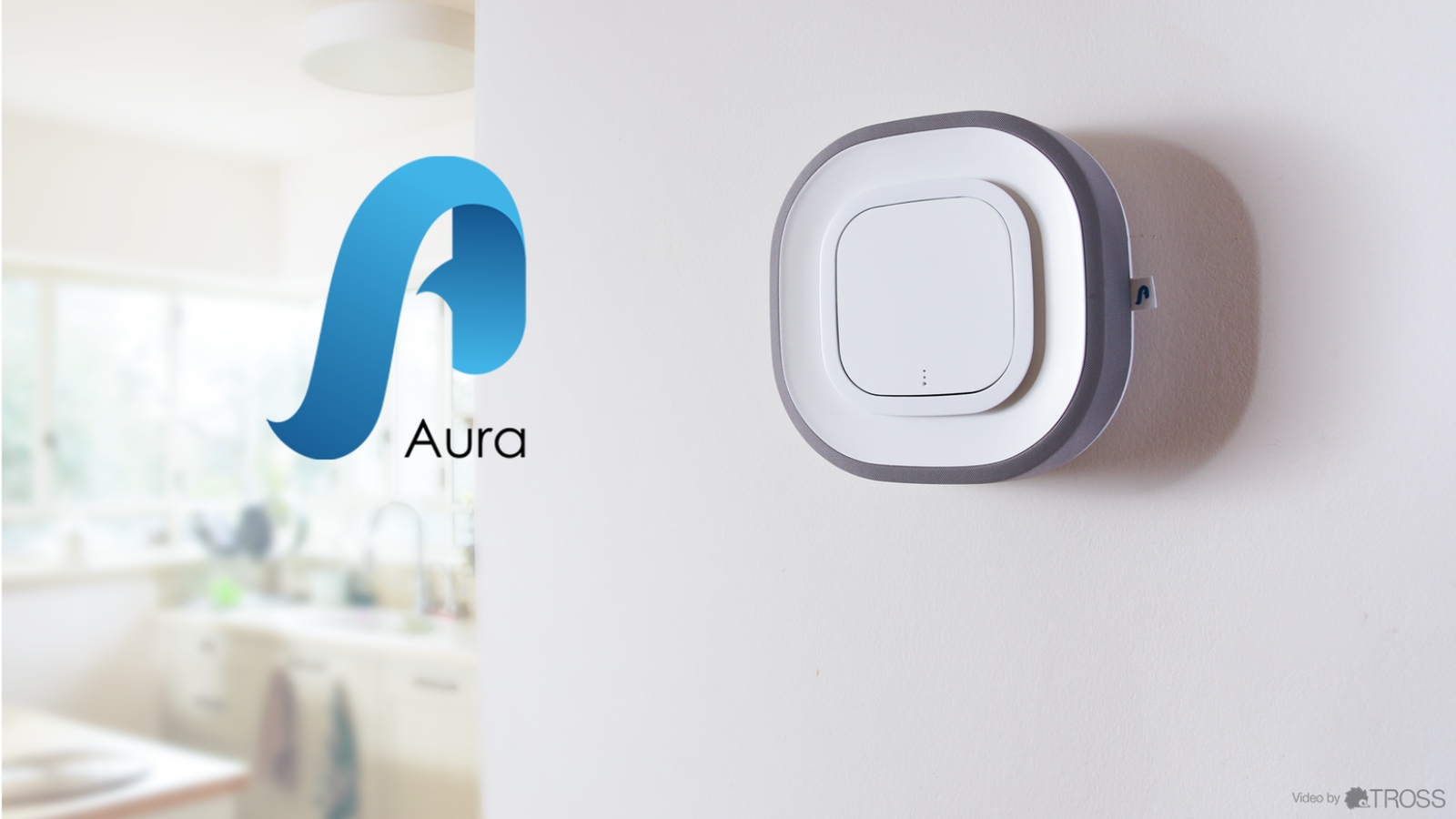 The result is a device the size and shape of a small robotic floor cleaner but that hangs on your wall.

Aura Air first checks for all kinds of dangerous gases and particles: smoke, carbon monoxide, propane, butane and other flammable gases that can leak, as well as VOCs (volatile organic compounds) such as formaldehyde, paints and acetones, and emissions from office machines (for example, the smell from your photocopying machine).

Aura Air then goes to work to purify the air. It can filter out tiny particles – down to the size of bacteria, viruses and pollen. It cleans the air of mold, fungi and PM2.5, particulate matter just two and a half microns in width that can lodge in the lungs, leading to coughing, sneezing, shortness of breath and, over extended exposure, more serious problems.

“Those can get to places like the carpet and furniture where bacteria and fungi have started to develop but haven’t gone through our product yet,” Aviad explains. 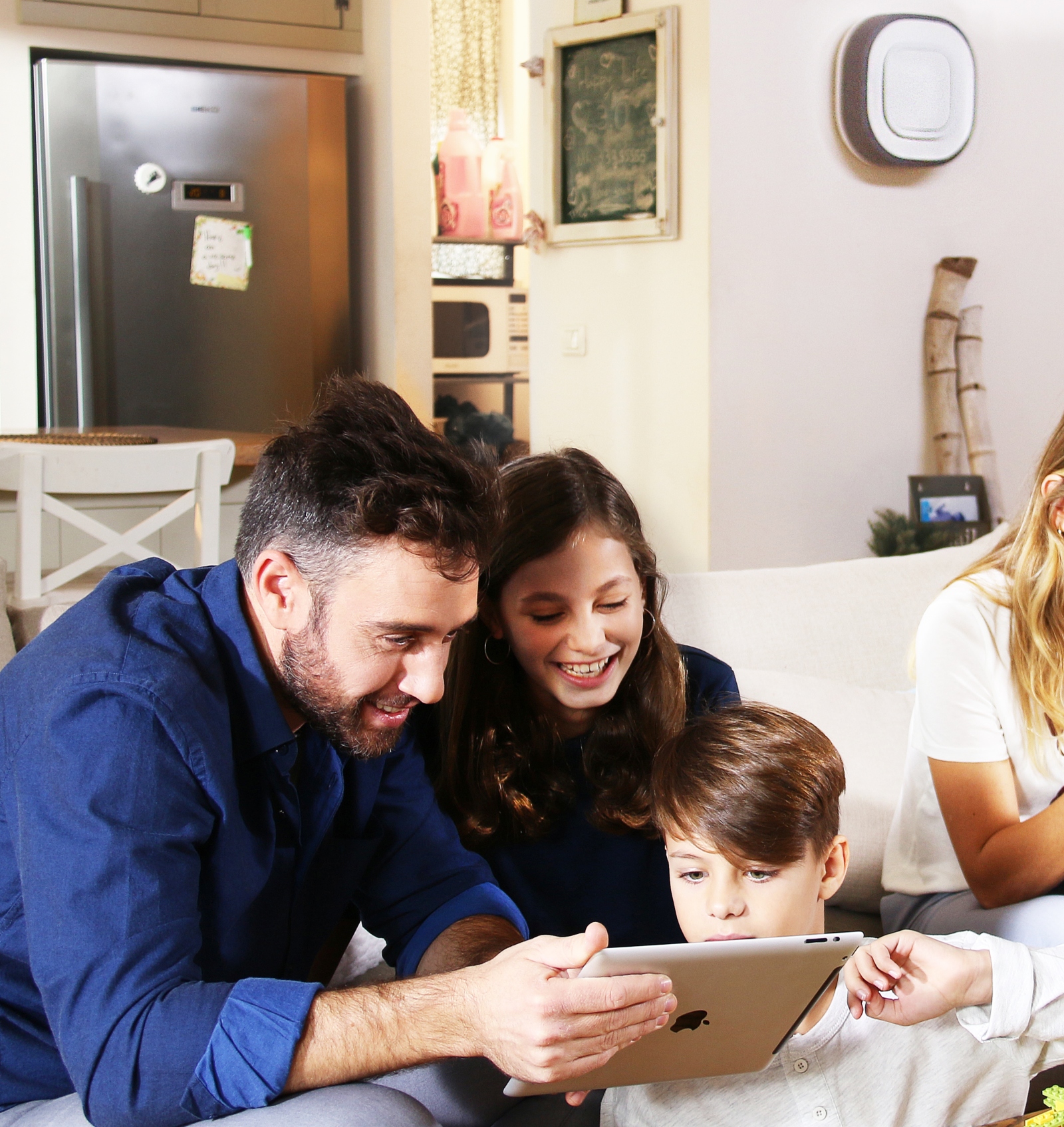 Aura Air is developing packages to cover all the rooms in a home. Photo: courtesy

One Aura Air device can cover 700 square feet, so the average home will need more than one.

“We’re developing packages to cover more than just the living room or bedroom,” Aviad says. “We will have packages for singles, families with newborns, businesses. We want the price to be affordable.”

A single Aura Air will sell for $389 – that compares favorably with competitors retailing at $600 and up. If you pre-order an Aura Air on Indiegogo, you can save 41%. Initial orders are expected to be delivered this summer.

Aura Air’s team has been working with the Technion – Israel Institute of Technology and the Hebrew University of Jerusalem to validate its technology. The product is currently in the process of receiving approval from UL (formerly Underwriter’s Laboratory) in the United States.

While you can order an Aura Air on Indiegogo (and eventually through the company’s website) from anywhere in the world, Aura Air is targeting the US market first. The company displayed its product at the CES show in Las Vegas in January of this year.

One place you won’t find Aura Air: your local Best Buy – at least not initially. “We want to understand our audience better before we go for the big retail stores,” Aviad says.

Aura Air wouldn’t have been so successful on Kickstarter without the latest personalization bells and whistles. You control your Aura Air device via your mobile, which displays both indoor and outdoor air quality (the latter through a partnership with fellow Israeli environmental startup BreezoMeter).

When you set up your Aura Air, you’re prompted to answer a series of questions, such as whether anyone in the home suffers from allergies. Your mobile, running the Aura Air app, can then send you push notifications if, for example, there’s a lot of pollen in the air or there’s a higher level of PM2.5 outside. 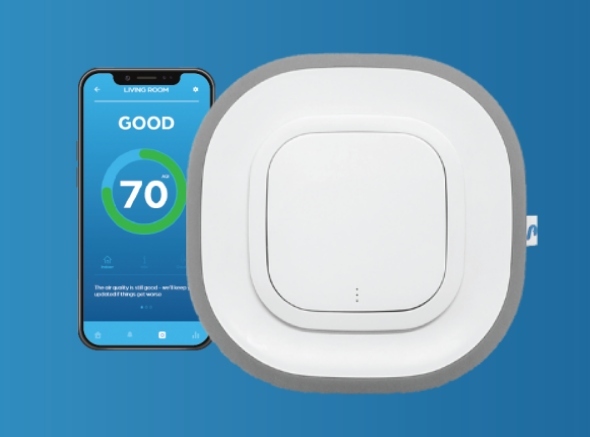 Your personalization data also affects how the device operates. “If you’re asthmatic, the product will be more sensitive to PM2.5,” Aviad explains. That might mean the fans run faster and longer depending on who’s at home.

Aura Air works in the background. The company’s name comes from the idea that its product protects your breathing environment like a halo – or an “aura.” Once you’ve set it up, you don’t have to monitor it, although you can always talk to your device (via Google Assistant or Amazon’s Alexa) to check air quality and adjust parameters manually.

The Shnaiderman brothers have big plans for their 10-person company. Self-sterilizing sheets and towels “that help kill viruses and bacteria will be coming soon,” Aviad says.