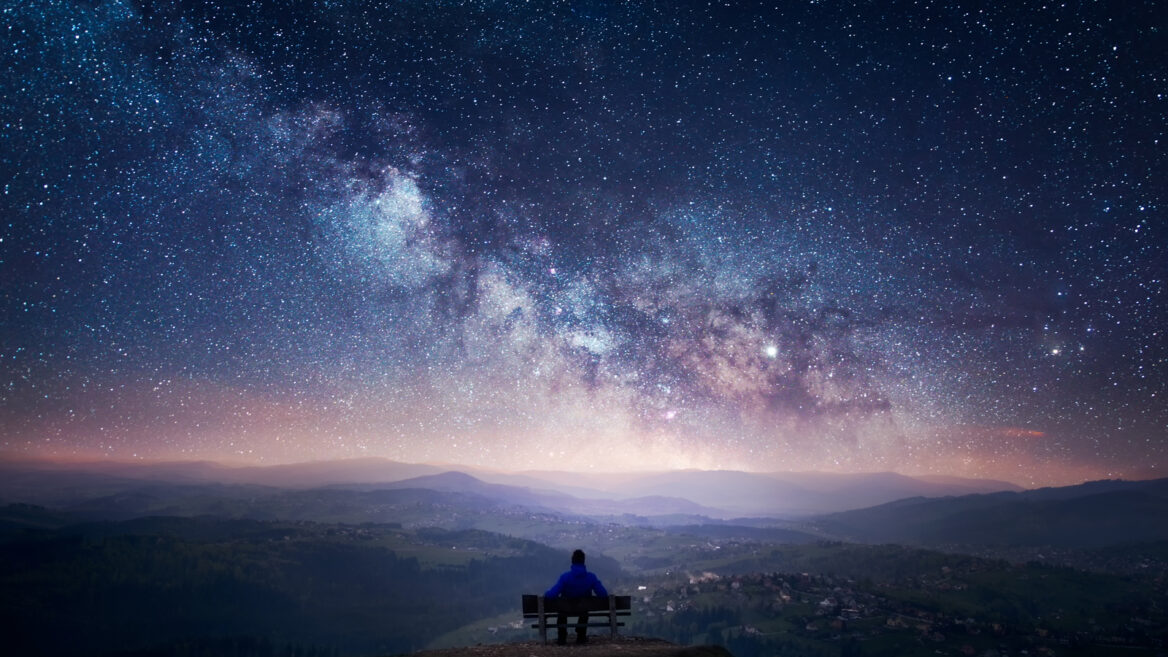 We are not alone, according to Prof. Avi Loeb. Photo by Shutterstock

“It would be arrogant to think we are alone.”

Dinosaurs might still roam the Earth if a giant ancient asteroid had taken a slightly different course.

If Prof. Avi Loeb had followed his expected trajectory, he’d have become a philosopher rather than Harvard University’s longtime chair of astronomy and founding director of its Black Hole Initiative.

And if a shiny space object dubbed ‘Oumuamua hadn’t deviated from an orbit shaped by the Sun’s gravity, Loeb wouldn’t have written his bestselling Extraterrestrial: The First Sign of Intelligent Life Beyond Earth. 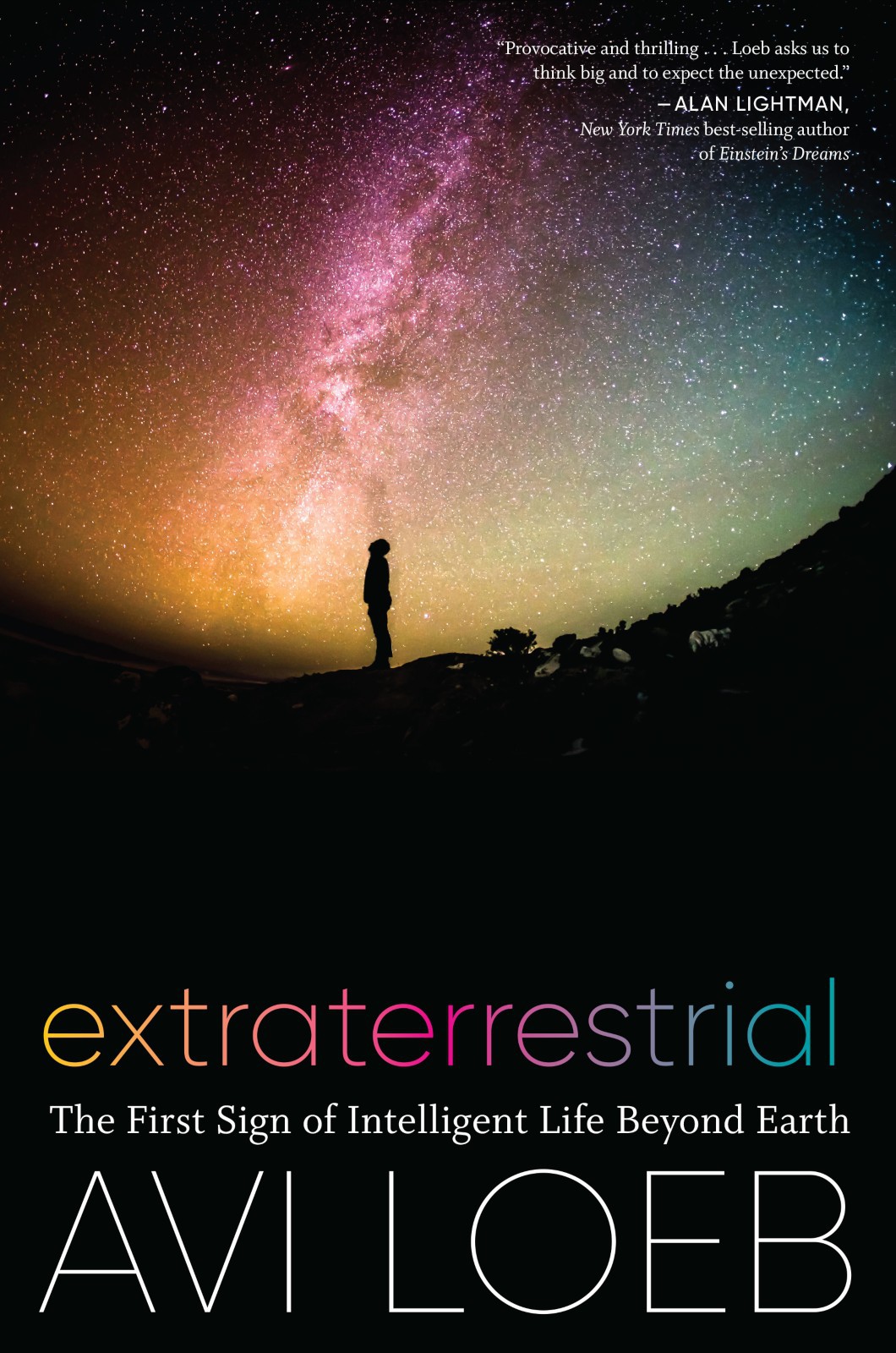 “The starting point of a trajectory is extremely important because a small deflection at the beginning can change everything afterwards,” Loeb tells ISRAEL21c.

It was approximately his 270th interview in the two months since his controversial book got everyone talking about outer-space civilizations.

The book was inspired by an 11-day observation of an oddly shaped football-field-sized object seen hurtling through space from an observatory in Hawaii in October 2017.

While most astronomers theorized that ‘Oumuamua (Hawaiian for “scout”) was a peculiar comet passing through our solar system, its deviated trajectory led Loeb to a radical hypothesis putting him at odds with most of the scientific establishment.

His hypothesis: ‘Oumuamua was a light sail designed, built and launched by intelligent extraterrestrial beings.

Though space aliens – smart ones, at that – strike many as a cuckoo idea, the concept makes perfect sense to this 59-year-old Harvard professor chosen as one of the 25 most influential people in space by TIME magazine in 2012.

“It would be arrogant to think we are alone,” he says.

“Overall, about a quarter of our galaxy’s two hundred billion stars are orbited by planets that are habitable in the way Earth is, with surface conditions that allow liquid water and the chemistry of life as we know it.” 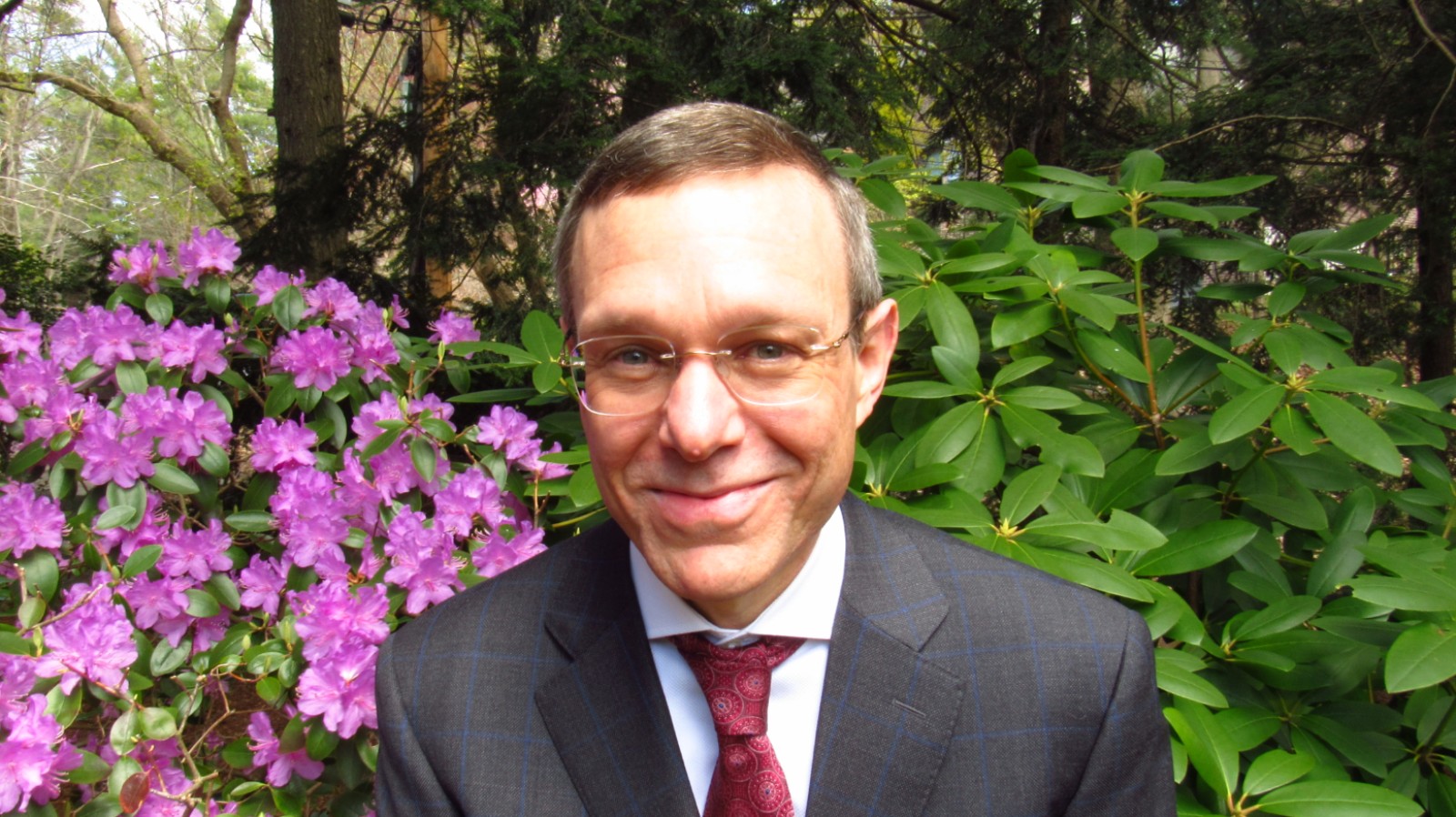 Starting point to the stars 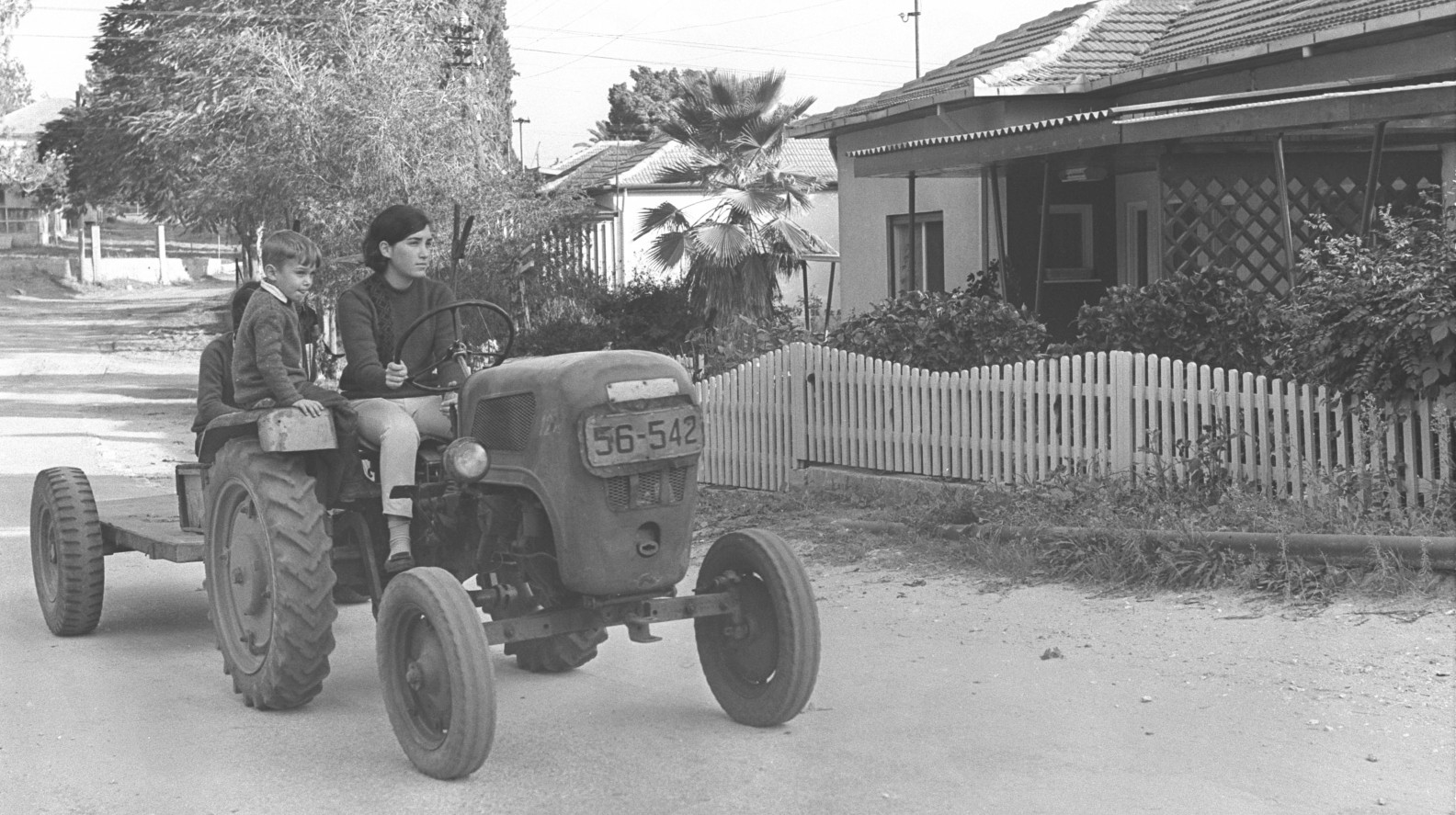 Shoshana Loeb and her brother Avi, 5, on a tractor on Beit Hanan in 1966. Photo courtesy of Israel National Library

His passions for nature and philosophy veered into scientific exploration of the universe only because the Israel Defense Forces set him off in a different direction.

Having shown an exceptional aptitude for physics during high school, Loeb was selected for Talpiot, a multi-year IDF program in which a few select recruits earn university degrees, undergo intense military training and work in defense-related research.

“I wasn’t a typical nerd interested in mathematics and physics from youth, like most others in Talpiot,” he says. “I ended up in this program because it was the best choice I had. I was different and that made me do my own thing.”

After three years of training and academics, he presented his commanders with an outside-the-box research proposal: Instead of working on an industrial or military project with immediate practical applications, he wanted to work in the Soreq Nuclear Research Center while pursuing his PhD.

“It wasn’t really allowed because Soreq is a civil, not military, research center. But because I’d excelled in training, my commanders let me do this for three months and ultimately allowed me to continue there for the remaining five years of my service, from 1983 to 1988.”

Loeb’s project at Soreq was the first international effort to receive funding from the United States’ “Star Wars” Strategic Defense Initiative. That led him to Washington, which led him to Princeton University, which led him to start teaching astrophysics at Harvard in 1993.

“If I weren’t admitted to Talpiot, or if Talpiot hadn’t allowed me to be at Soreq, I wouldn’t have gone to Princeton and gotten to Harvard and do the work I do now,” he reflects.

“Nothing I have now would have come to fruition. It’s just like that asteroid that killed the dinosaurs. If it were deflected a little bit, everything would have been different.”

Who else is on the stage with us?

Extraterrestrial, Loeb’s eighth book, is already translated into multiple languages. Loeb is making endless media appearances and negotiating contracts for a feature film and a documentary based on the book everyone is discussing.

“I hope it will convince a kid somewhere to go into science,” he says, relating that a young woman in Malawi recently wrote to say she is thinking of becoming an astronomer after reading Extraterrestrial. “So I’m already satisfied,” he says. 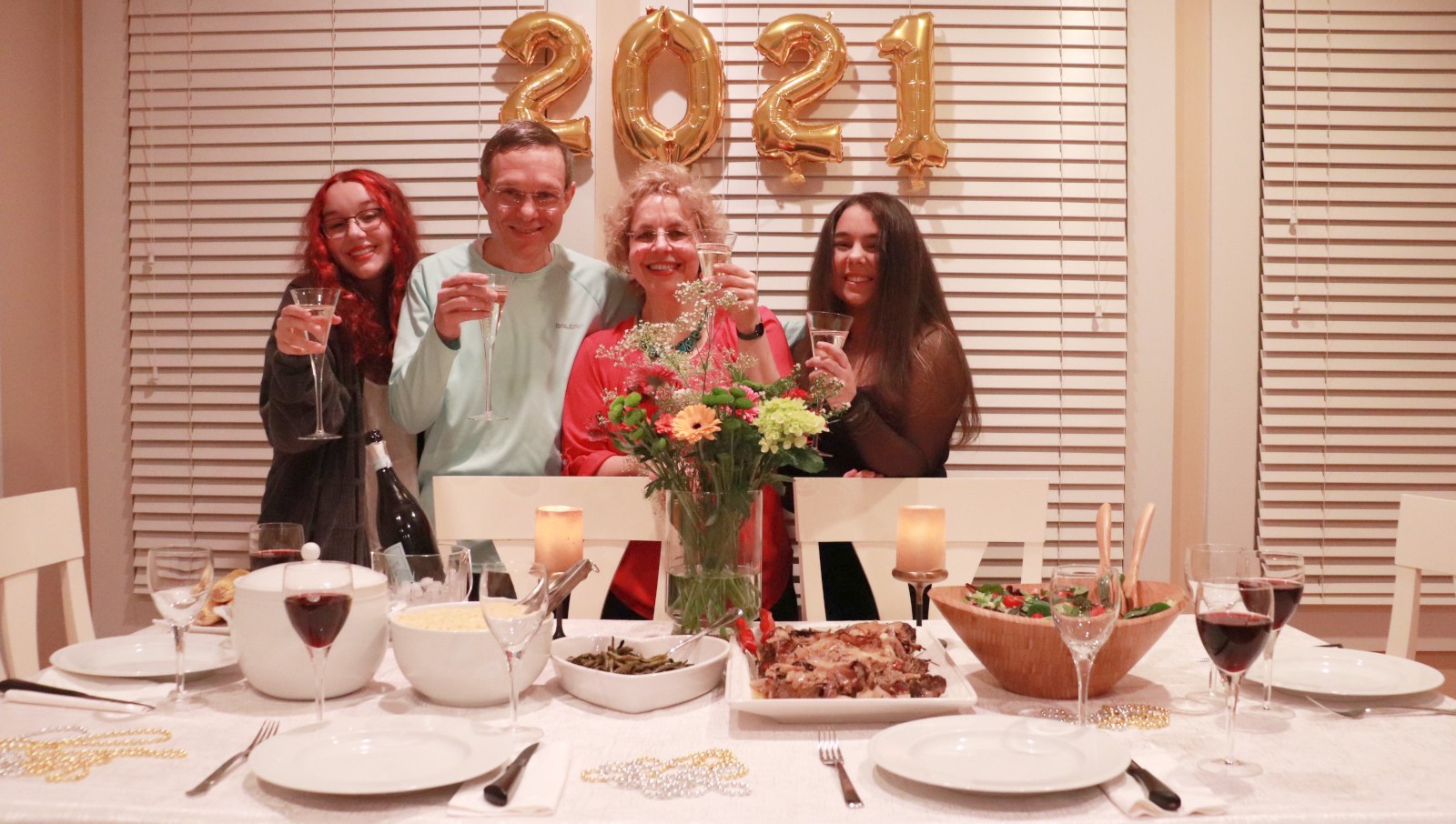 Prof. Avi Loeb with his wife and daughters. “I’m blessed to always have been surrounded by very smart women,” he says. Photo courtesy of Avi Loeb

But he’d also like to shake the scientific community out of its comfort zone and touch off a new astronomy discipline he terms “space archaeology.”

In other words, looking for evidence of civilizations past or present from other planets or galaxies, such as the one he believes launched ‘Oumuamua.

“If we dare to wager that ‘Oumuamua was a piece of advanced extraterrestrial technology, we stand only to gain. Whether it prompts us to methodically search the universe for signs of life or to undertake more ambitious technological projects, placing an optimistic bet could have a transformative effect on our civilization,” he writes.

Speaking of ambitious technological projects, Loeb took pride in Israel’s SpaceIL initiative to land an unmanned craft on the Moon.

“Entering the club of space explorers is impressive for such a small nation with few resources,” he says.

“I was contacted afterward by those in charge for my advice and connections,” Loeb says.“I think Beresheet 2 will be successful after learning lessons from the first attempt.” 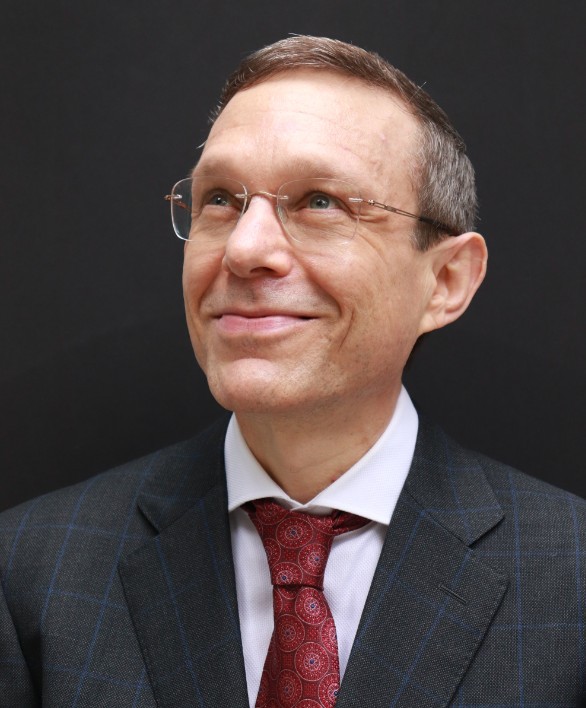 In addition to many other prestigious appointments, Loeb is a member of the advisory board for the “Einstein: Visualize the Impossible” interactive exhibition launched by his alma mater, the Hebrew University of Jerusalem.

He writes that he is proud to maintain a “childlike” approach in his teaching and research. “In my experience, children follow their inner compasses more honestly and with fewer pretensions than many adults do.”

In an unexpected way, following his inner compass landed him where he is today.

“I ended up in an ‘arranged marriage’ to astrophysics. I later realized it is my true love because it addresses the philosophical questions that I was interested in at a young age and gives us a scientific method to address them. These are aspects of my childhood that shape me to this day.”

Loeb tells ISRAEL21c that humans come into the world like actors on a stage without a script.

“We must understand who else is on the stage with us. It may one day come to haunt us if we don’t. Even now, with the pandemic, we discovered that something that happens in Wuhan ends up at our doorstep. You always have to worry about the big picture. That’s what my science is about.”