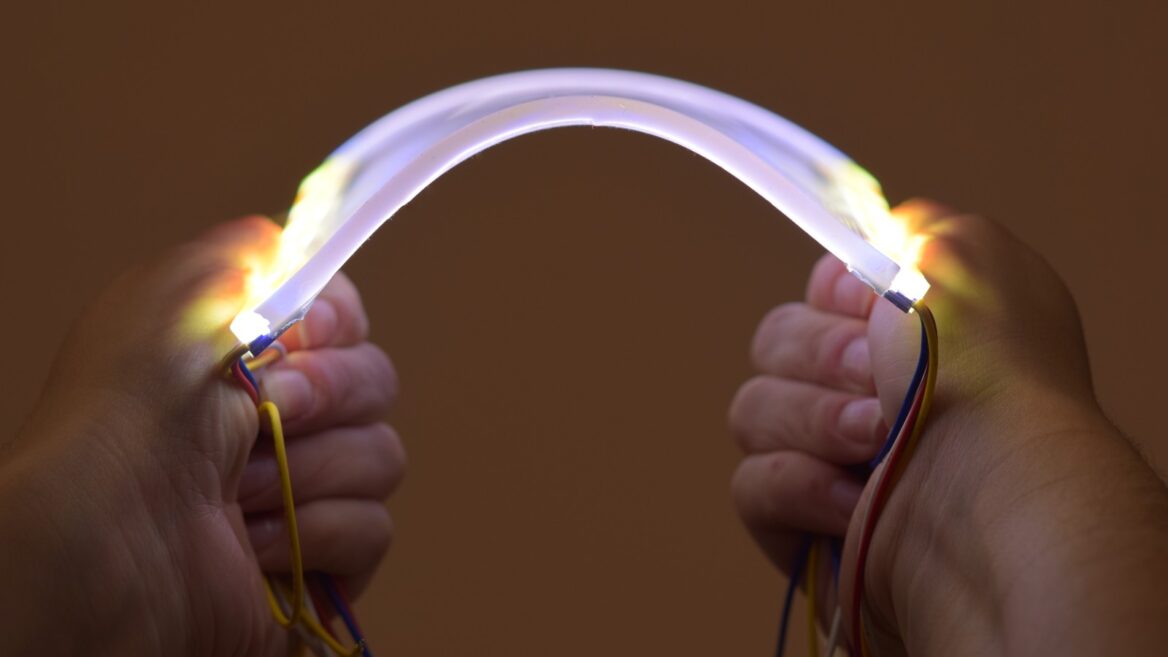 When Groupe Renault hosted a global hackathon to scout out disinfection solutions for automobiles, the Israel regional winner was the lighting company Juganu.

Juganu (Hindi for “firefly”) is in discussions with Groupe Renault about how its J.Protect LED lighting fixtures could inactivate pathogens, including SARS-CoV-2, in car cabins.

This is a perfect example of a company whose technology unexpectedly took a new market direction due to the Covid-19 pandemic. 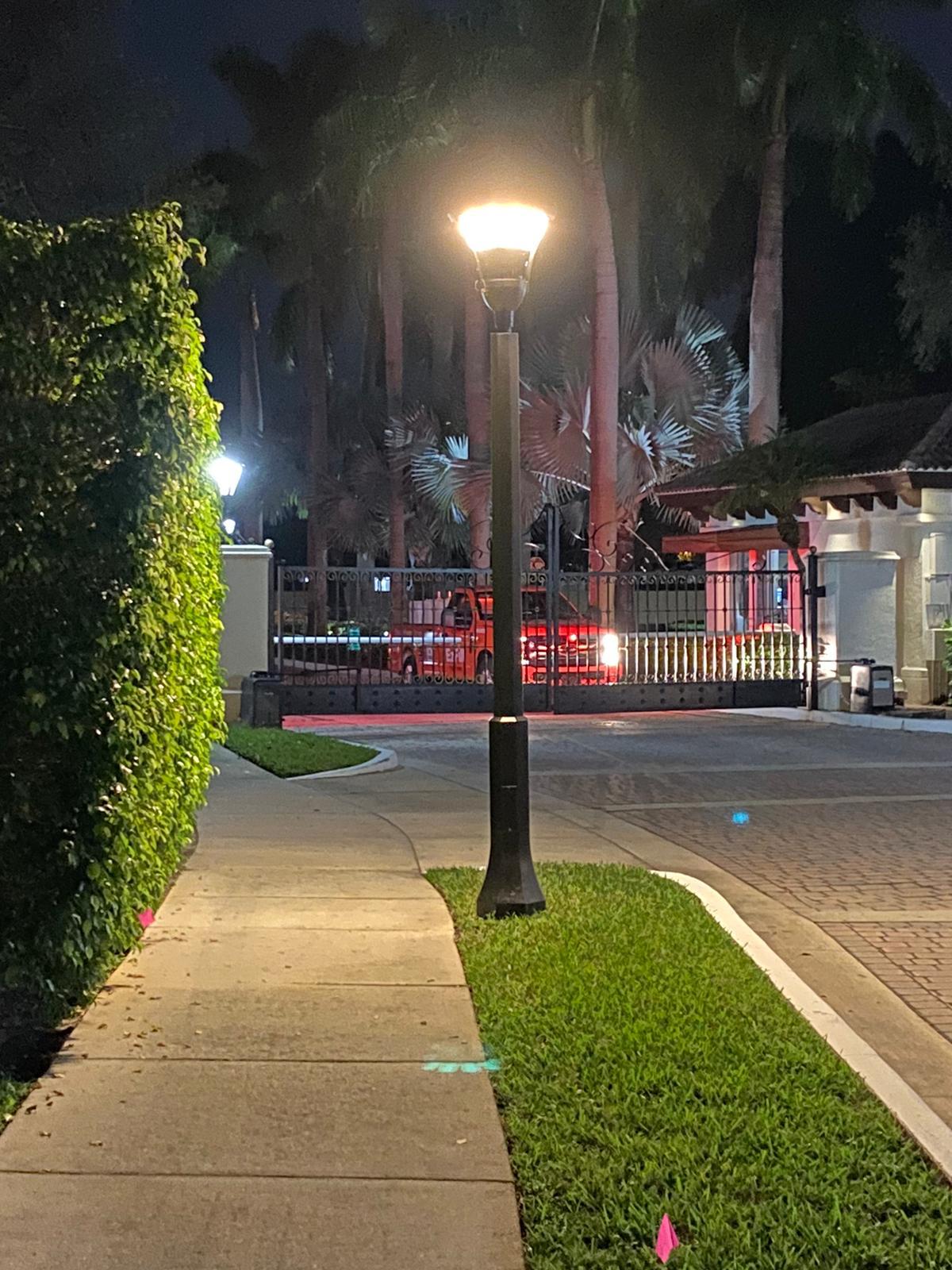 Juganu began with a novel streetlight system that doubles as a public Wi-Fi network.

“We created a totally new LED light and a platform on which data of all types can be transferred between the lights,” Chief Marketing Officer Eyal Lewin tells ISRAEL21c.

“Most neighborhoods have streetlights every 20 or 30 meters, giving us the opportunity to create a wireless platform on top of those light poles, not as an antenna but actually in the lights.”

Founded in 2011, Juganu has installed its connected streetlights in about 20 cities in Israel, Europe and the Americas, including Kalamata in Greece, Villa Nueva in Guatemala and the bridge between Brazil and Paraguay.

Or Yehuda, where the company is headquartered, also has Juganu streetlights – which is only fitting, as the name of the city translates to “Light of Judah.”

Where does disinfection come into the picture?

Here the special twist is blending wavelengths to mimic the gradations of sunlight from dawn to dusk in one smart flexible fixture controlled by a mobile app.

“We blended not only the seen light but also invisible light such as UV,” says Lewin.

Tests in commercial labs and at Bar-Ilan and Technion universities in Israel showed 90-99.9 percent pathogen-neutralizing effectiveness of UV rays in Juganu fixtures.

UVA, the safest part of UV, is activated continuously. UVC, which is even more effective against pathogens but hazardous to people, is manually activated by application at times when the space is vacant.

“There are safety measures connected to movement detectors and you set the time that the accelerated mode is active. It can be only a few minutes and after that it stops,” says Lewin.

This is J.Protect. Juganu began development in March, as the Covid-19 pandemic spread worldwide, and launched it in October.

The product can be used in hospitals, hotels, malls, spas, restaurants, schools and airports to suppress both aerosol- and surface-attached pathogens. 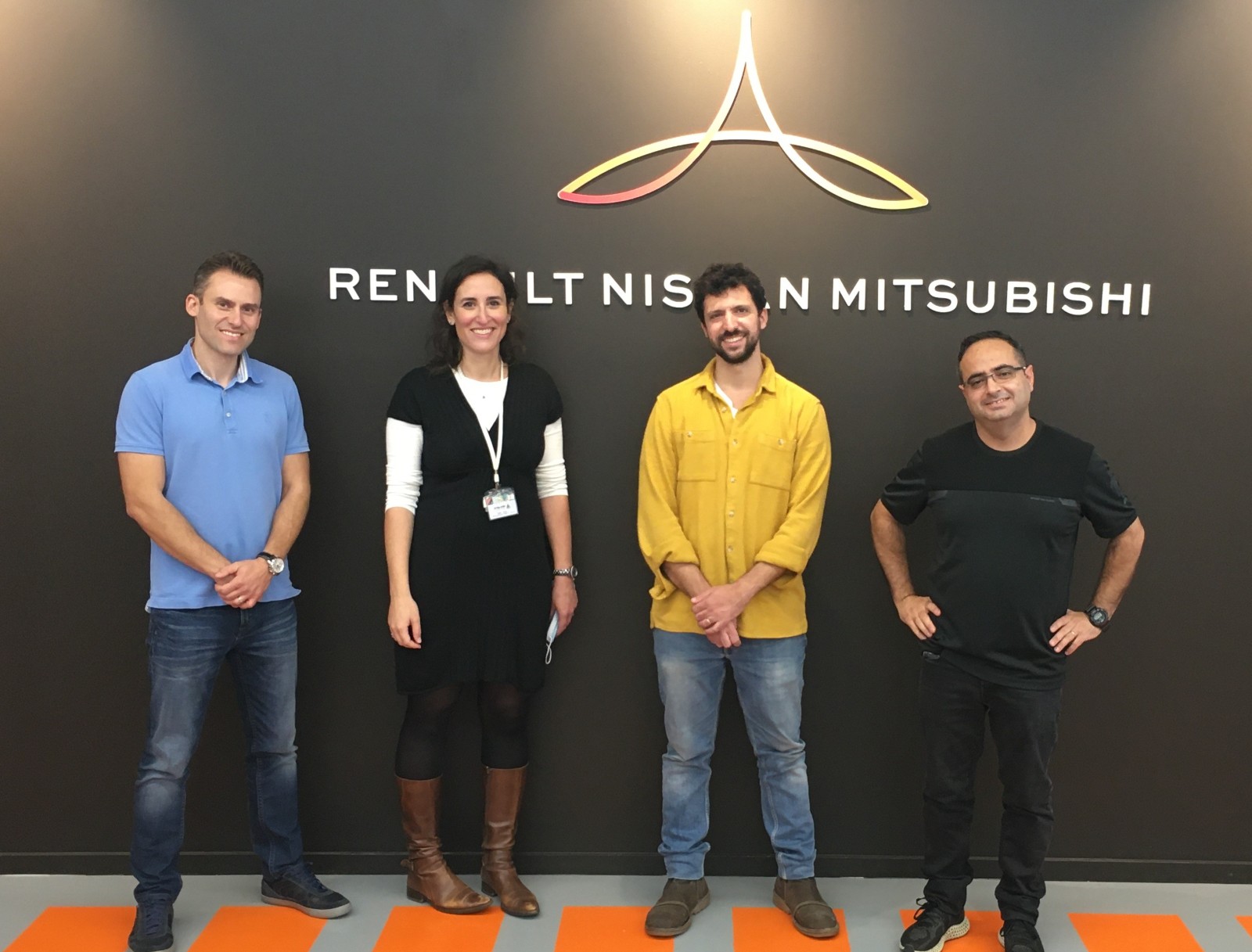 “We’re working with a big hospital in Germany,” says Lewin.

“They like that J.Protect inactivates bacteria and viruses — even antibiotic resistant bacteria — and they like the capability to control the level of light throughout the day.” That’s because standard artificial overhead lighting can be harmful to patients and staff by disrupting their circadian rhythm.

“As with most businesses around the country, we’ve felt an immense impact from Covid-19 – especially as a personal service provider,” said Glo owner Emily Saker.

“We were thrilled with J.Protect’s ability to continually disinfect our space while providing healthier light. We’re excited to give staff and guests a level of comfort in knowing they’re protected when they walk through our doors.” 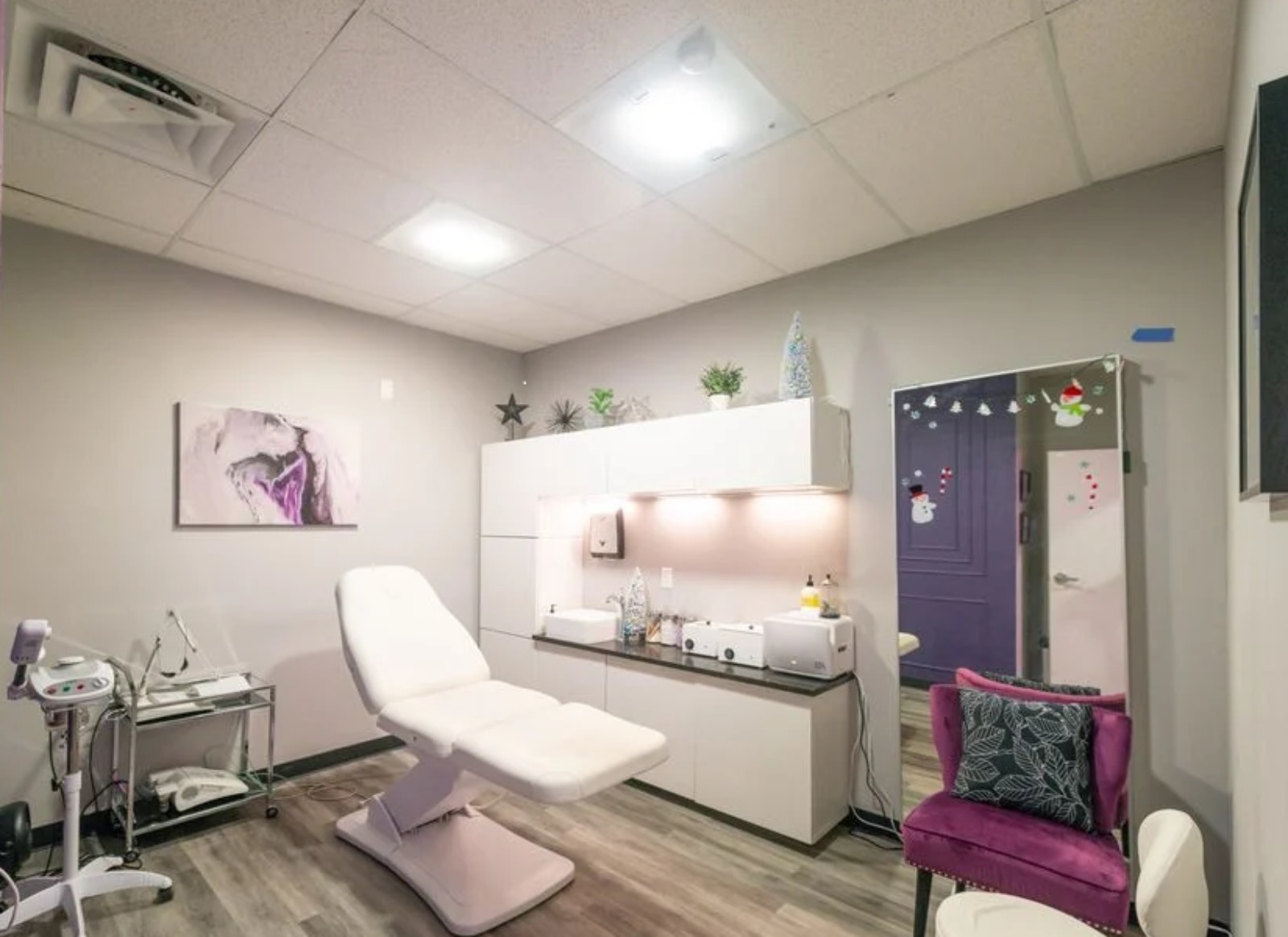 In the car and the farm

Pretty soon, automotive companies began approaching Juganu. That led to its success in the Renault hackathon.

“This is a new initiative within our company, but it’s still a connected wireless light. And it really fits the car cabin because it’s very thin, just 5 millimeters,” Lewin says.

“You can put it anywhere in the car and make warm or bright light and at the same time offer continuous protection against pathogens.”

This is of particular interest for car-sharing concerns. “You can clean the air and surfaces with different methods, but our method is embedded and has accelerated capabilities,” Lewin points out.

Juganu lighting is also being used for indoor cultivation of plants ranging from leafy greens in New Jersey-based AeroFarms to medical cannabis at Intelicanna in Israel and the Israeli government’s Volcani Center-Agricultural Research Organization.

The company was cofounded by former classical violinist Eran Ben-Shmuel, who later became a Technion-educated expert in solid-state electronics and high-speed control systems. 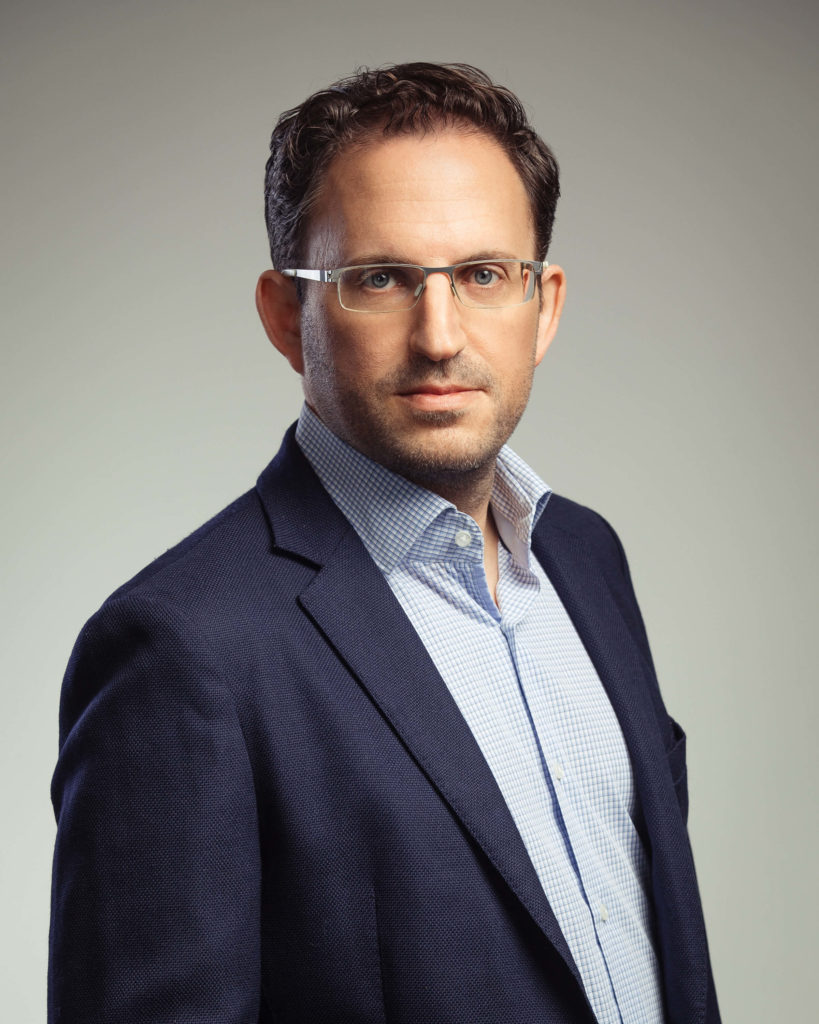 Juganu holds 43 patents and is backed by investors including Viola Growth, Comcast, Amdocs and OurCrowd. Most of its 80 employees work in Israel, with others in rapidly growing offices in Brazil, Mexico and the United States.

“Our society will continue to be vulnerable to pandemics,” said Ben-Shmuel. “While Covid-19 is certainly an inflection point and global focus right now, we believe our J.Protect technology will be relevant long after this pandemic ends.”