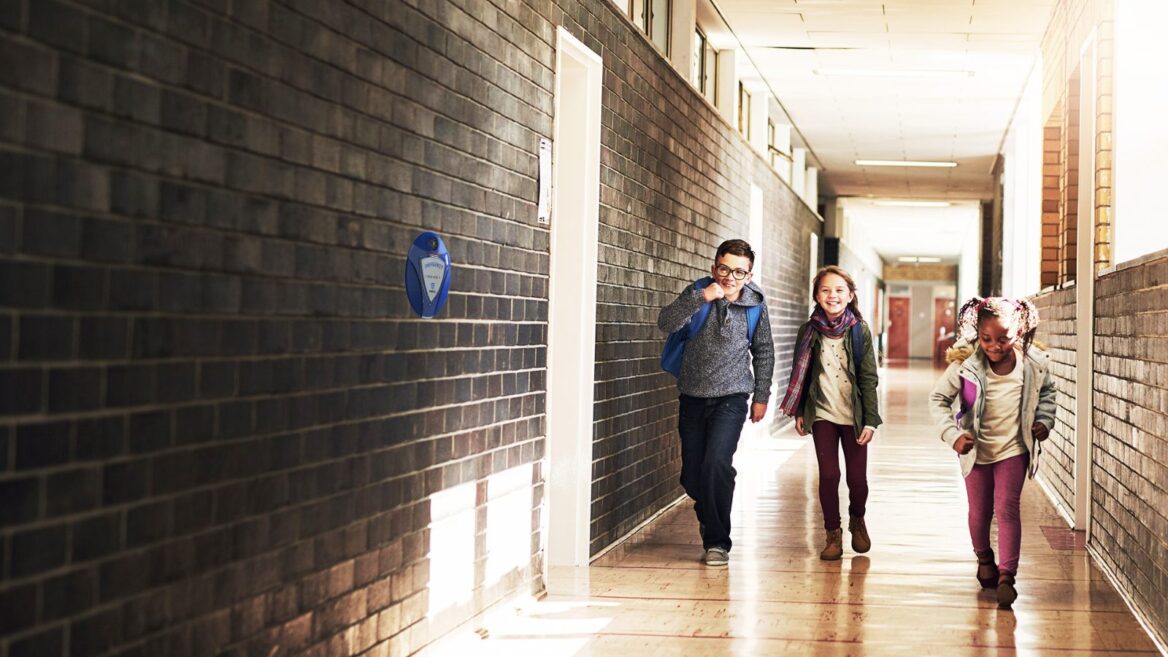 The terror attack at the Sarona Market in Tel Aviv in June 2016 was followed only a few days later by the deadly shooting at the Pulse nightclub in Orlando, Florida. The sequence of events got Yoni Sherizen thinking about the vulnerability of soft targets.

“These two incidents got me looking at a question of unfortunately not if, but when, they would happen again,” he says.

Originally from the US, Sherizen moved to Israel from the UK in 2009. When the two attacks took place, he was transitioning from the field of education and welfare into the tech world and was looking for opportunities that would not only deliver a profit but also add value.

Such an opportunity arose as he and his partners developed Gabriel, an emergency-response system that can be installed in schools, places of worship, workplaces and elsewhere to help save lives in cases of shootings and other attacks. 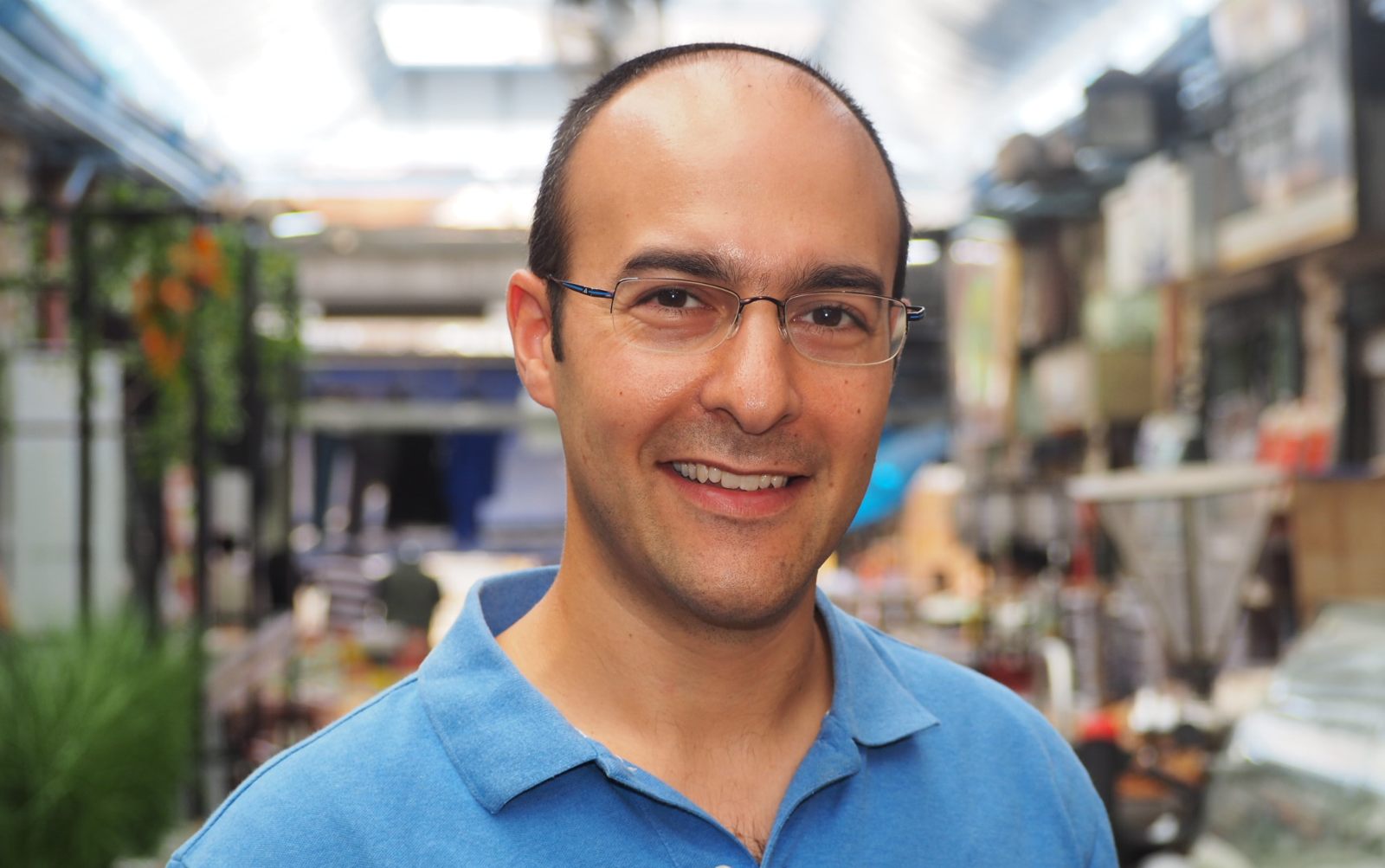 Yoni Sherizen, the CEO and co-founder of Gabriel. Photo: courtesy

“The solution has three components,” he explains. “No. 1, we have a physical device that we stick inside the buildings. It looks like a cousin of the fire alarm – a round, blue bell to press in case of emergency.

“It looks to the average person like a smart panic button but it’s actually more than that,” he says, explaining that the button enables two-way communication and can sense its environment.

“Those first few seconds and first few minutes are really the difference between life and death for many people,” he says. “We’re all about stopping that chaos from occurring.” 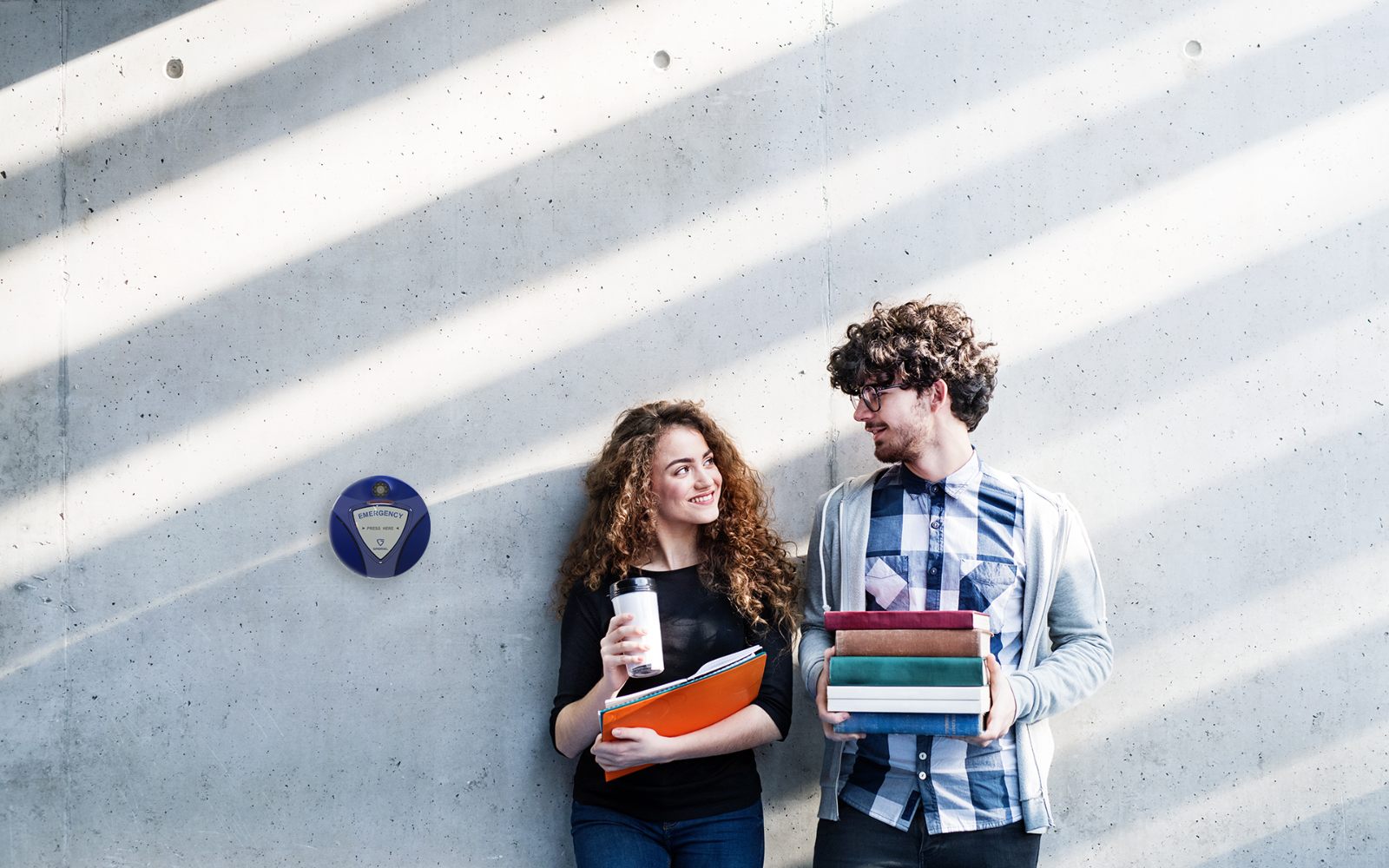 The blue button can sense its environment and enable two-way communication. Photo: courtesy

Recently, Gabriel added a gunshot detection feature, which sets off an alert even before someone presses a button. The sensors pinpoint the location of the shooting, enabling first responders to go directly to the scene.

“We’re very quickly able to get situation awareness and take control of the situation,” Sherizen notes.

“No. 2, we leverage all the smartphones as critical tools both to report and get information out to people and have real-time two-way communication,” he says. “No. 3 is a very simple, easy-to-use dashboard.”

This dashboard, Sherizen adds, allows those at the site and first responders to take charge of the situation and share it in realtime with emergency personnel so that everyone has the same information for decision-making.

“Most people think that once you’ve alerted police, once that call for help has gone out, you’re okay,” he notes. “It takes several minutes for the response to even arrive at the front door. Those tools give the onsite team the ability to very quickly take control of the situation.” 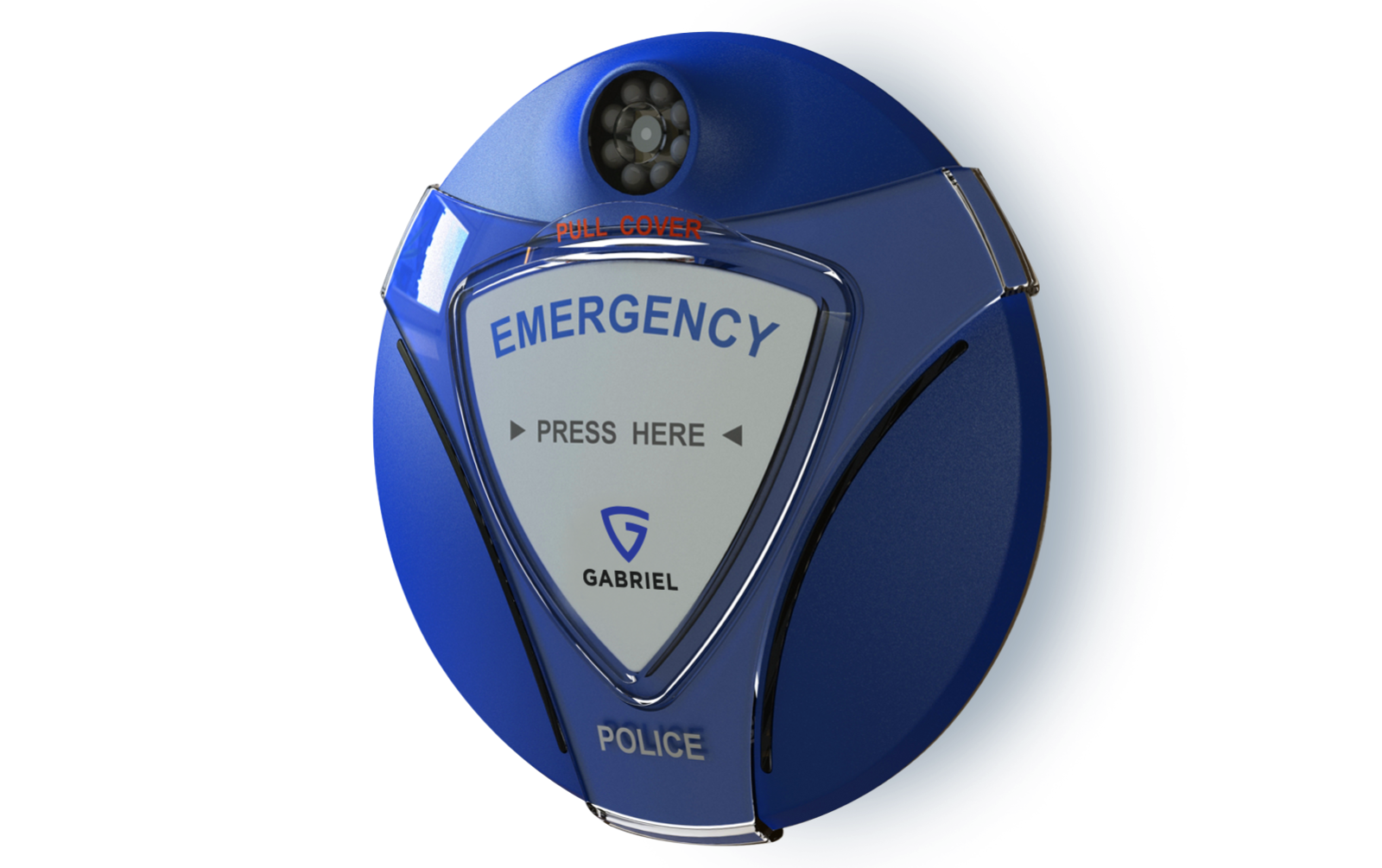 Sherizen’s vision for Gabriel is that it be installed alongside fire alarm buildings across the world. Photo: courtesy

While developing Gabriel, Sherizen and his team tried to find a device already in the market that they could use as part of their system. They found nothing.

“We researched endless interviews with people, everyone from survivors of attacks to schoolteachers and principals to security experts to police officers, federal agents, special forces across multiple countries,” he says. “We spoke to as many people as we could, and we continue to speak to as many people as possible.”

Gabriel has so far been deployed by some Jewish community institutions in the States, but Sherizen has more global plans for the unique technology.

“We chose the name Gabriel because it’s a concept that crosses all religions, cultures, languages – the idea of a protective angel that’s there waiting to protect you,” he notes.

“We started with the Jewish community because they had a very real and immediate need and they understood the need for the product,” he says. “We’re already expanding beyond that. We’re in talks with corporations for workplace violence and potential threats that arise in a corporate environment.”

Wherever the device may be installed, Sherizen notes the importance of preparing for any kind of attack.

“I would say one thing is the importance of being prepared, of running drills and creating muscle memory,” he notes. “We’ve built the system in order for people to become educated and drill and practice.”

“We’ve created a system that intentionally creates best practices and helps people become prepared without the trauma,” he says.

“You never really know who you are and how you are going to respond until you are under that pressure,” he explains. “We also need to take into account the fact that there are people who are just going to be freaked out.”

“We see this as a global issue,” he concludes. “Every building that has a fire alarm today needs a Gabriel device and that’s the vision we have here today.”