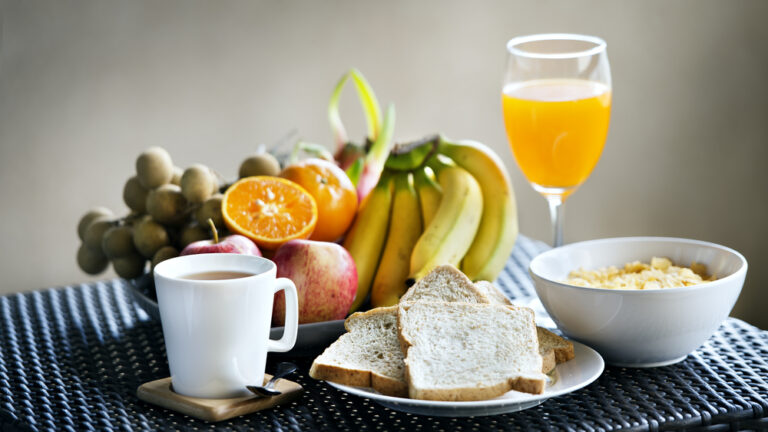 Can diabetics throw away their insulin pumps simply by changing their diets?

Perhaps counter intuitively, eating a big breakfast of starches and sugars can help diabetics replace the need to inject insulin, while at the same time reducing the weight gain associated with diabetes and improving overall cardiovascular health.

Type 2 diabetics must inject themselves with insulin, a hormone that regulates the movement of sugar into liver, muscle and fat cells, up to four times a day. The injections keep patients alive but trigger a vicious cycle where increasingly higher doses are required.

In addition to insulin injections, diabetics generally follow a diet nicknamed “6M” –six small meals spread throughout the day, including a bedtime snack to prevent a drop in sugar levels during the night.

The new diet protocol is dubbed 3M and calls for just three meals a day, starting with bread, fruit and sweets in the early hours of the morning, a substantial lunch and a small dinner (specifically lacking any starches, sweets and fruits).

The 3M diet seems to be better matched to our circadian rhythm, which is optimized for eating in the morning and fasting during the evening and night, the research shows.

In a study of 29 Type 2 diabetes patients, those on the 3M diet lost weight and experienced substantially improved sugar levels. The 6M diet group did not lose weight or experience any improvement of sugar levels.

“Their need for diabetic medication, especially for insulin doses, dipped substantially. Some were even able to stop using insulin altogether,” said Jakubowicz.

This may be the mechanism that makes the 3M diet successful, “as it enhances insulin secretion and improves sugar delivery into the muscles, creating a balanced daytime and nocturnal glucose metabolism.”

The researchers — also from the Hebrew University, Hadassah Hebrew University Medical Center and the Weizmann Institute of Science in Israel, as well as Lund University in Sweden — will next investigate the role certain proteins play in breakfast foods consumed by diabetics.