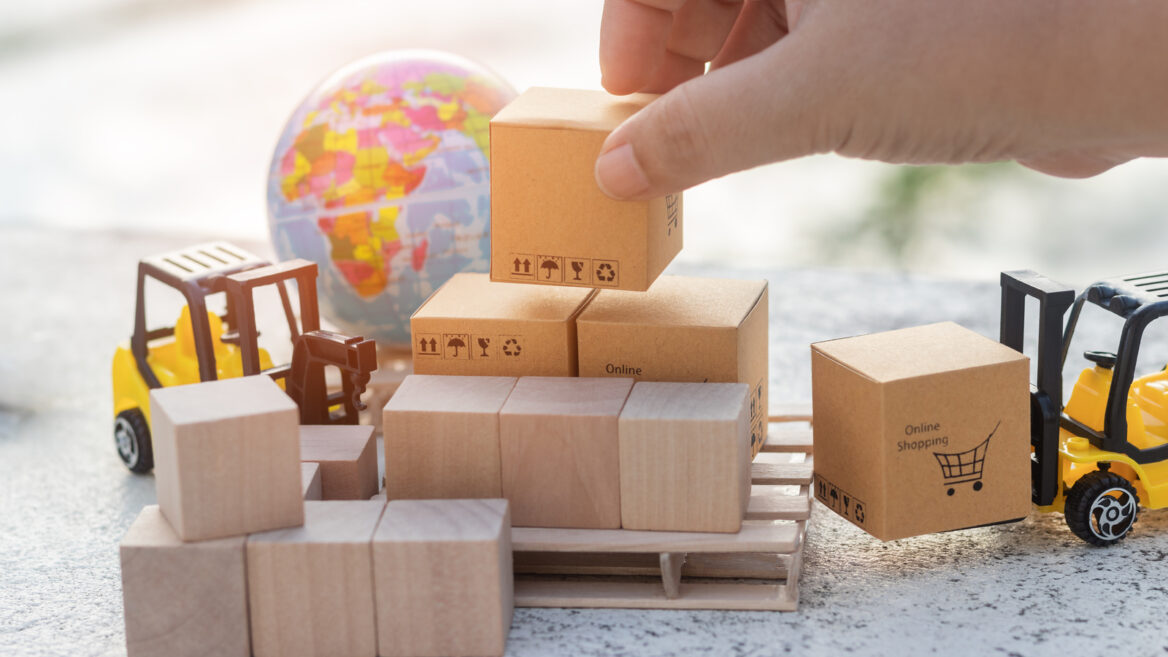 Since its founding in 1948, Israel had no choice but to produce its own packaged foods, many of which became iconic. Israelis grew up on legacy brands such as Bamba peanut puffs and Elite instant coffee.

Now the world is seeing a renaissance in consumer packaged goods (CPG) due to a wave of entrepreneurship, interest in niche brands, and the ability to bypass traditional retail and build an e-commerce brand experience on Wix or Shopify.

With more US-based investors interested in this space, Israel has the talent, legacy, and support from multinational corporates to create the next iconic CPG brand – call it Bamba 2.0 — by parlaying its proven expertise in food, its newfound expertise in brand building, and its access to global brands and platforms.

While Israel’s robust food-tech and retail-tech sectors are the verticals that make more noise, the Startup Nation is strong in digital distribution, good with design, and internationally renowned for its food.

Commenting on the Israeli CPG scene, Gil Horsky, director of innovation at SnackFutures at CPG and snack giant Mondelēz International, says: “The question is, ‘Are you bringing anything new and unique to your category that provides a consumer benefit?’

When it comes to brand building, Israel is an excellent example of a brand that showcases chutzpah, innovation and plucky determinism.

A brief history of brand building

In Israel’s early years, agriculture was the country’s main export and Israel had to produce its own products to feed the waves of newly arrived immigrants.

Companies such as Osem, Tnuva and Elite created many of the CPG products that became staples of the Israeli kitchen and were exported to great fanfare. Memorable products such as Bamba, Bisli and chocolate milk in a bag (what an invention!) all became part of the national identity.

Today, one of the most well-known brands sitting in people’s kitchens across the world is SodaStream. The Israeli company’s $3.1 billion acquisition by PepsiCo showed that local CPG brands can reach the highs of the biggest tech exits.

But SodaStream’s importance was also in category-creating. It popularized healthy, low-sugar, carbonated beverages and built a lasting brand.

Israeli entrepreneurs and investors have traditionally focused on B2B. Marketing, branding and the less tachles (tangible) aspects of growing a business were always thought to be in the realm of American marketers. That started to change with the success of technology B2C brands such as Waze and Wix (which, like SodaStream, advertised on the Super Bowl).

Daniel Cohen, an active CPG investor at Viola Ventures, believes Israeli entrepreneurs can parlay a natural advantage in this space.

“The future of CPG brands is all digital-based,” he says.“This means that the quality of the distribution/marketing is not based on retail relationships but on strong and innovative online marketing. This is exactly where Israeli entrepreneurs excel. The experience that was built in companies like 888 in gaming, Wix and SodaStream is a great foundation for the new generation of CPG/DTC [direct to consumer] companies.”

There is an Israeli equivalent of the “PayPal Mafia,” the alumni who worked at the Silicon Valley trailblazer and created companies such as Tesla, LinkedIn, Palantir and YouTube. Today a“Waze and Wix Mafia” who grew up in those brand-focused companies are building Israeli companies putting brand awareness first.

Silicon Valley influences many aspects of our globalized modern culture, so it makes sense that the Israeli B2C technology pioneers of brand-building would influence the CPG space.

Leveling up from the Dead Sea

One of those alumni, an individual whose time at Wix taught him about building a global brand, is men’s grooming startup Maapilim cofounder and CEO Jonathan Keren.

CPG as a global $635 billion market encompasses so much of what we consume daily, and that includes cosmetics, an industry that has fared well during Covid. If there is one category of products everyone familiar with Israel knows about, it is Dead Sea cosmetics, either from their visit to the country or from the local kiosk in every shopping mall.

A lot has changed in the cosmetics industry in the last few years, including the explosion of men’s personal care and health products led by Silicon Valley upstarts such as Hims and Roman Health.

If Dead Sea products were the first generation of Israeli cosmetics and the popular Sabon chain the next iteration, then gender-neutral brands such as Maapilim are today’s brand for the TikTok generation.

Maapilim’s brand is about slowing down and taking time for self-care. They have incorporated modern concepts such as a pop-up store in New York and a subscription box into their business model. Brands such as Maapilim could gain even more traction among young socially conscious consumers who may not feel current brands are doing enough to understand their hyper-personalized needs.

“We launched Maapilim because we were both looking for ways to slow down. I became obsessed with essential oils and aromatherapy, while [cofounder] Doron [Baduach] focused on art. We also recognized that for us, as consumers there was something missing from the market. We couldn’t find anything that was high quality, for men, from a gender-neutral approach, that offered the full range of products that we were looking for,” Keren states.

The influence of Israel’s tech ecosystem played an important part in launching their brand. Keren reflects that “Coming from Wix, we learned so much about online marketing and running a B2C company in Israel. Also, seeing B2C companies based in Israel becoming more successful gave us a lot of confidence that it is possible. Companies like Lightricks, Wix, Joytunes, SodaStream made it seem more realistic.”

Like all trends being developed in the Israeli tech ecosystem, there is strong international support, with Fortune 500 companies such as Coca-Cola, P&G, Nestlé and Mondelēz maintaining an active presence in Israel.

Considering recent international interest in the food-tech space as the local CPG ecosystem grows, we will most likely see more brands interested in Israel as a CPG destination.

But for CPG to succeed it needs a robust ecosystem backed by strong international brands. “Mondelēz’s activities include parlaying Israel as an innovation hub and partnering with local food-tech accelerators and VCs such as The Kitchen as well as local startups in order to take advantage of the strength of local entrepreneurial and technical talent to help us solve different open challenges we have in R&D, supply chain, consumer research and e-commerce,” stresses Horsky.

An investment ecosystem is important as fuel for budding startups. Daniel Eblagon, an active investor, CPG evangelist and founder of The B2Cs, the first Israeli B2C investors club, produced a comprehensive round-up of Israel B2C brands including digital products as well as CPGs.

Alongside Eblagon’s work in the ecosystem, Cohen states: “I think that Israelis have a long-standing fear from consumer products. It is a cycle that requires investors and entrepreneurs. If more companies will be backed [by investors] and more entrepreneurs will take their chance on the space, we will see in the future success stories that will inspire future generations.”

Learning from other communities that have built successful CPG ecosystems is important in modeling success.

Austin, Texas is America’s CPG center for emerging brands. Kirstin Ross, managing director of SKU, the consumer products accelerator center in Austin, believes Israel would naturally be a CPG center because of the country’s history of Dead Sea products.

“You find people who are dedicated CPG experts willing to share their knowledge, investors wanting to see more sophisticated companies in their deal flow, and the entrepreneurs who need this insight,” Ross says.“It is the ‘pay it forward’ from mentors and investors with a joint cause that creates the friendship and network to support a robust ecosystem.”

Buying habits during a pandemic

As a result of Covid, consumer habits have shifted to purchasing online. During the first months of the pandemic, US Department of Commerce data shows that American consumers spent $146.47 billion online with US retailers, up 14.5% from $127.89 billion for the same period the prior year.

That gives newer brands the ability to market and sell their products across a large subset of the population.

While Amazon only recently launched in Israel, and shipping from Israel does have economic hurdles, opportunities will eventually present themselves.

Online CPG brands in the US that are doing well because of the pandemic can thank online platforms such as Wix and Shopify that allowed them to build a relationship directly with their customers.

We will never go back to retail as it was pre-Covid, and now with a plethora of established online stores, and Amazon not having the near-monopoly it did in the past, there will be a flood of new products and ways to reach an expanding market.

As a result, some Israeli brands have decided to launch their operations directly from the United States such as Seeds of Collaboration tahini and Hummus Joonam, which created a customer experience directly on their own e-commerce websites.

Data and the in-store experience

Over the last few years, Israel has developed a robust retail-tech ecosystem. As this report from the Israeli Economic Mission states,“The consumer packaged goods industry is harnessing IT to create direct relationships with consumers, manage demand-driven supply-chains and accelerate the development of new products, among many other uses. Meanwhile, in the world of online apparel retail, AI is being utilized to increase customer satisfaction and reduce costly returns by tailoring subscription boxes to customers’ style and fit preferences.”

This trend makes sense with Israel’s excellence in AI, IoT, cybersecurity and deep technology. What has been interesting for VCs to invest in and for corporations to explore is how Israeli tech helps the retail experience.

CPG does not fit neatly into this vertical but as this category expands it could find its place. Budding Israeli CPG entrepreneurs and the investors backing them should understand that many US brands are taking a reputational hit because of the social protests in the States. Therein lies the opportunity for emerging CPG brands aligned with Gen Z lifestyle and values and powered by e-commerce to take flight.