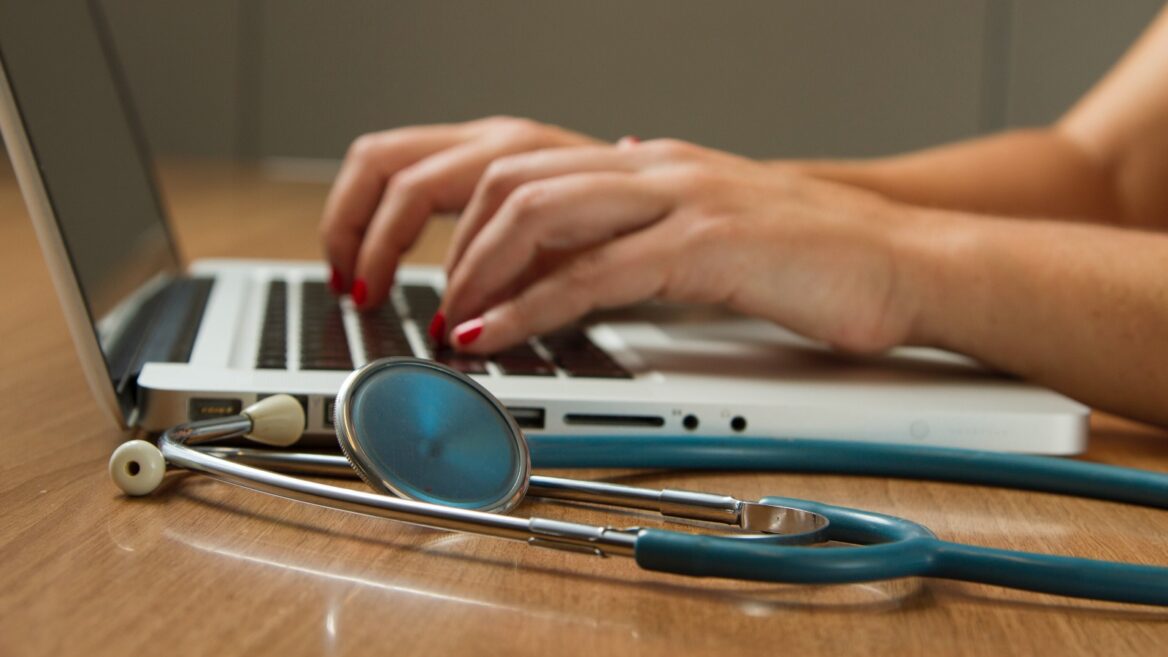 With the rise of telemedicine during the Covid-19 pandemic, it stands to reason that digital diagnostic tools would increase in popularity.

But when I tried the latest such tool – a chatbot from Israeli startup Kahun – I was in for a surprise.

After opening the website, I typed in a symptom I’ve been suffering from: “floaters,” where dislodged pieces of collagen bounce around in the vitreous fluid of the eye, casting annoying shadows on the retina.

The chatbot asked me a long list of relevant questions – “Is it in both eyes or just one?” “Is your vision blurrier at night or during the day?” “Are your eyes dry or excessively teary?” – as well as some questions that were unexpected – “Do you have a rash? Joint pains? A sore back?”

When I reached the end of the comprehensive Q&A, Kahun’s chatbot spit out an answer: “Sjögren’s syndrome,” an autoimmune disorder that can cause all the symptoms to which I answered yes.

The only problem: I know from numerous visits to the ophthalmologist that my floaters are not a result of some syndrome I’d never heard of. They started following complications from cataract surgery.

Feeling confused (and a tad combative), I confronted Kahun CEO Eitan Ron. How could the app have gotten it so wrong? I asked.

Ron was unfazed. He knew exactly where the problem was: Kahun’s chatbot has not been programmed yet to ask about other procedures a patient may have had – like cataract surgery.

“It’s a bug,” Ron admitted. “We should have asked. We need to add that to the flow.”

Another explanation, Ron said, would be that when the chatbot asked a question about joint pain and I responded in the affirmative, it went down that path. “The algorithm is always trying to find the best explanation for the provided clinical presentation,” he told me. 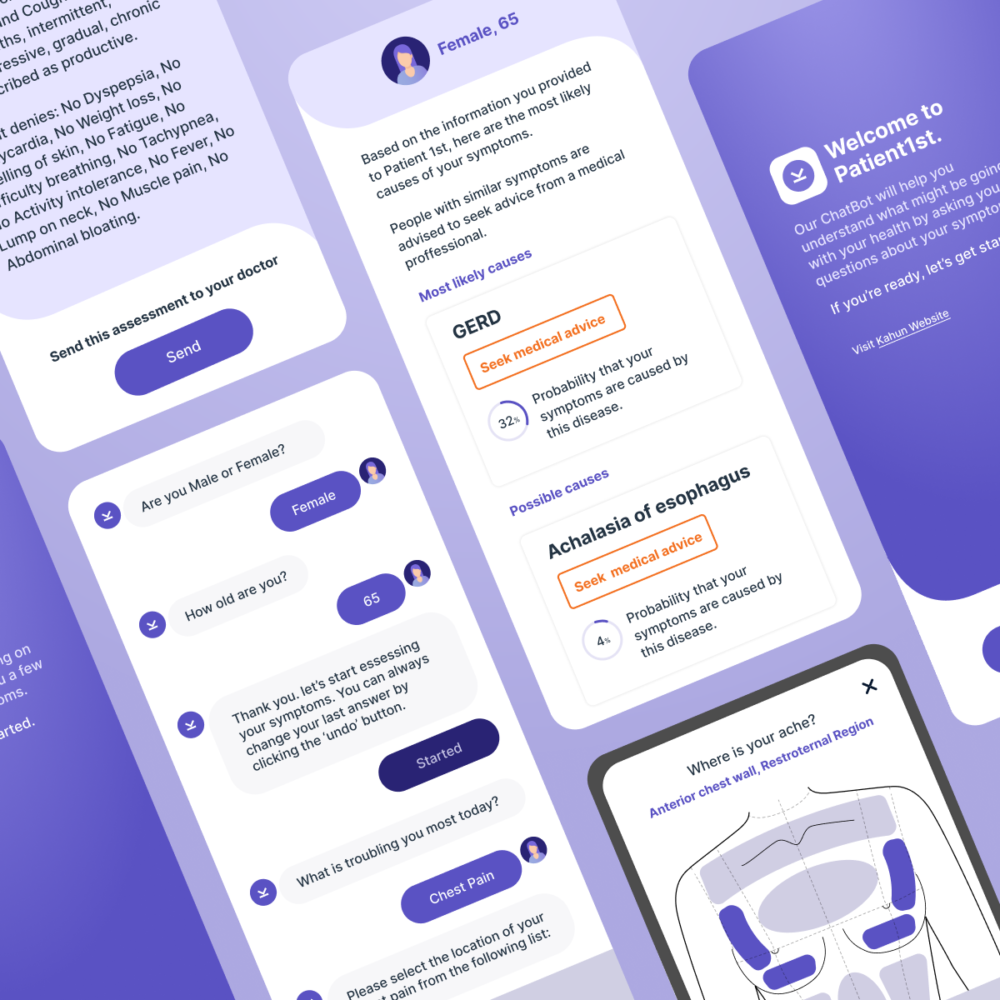 To be fair, I ran a query through a competing chatbot – from the Israeli startup StuffThatWorks – which didn’t “diagnose” me incorrectly, but also didn’t come up with any reasonable treatments.

StuffThatWorks is primarily a community of patients that gets its information from what the patients report themselves.

In contrast, Kahun scours the web for medical information from articles and books written by and for physicians, not patients, then uses artificial intelligence to order the data in a user-friendly way.

“We created the company to describe medical knowledge not as text but in a structured way, as part of what Google calls a ‘knowledge graph,’” Ron explains.

A knowledge graph is comprised of nodes and links that show the relationships between different entities – in this case, between conditions, symptoms, tests and treatments.

Kahun taps into the 30 million articles and books written on medical topics (with more added every day) that are regularly accessed by specialized search engines such as PubMed. Kahun has already mapped in its database some 20 million associations between clinical features.

For use in conjunction with physician

Kahun’s chatbot just launched, so the appellation “beta” is appropriate (and makes me somewhat more forgiving).

The interface is multilingual; I did it in English. There’s a Hebrew version as well, with more languages, including Arabic, to come.

Ron stresses that Kahun’s chatbot is not meant to diagnose, but rather is to be used in conjunction with one’s physician. 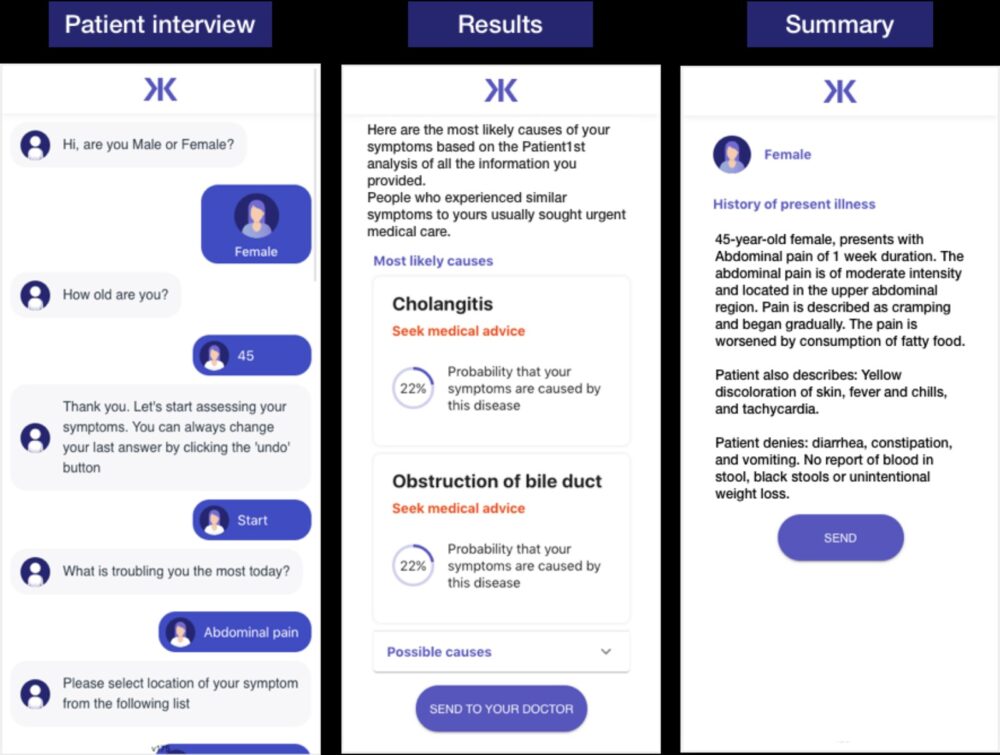 Kahun is meant to be used in conjunction with a physician.

“We view our results as ‘possible or likely causes’ and not as a diagnosis. In most cases, we will show a few options.”

There are two main ways Kahun’s new chatbot might be deployed: Prior to a visit to the doctor, as a pre-appointment diagnostic, and as part of a telemedicine checkup.

Kahun may not be perfect – at least not yet – but it does better than most medical students.

On the “clinical skills” section of American medical licensing exams (USMLE), Kahun’s app answered 85 percent of the questions correctly – far exceeding the minimum passing grade. Ron and his team wrote a paper on the results, available as a pre-print at The Lancet.

Kahun was preparing to launch in early 2020 when Covid-19 hit. The novel coronavirus had already generated some 4,000 medical papers – and this was just at the beginning of the crisis.

Ron decided to pivot the company to focus on just one disease and to provide physicians with a tool to rank symptoms and diagnose Covid. The goal was to help hospitals manage their wards.

“We had the knowledge, and we had the infrastructure,” Ron says. “So, we asked, ‘How can we help?’”

The results from a joint study with Israel’s Rabin Medical Center were published in the American Journal of Emergency Medicine. Out of 18 patients in critical condition, 17 were correctly diagnosed. Out of 127 patients with non-critical illness, 104 were accurately identified.

Kahun “has become my go-to gear to have in a tense hospital shift,” Israeli medical intern Yohai Shraga stated last year. “I can use it to make sure I don’t miss anything or to consult with before turning to a senior physician.”

“Physicians developed their own gut feelings about this disease,” Ron says. “If someone came in and is obese or has hypertension or lung disease, they’d know it’s high risk. They didn’t need our calculator.”

That turned out to be a blessing in disguise, as now Kahun could return to its original mission.

Before the doctor visit

A tool for physicians to use in their offices with patients was the first product to be released. It’s a key part of Kahun’s portfolio. Ron says several thousand physicians and medical students around the world are using it.

The pre-appointment chatbot diagnostic came next.

Running through the chatbot can take up to 10 minutes. That’s time saved in the actual appointment, allowing the doctor to focus on diagnosis rather than intake. The results of a Kahun chat can be copied and pasted as a simple text summary.

The tool is more up to date than many doctors who struggle to follow the deluge of new medical papers.

Moreover, Kahun’s physician interface asks questions and suggests tests the doctor might not have thought about. It’s not just a list of mostly unchanging questions, as is the case for other Israeli diagnostic startups. Kahun’s questions change depending on the answers the patient provides, mimicking a doctor’s thought process. 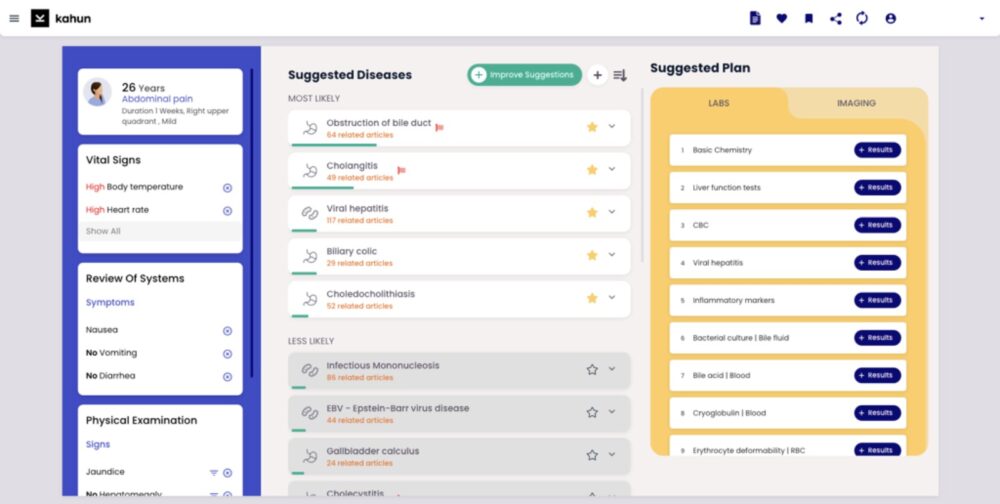 Kahun is transparent about the data it presents: Every recommendation or suggestion includes links to the original articles or papers, so that physicians understand where the information comes from.

That should help counter physician resistance – you know, the doctor who says, “Please don’t Google your symptoms, talk to me instead.”

Ron adds that, compared with doing a web search on what ails you, Kahun’s structured question-and-answer approach “is already better than a Google search. We may uncover an important question the physician might have missed, like asking a patient if he or she suffers from night sweats.”

That said, Kahun isn’t really a consumer application; the chatbot and other tools will be licensed directly to third parties – HMOs, clinics, scheduling services and telemedicine providers like Teladoc – which will pay a fee based on the size of the organization or by the session.

Kahun partners will be able to brand it any way they choose. The website I used to access Kahun’s chatbot to research my floaters is from Kahun partner infomed.co.il. 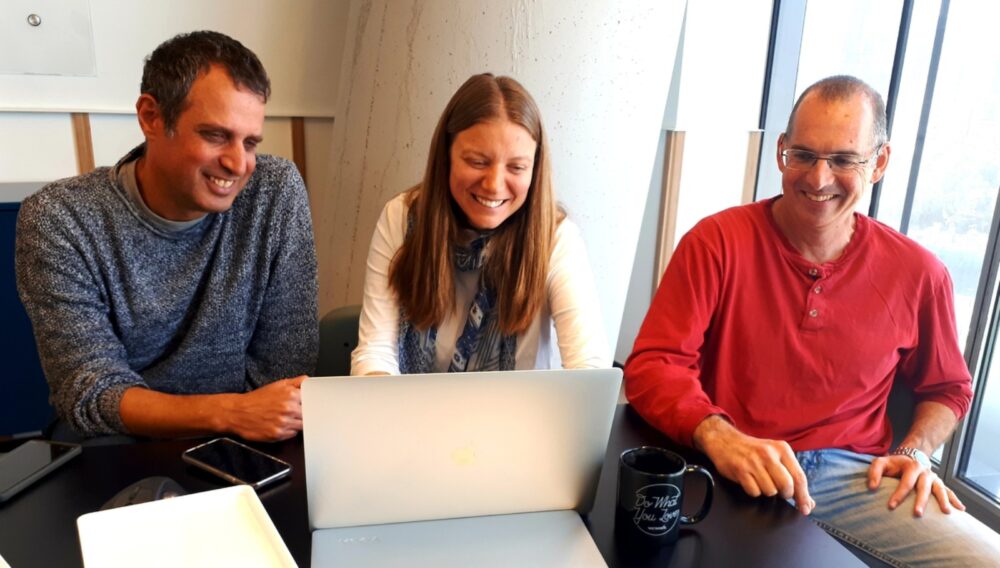 Kahun was founded in 2018 by Ron and Tal Goldberg. The pair previously established the customer service application Human Click, acquired by LivePerson in 2000. Ron and Goldberg, who served as general manager and CTO of Human Click, stayed with LivePerson for seven years – nearly unheard of in the fast-moving tech industry following an acquisition.

A third cofounder, Michal Tzuchman, was a software engineer at Waze before enrolling in med school to retrain as a pediatrician.

The Waze connection is not just through Tzuchman and Goldberg (who also worked at Waze following Human Click).

Former Waze CEO Uri Levine was the first seed investor in Kahun and serves as the company’s chairman of the board. It’s no wonder that Kahun sometimes calls itself “Waze for doctors.”

Kahun has raised $5.5 million including a $2.5 million grant from the European Union’s Horizon 2020 program. A team of 26 works out of the company’s Tel Aviv offices.

The name Kahun has an appropriate backstory: it comes from one of the first-known medical documents in history — the nearly 4,000-year-old “Kahun Medical Papyrus,” found in the Egyptian village of Kahun.

“All medical knowledge in the world today is in text and the only way to make sense out of it is if a doctor or medical staff are reading it,” Levine says.

Kahun proposed a different approach. “What if we could convert that into data and build apps to use it? This is exactly what we do.”

As for me and my floaters, I’ll give Kahun another try in a few weeks. Ron promised to add “cataract surgery” as one of the options to choose from during my next chatbot session. If I still comes up with “Sjögren’s syndrome,” I may very well present that information to my ophthalmologist.

UNCOVER ISRAEL - Get the ISRAEL21c
Weekly Edition free by email
Sign Up Now!
Bring Israel's story to life.
Millions of people around the world rely on us to gain a deeper understanding of Israel. We are the trusted source for original content you won't find anywhere else.
You can make a difference. Donate today to support journalism that brings Israel’s story alive.
SUPPORT ISRAEL21c
Read more on:   Health, Technology, AI, Kahun, Telemedicine, Diagnostics