At just 24, an energetic Jerusalemite is winning prizes for her ambitious company, Swifto, which enables New Yorkers to find helpers in minutes. 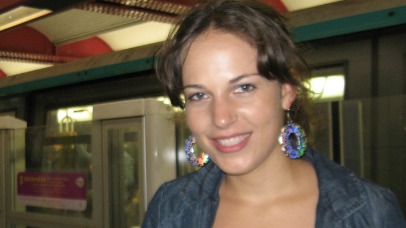 Penina First: “I always knew I wanted to start an innovative company.”

She has degrees in chemistry and biology, and she loves extreme sports.

But 24-year-old Penina First is putting her considerable energies into business. Her startup, Swifto, lets people with urgent requests find local helpers to fulfill them. Never one to be timid, she quickly branched out from Israel and set her sights on New York.

Need someone to shovel your driveway before work? Fix your bike in a hurry? Take your cat to the vet? Find a laptop cable in time for tomorrow’s business meeting? Swifto can help.

First’s unique online marketplace, now in beta testing in the Big Apple, goes beyond the Craig’s List concept to bring you what you need when you need it.

You just log onto the website (or a soon-to-be-released iPhone app) and post a request or offer a service. An algorithm-based program then matches needs with nearby problem-solvers in an average of 12 minutes. Payment is worked out between the parties and made via PayPal once the job is done.

Since founding her company two years ago, First has built up a staff of 13 in her Herzliya offices. She recently returned from Paris, where she was a finalist in the Cartier Women’s Initiative Awards.

Born and raised in Jerusalem by American immigrant parents, First has never let a good opportunity pass her by.

“In my community it was common for kids to start businesses to make pocket money,” she tells ISRAEL21c. “I sold chocolates in school, and I bought a coffee machine and sold coffee to kids in older grades. I always knew I wanted to start an innovative company.” At 16, she started scribbling down product ideas such as talcum powder in spray form.

In 2009, while earning her master’s degree in biotechnology at the Hebrew University, she entered Exit09, a competition for Internet company ideas, and won $100,000 in funding plus free mentorship from pros. 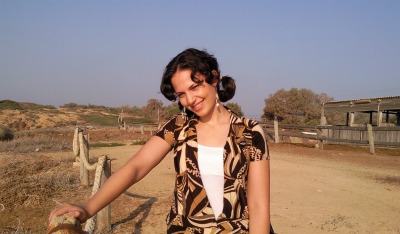 “That’s what gave me the tools to do a business I’d thought about for awhile,” says First, who last November received the Prime Minister’s Award for Young Entrepreneurship.

‘Every day it’s something new’

The original site was called TodayJobs and was focused on finding temporary workers in a hurry. That’s still how the service works in Israel, where it generates thousands of jobs each month for about 20,000 registrants.

After she decided to launch in New York and broaden the service to include anything someone might need fast, the company was rebranded as Swifto. First plans to go live in another few months and bring the broader concept to Israel, too. Profits will come from premium rate SMS notification or a percentage of the overall rate.

First hired an outside software company to do the initial programming but later took it in-house and currently employs six software developers.

“We went through a couple of iterations and will go through more, as we gain an understanding of what the product is and change it according to what people request,” she says. “Every day it’s something new.”

That fast pace explains a lot about why First is an entrepreneur rather than a scientist despite her degrees. “I enjoyed the field of science, but there’s a lot of bureaucracy and things happen slowly in biotech,” she says.

That just wouldn’t do for this energetic thrill-seeker who cites Facebook founder Mark Zuckerberg as her role model.

Extreme sports for an extreme entrepreneur

An award-winning tae kwon do martial artist, First plays tennis and squash, swims, bowls and skydives. She and her husband, who took her last name upon their marriage four years ago, are learning how to surf in the Mediterranean.

“The perfect day for me would be waking up very early and going on a jet ski, then swimming from one end of the Kinneret [Sea of Galilee] to the other, then horseback riding,” she says.

Oh, and she’s learning Spanish. With seven trips to New York in the past year, she’s had ample down time to study.

“I don’t know if I’ll stay in Israel long term, but I will always be in Israel at least part of the time,” First says. “I feel at home here, and people are more open and honest, less formal. I think the talent here is much better; people are very dedicated to getting things done. But it’s hard not to be close to the market. When I’m in New York, I learn more about how people think.”

She hopes that in five years’ time Swifto will grow into a major market force employing hundreds of people. “I need to keep [evaluating] what’s going well and what’s not,” First says. “Sometimes you see crazy companies do random stuff and any fool can see it’s not a good idea, but they’re not honest with themselves. I try to keep my eyes open at all times.”