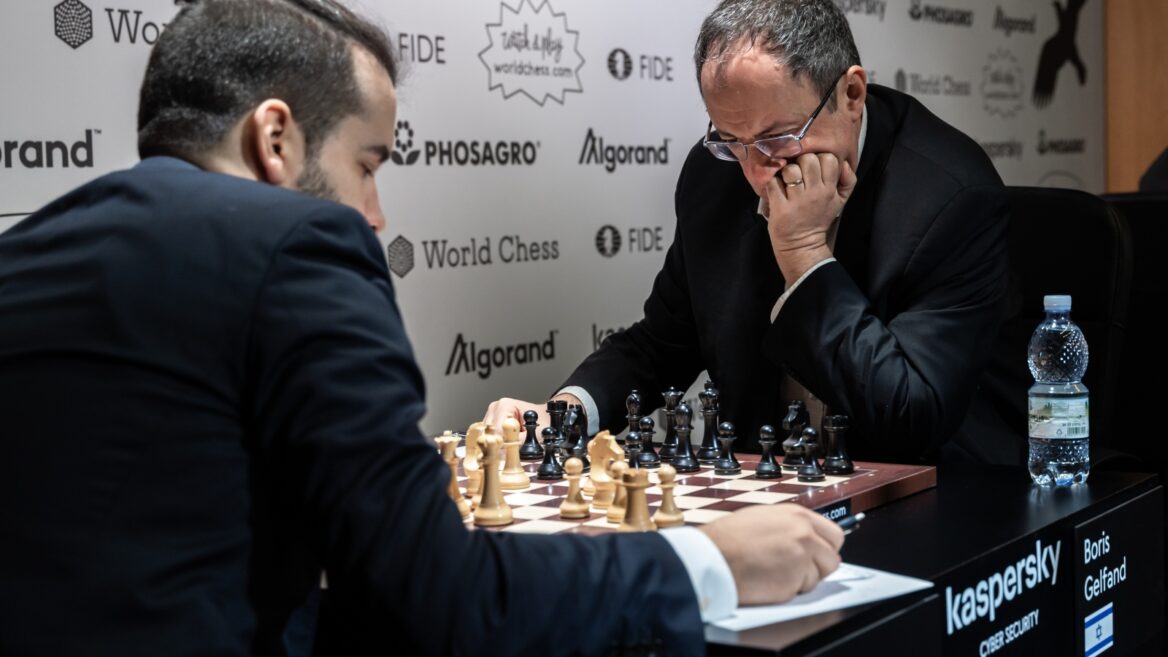 For the first time in history, the world’s top-rated chess grandmasters are in Jerusalem for an International Chess Federation (FIDE) Grand Prix Series tournament.

On the eve of this final leg of the four-part series, ISRAEL21c talked with the sole Israeli contestant, 2012 World Chess Champion Boris Gelfand.

We met at the magnificent Notre Dame of Jerusalem Center, where the matches are taking place December 11 to 23.

“It’s a big honor for Jerusalem to host such a prestigious event,” Gelfand said. “I played many times in the series and it’s often held in world capitals like London and Moscow, Beijing and Geneva. It’s wonderful that our capital joins the list.” 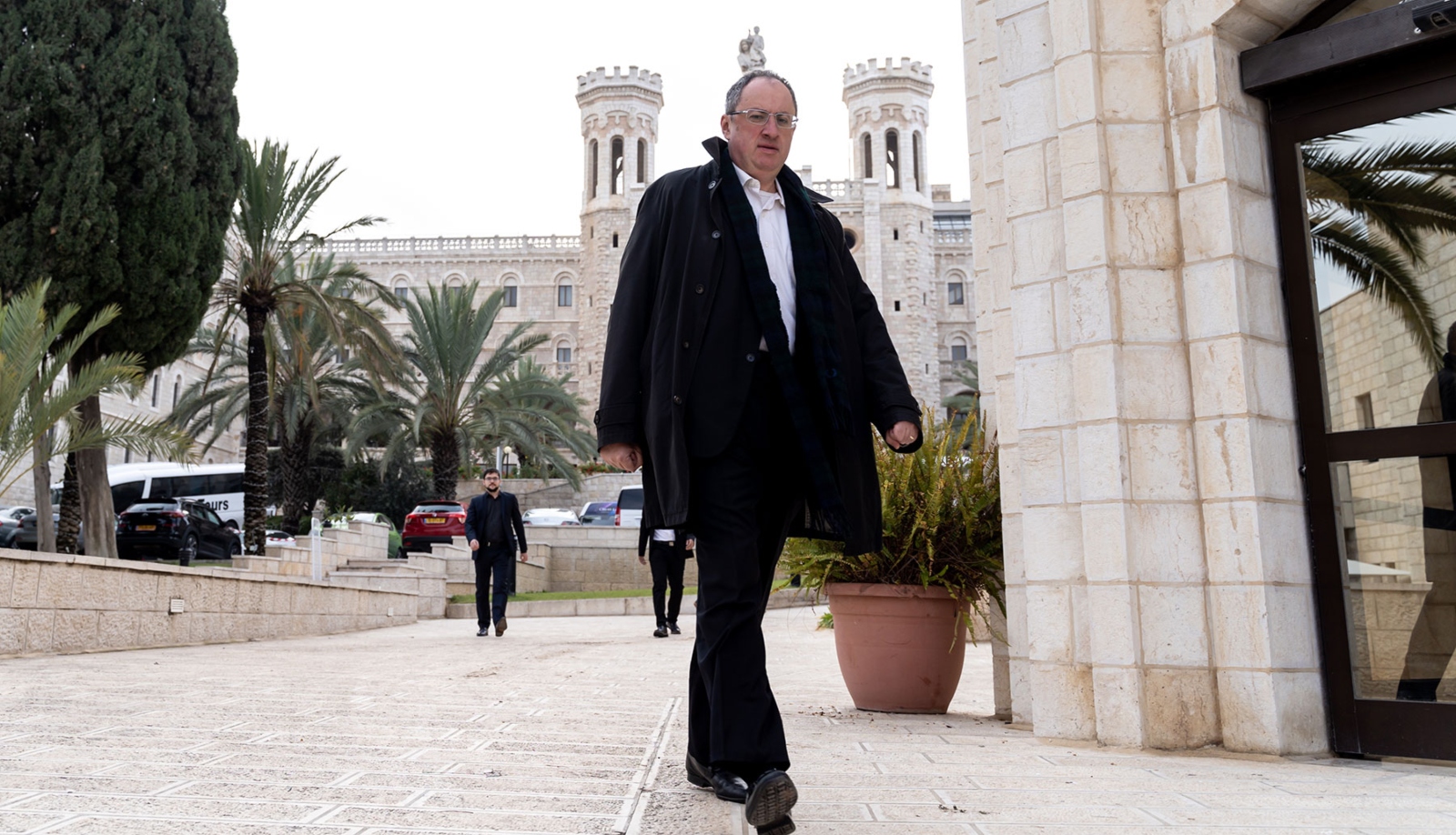 Gelfand, 51, has played previously against every one of the other 15 contenders. They hail from Azerbaijan, Bulgaria, China, Czech Republic, France, India, Netherlands, Russia and United States.

His first match of the tourney, against Ian Nepomniachtchi of Russia, ended in a draw.

Does Gelfand have a chance at finishing in the top two, thus earning a spot in next November’s Candidates Tournament that will determine who’ll face reigning world champion Magnus Carlsen in the 2020 World Championship?

It’s a long shot. Following a disappointing year, Gelfand did not qualify for the first rounds of the series. He won the wild-card spot reserved for an Israeli player in this final round on the merit of a national tournament last summer. The FIDE currently ranks Israel 15th among countries based on the average rating of its top 10 players.

“Nowadays, Asians are on top of chess,” said Gelfand. “India China, Iran. I believe the Indian juniors in a couple of years will dominate. Those countries invest money and encourage participation, and if you excel you go to the top of society.”

However, there’s more to the game than winning. Where Israel truly excels is in methodologies for chess training from a young age.

“We can say we are one of the most advanced countries in this area,” Gelfand tells ISRAEL21c.

Israel’s reputation in chess instruction is mainly due to two factors, according to Gelfand.

First, mass immigration from the Soviet Union in the 1990s brought chess culture and high-level chess expertise to Israel.

“We have the highest concentration of the best trainers in the world for all levels, from semiprofessional to professional. They are very envious in many places that we have such specialists in Israel,” said Gelfand, who was the 1985 USSR junior chess champion, earned the title of grandmaster in 1989 and moved to Israel in 1998. 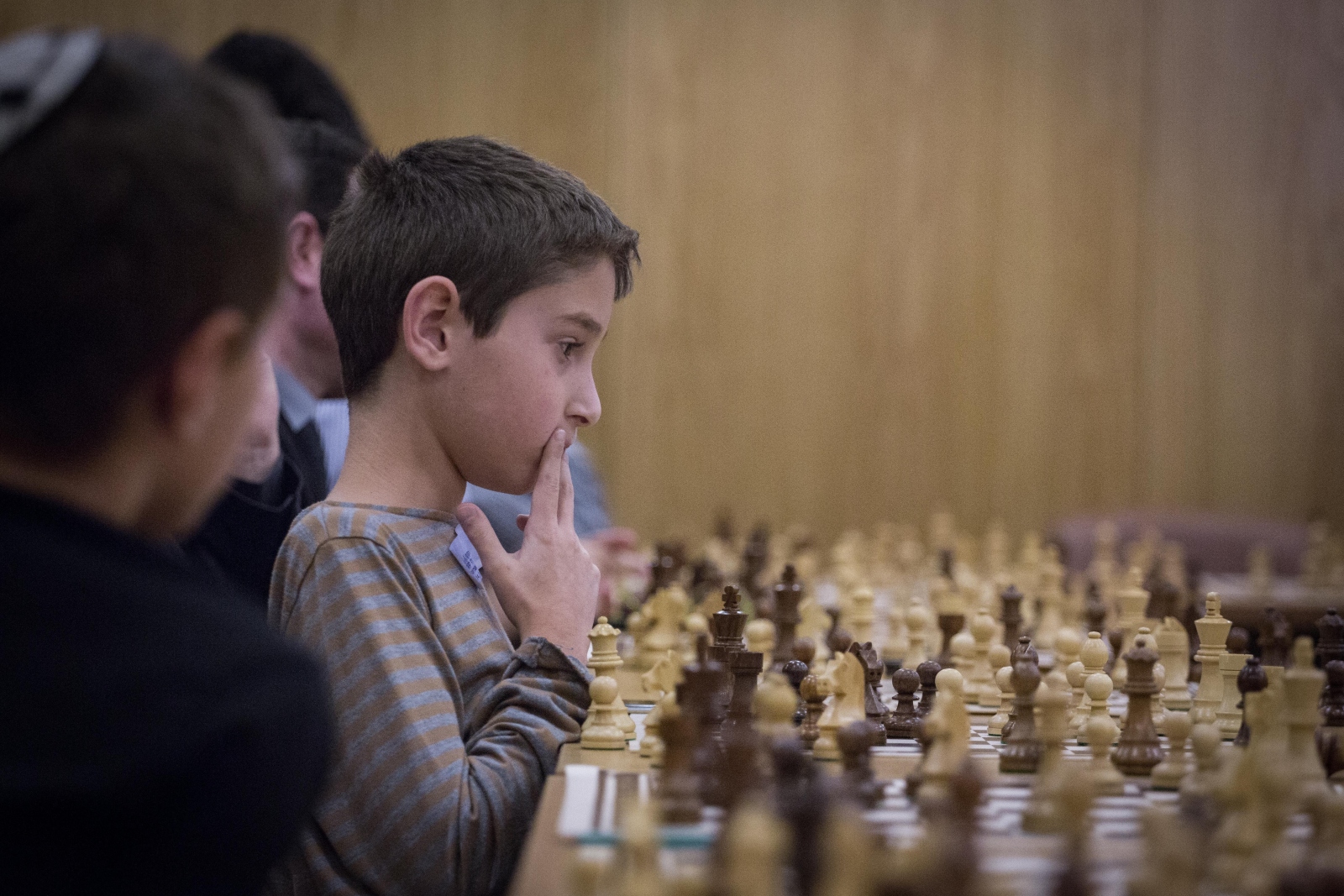 Israeli children participate in a chess tournament held at the Knesset in 2016. Photo by Hadas Parush/Flash90

The second factor is innovative training materials – books, videos and computer programs — for adults and children developed by Grandmaster Boris Alterman (currently ranked No. 7 nationally) and his wife, Luba.

Alterman – Chess in a New Way was founded in 2011. Its ChessMatec program has been implemented in kindergarten, first- and second-grade classrooms across Israel.

“There is interest all over the world in the software developed by Grandmaster Alterman,” said Gelfand. “I have seen that people from countries that are much more advanced in chess are interested in this and visit our country to learn from our expertise.”

Last year, Gelfand was seated next to FIDE President Arkady Dvorkovich at a private dinner in Israel with the cream of the crop in the local chess world.

“He was presented with this technology and for half an hour he couldn’t stop trying it,” Gelfand recalls. “He was really amazed.” 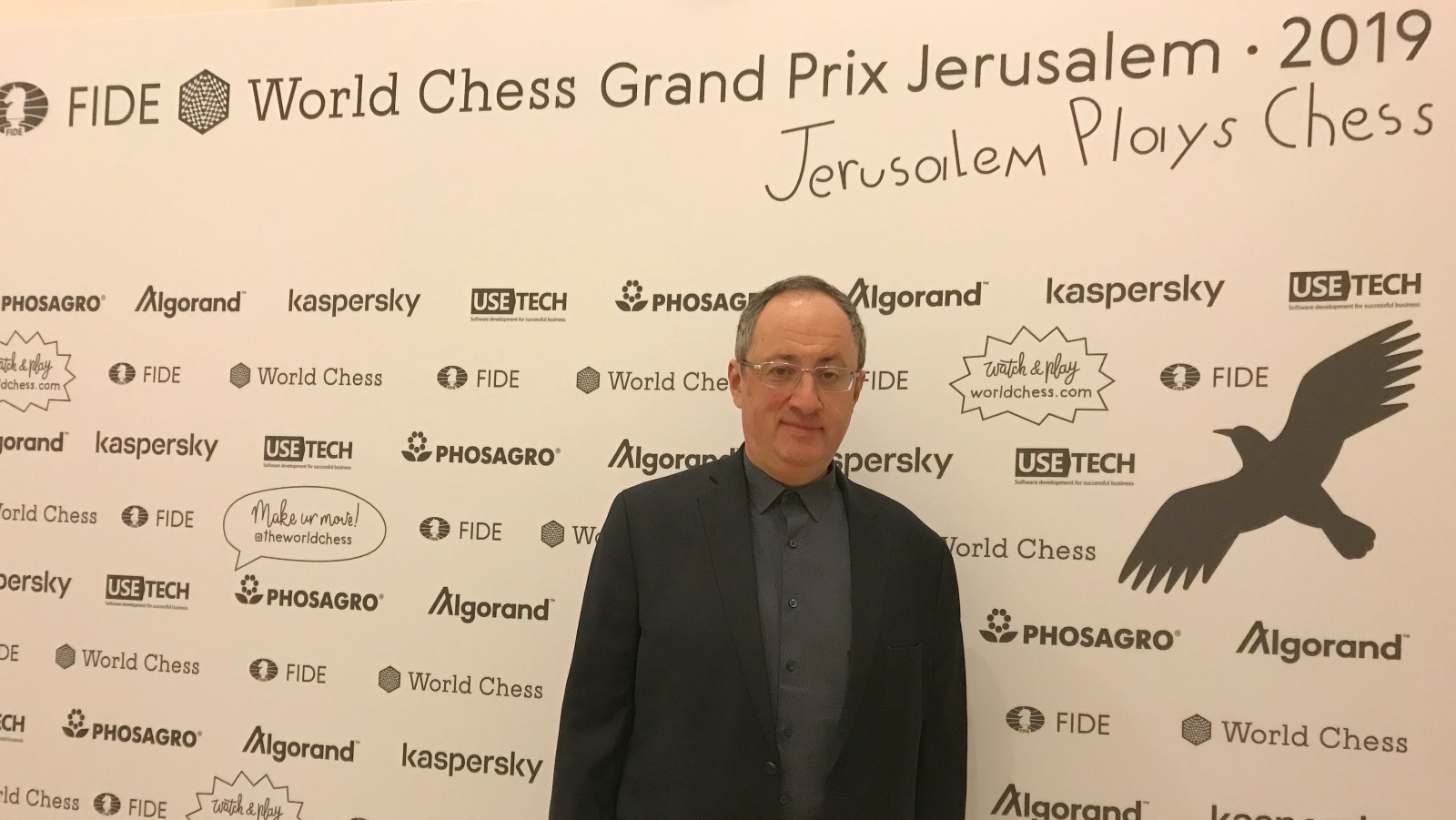 Learning the fundamentals of chess at a tender age has many advantages, he said.

“It develops qualities such as logical thinking, thinking ahead, strategizing, maintaining concentration and focus – that’s a problem nowadays for many children – and also showing respect to opponents whether you win or lose,” said Gelfand.

“Chess is an excellent tool for teaching children many valuable qualities that will be useful for them in life,” he continued.

“In my city, maybe 5% [of children exposed to chess in school] go to clubs to have more lessons. They keep on studying chess and developing their minds.”