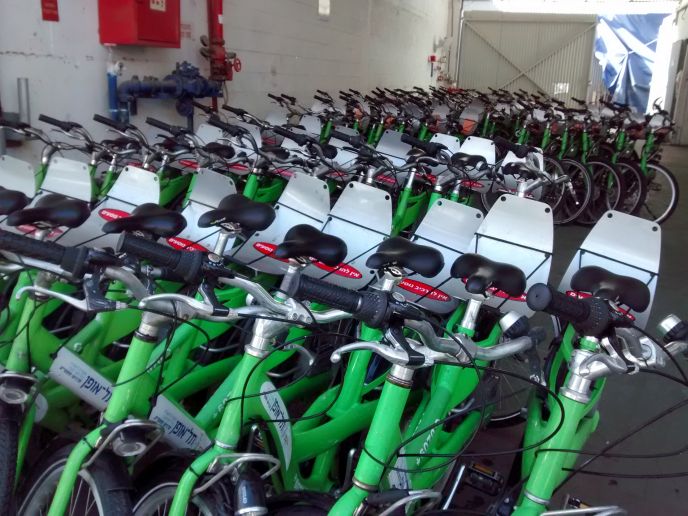 The green-and-white bicycles of the Tel-O-Fun bike-sharing project, which have become a ubiquitous sight in Tel Aviv-Yafo, are celebrating five years on the city’s streets. Of the 400 similar city bike-sharing systems worldwide, the Tel Aviv project ranks sixth in terms of usage, according to a press statement.

The Tel-O-Fun bike-sharing system, a play on the Hebrew words “Tel” and “Ofen” referring to Tel Aviv and ofenayim (bicycles), is a partnership of FSM Ground Services and the municipality.

While other cities with similar operations – like Paris, Brussels, London, Toronto and New York — have reported difficulties in powering forward in the share-a-bike market, Joel Handelman, media representative of the program, says Tel-O-Fun’s numbers are growing.

“There are 20,000 annual subscribers, 9,000 rentals a day, and each bike is rented an average of six times per day,” Handelman, whose aptronym is real, tells ISRAEL21c.  “All these stats are above average and indicate a total implementation into the daily life of Tel Aviv.” 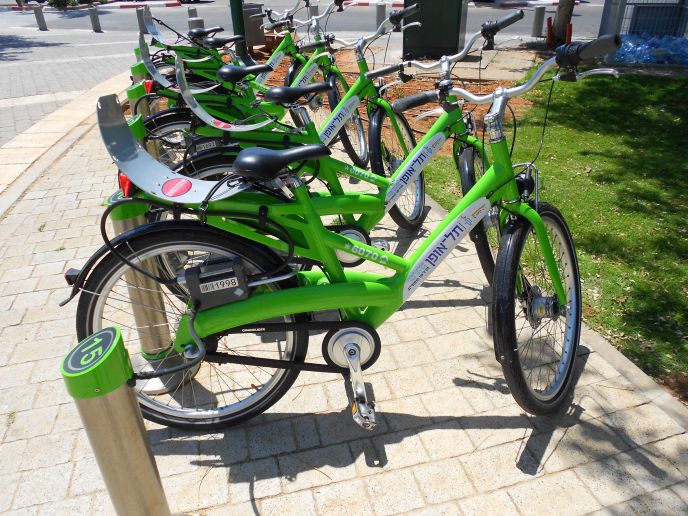 There are 1,800 bikes for rent at 182 docking stations across the city. Locals and tourists hire the bikes for a pedal around the city or as part of their commute.

“There is a real bicycle renaissance in Israel, and especially in Tel Aviv,” Oded Gilad, a spokesman for the nonprofit Israel for Bikes, told JTA.

Operators of the environmentally friendly sharing system are using the five-year anniversary mark to tweak the system. They’ve recently invested four million shekels to “be the most advanced user friendly system in the world,” according to a press statement.

Of course, one of the biggest problems for cyclists – whether on a rented bike or on one they own – is flat tires.

Handelman says a new wheel system will roll out in the fourth quarter of this year that will put an end to this predicament. The Tel-O-Fun operators have designed new wheels made of rubber that cannot puncture.

They’ve also put new designs on the bike’s frame – in response to users’ qualms regarding the weight of the green-and-white frames currently in use.

And the Tel-O-Fun folks are also unveiling a new locking system.

Moreover, Handelman believes that once these improvements go into effect, other bike-sharing systems will want in on the new innovations.

“We desire to introduce our system to other municipalities in Israel and offer our management services and technologies worldwide,” he tells ISRAEL21c.

UNCOVER ISRAEL - Get the ISRAEL21c
Weekly Edition free by email
Sign Up Now!
Bring Israel's story to life.
Millions of people around the world rely on us to gain a deeper understanding of Israel. We are the trusted source for original content you won't find anywhere else.
You can make a difference. Donate today to support journalism that brings Israel’s story alive.
SUPPORT ISRAEL21c
Read more on:   JTA, Tel-O-Fun, FSM Ground Services, Biking in Israel, Spotlight on Israel, Jaffa