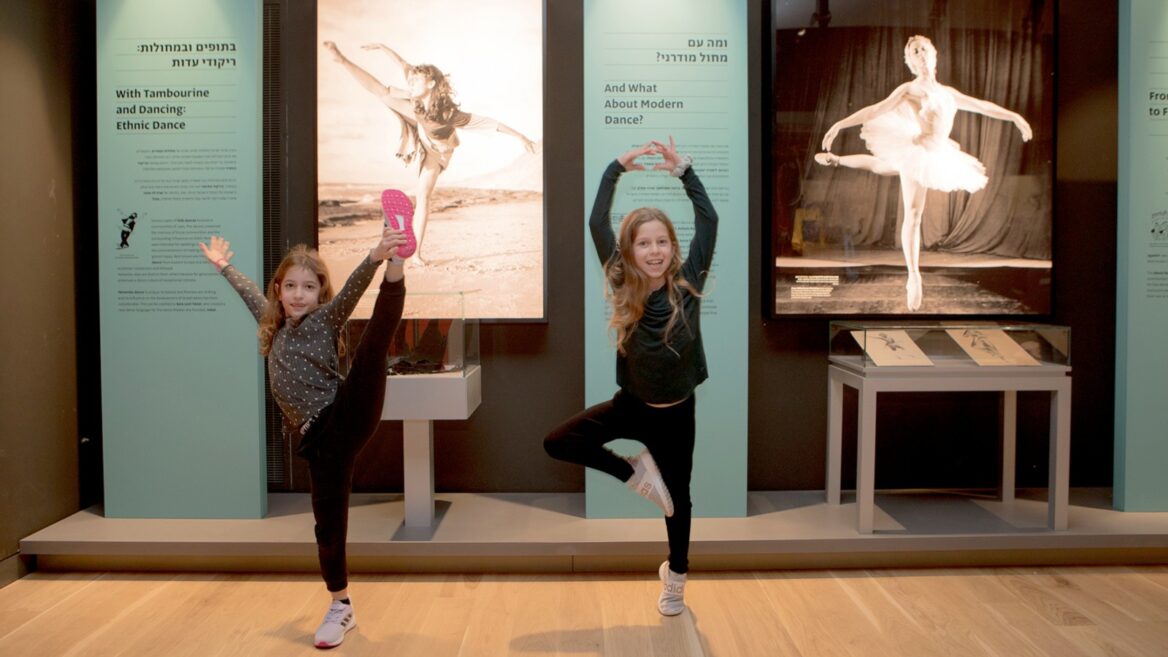 Visitors to the renewed and expanded ANU - Museum of the Jewish People in Tel Aviv. Photo courtesy of ANU

The newly expanded and reimagined ANU – Museum of the Jewish People opened March 10, becoming the world’s only museum dedicated to celebrating and exploring the experiences, accomplishments and spirit of the Jewish people from biblical times to today.

Located on the campus of Tel Aviv University, the Diaspora Museum (Beit Hatfutsot) was founded in 1978 and was later renamed The Museum of the Jewish People.

Its new brand identity adds “ANU” — Hebrew for “we”— to embrace inclusion and reflect the diversity and collective spirit of the Jewish people everywhere, said Museum Board Chair Irina Nevzlin. 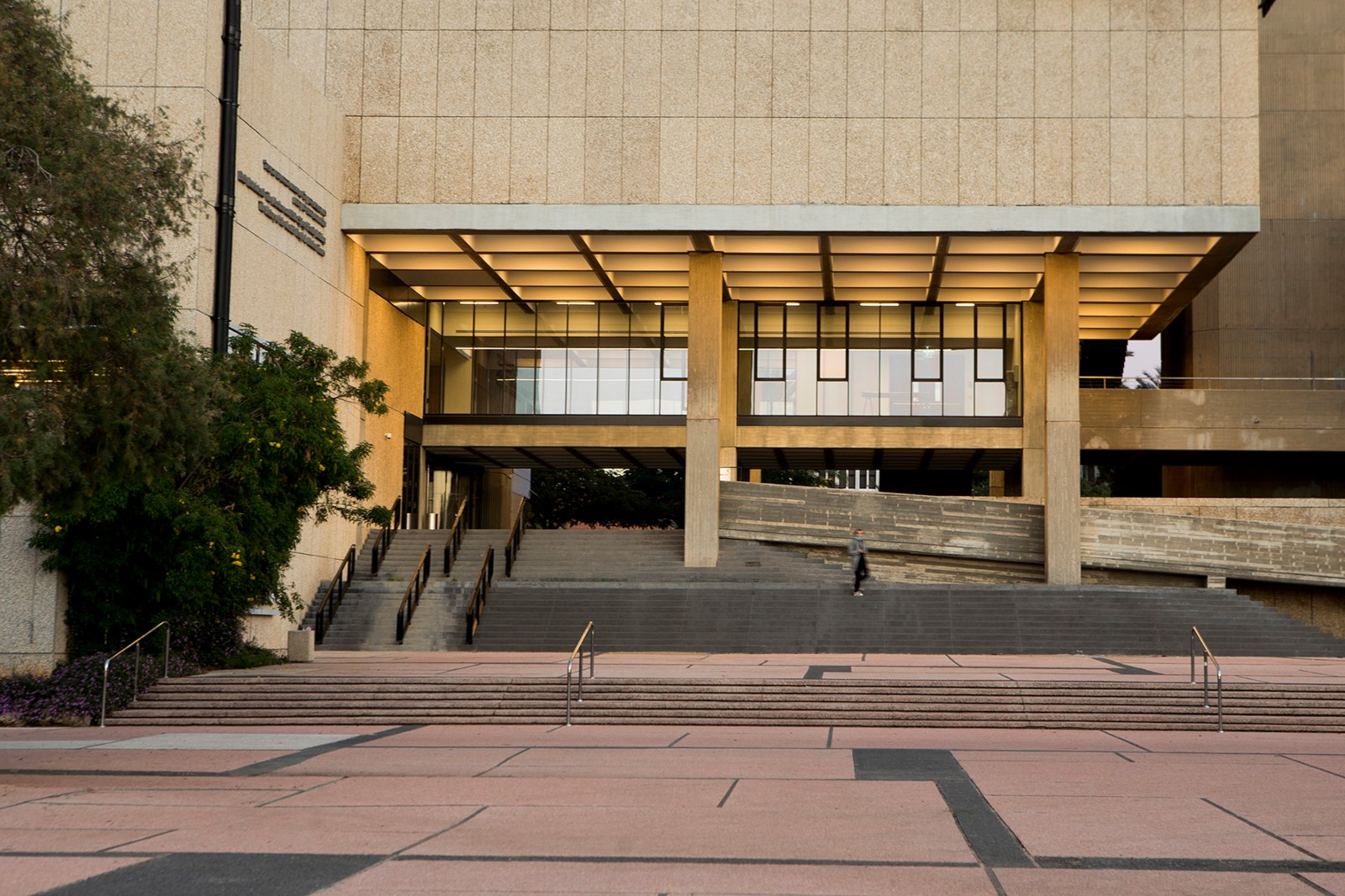 Exterior of ANU – Museum of the Jewish People. Photo courtesy of ANU

“Every nation deserves a place that tells its story and makes people proud of who they are and their heritage and roots,” said Nevzlin.

“It is a privilege to realize the transformation of this institution, which now becomes the largest and most comprehensive Jewish museum in the world. The museum will serve as a beacon of Jewish identity and culture, celebrating our unique history and future.”

The decade-long, $100 million expansion tripled gallery space to 72,000 square feet across four wings spanning three floors. Visitors of all faiths and ages are guided on a multimedia, multisensory journey through the 4,000-year history of the Jewish people. 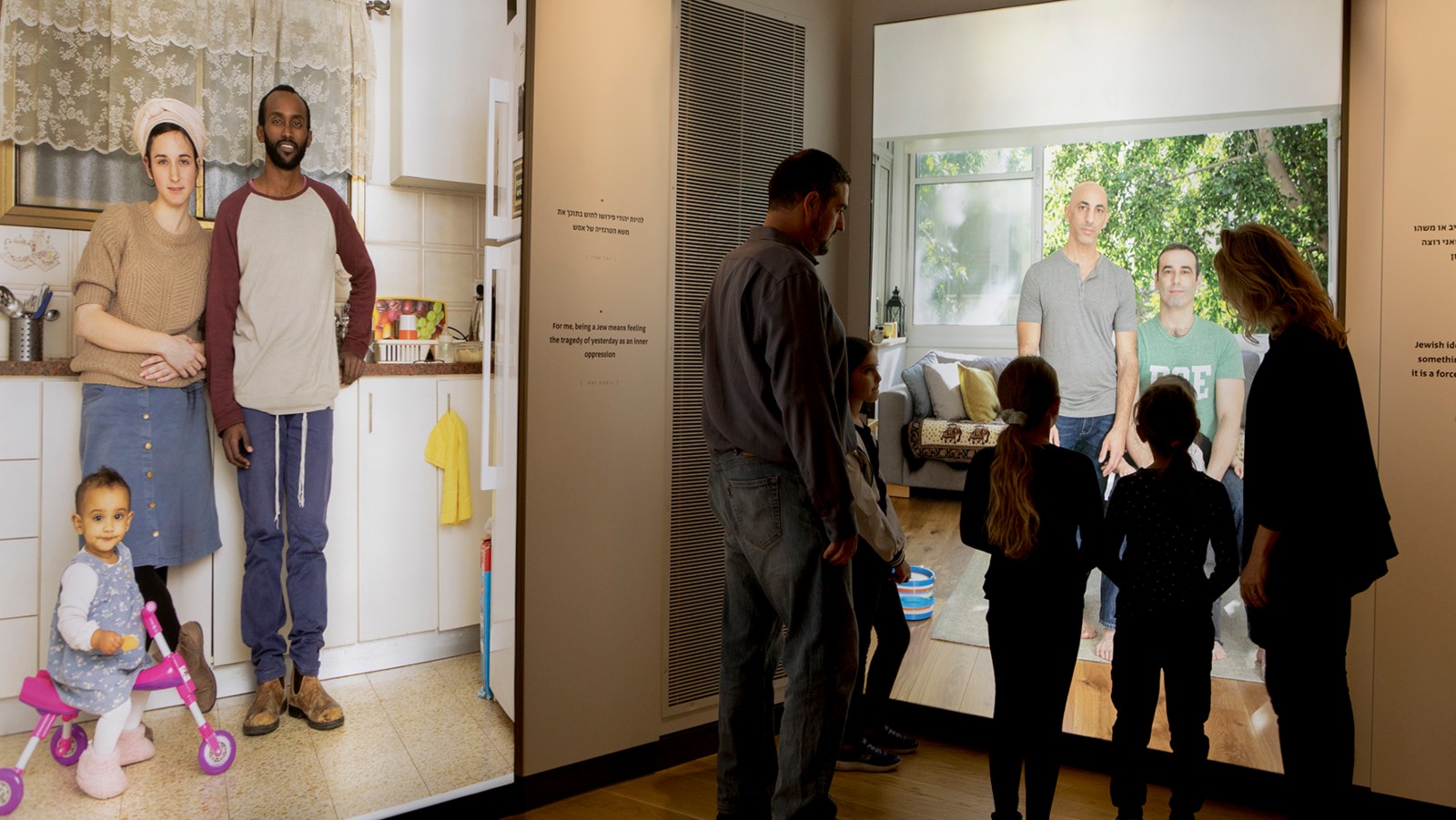 Visitors “meet” a broad spectrum of famous and ordinary Jews at ANU – Museum of the Jewish People. Photo courtesy of ANU

The journey progresses top down, from the third floor to the first floor. 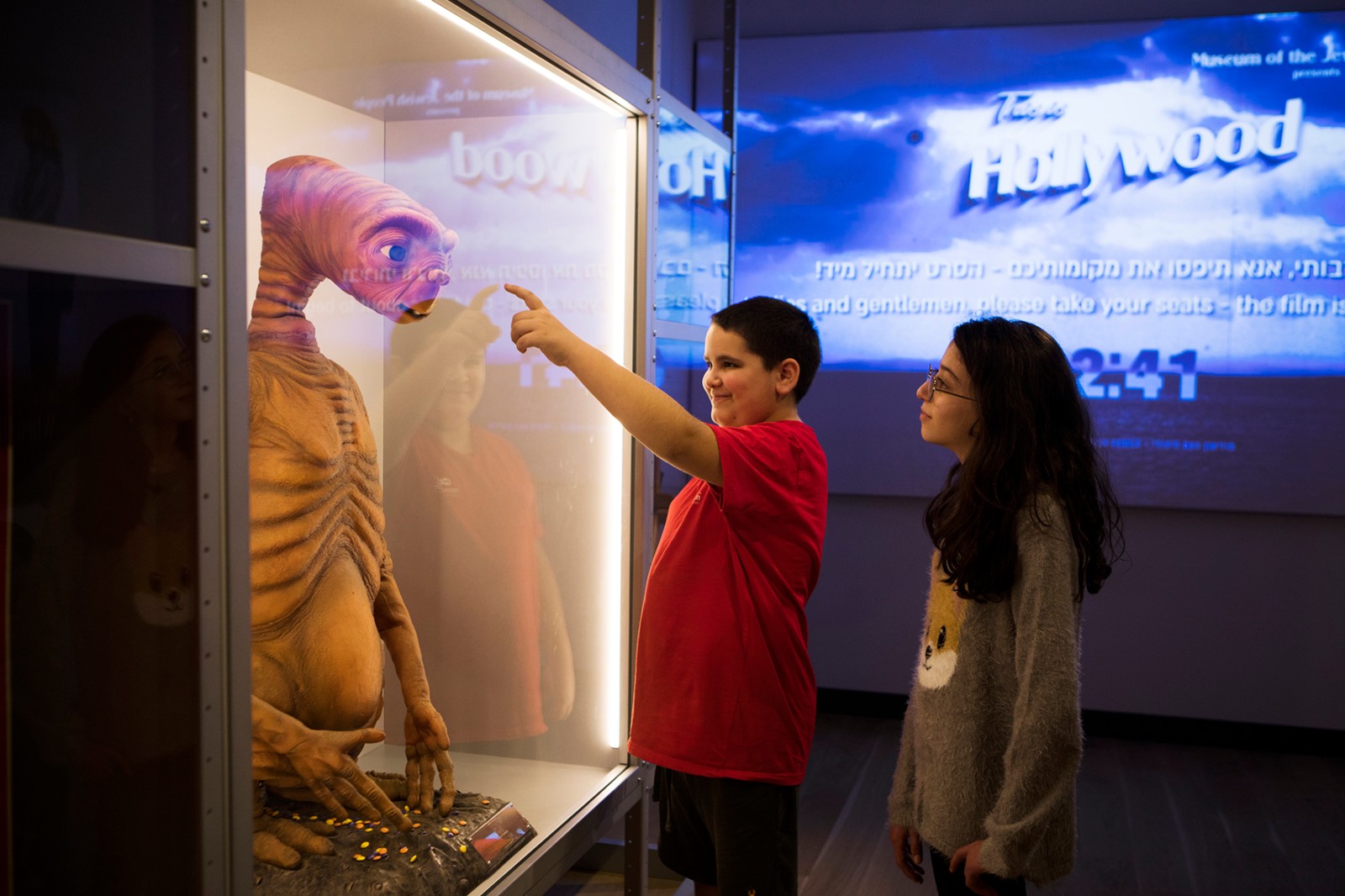 ET’s creator, Steven Spielberg, is included in the Mosaic – Modern Jewish Identity and Culture Wing of ANU – Museum of the Jewish People. Photo courtesy of ANU 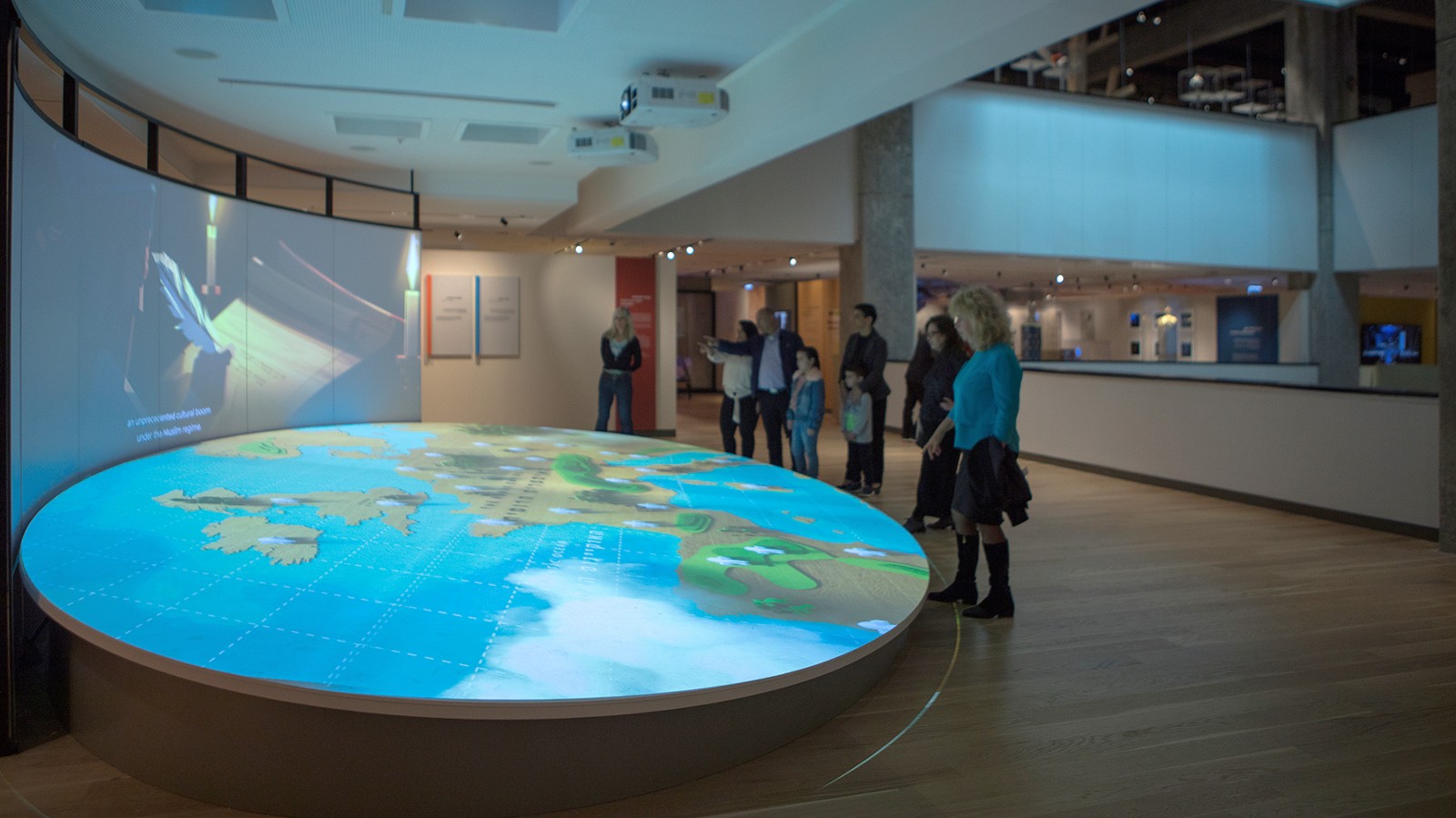 Visitors exploring an interactive map in the Jewish Story Through Time Wing of ANU – The Museum of the Jewish People. Photo courtesy of ANU

The Journey – The Jewish Story Through Time Wing on the second floor traces the roots and history of the Jewish people across of the world from biblical times through today – with the help of an interactive map — and the evolution of Jewish faith, thought and creativity.

The first-floor Foundations – A Common Core, A Universal Message Wing explores Jewish practice, beliefs and traditions, and the Bible and its influence on world culture, especially as it relates to concepts of justice and liberty.

Among the artifacts and artworks are a Shaddai amulet recovered from inside the wall of an Italian home after World War II; a 15th century Sephardic Book of Esther scroll; and Joseph Bentolila’s letter of rights issued by Napoleon III.

Contemporary additions to the collection include guitars that were played by Leonard Cohen and Gene Simmons, the chest protector worn by pro baseball catcher-turned World War II spy Moe Berg, and even a lace collar belonging to US Supreme Court Justice Ruth Bader Ginsburg. 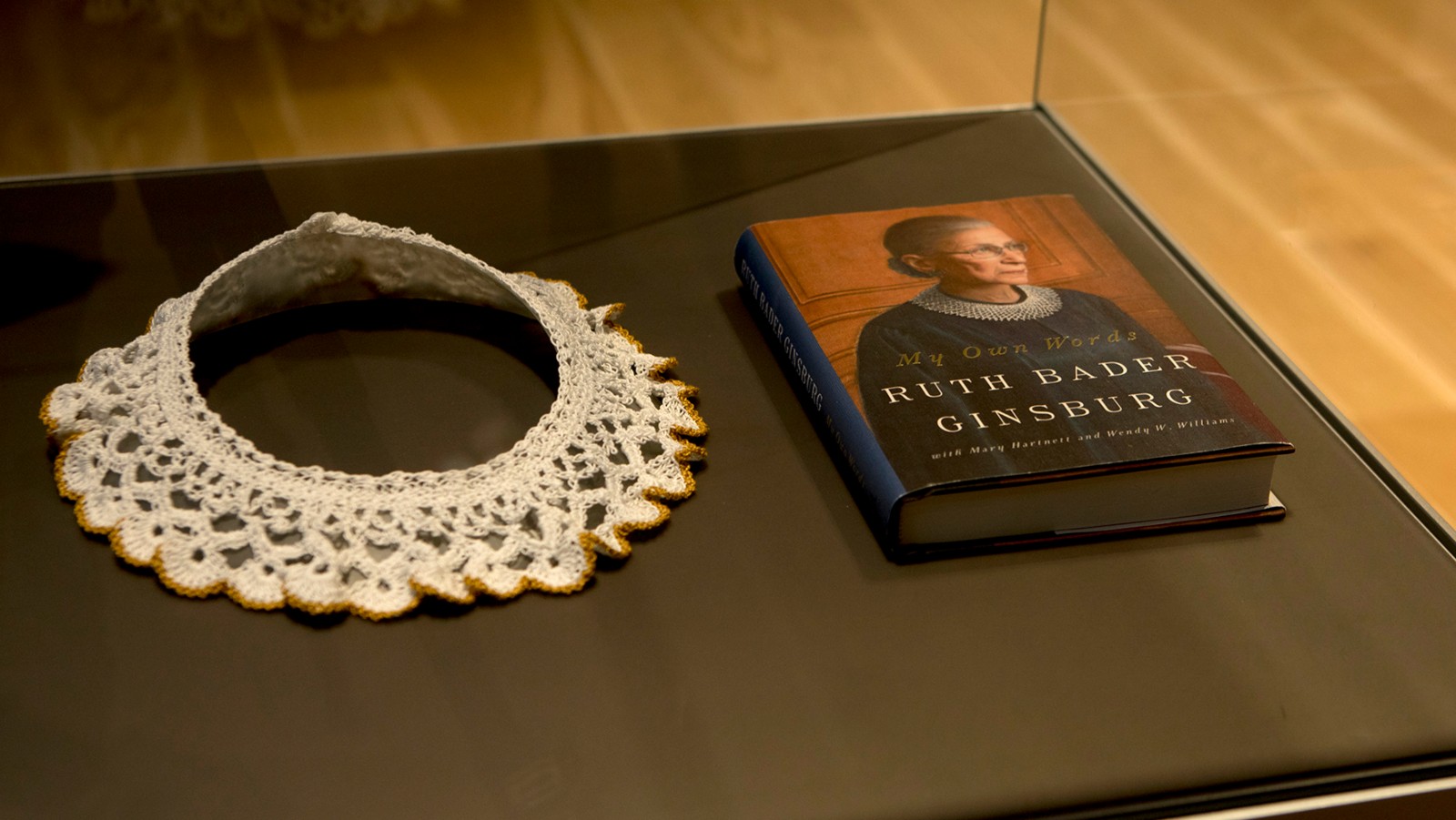 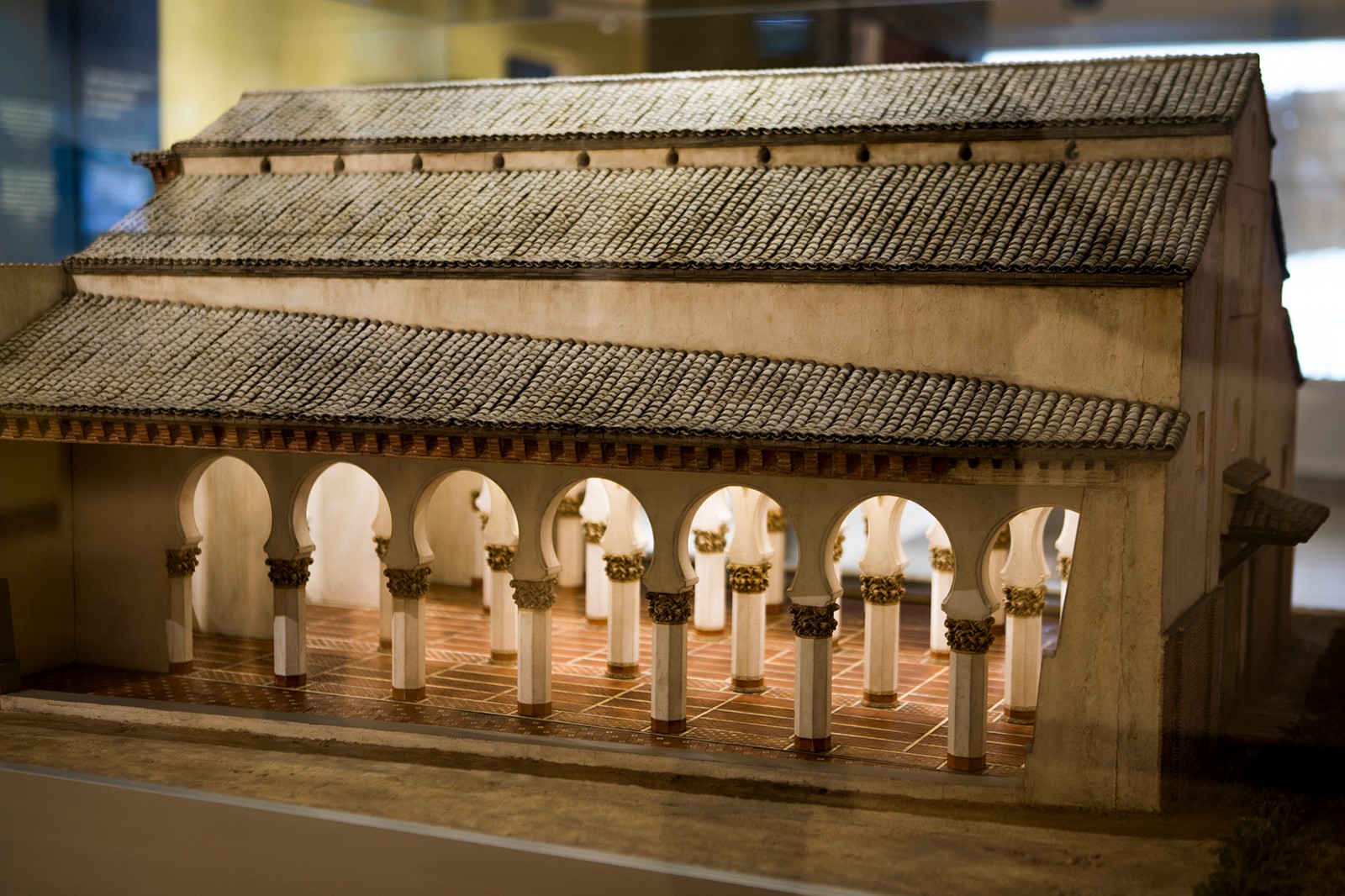 Scale model of Synagogue of Santa María la Blanca in Toledo, Spain at ANU – Museum of the Jewish People. Photo courtesy of ANU

Do you have a famous cousin?

In partnership with Geni.com, the museum developed an app, MJP & Me, that shows if you’re related to any other visitors in the museum in real time, or to famous Jews across the ages. If these newly discovered relatives are part of the exhibition, the app shows where to find them.

The new facelift is topped by an open-air rooftop terrace offering views of Tel Aviv and the Mediterranean Sea. 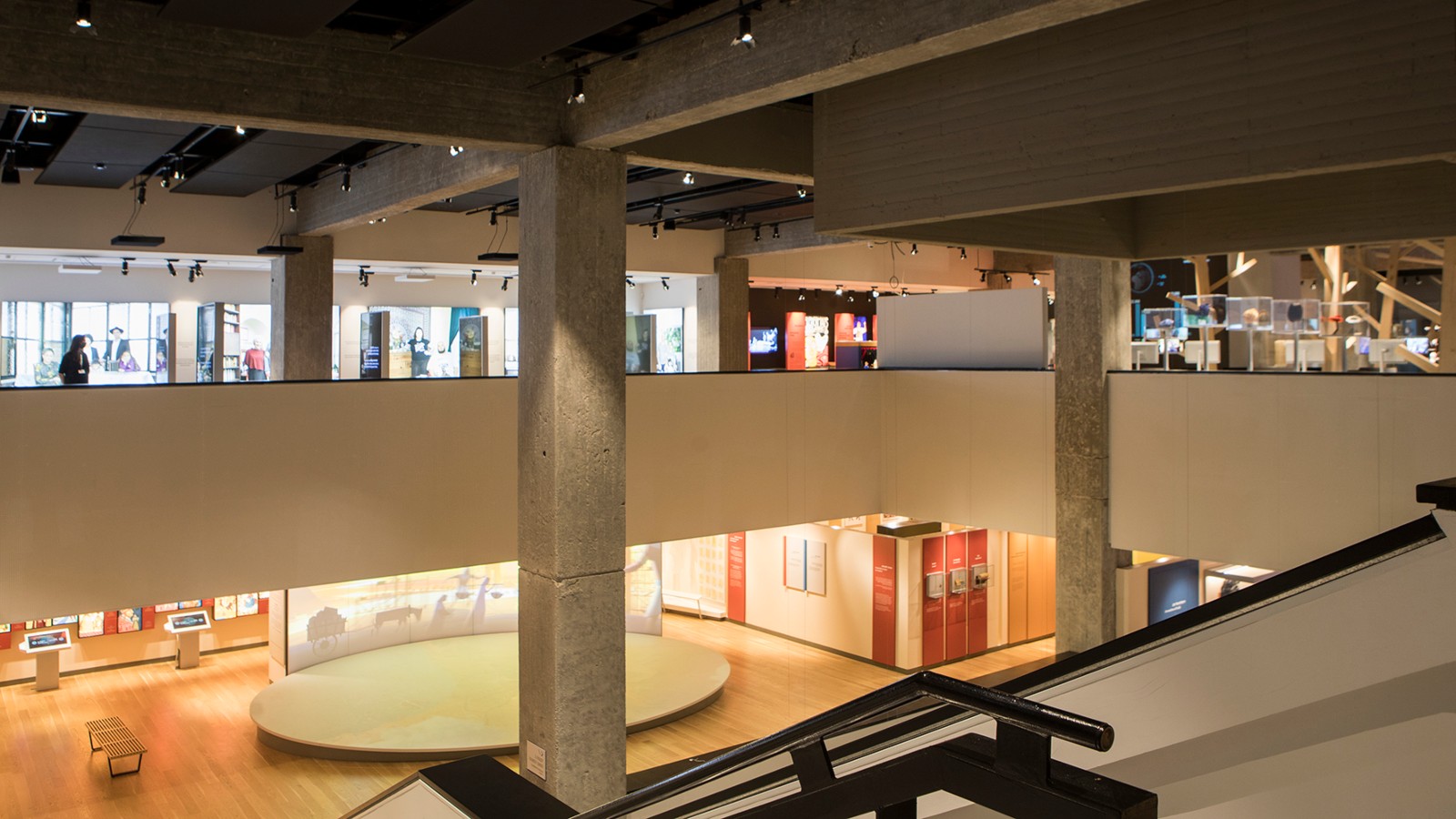 Inside ANU – Museum of the Jewish People in Tel Aviv. Photo courtesy of ANU

“We’ve been looking forward to this day for 10 years,” said Chief Curator Orit Shaham-Gover. “It’s been an intellectual and emotional journey, and we are so thrilled to illustrate the story of the Jewish people in its entirety, from past and present to the future.”

ANU – Museum of the Jewish People is open daily, including Saturdays, and until 10pm on Thursdays. Tours are available in several languages. General admission is $16 for adults and children over five; $8 for seniors; and free for children under five and soldiers in uniform.