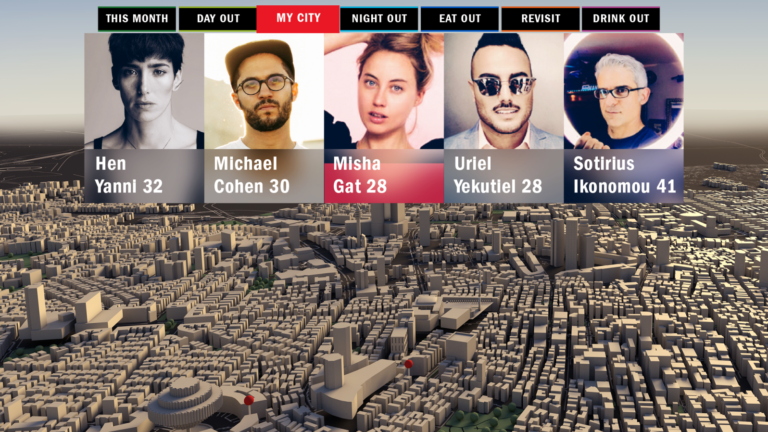 Choose which aspects of city life to experience virtually with the Tel Aviv Time Out VR City Guide. Photo: courtesy

A new interactive experience designed to give viewers a beautiful and fun local insight into Tel Aviv recently was launched by Inception, a startup that creates 360-degree and VR premium content.

Using a smartphone app paired with a virtual headset such as Google Cardboard, Oculus Rift, Samsung Gear or Daydream, viewers enter an interactive map where they can select locations to explore throughout the city. They can even select a specific guide to tour them or pinpoint specific types of attractions.

The channel contains inside guides to some of Tel Aviv’s trendiest locations, such as alternative bar Kuli Alma and Japanese spa Yoko Kithara. CGI and 3D stylized visuals make viewers feel like they actually at Tel Aviv’s hot spots. The first in the series of Inception’s insider VR guides was introduced in partnership with Time Out Tel Aviv and is sponsored by Toyota and the Intercontinental Hotel Group.

“The Tel Aviv Time Out VR City Guide is just about the coolest way to enjoy Tel Aviv’s best locations to get to know the city,” said Benny Arbel, cofounder and CEO of Inception, which was founded in 2016 and has offices in Tel Aviv, Los Angeles and London. The beach, of course, is among locations VR headset users can explore with the Tel Aviv Time Out VR City Guide. Photo: courtesy

Users can access individual clips on the Time Out Israel Facebook pages. The full interactive VR platform is available in Inception’s app when paired with a headset.