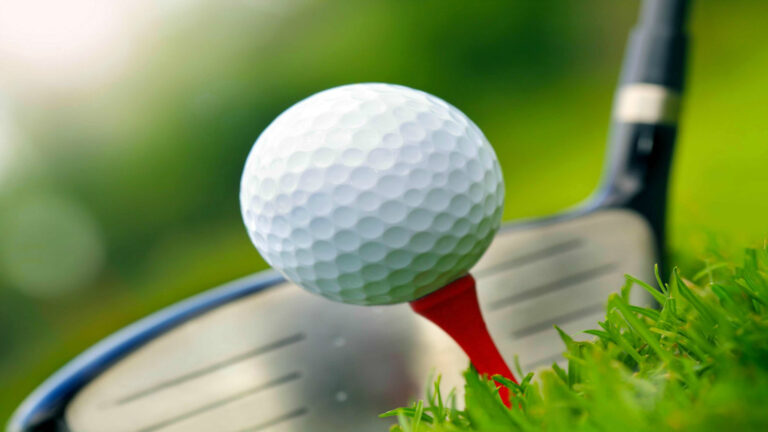 Is golf on it’s way to the Negev? Photo via www.shutterstock.com

Given that the golf course is a prime place to close business deals, it makes sense that there are 32 golf courses in the Silicon Valley area.

So, you can imagine how confounded investors and entrepreneurs visiting Israel must feel when they arrive in this startup hotbed to find just one-and-a-half fairways.

The Caesarea Golf Club, about an hour’s drive from Tel Aviv, is the only international-standards golf course in Israel. There’s also a nine-hole half-course at Kibbutz Ga’ash, 30 minutes north of Tel Aviv.

If all goes according to plan, the newest 18-hole golf course in Israel will be in the Negev.

“It will bring a wave of tourism to the region and new business deals,” Nisim Nir, of the Omer Regional Council Spokesperson’s Office, tells ISRAEL21c.

Since 2001, the Caesarea Golf Club has been offering workshops aimed at the local high-tech and business community, showing them how to play the club-and-ball-sport famous for laying the groundwork for big deals in North America and Europe.

“I’m sure we’ll see new deals being signed between foreign companies and companies from the Omer Industrial Park and from the Advanced Technologies Park in Beersheva,” says Nir, of the planned course that will straddle both high-tech parks. Blueprint for the future Omer complex to include a golf course, lake, hotels and myriad other attractions. Image courtesy of Levin Architects.

The Omer Regional Council, which sits five kilometers northeast of Beersheva, announced expansion plans for the Omer Industrial Park — one of five industrial parks  built by Israeli industrialist Stef Wertheimer — about a decade ago. The government has supported the idea since its inception.

Today, there are more than 30 companies, specializing in the development and manufacture of advanced technologies, based in the Omer Industrial Park. The likes of SanDisk and Freescale Semiconductor have development centers here.

“Golf will be extremely attractive. We believe this time it will succeed because everyone wants it to succeed.”

In 2009, the Israeli Tourism Ministry announced plans to build 16 golf courses around the country – including the Omer location — to position Israel on the golf tourism map. But while those plans went nowhere, Nir says the new blueprints aimed at expanding the Omer Industrial Park’s services have now been drawn up and the project is (finally) moving forward.

“We’re positive this development will happen,” says Nir. “We have government backing, the IDF is moving south and the Advanced Technologies Park and Omer Industrial Park have new companies opening offices. Golf will be extremely attractive. We believe this time it will succeed because everyone wants it to succeed.”

The town of Omer has some 9,000 residents and is known for its high socio-economic ranking. But Nir says the development plans will give all the desert communities a facelift.

According to the new development proposal, the complex will include a golf course, a forestry project, artificial lake, resort hotel, restaurant area, medical spa hotel, cinemas, a mini-golf course, dance clubs, horse stables, a conference hall, an artists’ village, a sports center and an archaeological park.
“The entire Negev region will benefit from this,” says Nir.

“If David Ben-Gurion were to see the Omer area today, with its green spaces and upscale living, he would say this is exactly what his dream was: To make the desert into a treasure.”