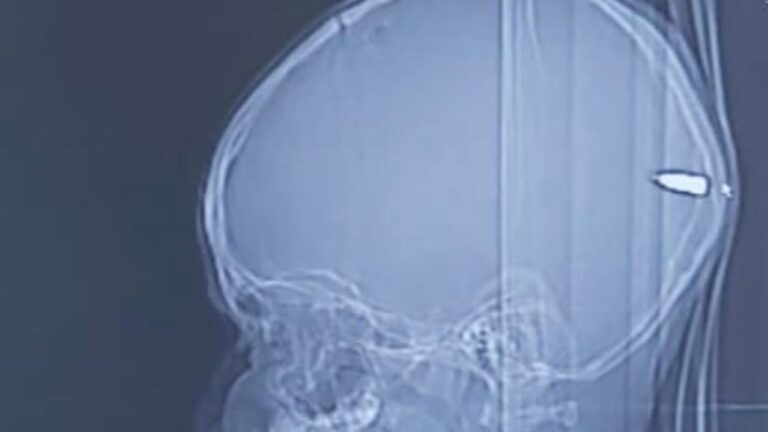 X-ray of a bullet lodged in the brain of a nine-year-old boy. Photo courtesy of Hadassah University Medical Center

On the Muslim holiday of Eid al Adha on Friday, in the Jerusalem neighborhood of Ras al-Amud, a stray bullet from celebratory gunfire hit a nine-year-old boy in the head.

He was rushed to Hadassah University Medical Center, where a CT scan showed that a 3/4-inch, heavy bullet penetrated his skull from the right side. It tore a path through his brain and stopped, lodged just inside the left side of the boy’s skull.

But when the surgeon looked for it, the bullet wasn’t there.

“We turned him onto his stomach on the operating table to give us best access to the left side of his head,” said senior pediatric neurosurgeon Dr. Guy Elor. “But when we began exploring we saw exactly where the bullet should have been but it wasn’t there. It seems when we turned him over gravity did its thing and we had to start searching for it.”

With the help of ultrasound and X-rays, they discovered the bullet had receded several inches into his brain. It was in the occipital lobe, which includes the visual cortex. Its route from entry included parts of the brain responsible for motor skills, behavior and higher thought, just missing major arteries and veins by a tenth of an inch. 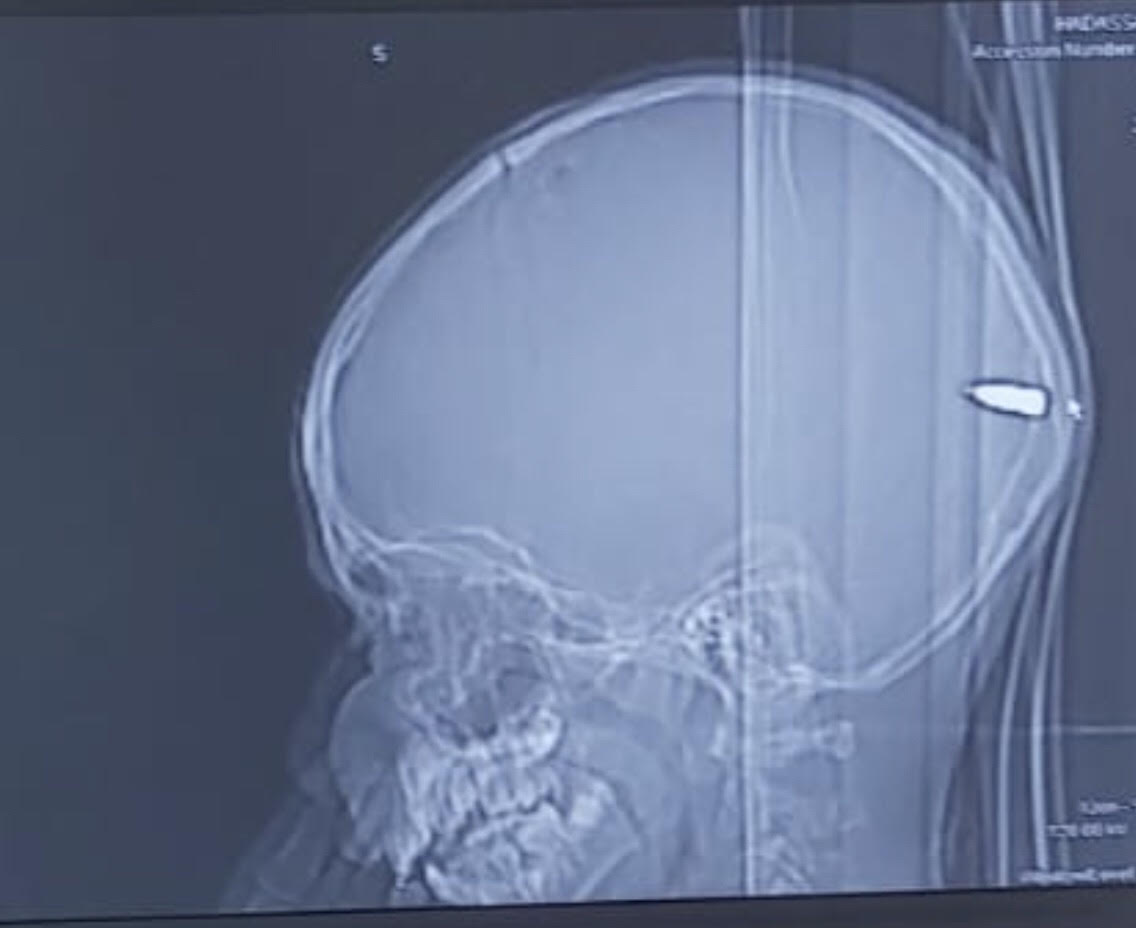 X-ray of a bullet lodged in the brain of a nine-year-old boy. Photo courtesy of Hadassah University Medical Center

Once they found bullet, the team used a bayonet tweezer to lift it out delicately.

Elor coordinated with anesthesiologist Dr. Chloe Mimouni, who stresses the special challenges of working with a child neurological patient.

“I didn’t expect to be able to wake the kid up and extubate him right after the surgery. But the team members – nurse, surgeons and anesthesiologists – were great. Communication was perfect, as always with Dr. Elor, and that’s why it ended up better than expected.”

Multiple factors determine the extent of damage caused by a gunshot wound. These include the caliber of the gun, size and speed of the bullet, the trajectory and site of the injury — and the skill of the surgical team.

“It’s quite remarkable,” says Elor. “Two days after the surgery, the boy is eating, talking and moving his limbs.”