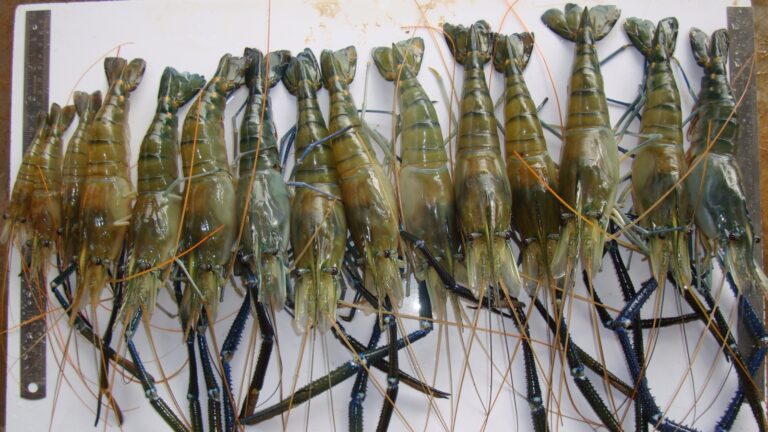 In a groundbreaking study published in Scientific Reports, a research group headed by Sagi outlines the development of male Macrobrachium rosenbergii prawns with two female sex chromosomes and no male sex chromosome — a so-called “super shrimp” that produces only female offspring.

The all-female prawns were developed without the use of hormones or genetic modifications with the help the R&D team of Enzootic, an Israeli company specializing in all-female monosex aquaculture biotechnologies.

The scientists say the super shrimp could increase aquaculture yields – a major source of income in some developing countries — and help prevent the spread of water-bound parasites.

“Prawns serve as efficient biocontrol agents against parasite-carrying snails and since we can now use monosex prawns, which do not reproduce, it reduces the hazard of prawns becoming an invasive species,” Levy explained.

In July, a study reported in Nature Sustainability by a multinational team including Sagi and Amit Savaya of BGU wrote that freshwater prawn species prey on aquatic snail species that host the parasite that causes schistosomiasis in sub-Saharan Africa.

Schistosomiasis is an acute and chronic disease caused by parasitic worms. The World Health Organization estimates that at least 220.8 million people each year require preventive treatment for the disease.

Sagi is a member of the National Institute for Biotechnology in the Negev, a unique research institute within BGU that conducts multidisciplinary, applied and innovative research leading to the commercialization of novel technologies.

UNCOVER ISRAEL - Get the ISRAEL21c
Weekly Edition free by email
Sign Up Now!
Bring Israel's story to life.
Millions of people around the world rely on us to gain a deeper understanding of Israel. We are the trusted source for original content you won't find anywhere else.
You can make a difference. Donate today to support journalism that brings Israel’s story alive.
SUPPORT ISRAEL21c
Read more on:   News, prawns, Ben Gurion University of the Negev