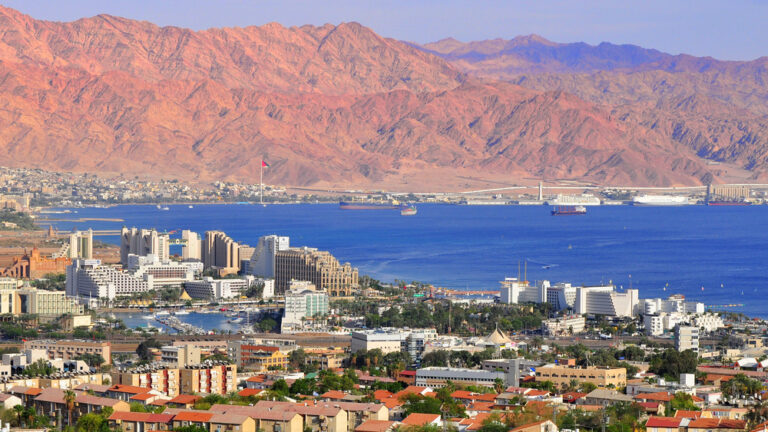 Israel’s southernmost city, Eilat, teams up with its French counterpart Nice in a bid to become smart cities. Photo by Oleg Zaslavsky/Shutterstock.com

The southern city of Eilat and the French Riviera city of Nice have so much in common: sun, sea, loads of French tourists and, apparently, common municipal problems. So much so, that the two vacation destinations teamed up and launched a joint program to tackle the latter.

The two-year program will see a 10 member team from each city search for technology-based solutions to challenges in the field of smart cities, including issues of infrastructure, transportation, energy, community services and tourism.

It will be run by the Eilat Tech Center that’s backed by Arieli Capital, in collaboration with Nice’s innovation hub.

“The strategy is to identify challenges in the municipal environment and come up with proposals for solving and implementing them,” said Or Haviv, partner and head of Global Innovation Platforms at Arieli Capital. “The ETC will serve as the hub for the future development of technology-based solutions for the common problems identified by the two teams.”

The program is set to be launched at the end of February. The two teams will then hold a meeting once a month to discuss their proposed solutions to the municipal problems facing their cities. In September 2020, they will meet in Eilat to present their proposals, and final projects will be presented a year later in Nice.