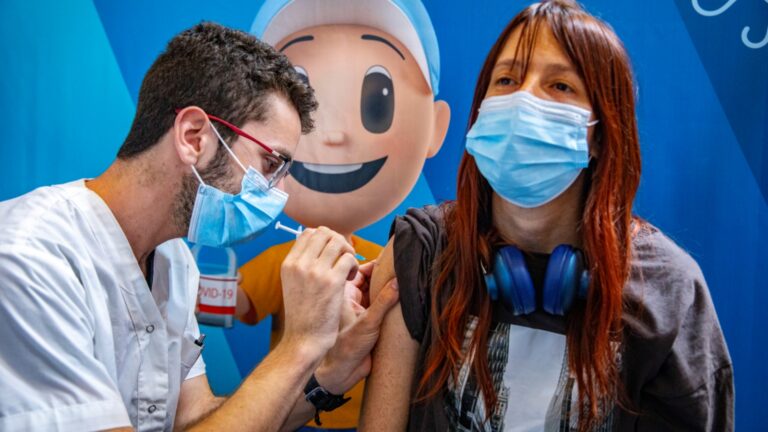 A woman receives her third Covid-19 shot in Jerusalem in September 2021.  Photo by Olivier Fitoussi/Flash90

The rate of women who reported side effects after receiving the first, second or third shot of the Pfizer-BioNTech vaccine against Covid-19 was almost double that of men, according to recently published Israeli research.

In a study led by Prof. Manfred Green from the University of Haifa that was recently published in Vaccines, researchers found that the rate of women reporting side effects for all three doses of the vaccine was 1.9 higher than men, and that the most substantial side effects were reported after the second dose.

“We don’t know what the mechanism involved is, but it might have to with differences between men and women in terms of the immune system or in the approach to side effects,” says Green. “One possibility is that women’s immune system reacts more to external stimuli than men’s.”

The data for the study was collected from reports submitted to the Health Ministry by people over the age of 16 between December 2019 and June 2021; from a survey carried out among 923 participants over the age of 30 in June 2021; and in two more surveys conducted among people aged 20 to 65 in September 2021.

UNCOVER ISRAEL - Get the ISRAEL21c
Weekly Edition free by email
Sign Up Now!
Bring Israel's story to life.
Millions of people around the world rely on us to gain a deeper understanding of Israel. We are the trusted source for original content you won't find anywhere else.
You can make a difference. Donate today to support journalism that brings Israel’s story alive.
SUPPORT ISRAEL21c
Read more on:   News, Health, Covid-19 vaccine, University of Haifa