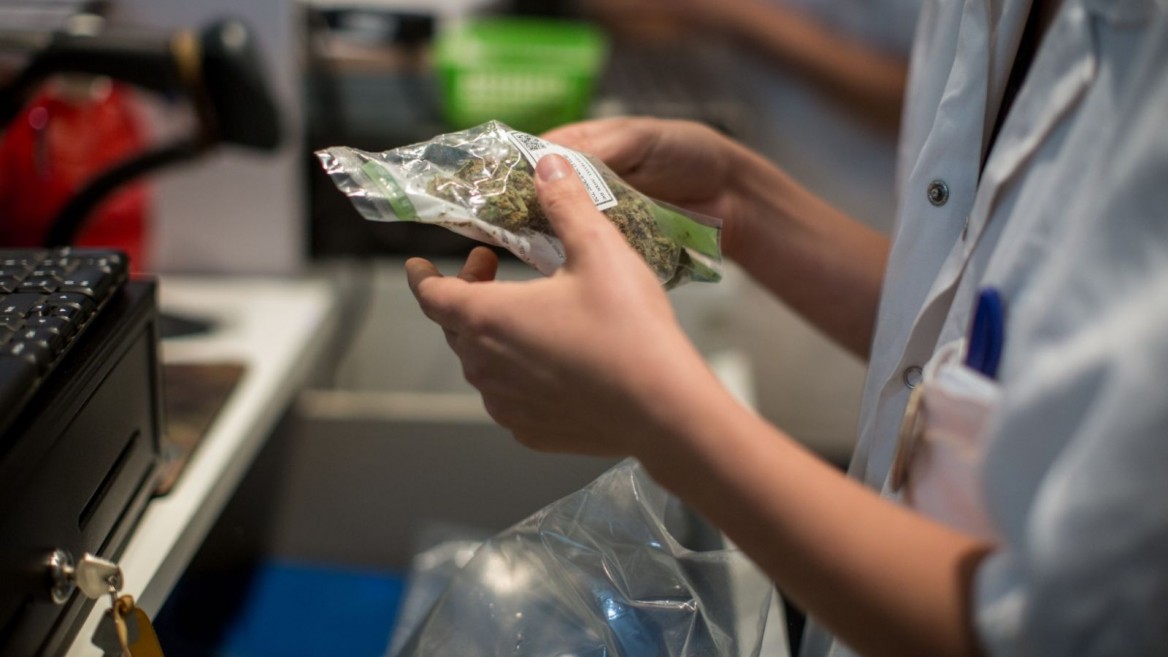 A pharmacist dispensing medical marijuana at the Tikun Olam store in Tel Aviv. Tikun Olam, operating under license from the Israel Ministry of Health since 2007, is the first, largest and foremost supplier of medical cannabis in Israel. Photo by Hadas Parush/FLASH90

Medical marijuana users experience significant pain relief and improvement in function while suffering only minor side effects, according to a new study by Prof. Pesach Shvartzman of Ben-Gurion University of the Negev (BGU).

This was the first study on the characteristics of patients who have permission from the Israel Health Ministry to receive treatment with medical marijuana.This type of therapy has become popular and accepted over the last few years in Israel, with approximately 20,000 registered users and 50 more approved each week by the Health Ministry.

“Although medical cannabis has been legal for a decade and is licensed to patients to relieve pain and other symptoms, there has been no information about the users themselves,” Shvartzman explained.

The study examined more than 2,000 cancer and non-cancer patients using medical marijuana with a focus on their socioeconomic characteristics, dosages, previous treatment, treatment safety and side effects, as well as overall treatment effectiveness. Patients were interviewed by telephone in the first three months of treatment and subsequently every four months for two years.

Users reported in later interviews that their pain, nausea, anxiety, appetite and general feeling of wellness had improved. Fewer than one in 10 stopped taking the drug due to side effects or ineffectiveness after the first interview, and only six percent after the second interview.

Nearly all of the participants (99.6 percent) sought a cannabis prescription after trying conventional medications that proved to be ineffective, while more than half (56%) had turned to cannabis because they were seeking a drug that causes fewer side effects.

Shvartzman presented his findings in May at the Sixth International Jerusalem Conference on Health Policy organized by the Israel National Institute for Health Policy Research.

Born in Uruguay, the 62-year-old expert in pain control and palliative medicine has set up a range of palliative care services in Israel’s southern region, including a home hospice, an outpatient pain clinic and Edy’s House – Ma’agan Beer-Sheva Community Cancer Care Center, a community support center for cancer patients and their families. In 1996 he founded the Sial Research Center for Family Medicine and Primary Care, the only one of its kind in Israel.