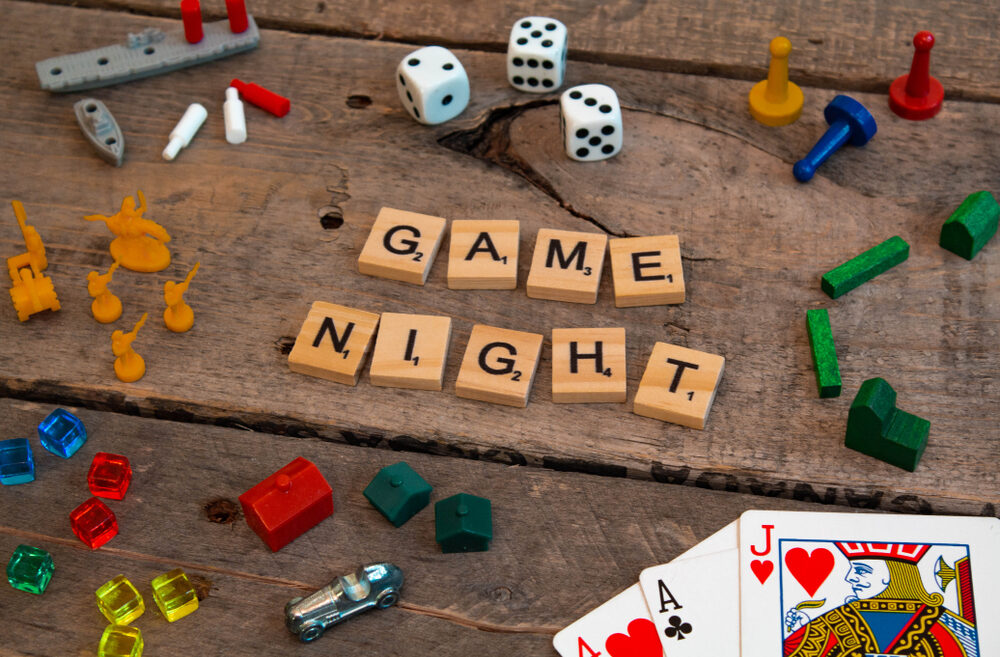 Who needs to go out when a fabulous night can be spent in? Photo by Mitch Hutchinson/Shutterstock.com

During the coronavirus crisis, humanity rediscovered how fun a great night in can be. With no restaurants, cafes or theaters to go to, we all got back to basics. You know, basics that include Thai takeout and family board games.

And while the restrictions that were imposed during the crisis are slowly being lifted in Israel and elsewhere, it looks as if staying is something that’s going to last a while. So whether you are still isolating at home or have just acquired a taste for armchair entertainment, check out these Israeli games for your next adventurous evening.

The ultimate family game, Rummikub was invented back in the 1940s by Ephraim Hertzano. In the following decades, the game gained immense popularity, even becoming a best-seller in the United States.

The point of the game is to use up the colorful tiles stored on the players’ racks in sets. As wholesome as that sounds, things can get pretty competitive and re-runs are inevitable, so make sure to set yourself aside a good couple of hours to play.

Another fabulous Israeli export, Guess Who is actually more famous abroad than it is in Israel. Created by husband-and-wife team Ora and Theo Coster of Theora Design in the 1970s, the game became a staple in households all around the world when it was marketed by game giant Hasbro.

The game involves two players asking one another yes and no questions to determine which of the 24 people manifested on playing cards your opponent selected. Young kids love it, and it gives them a great opportunity to work on their detective skills.

While the rest of the world has Uno, Israel has TAKI. Played by schoolchildren during recess and by recently discharged Israeli soldiers traveling the remotest spots on the globe alike, the game is suitable for about six years of age and up.

Each round takes about 20 minutes and involves getting rid of all your colorful cards as quickly as possible by matching their colors, numbers and figures with the ones already in the pile and pulling out all stops with special ones.

TAKI can be played by two to 10 players, making it an excellent choice for both a couple’s night in and a wider family affair.

Aimed at young kids but sure to delight their parents as well, Fruit Punch is a card game that comes with its very own squeaky banana.

Invented by Haim Shafir, the man behind TAKI and other Israeli classics, the game’s rules are pretty simple: players flip over cards until five of the same fruit are shown, at which point everyone tries to grab the banana and collect the cards. Eventually, the player with the most cards wins. Simple yet outrageously fun.

Hands down the box game with the best name ever, Ring-O Flamingo is also the brainchild of Haim Shafir.

The goal of the game is to use sling-like contraptions to fling lifesavers around the flamingoes stationed on the board while trying to avoid the neighboring alligators. This is way more difficult than it sounds and is sure to thrill young kids. Suitable for ages six and up, it can be played by two to four players. Hand it over to the children and go enjoy a cup of coffee.

Perhaps the hardest game on this list, Mastermind is all about strategy. Invented by Mordecai Meirowitz in 1970, it’s a code-breaking game for two where players must guess the color of the pegs hidden on the board using logic. It takes about half an hour to play, so ready yourself for some drawn-out battles with your otherwise loved ones.

Mighty Mice is a little game that packs a big punch, enabling players to choose one of two modes of play.

In the competitive mode, contestants vie against each other to place as many mice as they can on top of an elephant tower without them falling. The first person to get rid of all their mice wins. The second option is more cooperative and involves all the players trying together to place the mice on top of the elephant structure. When all the mice are placed on the elephants, everyone wins.

Suitable from age four and up, this lovable game is sure to get your at-home party going.

A fun little game, Last Mouse Lost is a great option for occupying the kids for a few minutes while you focus on that Thai takeaway.

To play, players need to press down any number of mice they like in a single row, and the person left to press down the last mouse loses. The yellow rubber board is very easy to use, and the fact that no other props are needed is sure to spare arguments and agony. Suitable from the age of six and up.

Taking its cue from regular bingo, Zingo is a matching game that’s perfect for early readers.

Suitable for two or more players, the game involves a zinger machine that dispenses tiles for players to match with their cards. The first person to have a full card then shouts out “Zingo!”

Good fun is guaranteed, as well as a bit of educational reading and the feeling of being all grown up.

You really can’t go wrong with onomatopoeic games. CLACK! Is a magnetic stacking game where players race around to collect magnetic discs and stack them up as high as they can. Suitable for children age 5 and up, it accommodates up to six players at a time, making it a great option for full family fun.