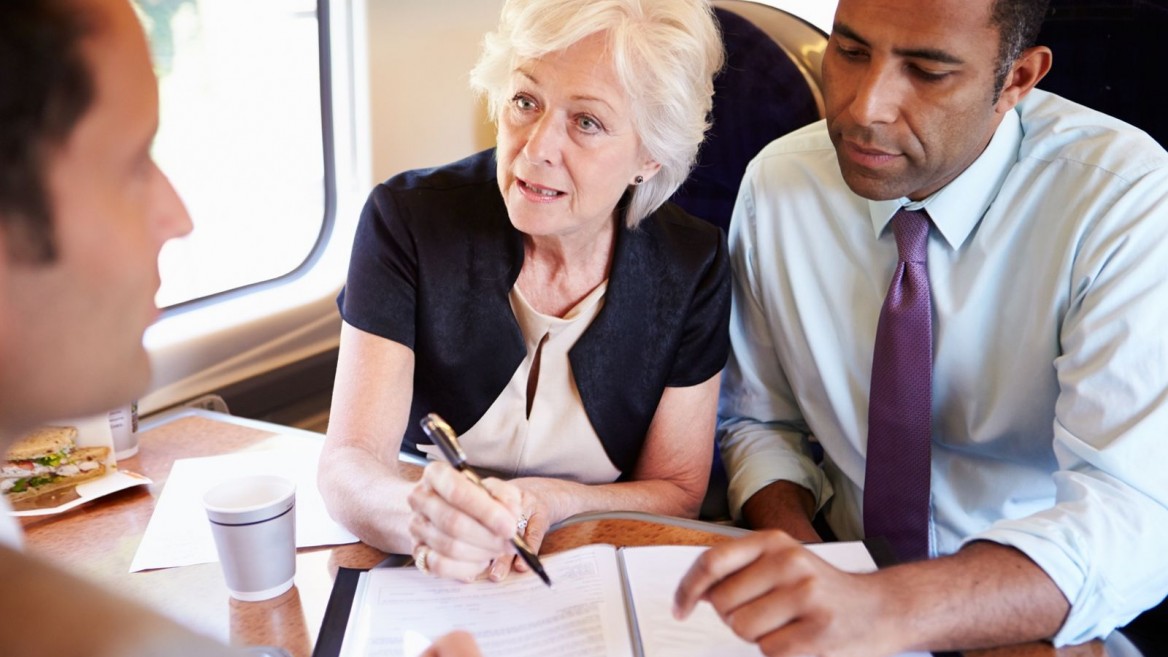 If you have a great idea for a company but don’t live near the startup hubs of Tel Aviv, Jerusalem or Herzliya, it’s tough to grab the attention of investors and potential partners.

So Terra Venture Partners in Tel Aviv dreamed up a novel way to get budding entrepreneurs on board: Invite them to make elevator pitches aboard the MoneyTrain, a locomotive that will make 30 stops along a 320-kilometer route from Nahariya to Beersheva on December 15.

About a dozen investors, business mentors and corporate representatives have agreed to ride the train and evaluate pitches from 150 vetted startups from a broad range of fields.

“The goal is to develop the periphery startup communities of Israel,” says Gil Abrams, director of business development at Terra Ventures. “We wanted to give them access to investors and high-level corporate reps, who you won’t find in the same quantity in cities like Ashdod, Netanya or Nazareth as you will in Tel Aviv, Jerusalem or Herzliya.”

He tells ISRAEL21c that Terra Ventures particularly saw a need to provide a platform of recognition for many talented entrepreneurs from Haifa and Beersheva, “although Beersheva is getting less and less peripheral because of the growing cyber-tech industry there,” he notes.

“The country is small enough that you can do the whole thing in a day, and the best way to do that is via train. It’s efficient and comfortable,” says Abrams.

Israel Railways agreed to provide a train car, and some of the municipalities on the MoneyTrain route will decorate their railroad stations with red carpets and balloons. The international network of WeWork co-working spaces, which just opened a branch in Beersheva near the train station, is a MoneyTrain sponsor and will greet the locomotive’s arrival with a party before the train heads back to Tel Aviv.

Sponsors of the MoneyTrain include Bosch VC, Tyco International, Motorola Solutions, Poalim Hi-Tech, Vertex Ventures, the Tel Aviv-Yafo municipality and the Tel Aviv Stock Exchange (TASE). The day after the event, December 16, TASE will host a closing ceremony at which a prize will be awarded to the top startup based on analysis of investor evaluations.

“Currently, startups in Israel’s periphery don’t get the same exposure to investors and mentorship as their more centrally located counterparts, eroding their growth prospects. At the same time, investors and corporations are always looking to build a competitive edge through innovation, which creates an opportunity to bridge this gap between the parties,” says Abrams.

Startups have until late November to apply for a spot on the MoneyTrain. Those accepted will get onboard at the stop closest to home and make a series of five-minute one-on-one pitches followed by questions and answers. Each startup rep is expected to stay on the train for about 45 minutes before the rolling group of investors pulls out for the next station.

UNCOVER ISRAEL - Get the ISRAEL21c
Weekly Edition free by email
Sign Up Now!
Bring Israel's story to life.
Millions of people around the world rely on us to gain a deeper understanding of Israel. We are the trusted source for original content you won't find anywhere else.
You can make a difference. Donate today to support journalism that brings Israel’s story alive.
SUPPORT ISRAEL21c
Read more on:   Technology, MoneyTrain, israeli startups, Israeli innovation