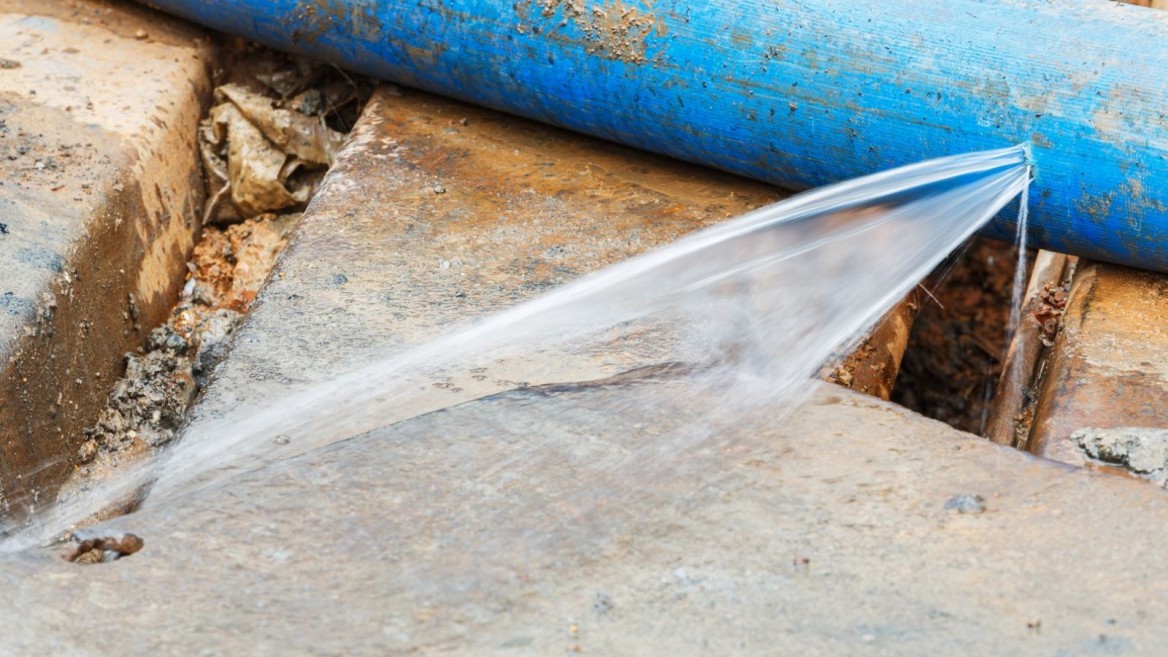 Leaks in water systems are a costly headache for utilities everywhere.

The World Bank estimates that, on average, 30 percent of a utility’s drinking water (up to 50% in places with old or unreliable infrastructure) is “non-revenue,” lost mainly to leakage. The collective price tag is billions of dollars per year worldwide, not to mention the environmental concern of wasted water.

Israeli companies such as TaKaDu, Aquarius Spectrum and the Arad Group have come to the rescue with smart water solutions used across the world with the goal of reducing the estimated 46 billion liters of drinking water lost every day.

Now there is a new approach from the Israeli startup company Utilis that uses existing satellite imagery to pinpoint underground leaks.

Requiring no software or hardware installation at the utility, nor any manpower on the ground, the Utilis solution uses spectral aerial imaging from satellite-mounted sensors to spot leakage in distribution pipes over thousands of square kilometers at once.

The images are processed with a patented set of algorithms that detect the unique “signature” of drinking water (as opposed to, say, rainwater or swimming-pool water). The customer gets a detailed graphic leakage report overlaid on a map with streets, pipes and information on the size of the leak.

“It’s like the difference between a doctor diagnosing a problem by symptoms and an MRI seeing where the problem actually is,” says Chief Operating Officer Elly Perets. “While other smart water technologies look for signs of water, we see the water leaking under the ground.”

Even before formally debuting at the 2015 WATEC expo in Tel Aviv in October, the Rosh Ha’ayin-based company was signing its first deals. The expo brought additional interest from utilities in North and South America, Australia and other countries.

“We were overwhelmed by the response to our technology and the feedback we got,” says Perets.

Looking for water on distant planets

The idea of using readily available satellite images to detect underground leaks originated with Lauren Guy, now 29, who used these images to look for water on other planets during his studies at Hebrew University and Ben-Gurion University from 2007 to 2012.

After finishing his master’s degree, Guy became aware of the vast extent of the leakage problem and decided to put his knowledge to practical use in remote sensing. If microwave imaging could penetrate the atmosphere, he reasoned, it could also see through the ground.

“There are leak-detection solutions using infrared or thermal imaging but no one else we know of is using microwave imaging from satellites without setting a foot on the field,” Guy tells ISRAEL21c.

“It’s like the difference between a doctor diagnosing a problem by symptoms and an MRI seeing where the problem actually is.”

He and Eran Nevo, formerly VP R&D at email marketing firm Truvle and now Utilis CEO, founded Utilis in 2013. Guy wrote the algorithms and Nevo led the company to a successful launching in international markets.

The images come from commercial and research satellites already in the air, Perets explains. “Theoretically, we could even go to a potential customer with a finished report in hand, because the images are readily available to access and analyze these photos.”

The privately funded company, currently seeking investment, sells its service to utilities on a monthly, quarterly or seminannual basis. The periodic leakage reports can detect early leaks and also verify the effectiveness of repairs.

“Three gallons an hour is the benchmark when utilities start actively looking for the source of the leak,” says Perets. “The smaller the leak, the longer the time it goes undetected. In most cases, the leak is detected only when a pipe bursts.”

Considering that a cubic meter of water costs a utility between 80 cents and a dollar, even those small leaks are costly.