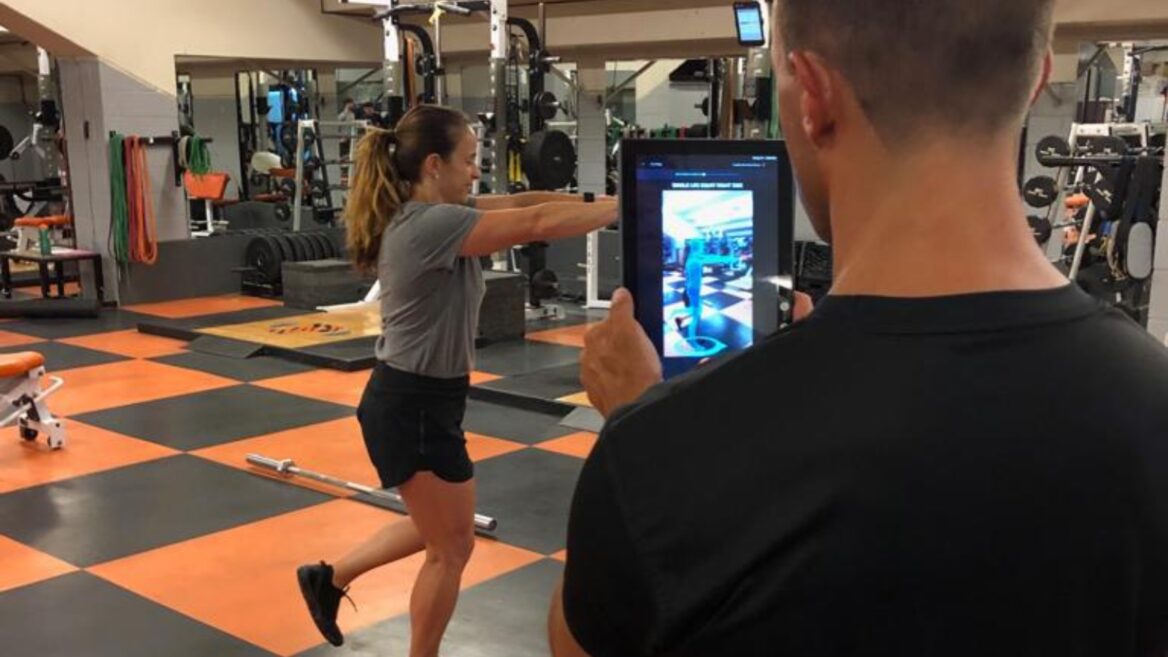 An athlete being assessed with a Physimax system. Photo: courtesy

Musculoskeletal injuries in professional sports can cost a small fortune. For an NBA player who earns on average $5 million a year, his team loses $60,000 for every game the player misses.

Among amateur athletes, some 3.5 million kids in the United States alone are injured every year playing sports, according to the American Academy of Pediatrics.

The most common kinds of musculoskeletal issues are overuse injuries. That’s where an individual does the same action repetitively, whether it’s shooting a basketball or sprinting toward the goal line.

“It creates a sort of micro-trauma on the body,” explains Ram Shalev, CEO of Physimax.

Since 2013, this Israeli startup has been using video capture and artificial intelligence to assess athletes’ physical abilities and endurance in real time. Israel’s Start-Up Nation cycling team is considering testing the system ahead of its participation in this June’s Tour de France.

Here’s how Physimax works: Standing in front of a smartphone or tablet camera connected to a laptop running Physimax’s software, the player does a series of actions such as squats and jumps. The technology measures movement and musculoskeletal function to identify risk factors and improve athletic abilities.

Artificial intelligence enables Physimax to compare the captured visuals with data stored in the cloud. That can help pinpoint considerations such as lack of balance or symmetry, weakness or limitations in range of motion, muscle problems and areas with the most potential for injury.

The process takes less than 10 minutes.

Physimax testing is not a one-time thing. The system also recommends customized video workouts that can be run from the player’s smartphone.

These are followed up every few weeks – weekly, in professional sports — to compare improvement with a baseline.

Most sports teams don’t have the resources to train every individual privately, so the Physimax system groups players according to categories.

“A basketball player won’t get the same exercise sets as one would receive in a rehab facility,” Shalev says. 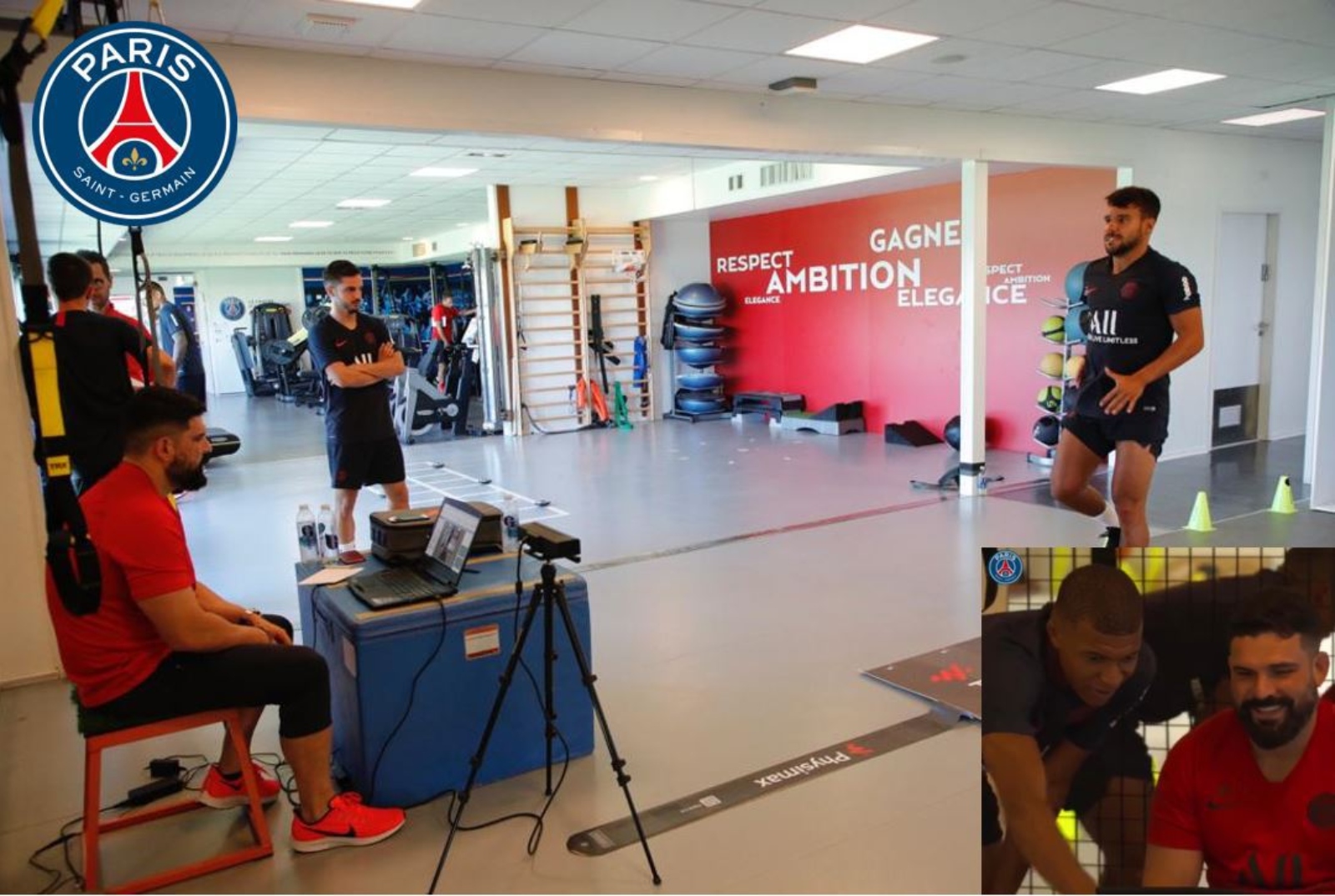 Division 1 college teams using Physimax include Princeton, Rutgers, the University of North Carolina and the University of Maryland (for which Shalev points out there have been no non-contact knee or ankle injuries since the university started using the system).

The system is available to organizations, teams and companies, not individuals. Shalev wouldn’t share specific pricing for the Physimax system, but it is per person, not per assessment, to encourage continued monitoring.

“It’s an inexpensive system since we don’t need any particular hardware,” he said.

Physimax’s competitors do rely on hardware, “whether it’s in a motion lab [which has six to 12 cameras that track an individual from every angle] or a set of sensors that is cumbersome to wear and not very scalable,” Shalev notes.

Physimax also saves its customers money since there’s no need for a live expert – it’s all in the app.

Overuse injuries on the rise

Kevin Kaplan, head team physician for the NFL team the Jacksonville Jaguars, told the Israeli business publication Calcalist that while professional athletes are faster and stronger than ever, they are experiencing greater fatigue these days because they start playing from a very young age.

Furthermore, a study conducted by the University of Wisconsin–Madison’s sports lab between 2016 and 2018 showed that kids as young as 12 practice just one sport at least eight months a year. Such specialization results in a 125% jump in the likelihood of damage to ligaments, tendons or cartilage, compared with young athletes who practice more than one sport.

A young basketball player can easily take part in 1,000 organized games between the ages of seven and 19, Kaplan said. “That is simply too much for a young body.”

Overuse injuries in the military, on the other hand, can be a matter of life and death. 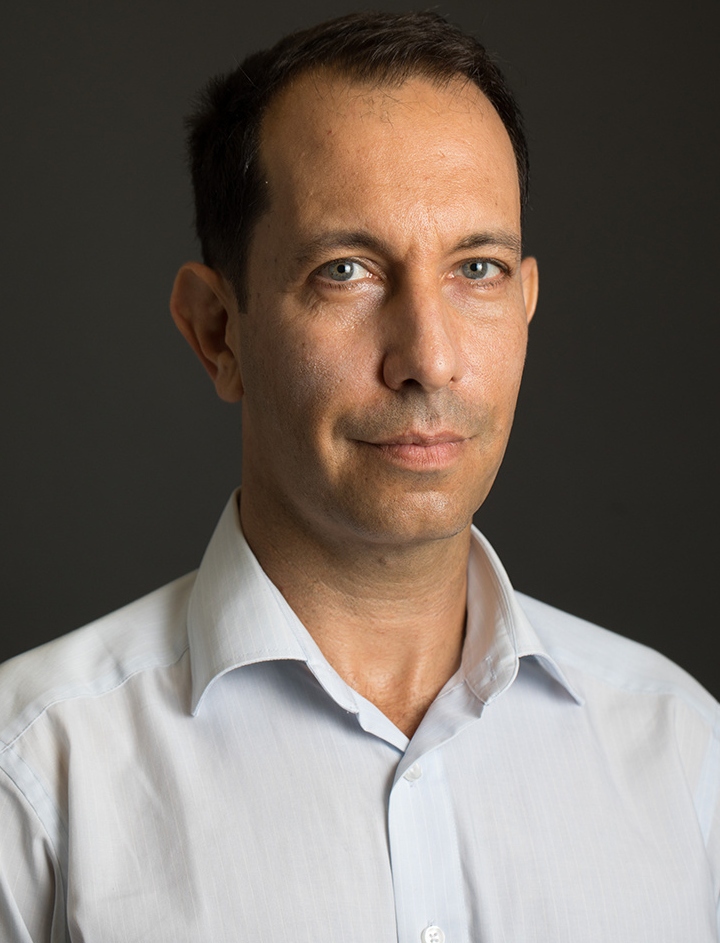 “A young person who joins the military these days has often led a sedentary lifestyle and needs a lot of help,” Shalev explains. “And yet training courses are getting shorter and budgets are going down.”

A 2018 study of 20,000 Israeli Defense Force soldiers found that 25% sustained injuries, with “overuse injuries responsible for the most lost training days and attrition.”

Most injuries were in the lower back and lower limb regions, resulting in an average of nine missed training days.

Shalev and his team tested the Physimax system at the US Military Academy at West Point. Other Physimax military clients include the US Marines and Rangers, and the IDF Battalion Commander College. 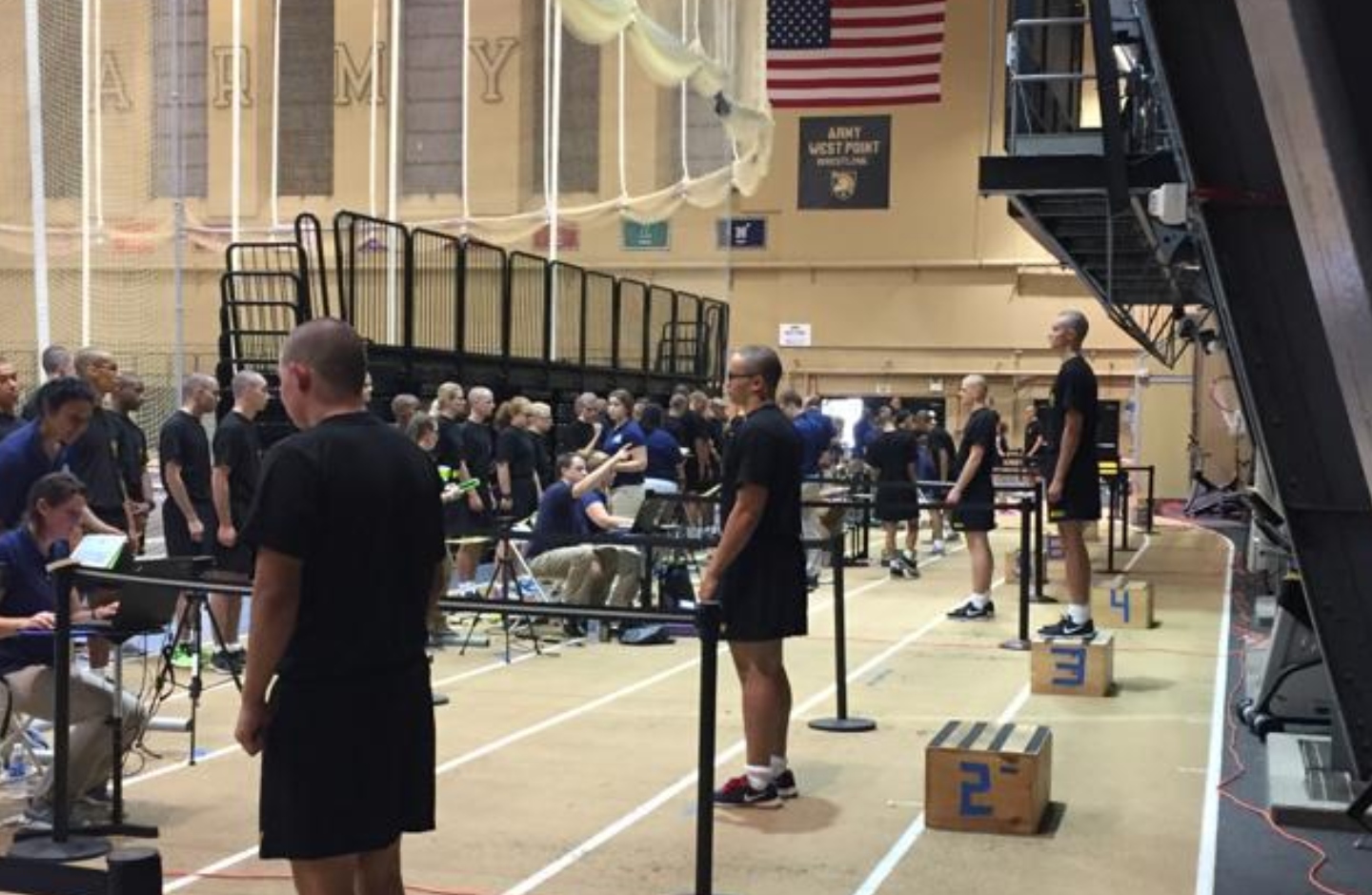 Physimax was tested at the US Military Academy at West Point. Photo: courtesy

Physimax has some overlap with another company ISRAEL21c looked at recently: Israeli startup PlayerMaker, which helps soccer players with training and minimizing injuries.

Shalev came to Physimax from the healthcare industry – he was in charge of the rehabilitation center at Sheba Medical Center. “I was very much in front of both injuries and high-end tech,” he says.

For more info or to schedule a demo, click here.